by Abdul Saad
in Anime and Manga, Opinion
4

Laughing Under the Clouds DEALS

‘Laughing Under the Clouds’ or Donten ni Warau, as the anime adaption is usually known by is author Karakara Kemuri’s signature manga that didn’t appeal to me at first but managed to intrigue me by the end of its first volume. 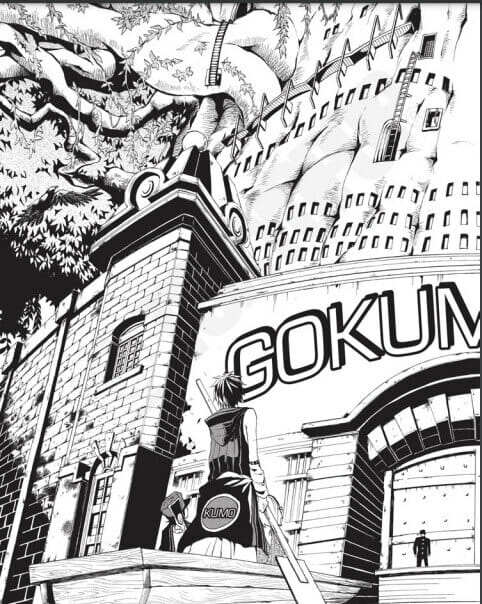 In a world where Japan’s Edo period is undergoing changes into the modern era, samurais have all been disbanded, and the crime rate has skyrocketed as with criminals rampantly escaping traditional prisons as a result. To battle this, the government creates an inescapable prison called the Gokumonjo, built in the center of lake Biwa. The manga follows Tenka, Soramaru, and Chutaro, three brothers of the Kumo Clan whose sole job is to transport said criminals to the impenetrable fortress.

The manga begins by showing us the brothers’ dynamic but focuses more on Soramaru, the second brother who has an inferiority complex to his older brother and tries to live up to his strength. However, after the short, touching, yet unremarkable tale introducing the brothers, the story then shifts to the volume’s main event with a story called ‘Fleeting Laughter.’ This story takes place six hundred years before the events of Laughing Under the Clouds and succeeds in putting some things into context and foreshadowing the events to come in the main story. The Basic Opening and the Better Prelude

I must admit that I much preferred this story to the first as it entertained me more and showed a lot more depth in its story. The story follows a man named Hirari of the Abe clan and his infatuation with a woman named Botan who’s a Shikigami made by the Abe clan for the sole purpose of sealing a great and evil demon snake named Orochi, alongside two other men named Kagemitsu Kumo (who the three brothers are a descendant of) and Kiyotsuna Sasaki. This creature appears every three hundred years to bring chaos to the world (kinda like Ganon in The Legend of Zelda series). While the plot admittedly sounds basic, I still enjoyed the main character and his interactions with others. It also helped that he didn’t act according to a bland cliché like the characters in the previous story.

Compared to the first story, Fleeting Laughter also does a lot better at explaining the world’s lore and history in a cohesive way and not via a few rushed and bare bones chapters. While the exposition isn’t perfect, as there are some characters we learn next to nothing about, it still did a much better job at making me care for the characters we do learn about. And seeing as this story serves as a prelude to the other, one wonders why the author didn’t make this story the proper introduction to the series. 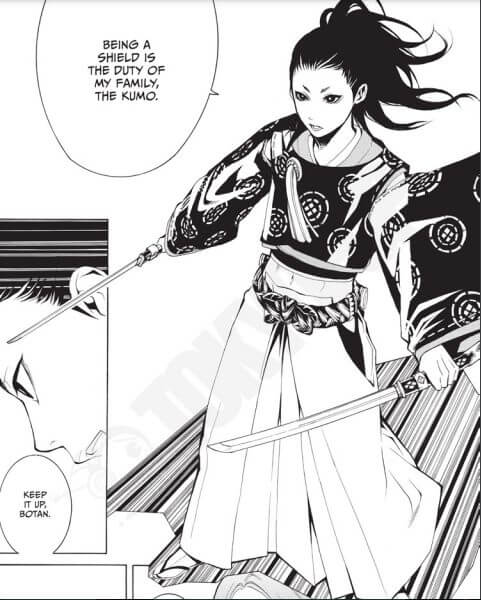 As for the art, I was glad to see how well Kemuri’s art style depicted the feudal Japanese aesthetic, showing off outfits, backgrounds, and tools synonymous with the era. I especially enjoyed the crisp character designs, which draw more attention in lieu of the less detailed backgrounds.

As you might have probably guessed, my main issue with this manga is its rather unsatisfying first story, coupled with how unremarkable it is as an introduction. This is a shame too, as the concept of an inescapable prison in the midst of Japan’s transitioning period sounds like a fantastic premise. Yet, we see very little of it explored and we’re instead forced a rather mediocre story focusing on the brothers. Nevertheless, I’d say the manga redeemed itself by its second half. I’ve yet to watch the anime adaptation or read the subsequent volumes, so hopefully the next volume does a better job at expanding on its premise and giving us a good, preferably not clichéd, story featuring the three brothers.

A copy of this manga was provided for review by TokyoPop

Have you seen or read Laughing Under the Clouds? What’s your favorite manga? Let us know your thoughts in the comments section below.

Laughing Under the Clouds

Laughing Under the Clouds has an interesting premise. It's a shame we see very little of it explored and we’re instead forced a rather mediocre story in the first volume. Thankfully, it redeemed itself with its objectively better second half.

Laughing Under the Clouds DEALS

$7.49
Tags: Anime and Manga ReviewLaughing Under the CloudsMangaTOKYOPOP
Previous Post