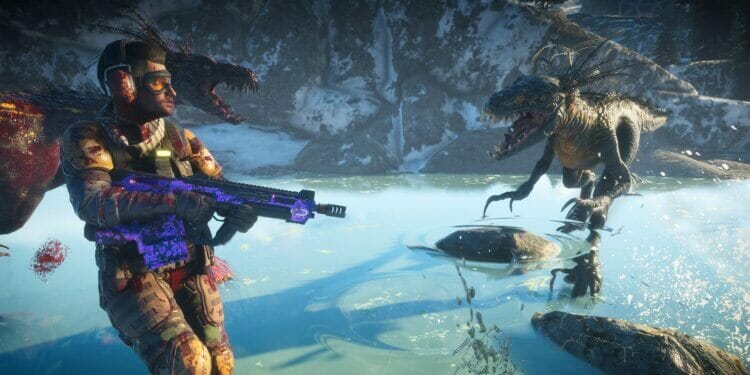 Second Extinction, Systematic Reaction’s co-op dinosaur first-person shooter has been announced. April 28 is the day when the title drops, and it drops on the Xbox One, Xbox S/X and PC. If you have GamePass you get it on launch day as well, once again Microsoft showing the gaming world just how great their game service is.

The title is a three person co-op shooter that takes place in a post apocalyptic wasteland where dinosaurs roam the Earth. Systematic Reaction tells us of the perks of being a Microsoft fanboy,

Xbox and Microsoft Store players will have full access to all the content currently available in Second Extinction on Steam Early Access, where it first released last fall. Since then, the game has continued to grow through frequent content updates guided by community feedback, introducing new weapons, challenges, dino mutations, War Effort emergence events, gameplay improvements and more.

I’m excited for this, the last dinosaur game I played was Dino Crisis 2, and I need more dinosaur games in my life.