Now it’s time to join the Avengers! Crystal Dynamics and Square Enix’s Marvel’s Avengers released on September 4, 2020 for PC, PlayStation 4, and Xbox One. I know many of you already discovered the game as soon as it released, but many others have not played the title as of yet. For this reason I have decided to give you some useful tips and tricks when you struggle at first. By following this guide, you will be productive from the very start of the game and reach high levels in no time. Here is my complete Marvel’s Avengers tips and tricks guide.

Marvel’s Avengers is a Game As A Service (GAAS), and for this reason there are many things that you need to know before starting to play the game. Sometimes you may wonder what you need to do to better manage the equipment or the loot. In particular, the latter can be quite complex to manage for a newcomer and could make you waste a lot of time unnecessarily.

However, a few tips and tricks will be more than enough for you to help you immediately understand how to deal with the incredible amount of objects you will have at your disposal. In addition, there will be some tips on the combat front, to eliminate enemies quickly. Or on the exploration front I will explain how to discover the secrets that lie behind the maps.

In short, Marvel’s Avengers is a game that offers many hours of play, and it seems particularly useful that you do not waste time before fully enjoying the game. Furthermore, in this way you will arrive more quickly at the endgame, which reserves the most fascinating challenges for a title of this genre. 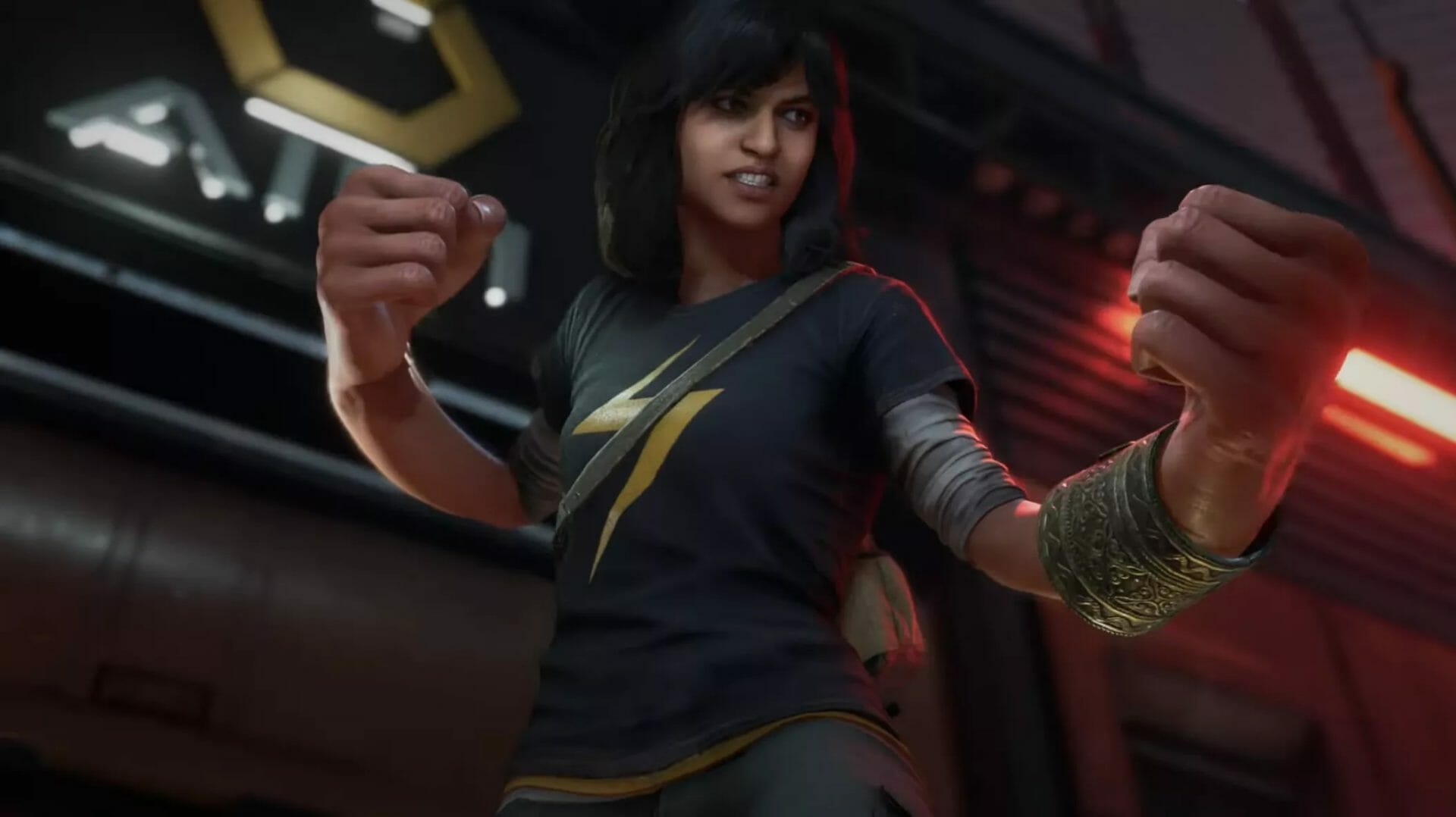 You will immediately notice that after a few hours of play, there will be loot of all kinds. It is important to know that each piece of equipment can be upgraded by spending resources obtainable during the missions. So, if you have some pieces of equipment you like, you can keep it even if you have stronger ones, just upgrade it by holding the square button on PlayStation 4 or X on Xbox One to make it valid.

The amount of times you can upgrade an item depends on the rarity. Also, by upgrading the items you will unlock passive skills, which will increase your stats or the power of some hits, for example. However, it can happen that having many pieces of equipment is really confusing. In this case, you just need to hold down triangle on PlayStation 4 or Y on Xbox One to dismantle an item, in exchange for receiving resources for the upgrade. If, on the other hand, you are lazy and you don’t want to know about stats and upgrades, you can hold L2 on PlayStation 4 or LT on Xbox One.

By doing this, the game will automatically equip the best available piece for you. Proper inventory management is essential if you don’t want to get frustrated with all the different numbers, so keep these tips in mind and you won’t have any problems. 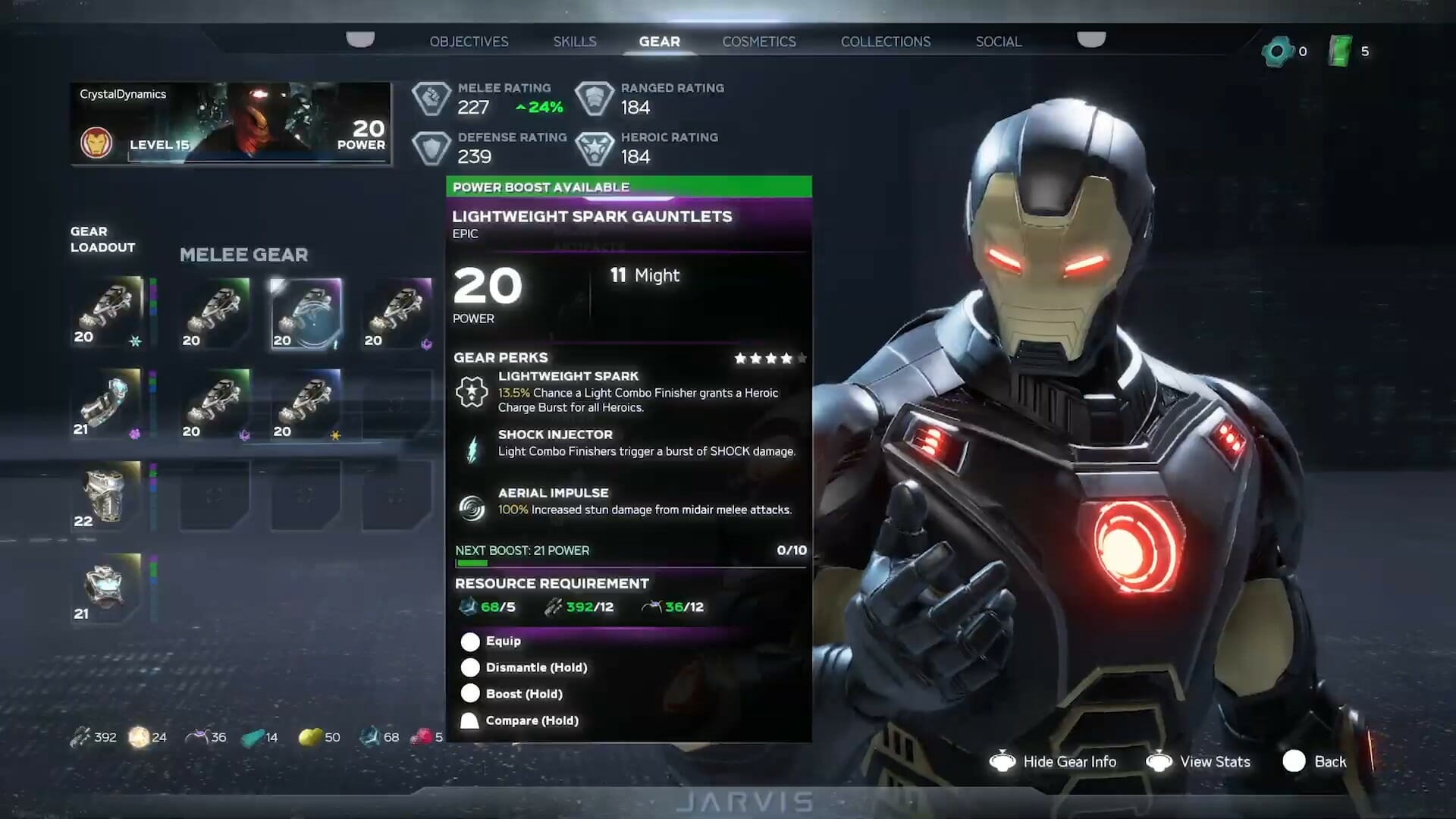 PREPARING FOR A MISSION

By playing the game, you will face a vast amount of missions. Here’s what you need to know before starting a mission on Marvel’s Avengers. The preparation of the mission is in fact one of the most important aspects to complete them at best. At the end of the mission you will receive a score starting from 5 stars, which will drop every time a hero falls in battle.

More stars mean better rewards, so pay attention to your equipment. For example, by pressing R2 on PlayStation 4 or RT on Xbox One, you will see the mission modifiers. The latter show you the dangers you will face, such as the presence of storms or particular elements in the attacks of the enemies. Take note that missions only unlock after a certain point in the story. There is also no shortage of secret missions, which are unlocked by carefully exploring the maps of the War Zones. Search for the keys to the vault to gain access to secret missions.

Let’s talk about exploration. In the game you will not only have to beat your enemies, the exploratory phases and environmental puzzles are also very useful to get rare and hidden objects. The best heroes to make use of are obviously Iron Man and Thor, given their ability to fly freely. Always listen to Jarvis during missions, as he will frequently point out the presence of hidden treasures nearby.

Also replay War Zones often. The primary goal will always be the same. The treasures and resources present in the mission will always be different, and it is likely that in different missions you will find different rare items. Keep in mind that once you get an item, you need not complete the mission to get it. In fact, it will remain yours even if you forcibly exit the mission. This little expedient could save you a lot of time.

Many times you will find yourself in front of closed doors with yellow lights (two to four typically) that you cannot open. Look for rectangular machines with a large hexagon placed in front of it. By hitting the hex, one of the yellow lights will turn blue. All you have to do is hit as many hexagons as there are yellow lights on the door to be able to open it.

Other times you will need to open a door from hard angles, but you don’t know how to do it. You will need to look for some radio towers, which have yellow circles around them. Use the ranged attack to turn that circle green. At this point you will be able to open the door with the treasure. These tips are very important to unlock the secondary areas of the game maps, which often and willingly hide many rare treasures.

FIGHTING FOR YOUR LIFE

Let’s move on to some combat tips. Here’s what you need to know to defeat the enemies present in Marvel’s Avengers before starting the game. Let’s start with your health. If you are in trouble, look for cylindrical barrels with a cross on them. Breaking them will restore most of your health. I enjoyed playing with Hulk as his assault ability (use R1 on PlayStation 4 or RB on Xbox One) and block ability (use R2 on PlayStation 4 or RT on Xbox One) is probably the most useful against the Syntoids. Focus on the most dangerous targets, even if they are surrounded by minions. The latter will stop arriving once you defeat the stronger enemy.

Get used to blocking often. Sure, dodging at the last second will slow down time for a few seconds, but parrying is very useful against groups of enemies. Finally, remember that when a circle appears around one of your companions, it means that the enemies have defeated them. Position yourself inside the circle for a few seconds to revive them. It will have to be your priority when this happens. 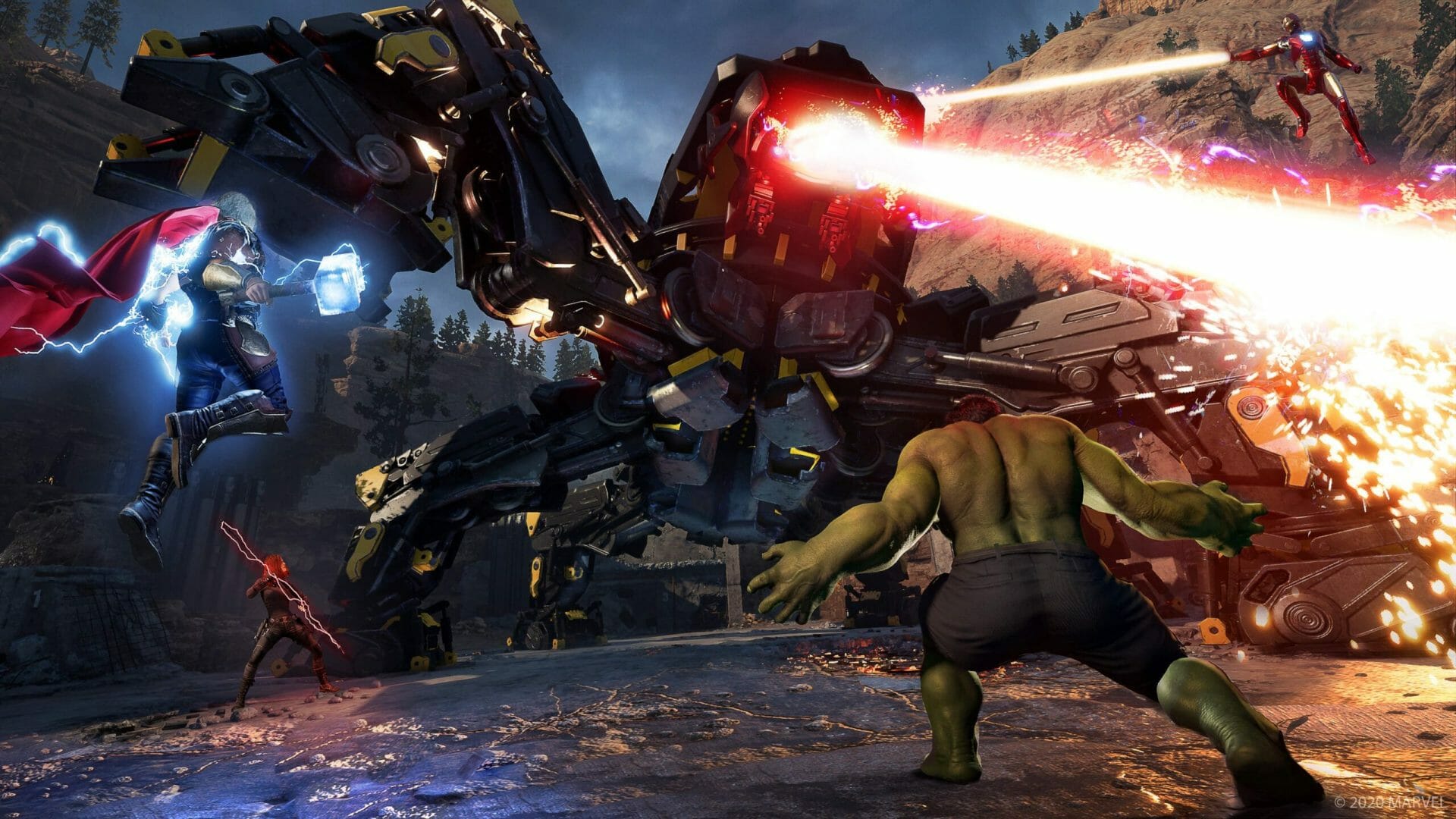