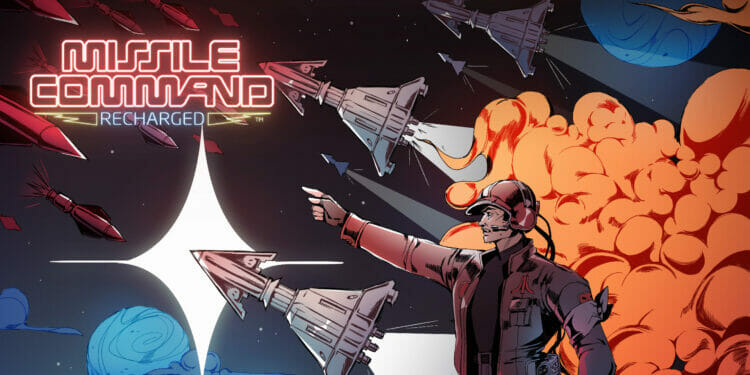 It is no secret that the Atari VCS will soon be attached to our televisions. There has been speculation as to what games would be hitting the console at launch. Atari and Nickervision Studios have let it slip out of the bag that an updated version of Missile Command: Recharged will be a launch game for the Atari VCS, coming Fall 2020.

Missile Command: Recharged is a reinvention of the 1980’s classic that some of us grew up with, I’m the ‘some of us’ on this website. You must defend your cities from a barrage of missiles by aiming your own missiles at them. The fast paced, quick reaction gameplay is what makes this title a classic. Check out our review for the mobile version of the game here.

The Atari VCS will be the premiere place to play Missile Command: Recharged. These are the reasons why…

Additional Key Features Include:
Previously released on Nintendo Switch, Windows PC, Mac, and Linux, as well as for iOS and Android devices, Missile Command: Recharged will launch digitally for the Atari VCS this fall through the Atari VCS Store, with additional games and content to be announced soon.

If you are interested in being an early backer on the ATARI VCS they suggest to get on this before August. Missing this deadline means you’ll miss the early adopter pre-order price. I don’t know about you, but cheaper is always better for me.
Tags: AtariAtari VCSmissile command: rechargedRetroTop Stories
ShareTweetShare
Previous Post

Rozi in the Labyrinth Licensed By Seven Seas Entertainment