Negan Clobbers The Competition in Tekken 7 This Month 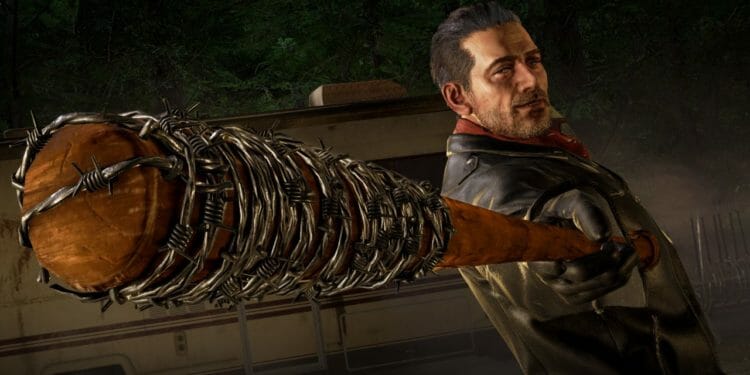 Negan will finally slugger up the bat in Tekken 7 this month after his surprise reveal at EVO last summer. Streamer/environmentalist Julia Chang will join the battle alongside him.

The two characters will release on February 28th for players who bought Season Pass 2 or those who want to buy them separately.

Negan, from The Walking Dead, has a vicious fighting style as he pummels his opponents on the ground with his beloved barb-wired bat Lucille. He is a dominant force who will take anyone down if they disobey his authority.

Julia retired from being the wrestler, Jaycee, and is now focusing on her environmentalist efforts. However, she needs to earn money from The Iron Fist tournament once more. She can’t find any backers, but she hopes if she defeats Kazuya Mishima, she could gain the attention needs to gain the funding required.

Julia Chang made her first appearance in Tekken 3 and tried to save her adoptive mother, Michelle, from the hands of Heihachi Mishima. He was using her pendant as a way to awaken Ogre. After the events of T3, she then joined the G Corporation in an effort to bring back the balance of the global ecosystem.

In our review for Tekken 7, we said, “Tekken 7 is an outstanding fighting game mixed with a disappointing story mode and subpar online system. With over 30 unique fighters to choose from and the new additions to the once stale formula, Tekken 7 is a bright spark in the series but there is room to improve.”

The Walking Dead is currently in its ninth season with its eleventh episode airing on February 24th.