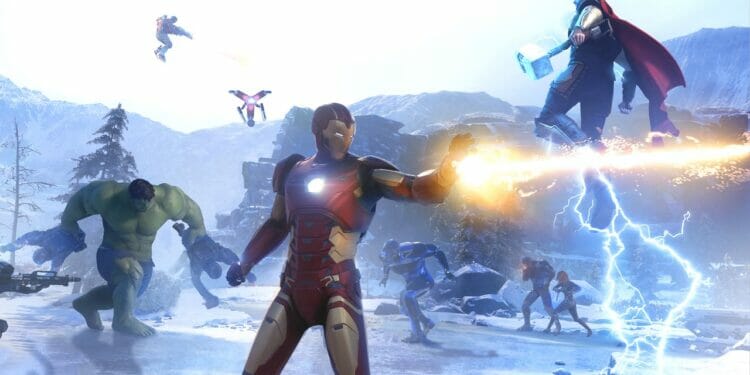 Patches are generally a good thing. They typically improve a game’s stability, add necessary features, and make the game better to play. However, in the case of Marvel’s Avengers’ latest patch, it wasn’t all sunshine.

The patch introduced the new character, Monica, and the Cosmic Cube event, but also something else. It introduced a bug that caused your Gamertag, date and time, and other numbers including your IP address to bounce from location to location as you play. Crystal Dynamics commented on the bug but did not mention IP addresses being shown.

We're aware of the issue where a floating string of text appears on the screen and are investigating. Thank you for the reports!

While this issue shouldn’t affect regular players all that much, it is obviously a huge issue for anyone looking to stream the game. But even so, if anyone gets their hands on your IP address, it could spell disaster either way. So it’s better to be safe than sorry.

The game has already been critically panned for its live service model. With a rather high amount of microtransactions, it’s easy to see why. When the game is also struggling with updates like these, it’s easy to see why Avengers isn’t the hot IP that Crystal Dynamics might’ve hoped for.

It took an entire day for Crystal Dynamics to realize the severity of the issue and release a hotfix.

We are currently testing a solution to the issue of personal information, including the player's IP address and username, being displayed on screen on PS5 and plan to deploy a hotfix tomorrow at around 8AM PT.

A Fix Is Released

The hotfix should have been released at the time of writing this article since it was planned for 8 AM PT. The official Twitter account has not mentioned the hotfix actually being deployed though, so we recommend not streaming the game or sharing screenshots until Crystal Dynamics gives confirmation the bug has been fixed.

It really is troubling how this issue has not been properly acknowledged. Marvel’s Avengers has still been running despite the issue when the servers should have been taken down to prevent people from accidentally doxing themselves. Hopefully, it gets resolved quickly today.

ABLAZE to Publish Versus Fighting Story and Crueler Than Dead Manga