With the current state of the world, sports fans will need a distraction now more than ever. It’s a good thing that video games are able to fill the void with some beloved sports games. Among them is the R.B.I Baseball series, which is back for its 2020 installment in the franchise. The question is, will R.B.I Baseball 20 able to meet some expectations or even pose a threat to the competition. 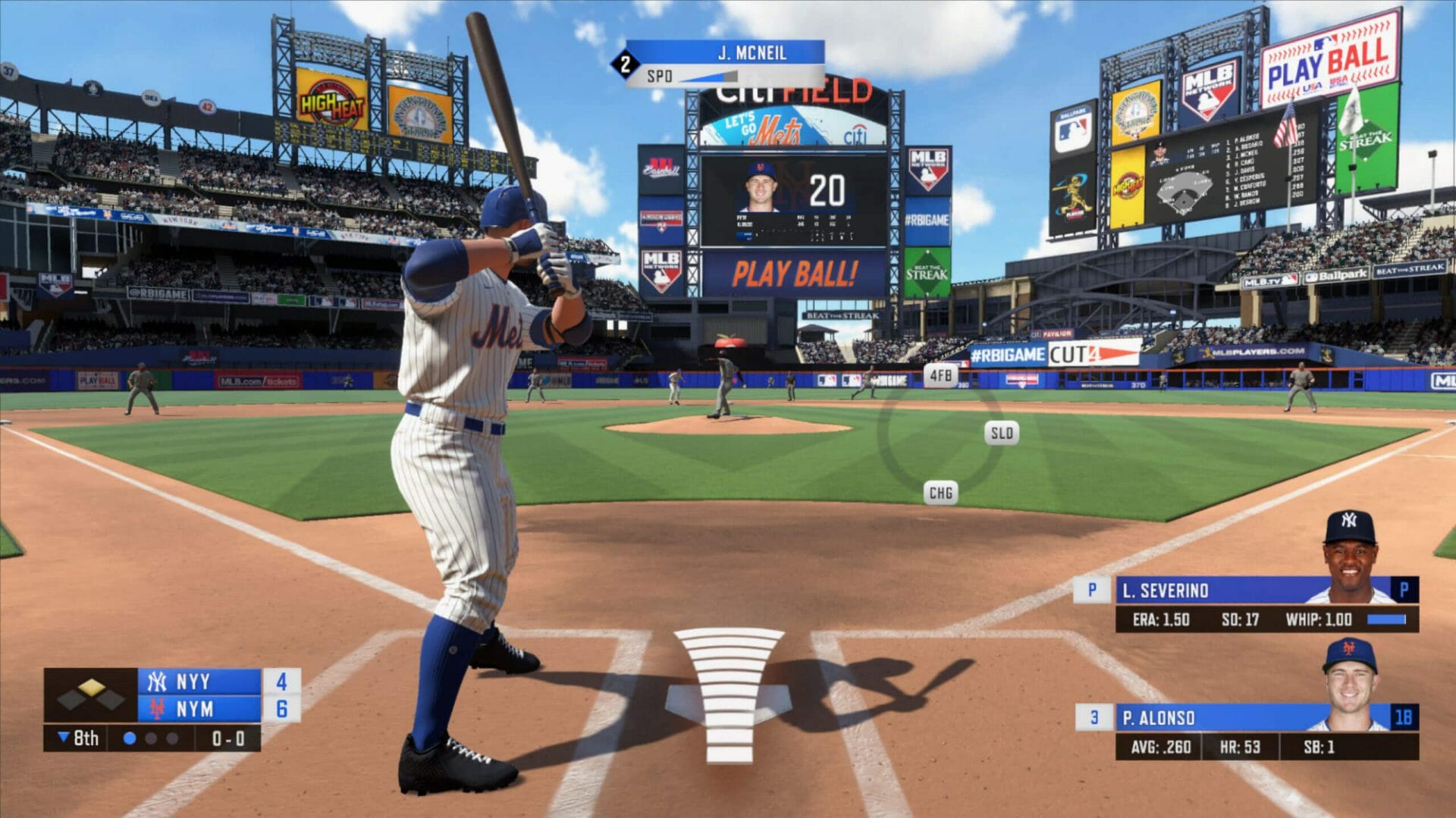 I haven’t played any game in the RBI series, but from my experience with its competitor MLB The Show, I do know how a baseball game should play and all the necessary traits it needs to be at the very least competent. Simply put, R.B.I Baseball 20 is quite lackluster in terms of overall enjoyment, as it is held back by too many gameplay issues and not enough content. It isn’t a bad game however, as this new installment brings some new things to the table, such as the all-new “modern system” for batting, pitching, and running which I will elaborate on first.

This new system especially shines in some areas such as the pitching and running. The pitching is my favorite as it gives newcomers like me a more natural way to set a location and style for the pitch. Another impressive new feature for pitching is how confidence and stamina affect your pitch effort and aim. Have too low, and it’ll be harder to aim, which gave the game a sense of realism. The running also feels natural and lets the player dive and slide for the ball when necessary.

However, the batting seems to have gotten the worst of it. With the new modern system, players will be asked to hold down their swing right before the pitcher throws, without having a measure of how hard or how long to wait to bat. This left me overwhelmed many times, so I was glad the game gave me the option to switch to classic mode, where the player is free to move around the batting box which helped a lot as I managed to hit the ball more frequently.

Aside its flawed batting, I still advise players go for the modern system as it is the better option overall. Which is why the freedom the game gives you to mix control types is a godsend; otherwise, it’ll be an unbearable experience to go through. 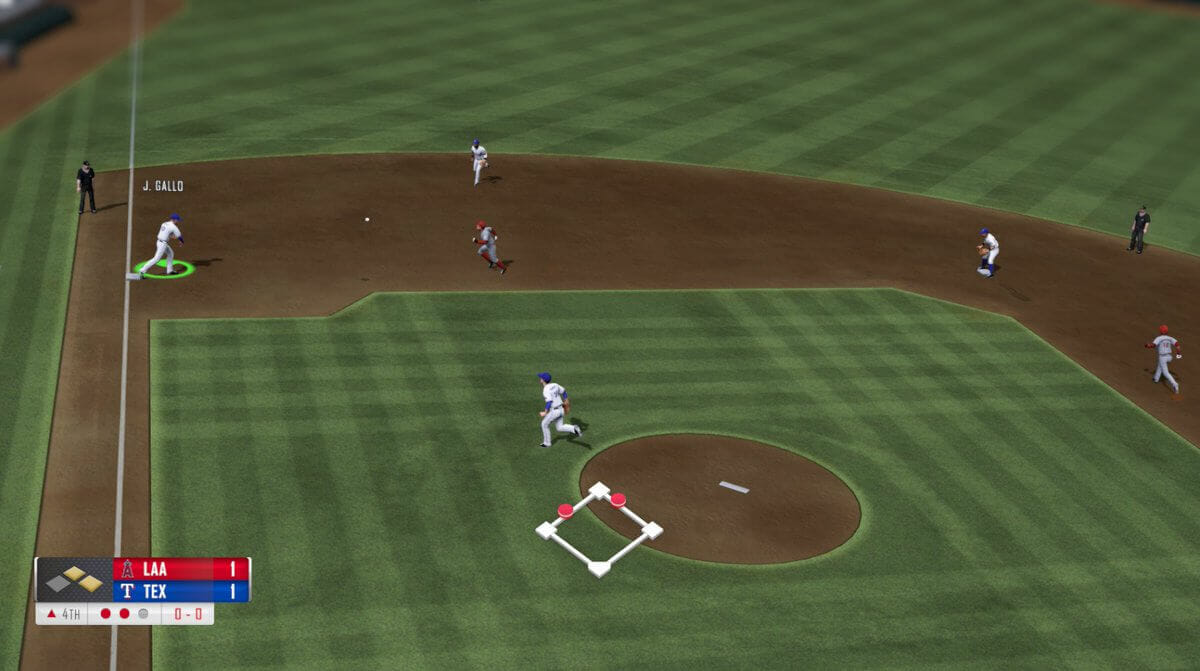 Still. I found my experience with the Exhibition modes, the most unappealing as the game is plagued with a bunch of technical issues, such as when a ball magically appears in the glove of the outfielder or when hits to the ball don’t register and fly through the bat even after you hit them.

Players also clip through each other frequently and move about the field like a bunch of motionless programmed AI (which they are, but still.) The lack of commentary left me underwhelmed and overall, each match left me dissatisfied. Even when I managed to get a few wins, I couldn’t show any enthusiasm.

Thankfully, there are other modes to play with aside the Exhibition mode, such as Home Run Derby, Franchise, and Online Play modes. What makes R.B.I Baseball 20 lackluster compared to some other baseball games available, is how it handles these modes.

First there’s Home Run Derby mode, which was just mindless fun. You pick a player, and you try to get as many home runs as you can. You’ll also be allowed to change the mode settings such as the number of rounds, time of day, stadium, and the music. You can also play it with a friend; which I appreciated the most. Other than that, there isn’t much else to do in this mode.

Then we have the Franchise mode which was just OK. It’s what you’d expect a manager system in a sports game to look like; a bunch of menus with trading and team management. You can sign some free agents, trade players to improve your roster, and some playable matches (which you can choose to simulate) mixed in. I notably  didn’t encounter any flaws in it, which was good.

Finally, there’s the Online Play mode, which was a bit more bearable than the usual Exhibition Mode as the option to play with a friend makes the experience much more fun and worthwhile. My only issue with the mode is that it took quite a bit of time to find someone to play with.

However, among the game’s negatives, there are some positives as well. One of which is the banger of a soundtrack they use between games and on the main menu. It does an excellent job of hyping you up before playing a game. What’s also great is the attention to detail with the camerawork, making you feel like you’re watching an actual baseball game. And while the animations can be atrocious at times, the visuals look smooth and lifelike.

I also enjoyed the way the game handled tutorials; giving players the accurate time and freedom to learn the basics before moving onto the advance types, while not forcing them to complete a specific challenge. It treats all new players as if it’s their first time playing the kind of sport, (which is great.) 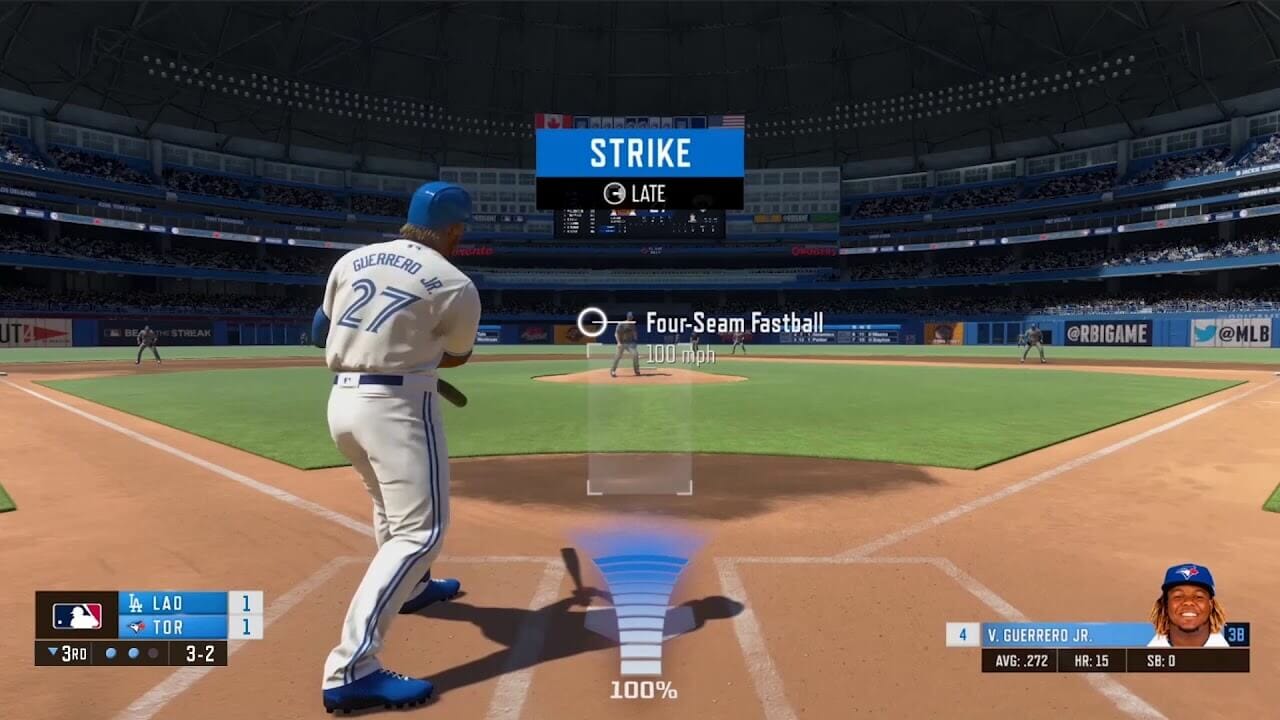 Overall, R.B.I Baseball 20 is not a competitor to the likes of MLB The Show 20; and it probably won’t be for a while either. However, it could be an introduction to the world of baseball games to newcomers, as it still offers players with new systems and improvements while it tries to better itself. It’s just too bad it falls short of being anything better than an arcade-y baseball game.

Have you played R.B.I Baseball 20? If not, would you? Let us know your thoughts in the comments section below.

R.B.I Baseball 20 could be an introduction to the world of baseball games to newcomers, as it still offers players with new systems and improvements as it tries to better itself. It's just too bad it falls short of being anything better than an arcade-y baseball game.

I love baseball – it’s my favorite sport. My love for baseball began a few years ago when I visited the first game ever. Then I started visiting them more often, reading about baseball players, and so on. And I’m glad that there are baseball games because I can’t play in real life, but at least I can do it R.B.I Baseball 20. And I was happy when I got a task in my uni to write a paper on our favorite sport, but not a simple paper, but with some exciting things, facts, and so on. And I found some interesting examples on Phdessay, which helped me to understand how I can make my own paper catchy and more interesting for others. And I think that I’ll also include some info about baseball video games, because gaming is very popular nowadays, and such info will be an excellent addition to the writing.