by Abdul Saad
in Game Previews, Xbox One Previews
0

Very few games can capture the mystery and depth of space exploration quite as well as The Persistence does. Upon launching the game, I realized it integrated the isolation of space travel as well as some other stellar Horror implementations quite nicely. I came into The Persistence completely blind. So it came to me as a surprise that this horror game was initially released in 2018 as a PlayStation VR exclusive. Now however, The Persistence is set to launch without VR exclusivity on PS4, Xbox One, and Nintendo Switch, on May 21st.

Upon realizing it was initially a VR game, a lot of its game design made more sense to me as while The Persistence is quite a refreshing take on the space horror genre; it still had a few minor design aspects that left me a bit confused. First I’ll talk about how The Persistence is a unique game amongst the rest like it. 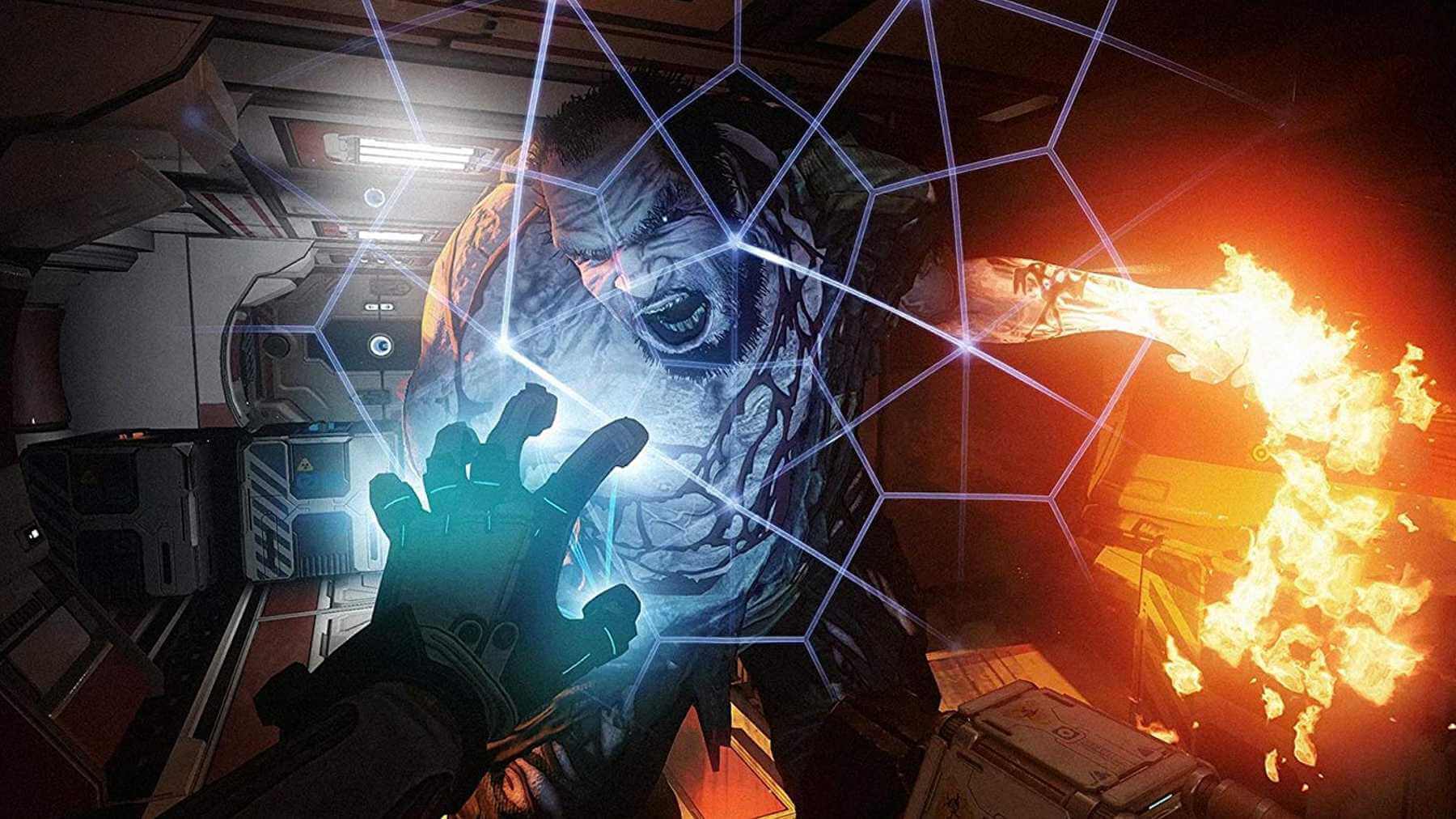 The player takes on the role of engineer Serena Karim, the only survivor in a space ship severely damaged by the effects of a black hole. As the sole survivor, she cannot fix the ship by herself, so she resurrects the ship’s security officer, Zimri Eder by using a cloning printer.

The thing about the printer is, due to many damages the ship incurred, the machine starts to clone crazy and incomplete ship crew, most of which are engineers themselves. So some will have their own set of tools or even weapons to use against you. Coupled with the malfunctioning and aggressive droids plaguing the ship, and the need to fix all the major damaged ship components one at a time, officer Zimri has a lot on her plate to handle. 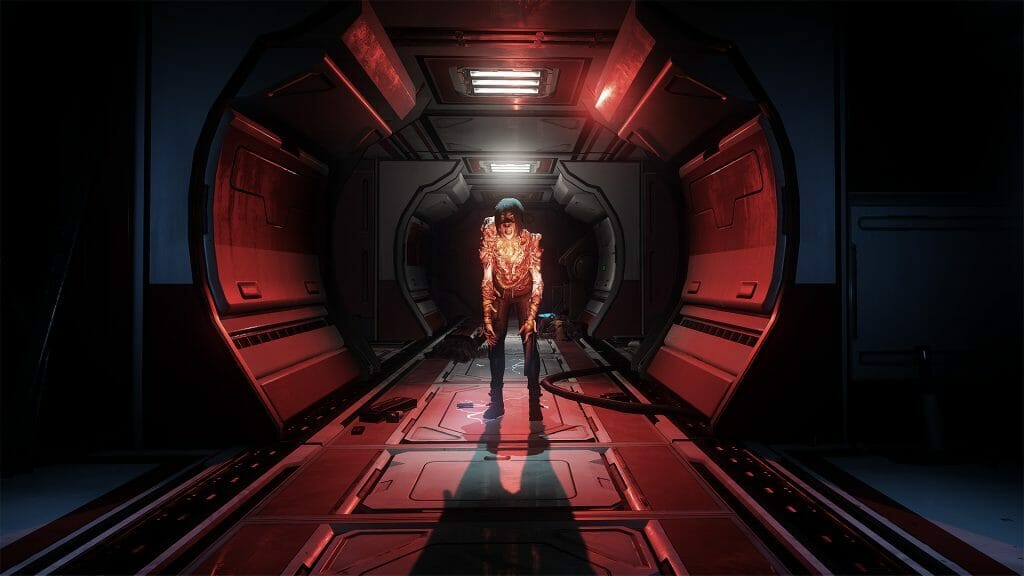 The first thing that stands out the most when playing The Persistence is the way it makes players feel a sense of isolation when wondering the halls of the space ship. You are very much a stranger to the environments, and the sense of unease is further enhanced by the enemy wandering about the halls with you.

Though these zombie-like enemies are not hard to defeat or even gather in large numbers, (at first a least.) What makes them a tad frightening is the way they move and haunt their surroundings, almost feeling human. The AI to these monsters is surprisingly competent as they’ll easily spot you if you aren’t careful. Once they do, they’ll be relentless in their attack to bring you down.

Luckily, the game offers you tons of weapons and gadgets to choose from in defending yourself. All of which are well designed and look very science fiction. 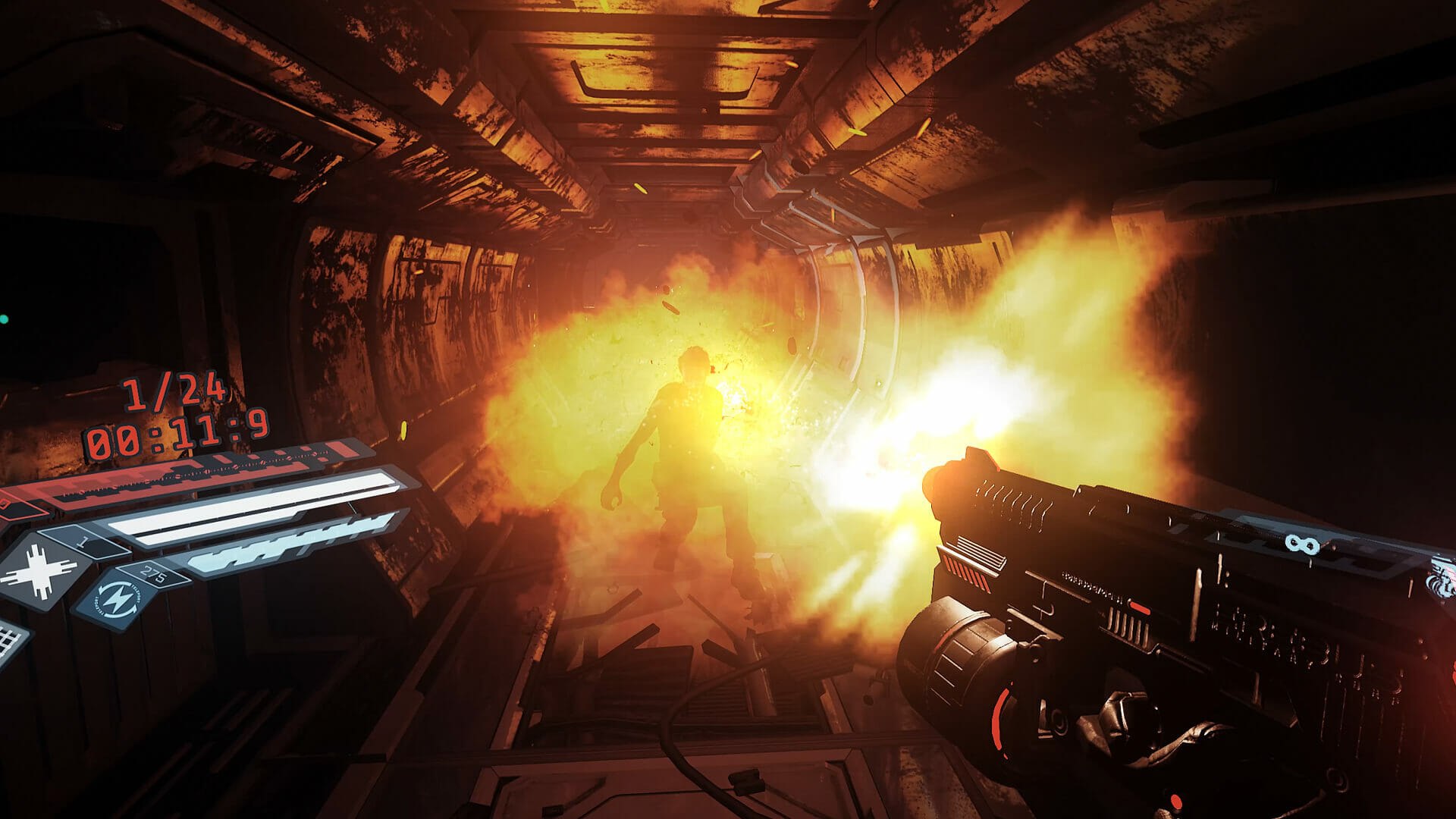 The Tools At Your Disposal

The first set of which you’ll be introduced to, include an energy shield that can block incoming attacks; this helps a lot especially when you’re being crowded. You’ll also have a teleportation device that helps with fast movement until it eventually has to recharge. Then there’s Super Sense; which highlights enemies in the vicinity, and finally The Harvester; a gun that can be used to harvest stem cells for enemies, which only works when you sneak up on them.

The stem cells you gain from them can further be used to improve the stats of clones. And since you move from one clone to the next once you inevitably die, it’ll definitely be helpful to improve them as you go through the game. To gain even more weapons however, you’ll need to use the various Fabricators the game includes, which acts as a sort of 3D printer whereby you put the materials and credits required to print one out.

There are many kinds of Fabricators. For ranged weapons, melee weapons, grenades, and other upgrades. You can either use these newly acquired tools at your disposal to fight threats head-on or sneak your way to your objectives.

Whatever methods you choose, however, won’t stop you from feeling a great sense of unease mainly because The Persistence is a roguelike that uses procedurally generated levels. This is justified in the narrative as the damaged deck modules of the ship that causes it’s layout to change whenever you die.

Not only does the layout change, but you also lose all items in your inventory. However, you still keep all your materials and credits as well as your progress on updates, which makes the game challenging enough to keep it interesting, while not making it too frustrating. 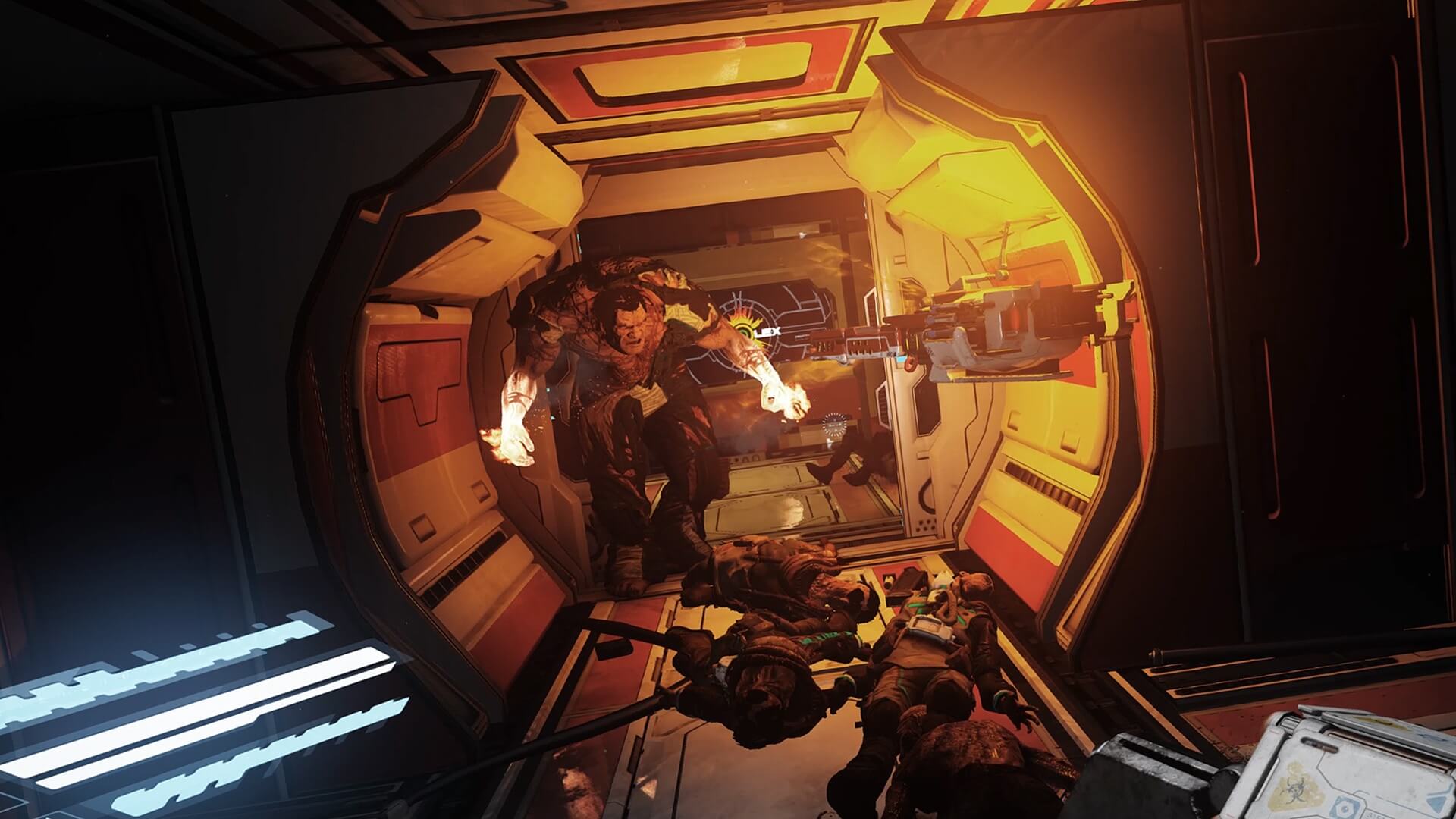 While The Persistence is a balanced and polished game, it still has some bad bits to it, most which stem from the fact that it was initially a VR game. For one, the controls are quite odd and take a while to get used to. You don’t push any buttons to pick up items or open doors. Instead, you just point your reticle at them, and they automatically get picked up. While not a bad design per se, I found it hard to get used to.

Another thing I found odd was how you don’t have the option to run from enemies, and with the teleportation use being very limited before it cools down, this quickly became frustrating. Then we have the aforementioned fabrication machines. While useful, they make you wait sometime after making a weapon or upgrade, before using it again.

I fail to see the point of this mainly because there’s absolutely no need to make players wait every time they craft an item. This especially becomes irritating when you want to craft more than one weapon or add to the already low supply of ammo each weapon comes with.

There’s usually no enemies around the fabricators either, so it doesn’t add to the suspense of avoiding them while waiting to craft your weapon so you’ll just be left standing there and waiting every time you want to craft some weapons. And in my playthrough, the wait bar did not fill up while I was standing so I was forced to move about the hall in order to craft my next weapon. I’m not sure if it’s just me, but I sincerely hope it at the very least gets addressed. 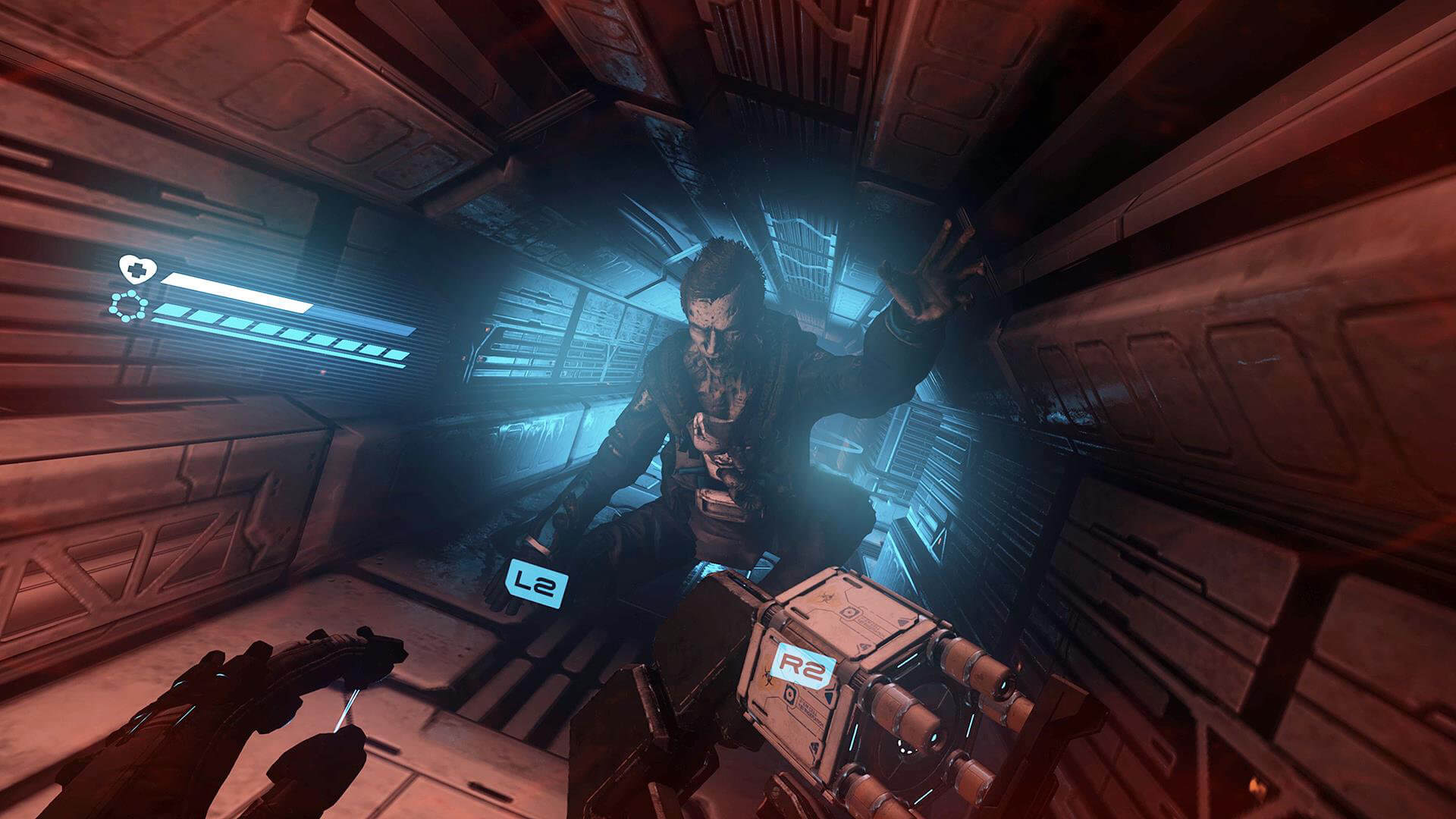 Nevertheless, The Persistence is a well-polished and engaging game. It has an interesting premise. Its challenging and is highly replayable. I genuinely recommend this game to fans of sci-fi horror as its one of the few games that do justice to the genre. So those interested should keep an eye out for this one once it releases May 21st.

What do you think of The Persistence? Do you plan on checking it out? Let us know your thoughts in the comments section below.