No refunds for this disappointing train ride.

Ever played a game that makes you wish for more? That’s exactly the way I felt when playing Re:Turn – One Way Trip. If I were to describe it in a sentence, I would say “It’s Oxenfree but not as good”. Of course, that doesn’t necessarily mean it’s a bad thing. Unfortunately, there are a few snags that will keep me from recommending it to fans of the horror genre.

So, before we start talking about the game’s shortcomings, let’s talk about what’s good about it. Since this is a story-driven game, I’ll try to keep plot-important details at a minimum. However, since the message of the game is incredibly vital, I will spoil a few important details and the ending of the game. Without further ado, this is Bagogames’ review of Re:Turn – One Way Trip. 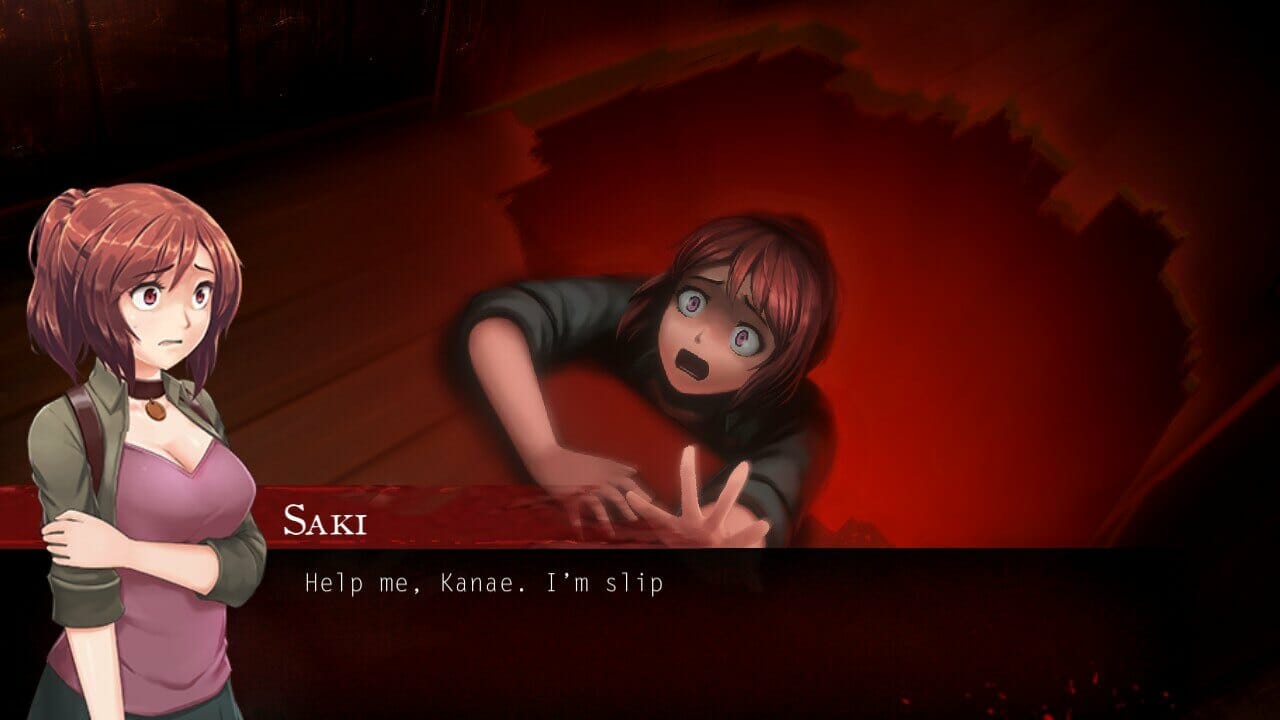 In Re:Turn – One Way Trip, you take control of a girl named Saki. She and her friends set off on a trip in the woods. After Saki finds a romantic haiku addressed to her, she thinks that it’s from her fiancé Sen. Unfortunately, it turns out that the sender wasn’t Sen and as such, he goes into a fit of jealous rage that ends with their friend Yuuka running off deep into the forest.

This sets the game’s events into motion as Saki’s friends (and Sen) leave her behind to look for Yuuka. Saki goes after them and finds a train that appeared out of nowhere. Exploring the train, she soon finds out that the train is haunted, and this is where the events unfold.

After this, we begin to see the reality warps and surreal storytelling expected of a horror game. There is a story behind the abandoned train and its passengers, and it deeply correlates with the ill-feeling between Saki and her group of friends. I say that, but really, the story becomes about Saki and Sen at the very end with a lot of the supporting cast (and even Ayumi, the supposed antagonist) being left in the background in an anticlimactic fashion.

Forsaking Everyone for “Love”

See, I think that my main gripe with Re:Turn – One Way Trip is that the story purely focuses on 4 characters. Sen and Saki are pretty much a dysfunctional couple right from the word “Go”. As such, it becomes way less surprising that Saki cuts off the tie between them in the end. In the past, the train is haunted because of Eiji (son of a rich man) and Kiyo (a maid working for Eiji’s family). The two have an equally dysfunctional relationship.

It’s funny, really. Both Kiyo and Sen are similar in the way that they pressure their lovers. However, I think that the circumstances are way different between them (despite the game trying to convince me that this isn’t the case). Eiji and Kiyo are your usual “Prince falls in love with a maiden” shtick while Sen and Saki are shown to just be a couple that just didn’t work while Saki was blinding herself to the issues.

In the end, because Eiji couldn’t tell Kiyo that he didn’t love her he ended up causing Kiyo’s spirit to haunt the train. In turn, the same lack of guts from Saki made Sen take a deal with Ayumi (who is basically a child demon with complimentary creepy dolls and rituals), setting the game’s events in motion and essentially dooming Saki’s friends to die. All of this because Sen really, really wanted to hear Saki saying “I love you”.

I don’t think that I need to say anything other than… You know, it’s a toxic relationship, through and through.

After the ending just… Happens… We are left with a ton of characters that went underused. The antagonist of the game takes a backseat to focus on the issues between the couples. In my opinion, that’s kind of terrible considering that the background characters definitely needed some more screen time.

I believe that if the creator of the game wanted to tell a story about that, then focus on that instead of adding needless characters and subplots. You know, forget about Saki’s group of friends and the other train passengers. Make this a story where Sen and Saki explore a haunted train on their own and each of them find that their relationship (and possible marriage) is not as good as they thought it was.

Instead, we have multiple characters that went unused and it sucks! The developer has already disclosed that there will be a sequel that will address these issues (I’d like to know how). But, honestly, I think that this would’ve been a really good self-contained story that should’ve focused on the characters that mattered.

Slogging Through the Train

Hoo boy, now that we’re done with the story, I’ll take some time to talk about my gripes with the gameplay. Again, hoo boy. I want to say that this was one of the slowest games to get engaged with. Especially because during the beginning nothing happens outside of jumpscares because we need to have those, don’t we?

You move in a 2D space as you explore the train. As you go looking for your friends, you also solve some puzzles along the way. The difficulty of these puzzles is manageable. Only like… Once or twice did I really need to jot some notes down before I realized the solution. Most of the puzzles, however, are kind of locked behind exploration which… Really isn’t that complicated since you don’t explore that many areas throughout the game.

Unfortunately, that also means that there’s a lot of backtracking to get some items. By god, Saki’s walk speed makes me angry when I think about it. You get the option to run later on. However, it comes up almost near the end of the game and that’s illegal in my book. 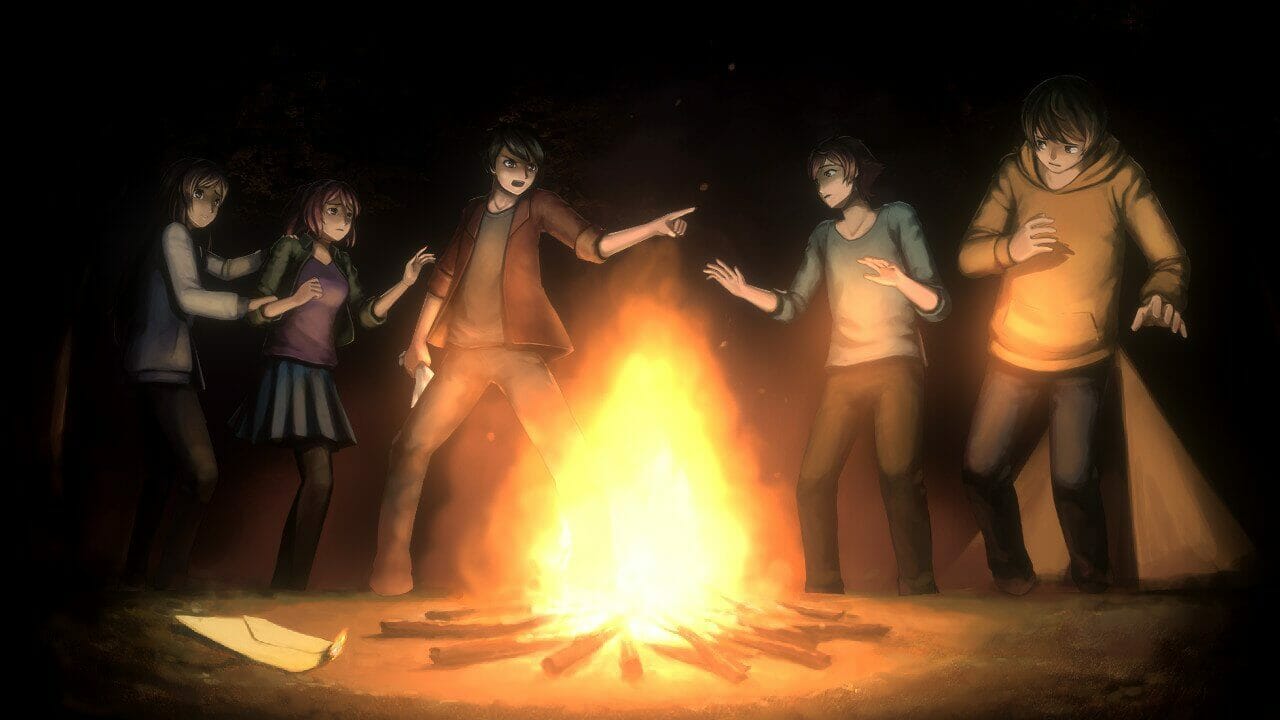 The Impact of the Past

Throughout the story of the game, you’ll also find yourself warping between the past and the present at different intervals. During those segments, you can interact with the passengers, realize more aspects of the story at large, and, of course, bring items from the past to solve puzzles during the present.

Another great aspect that I wish was more fleshed out in the game is the fact that there are multiple ways to solve the puzzles of the game. You can end up losing key items without realizing it and that’s a cool approach. It makes you think about an alternate solution to the puzzle that you’re facing. This is something I wish to see more of in the future, especially with other horror/puzzle games.

Room for One More

Re:Turn – One Way Trip is an average horror game with an average romance story attached to it. I loved the atmosphere, I loved the music, and I loved the time travel shenanigans alongside its puzzles. However, I feel like several aspects were left out to fuel the narrative. Unfortunately, this is where the problems with the game begin to rear their ugly head.

I heard that there will be a sequel to this game that will answer a lot of the unanswered questions. If that’s the case, then I hope that it solves most of the problems that the game brought with its narrative structure. Other than that, I think that it’s a decent experience for those looking to burn through a few hours of game time.

What do you think about our Re:Turn – One Way Trip review? Do you agree with the views brought in it? Are you going to play through the Nintendo Switch or PC version? Let us know your thoughts in the comments section below. We’re celebrating Cyberpunk 2077’s release (Even though it might not be deserved)! Check out the details of our Cyberpunk Month here.

How to Start Doing Research Before Investing in Cryptocurrencies