When I started with my Romance of the Three Kingdoms XIV review, I immediately became curious. I did not know the series that well, even though this is the 14th part. The trailer looked interesting and promised a lot. As a history nerd, it is always nice to see how history is intertwined with games, especially when it comes to the history of China.

When it comes to strategy games, this is always a good combination to use. At least those were my first thoughts of Kou Shibusawa and Koei Tecmo’s game. The dynasties of China are always doomed to fall, and so did my enthusiasm for the game as well. Here is my Romance of the Three Kingdoms XIV review for PC. 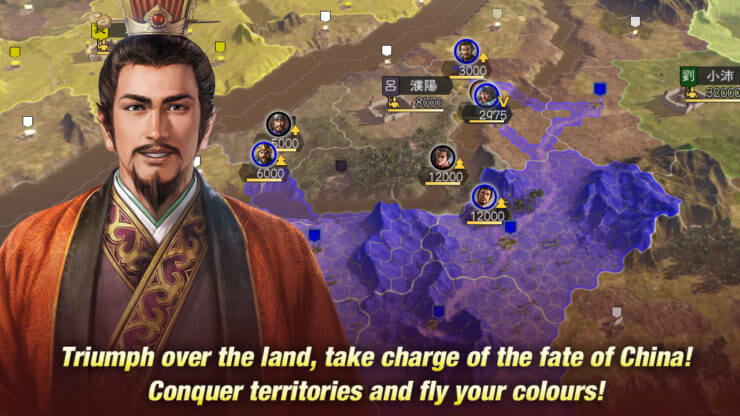 Romance of the Three Kingdoms XIV is about the history of China and especially the Han Dynasty. Small groups are formed around the country who want to unite China under a dynasty. The country is therefore at war and has several fractions. The groups sometimes make the story difficult to understand, because there are so many names.

In addition, the history of China is interesting, but also difficult to understand if you know almost nothing about it. The game starts with a nice intro that takes your imagination to China, and this is enhanced with the Chinese music playing in the background. The game now also supports English, but this is only for menus and subtitles.

Kou Shibusawa and Koei Tecmo’s Romance of the Three Kingdoms XIV is completely spoken in Chinese, which gives it that extra dimension. You have the introductory cut scene at the start of a scenario and the cut scenes that occur during the scenarios. The cut scenes shown while playing are intertwined with the events on the map.

This can be when an area is conquered, or a city reaches a certain level. Not only do you have the different fractions, the game also has a huge number of officers, all with their own strengths and weaknesses. There is plenty to choose from and you can also make your own officer.

I am not talking about just giving a name, but also for example a description, attack strategy and choosing a tactic. If you prefer to play with your self-made officer, this all will be possible. The tutorial not only explains the game, but also gives you officers when you have completed a level. The tutorial is therefore certainly very useful to complete. 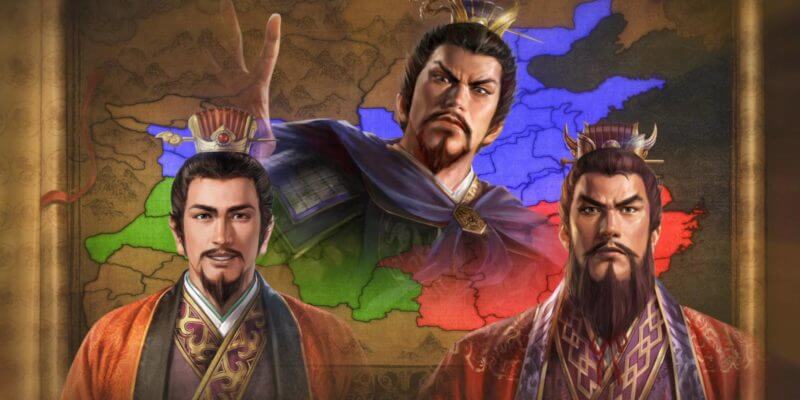 The goal per scenario is to reunite China, and you do so by choosing a fraction at the beginning. Each group has its own level of difficulty and location on the map. The disadvantage of Kou Shibusawa and Koei Tecmo’s game is that uniting China is actually the only goal here, and there are not a lot of ways to achieve this.

The first thing that I noticed in my Romance of the Three Kingdoms XIV review is that you need to link officers to the cities that you already own and they will then do most of the work right away. Although, you do have to decide whether the focus of the city is on the barracks, agriculture or trade.

At every round, the officers have suggestions for you that you need to take into consideration. If you want your city to grow and generate more income, you have to invest in the suggestions. Each officer has his own attack strategy that you can use when you send an army out.

This army can do three things: they can build in your conquered territory (walls, traps and towers), attack other troops, and conquer pieces of land. The strategies are not only about defense and attack, but also to indicate how to maneuver troops over the map. For example, an attack in which the troops are scattered works much better.

In addition, the troops of the other groups always have better attack strategies or better officers, which means that having the upper hand often leads to losing the fight. When the orders are given in a round, you can do nothing more than simply wait and see what happens. This doesn’t take too long, but there is little to do in these moments.

Waiting and repeating describes the game perfectly. When you have to implement decisions, it is normally the same every round: you can look for important people or items, you can accept or ignore the suggestions, you can send a diplomatic gift to a ruler, and you can also command your troops. 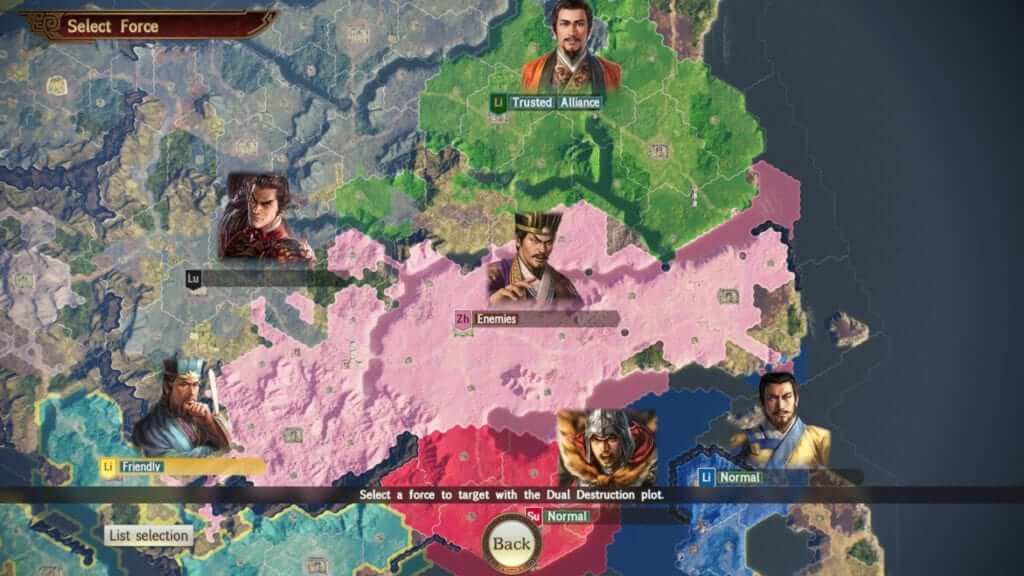 THE ATMOSPHERE IS NOT ACHIEVED GRAPHICALLY

Kou Shibusawa and Koei Tecmo subdivided the seven scenarios into these two categories: history and fantasy. There is currently one fantasy scenario and the rest of the scenarios recreate part of the history. So the game comes with enough scenarios to last you a couple of hours.

Yet this is not entirely positive, because a large part of the game consists of, as mentioned above, waiting and repeating the orders. It also doesn’t help that the graphic quality of the game is not very strong. While the cut scenes and music bring atmosphere, it generally feels a bit old-fashioned.

Even the options in the menu do not give you the option to raise the frames per second or the graphic quality. This is nice for computers that does not have loads of power, but most definitely a waste of the potential that the game could have had.

The map is a mix of 2D and 3D. Farms and trees are shown in 3D, but the agricultural lands are just some 2D colors on the ground. The soldiers also all look alike and are not of a high quality graphic. Of course, games don’t always have to be a graphic highlight, but it definitely does play a role in the game for most people. 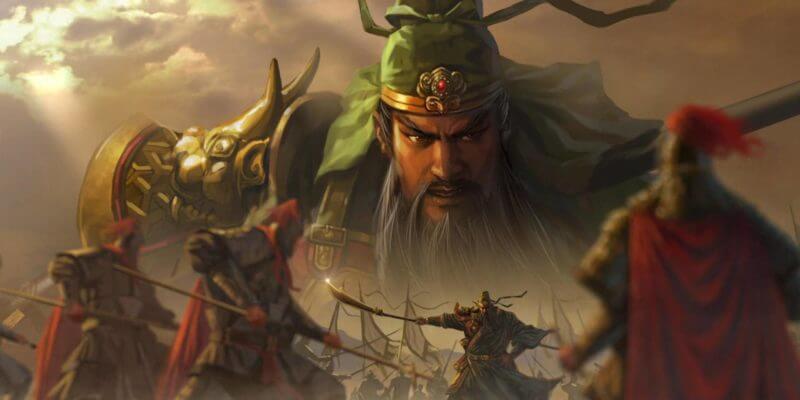 The way the story and the cut scenes are interwoven with how a scenario is played really stood out for me in my Romance of the Three Kingdoms XIV review. The music portrays the Chinese atmosphere well, but the graphic quality is again a big let down. In the year 2020, I expected more options to determine the quality myself.

The game comes with a strong basis of scenarios where you can spend enough time playing. This is both positive and negative, because it is not always fun due to the many waiting and repetition factors. The game is certainly not bad, but for this price I expected a lot more.

Romance of the Three Kingdoms XIV sets the mood well and gives enough depth to the officers and attack strategies, but it really could have been much better. Maybe the fifteenth try will have some sort of improvement. We’ll just have to see what happens and if Kou Shibusawa and Koei Tecmo listened to the feedback.

Are you interested in another game in this massive saga? Make sure you check out our review for Romance of the Three Kingdoms XIII: Fame and Strategy Expansion Pack.

Romance of the Three Kingdoms XIV

While playing Romance of the Three Kingdoms XIV I came across highs and lows. With more strategy, the game would definitely have been much better. The game shows some potential here and there, but it was just not enough.