A Location Scouting trip goes horribly wrong, who did the do? 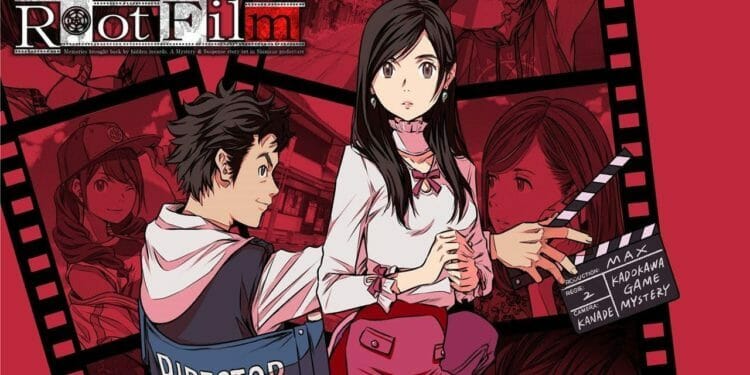 The successor to Root Letter is coming to the west! That’s right, Root Film is coming to North America and Europe. The game is going to be released on Nintendo Switch and PS4, which are the same consoles it’ll be released in Japan. Unfortunately, no release window was revealed for either version.

The game is about a TV series called “Shimane Mystery Drama Project”. The show was canceled for unknown reasons 10 years ago. However, a team consisting of a director and an actress have been cast to reboot the project. 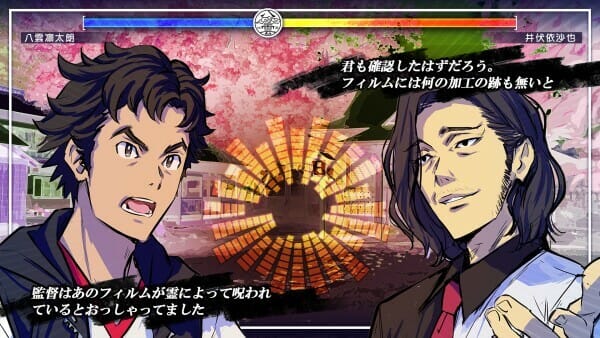 Since this is a Root game, everything goes bad when a murder takes place in the studio. As such, you are left with a murder mystery. It’s up to Rintaro Yagumo to solve the mystery alongside a colorful cast of characters.

According to the press release, the gameplay of Root Film will be a mix of the masterful storytelling Kadokawa Games is known for. Additionally, it brings a multitude of interactive elements.

The Intuition mechanic allows players to acquire keywords during conversations. Once activated, Intuition reveals words on screen that will be essential to investigations and confrontations.

After collecting enough keywords, you can confront other characters in Max Mode to resolve a mystery. In this fighting-game like face-off, it is essential that enough evidence has been collected beforehand to choose the correct conversation options from a selection screen.

The Zapping system is a puzzle solving mechanic that reveals the perspective of two characters at the same time. Experiencing events from two different viewpoints will be an exciting and essential tool to find out the truth about “Shimane Mystery Drama Project”!

if you want to learn more about Root Film, you can check the announcement trailer right here:

What do you think about Root Film’s western announcement? Are you going to play the game once it releases? Will you play the game on Switch or on PS4? Let us know your thoughts in the comments section below.