A solid return to form

Note: This review was made possible with a review code from the publisher.

SNK. A household name back in the days where arcades were very popular, who’s created a host of memorable IPs in the video game industry. Some that come to mind immediately would probably be The King Of Fighters, Metal Slug, Fatal Fury, or Samurai Shodown. The fourth of that list will be what we’ll be talking about today.

Samurai Shodown, like its brethren The King of Fighters, has seen many games released between the mid-90s and now. Both have suffered periods where their series has laid dormant, with no development, as well. This game comes after the generally ill-received Samurai Shodown Sen in 2008 (source credit: Metacritic).

This game’s the next main series entry (that isn’t a collection or rerelease) in eleven years and has a lot to live up to, especially with how Sen flopped. Is this game as good as it looks? 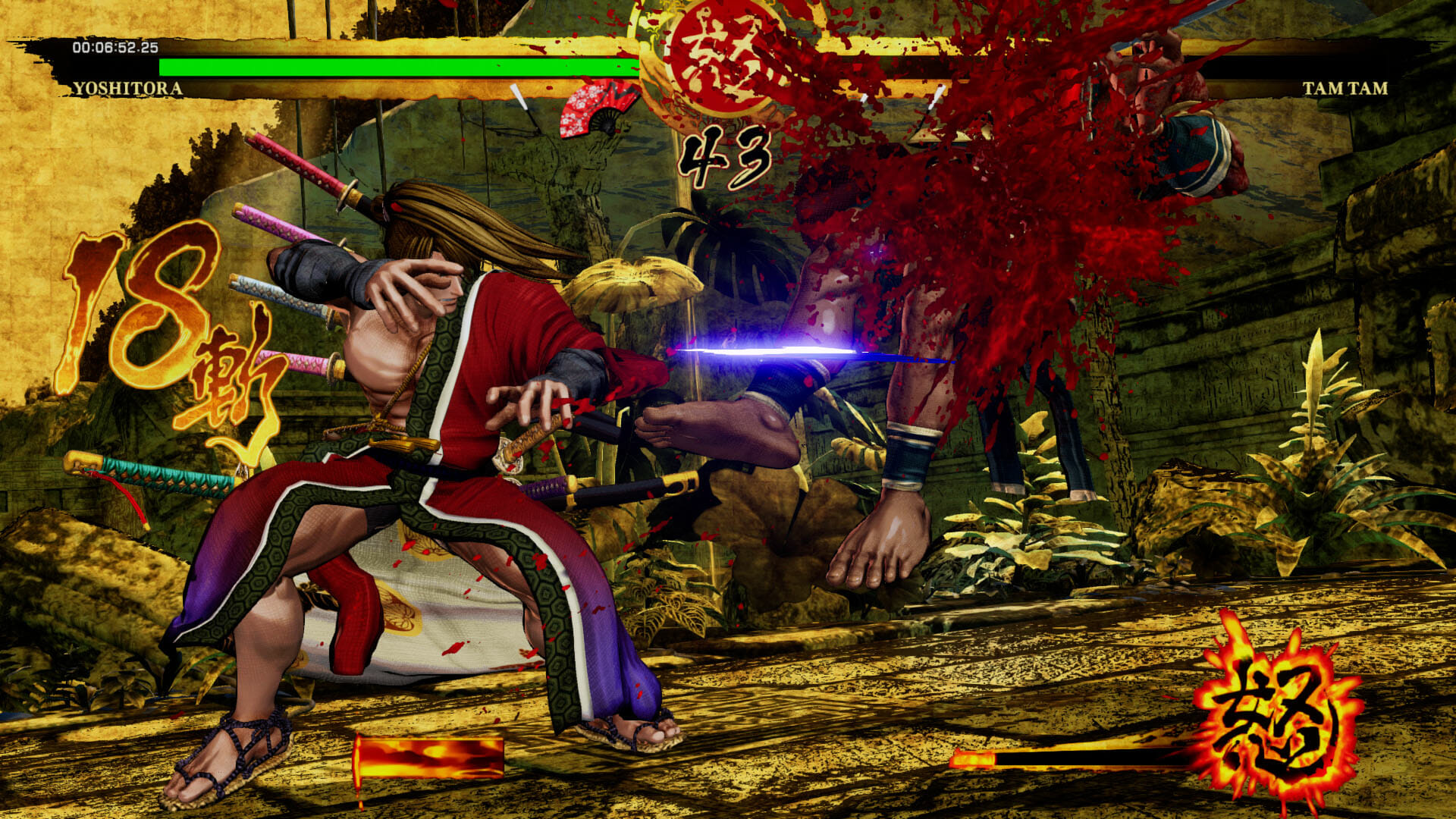 In typical series action, the game has a far greater emphasis on a player’s neutral and spacing rather than doing the highest damaging combo or longest combo. It makes games feel like their own flavor of explosive, because if your defense pays off, you can very easily cleave off over 45% of your opponent’s life bar from one touch. Mindlessly going in facefirst isn’t going to cut it on this one.

That said, the focus on neutral makes the game feel like you have to genuinely think about your approach. One wrong move and it can be extremely costly. Counterhits deal so much damage, one stray button into a disarm attack from any character can be upwards of 40%+ in damage, and the opponent loses their weapon.

You read that correctly, too. Disarming attacks are specials that players get access to when their Rage meter is maxed (filled by taking damage). On a successful hit, the opponent is sent across the screen and they lose their weapon, making neutral significantly harder for them until they recover their weapon. Sometimes, you can even stall it super hard to the point where the opponent can’t really do anything (source credit: Eventhubs). This bar, located at the bottom corners of the screen, dictate each player’s Rage. When it’s full, players gain access to their Weapon Disarm attack (as mentioned above), or their Super Special Move. Super Special Moves are incredibly powerful attacks that easily chop off 65% or more upon landing.

The catch with Super Special Moves is that they can only be used once per match. So, once it hits, that damage is relative to that round (like Fatal Blows in Mortal Kombat 11). Deciding when to use it is key, as it will greatly turn the tide or even things out in drawn-out rounds.

The Rage Meter also gives access to another super key mechanic, known as Rage Explosion. Triggered by pressing L+M+H, the player performs a burst and the screen changes color. Inputting L+M+H again will perform a character’s Lightning Blade attack, which does damage relative to how much rage is left in the bar.

At max charge, it’s capable of doing 70% on a clean hit. Upon landing the hit, however, the player’s Rage meter is locked for the remainder of the match, which adds yet another layer of thinking wisely to fights. This port of the game shares similarities with a PS1 game from the 90s, Mortal Kombat Trilogy. I mention this because, aside from training and tutorial, Samurai Shodown 2019 is fighting and nothing else. It has what you’d expect from a fighting game these days; Arcade mode (known as Story, for some reason), Versus, and Online play, along with a Gallery mode to view endings you’ve gotten in Arcade Mode.

The Training Mode is pretty good in its own right, though not to the level of Mortal Kombat 11. In there, the player’s allowed to manipulate various aspects of the health bars, rage meters, and control the dummy to perform various actions.

Aside from these features, and basic graphical tweaks (which is to be expected for any PC game), there’s basically nothing else to do with the game’s features. A bit sad, but even still, the presence of at least a Survival Mode would have been a nice touch.

There’s only one really significant difference from other fighters, and it’s the Ghost Fighter feature. The more you play the game, the game will compile your play data into an A.I. fighter that plays exactly like you would (akin to Killer Instinct’s Shadow Lab or Super Smash Bros. Ultimate’s Amiibos). You can basically train against yourself and it makes for an interesting feature. You can even download other players’ ghosts and fight them, as well. The Elephant In The Room: Epic Games

With Online play being an option, you’d think that this game would have a pretty good PC population, right? Unfortunately, that’s not the case. SNK games are already not that popular in netplay, but putting this game on the Epic Games Store has hurt its potential PC community rather than help it.

Given that the vast majority of SNK fighters have already been released on Steam (various King of Fighters titles, Garou: Mark of the Wolves, the Samurai Shodown NeoGeo Collection, and The Last Blade come to mind), it poses a very valid question. That question consumers ask themselves would be, “Why would I make a second account just to play one SNK game, when I have a ton of others on Steam already?”

It seems almost nonsensical to put this game on Epic Games, especially when the titles I’ve mentioned prior are nowhere to be seen on that store (excluding Samurai Shodown NeoGeo Collection). The entire scenario makes for a confusing decision of “Do I go to Epic to play the new SamSho, or do I stay on Steam with the rest of my library?” 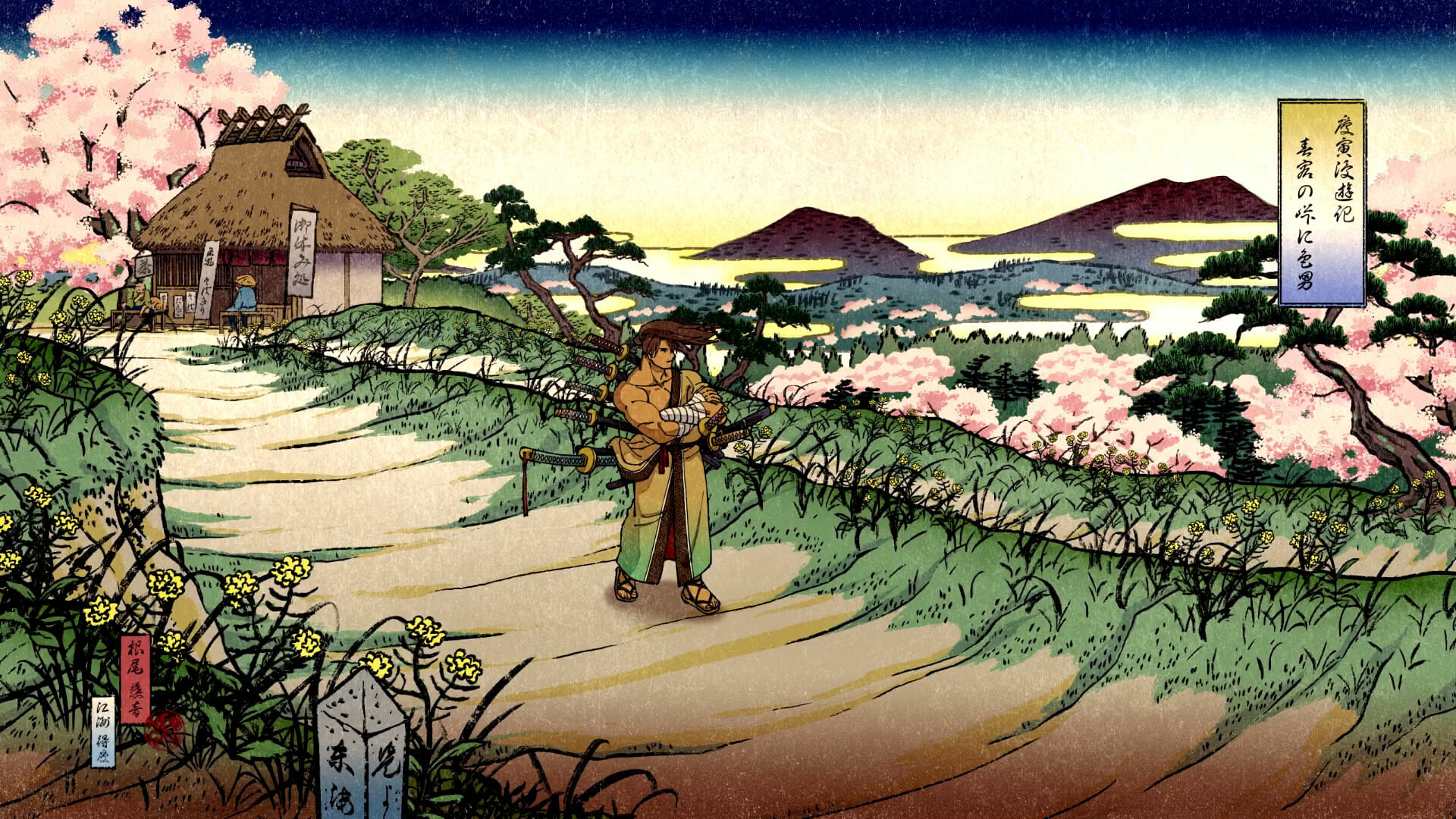 Let’s take a brief cutaway from the Epic Games version of Samurai Shodown for a quick analysis of its PC life. Samurai Shodown, aside from its middling playerbase problems on Epic, had another rather significant issue with its PC life cycle. Its first playable PC builds of the game were on the currently-failing Google Stadia. That piece of hardware was its own laundry list of problems, from input lag, to very bad visual quality, to being outright unplayable through Stadia in some cases.

It begs the question, Why is it on Stadia or Epic before coming anywhere near Steam? It seems pretty nonsensical to think about now, but with the curious case of Samurai Shodown, it’s to be considered. I don’t exactly understand what the team at SNK was thinking, but I can’t stop wondering about it in passing whenever I boot the game. It’s such a confusing decision process that ultimately hurt its PC life. It also might have unintentionally hurt the Switch version due to the Stadia build releasing before the Switch and Epic versions.

In addition, SNK released the game in a rather haphazard pattern, which ultimately hurt the game too. It came out in June 2019 for PlayStation 4 and Xbox One. It got delayed multiple times on Switch, and then, oddly enough, Google Stadia got its hands on the game in November 2019, way before Switch or PC (and the Stadia port was an absolute bust). The Switch version kept getting delayed until eventually releasing four months ago (as of the time of writing, February), and finally 11 days ago on PC (via the Epic Games Store). That doesn’t include regional releases, either. That’s just ONLY the worldwide releases we’ve discussed.

It could potentially explain why Samurai Shodown isn’t exactly talked about as often as other fighting games, since players kept getting delayed releases and a bad port to kill time. There’s been very little consistency with the game’s releases and general PR, and players most likely have moved on to more consistent titles in terms of updates, content releases, and general information. Which is a shame, because this game is already pretty fun, but the inconsistencies and general mishandling of releasing the game can deter people from trying a product. 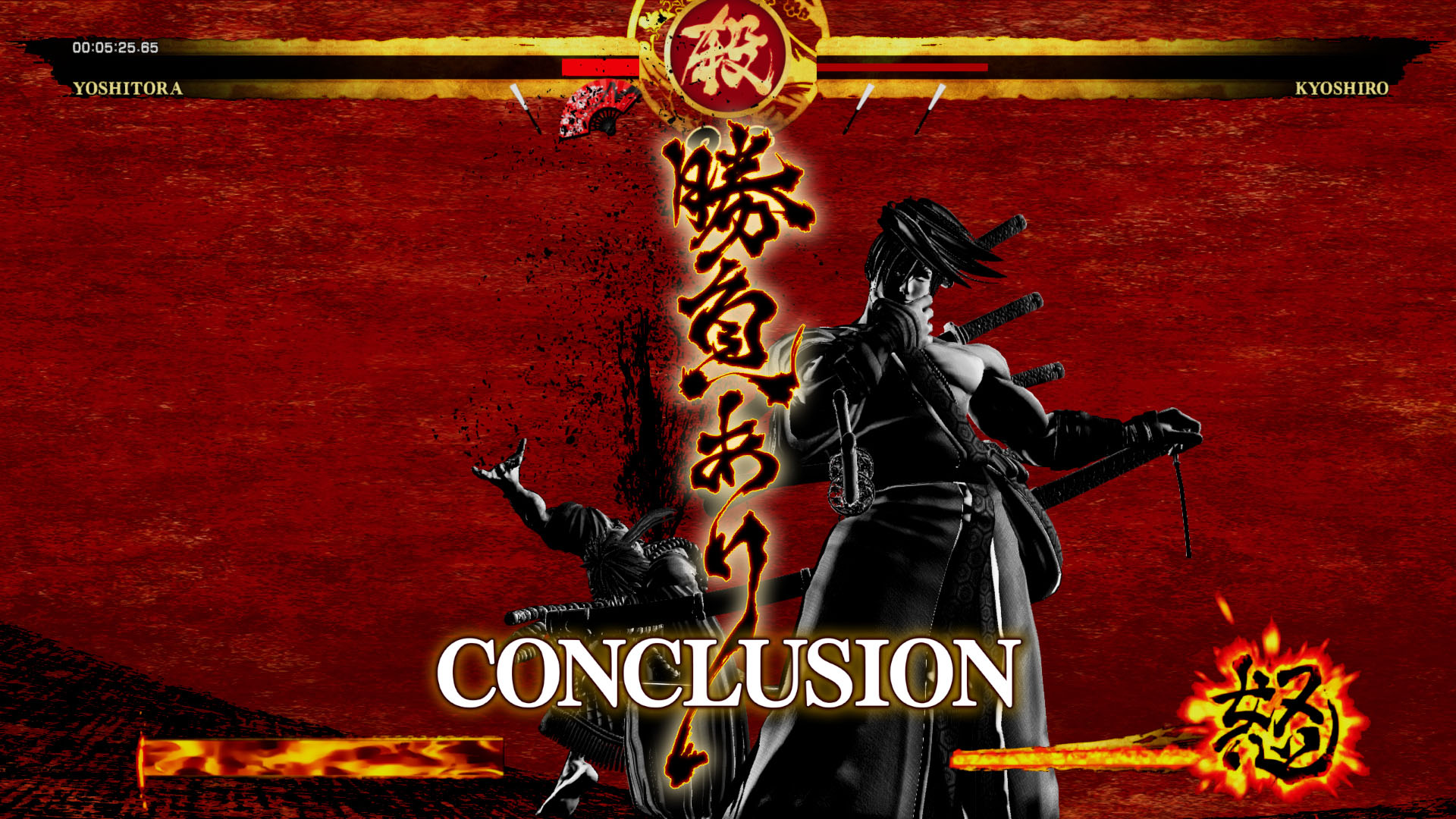 Samurai Shodown 2019 is definitely a game for those who like thinking about their approach. It rewards defensive play extensively and countering your opponent’s offense is critical to success. However, a few noticeable hiccups are present in the overall product.

For one, it has a lack of content, in comparison to its competitors in the fighting game industry, being Street Fighter V, Tekken, Mortal Kombat, and ArcSys titles like BBTAG, for starters. Secondly, its presence on the Epic Games Store is very odd in of itself, especially when you think that all of the above titles mentioned in this review (minus Mortal Kombat Trilogy and Fatal Fury) are on a directly competing store (being Steam).

However, what this game does right, it does in spades. Its combat is slow but very engaging, the art looks beautiful, and the comeback factors present in Super Special Moves and Lightning Blade attacks add another layer to the general neutral game. This game could do with more content, with maybe a survival mode or some other features, though. But overall, for the limited gameplay options available, this game is most certainly fun.

What do you think about our Samurai Shodown PC review? Do you like the game? What would you like to improve about it? Let us know your thoughts in the comments section below.

If you liked this article and like fighting games, be sure to read our editorial about EVO Online here.

While what's delivered in Samurai Shodown is great, the overall history of the development, and hollow offline contents, generally muddy an otherwise very fun experience.

The Last of Us Part 2 Weapons Guide

The Last of Us Part 2 Weapons Guide

[…] or not the sport may have break up launch dates like SNK’s different preventing recreation, Samurai Shodown. You can view the unique tweet from SNK GLOBAL […]