A question arises within the latest iteration of Scooby-Doo. How much must thou Scooby change his coat to comply with modern audiences? Having been Hanna-Barbera’s most progressive and constant franchise perhaps little should change for the goofy mystery-solving team of the 1960s to still resonate. Scoob, unfortunately, tries too hard to camouflage itself in the safety blanket of 21st-century CGI films.

Where the film shines is in its ideas to take the Scooby-Doo team in unique directions. We get to see the origin of when the child Shaggy met the pup Scooby. We even get the origin of Scooby’s name, if that was something you ever cared about. Soon, they meet the rest of the mystery team (Fred, Daphne Velma) and decide solving mysteries will be their life’s work. Neat, I guess.

More intriguing, however, is where the Mystery Machine gang find themselves as adults. They’re looking into investing and making their company work. Their key investor is Simon Cowell, playing himself in a weirdly dated celebrity cameo. Simon recommends ditching Shaggy and Scooby as they’re the most useless of the pack. He perhaps embodies the snooty viewer who views their antics more tactically. He’s an argument for a Scooby-Doo movie to not be a Scooby-Doo movie. 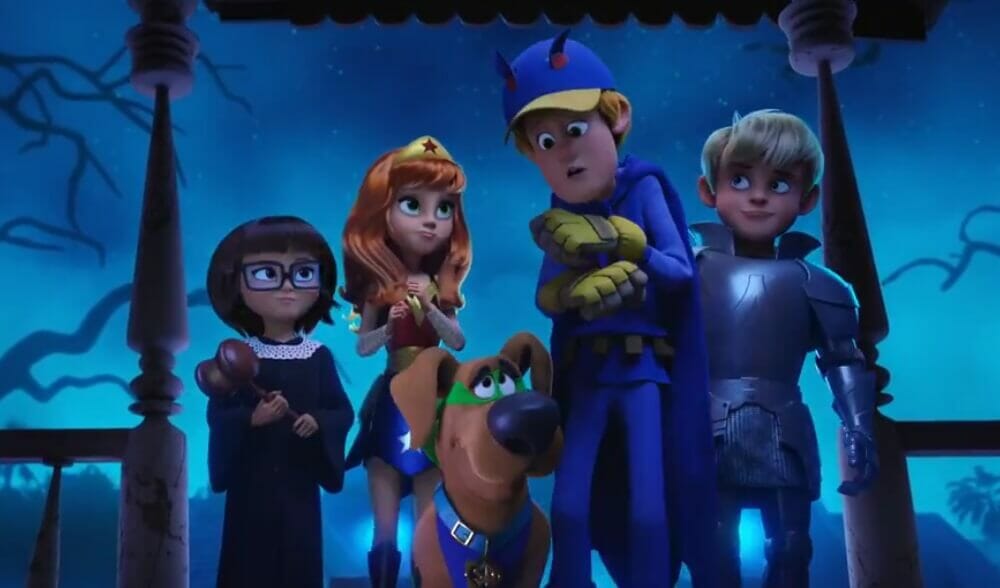 In many ways, Scoob finds so much to distract itself from ever being the classic formula. While switching things up is fine, what the film favors is lukewarm mania of mounting arcs. I like the dynamic of Shaggy and Scooby where their friendship is called into question. It never resonates long enough to appreciate but I suppose the ambition is admirable.

But when paired with a convoluted mystery about the skulls of Cerberus, so much else is tacked on that never hits as hard as it should. We’re introduced to the hero of Blue Falcon, the second generation of the character as the not-so-heroic hotshot Brian takes on the blue and gold mantle. His reluctant dog Dynomutt tries to get him into action.

No time for that, however, as we now witness the villain of Dick Dastardly, striving to acquire both riches and his old dog friend Muttley. No time for that either! Fred really loves his van and you should probably feel bad for him when it is tragically destroyed. 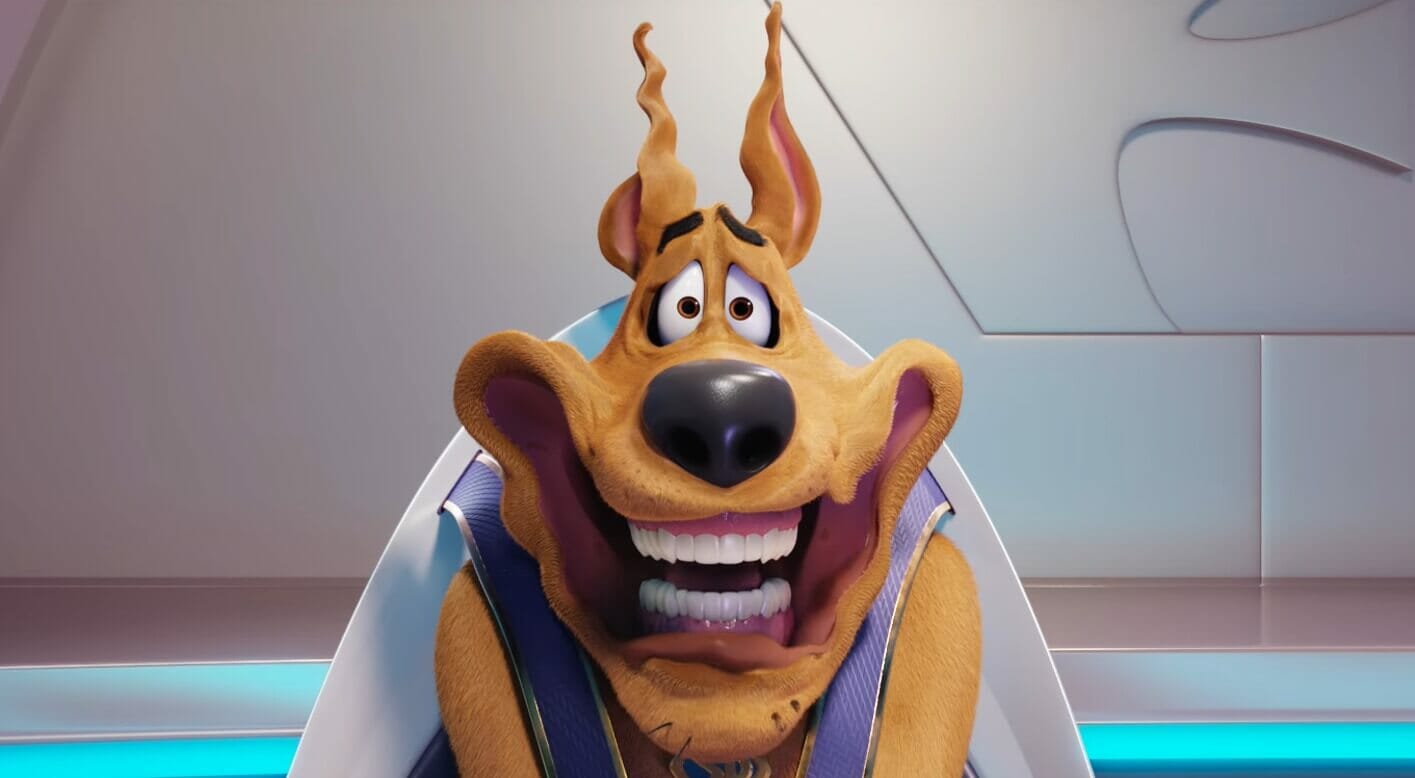 The core demographic will undoubtedly be children who dig the always-present praise of Scooby and the adults who grew up on Hanna-Barbera. Layered throughout are numerous Easter Eggs meant to either trigger a callback or warm the hearts of the older crowd who notice a classic cartoon in the background. Whether it’s a cameo by Captain Caveman or a Hong Kong Fooey reference in the background, there’s a lot of yesteryear coating this film’s ho-hum animation style. But is anyone honestly over the moon that one of the Teen Angels now works for Blue Falcon?

All of this is meant to set up a Hanna-Barbera cinematic universe. This is made evident by the numerous crossovers and easter eggs (check the scene in the arcade for references to Sealab 2020 and Frankenstein Jr.). But how far can that go with this formula? Will kids be eager to jump onto a Flintstones film of similar simplicity or a 21st-century take on The Herculoids? It’s hard to tell but I suppose anything can sell within a CGI blur of slapstick and pop culture punchlines.

It’s sad that in order for a Scooby-Doo movie to meld into the current movie climate that it must resort to such tedium. For what could’ve been a refreshing change of pace from the usual animation mania merely adheres to the play-it-safe playbook. All the common complaints of these kinds of films being too loud, too busy, and too frenetic to care about anything remain as pale reminders at how Scooby can progress past his 1960s roots. Such a lackluster result leads me to unironically ask Where Are You, Scooby-Doo?

What did you think of Scoob? Was it worth watching it at home? How does it compare to the other home release of Trolls: World Tour? Let us know in the comments below.

A forgettable new take on Scooby-Doo in a CGI setting.