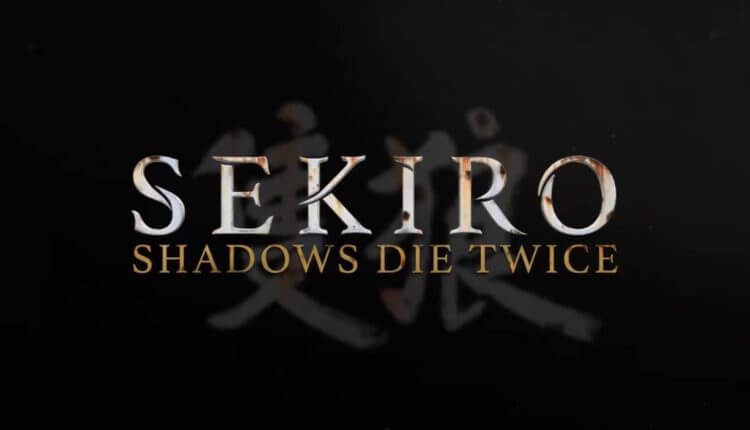 The trailer promises a more action-oriented Souls combat and a lot of spoken dialogue; more so than previous Soulsborne titles. Set in a feudal Japan style setting, Sekiro looks fast-paced and taut. With this faster combat and Japanese setting, From Software appears to be taking a key from Nioh, one of the most successful Dark Souls-inspired games from last year. It is also heartening to see Activision throwing its weight behind something that isn’t Call of Duty. From Software games are relatively cheaply produced, and sell very well, so this is a good business move for Activision.

It is encouraging to see the From Software isn’t just sitting back and cranking out Bloodbornes and Dark Souls. Even though I want a sequel to Bloodborne, I am more than happy to go with From Software in this new direction. The core of From Sofware’s action RPGs is the combat, but they continually find ways to tweak that combat in ways that make each game unique. And with a grappling hook and jump moves, Sekiro looks like the most actiony action RPG From Software has made yet. The Soulsborne trademark isolationist atmosphere doesn’t seem to be in full effect, but all we have to go on is this single trailer for now. We’ll probably get more trailers and info on Sekiro at TGS.

[…] yet incredible games that no other studio can replicate. This shows yet again to be the case in Sekiro. The sheer amount of frustration, determination, and wonder returns in […]

[…] Sekiro may have been divisive for Souls fans. But it clicked with many who loved its tight, fluent and gripping gameplay, amazing world design and beautiful visuals. […]

[…] Sekiro may have been divisive for Souls fans. But it clicked with many who loved its tight, fluent and gripping gameplay, amazing world design and beautiful visuals. […]