The director vocally called out multiple 'character request' campaigns and will request Bandai Namco to not include any in the game. 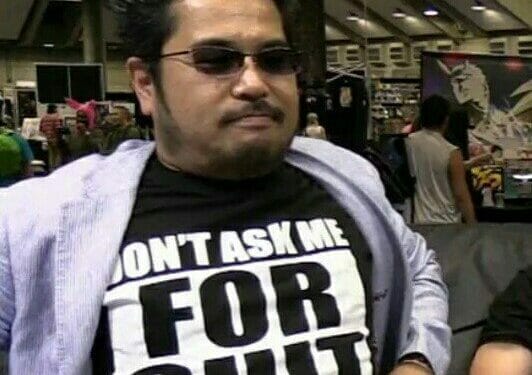 Super Smash Bros. Ultimate‘s roster is one of the largest crossovers we could ever see in a video game of this caliber. However, the endless demand for more and more characters never seems to end. It’s no secret that many sub-communities which demand the appearance of a particular character have appeared since the concept of third-party DLC characters was announced.

While it is nice to speculate about which character should appear in Smash Bros. next, it can get draining for the game’s developers to hear people shouting a character’s name for the 20,000th time. The Tekken series producer Katsuhiro Harada has seriously had enough of this kind of behavior and has quite recently vented his frustration on Twitter.

You guys are a spammer. I talk with Mr.Sakurai & BandaiNamco's Smash development team so that your request will NOT be approved as much as possible.

The industry veteran had a small rant on social media this morning, accusing several Twitter users of being “spammers”, making a point of muting them, and going on to say that he’ll be personally talking to Smash director Masahiro Sakurai to make sure their requests aren’t approved. As such, perhaps we can make the case about how Jonesy from Fortnite has just been de-confirmed.

Harada went on to talk about why this kind of “Spamming” bothered him so much:

If you are still relentlessly spamming, that just means hampering the work of @Sora_Sakurai and Bandai Namco's Smash development team.
Just One Tweet is enough for request. DO NOT SPAMMING to us.

However, it doesn’t seem like the community has caught a hint about Harada’s warning because even now some members of the community have started to bombard this tweet with several character requests for Smash and, in the case of Tekken, the inclusion of Snake which is a joke that has stopped being funny long ago.

Father, could you please tell Sakurai to add Hatsune Miku as punishment for the spammers? This is the one time I'll mention it. ? pic.twitter.com/yHh1AQc5A5

Harada has since made a few ammendments to the statement. First stating that he doesn’t like the fact that he (and other members of the Bandai Namco staff) like to be constantly tagged about character requests for Smash and that Bandai Namco appreciates feedback and requests. However, there must be a line drawn in the sand.

Huh?
A boycott by spammers is welcome. Most people are decent so no problem.
We are not saying we don't listen to opinions. “Spam is not accepted”.

Can you read the letters?

We listen and value opinions, requests and feedback. However, spam due to a large amount of tagging and replying interferes with normal communication.
I always listen to opinions, but spam and tagging are not welcome.

What do you think about Harada’s opinion on the Smash Bros. Ultimate community? Are there any characters you’d like to have as part of the official roster? Let us know your thoughts in the comments