The evocative gaming sound effects that take us back in time 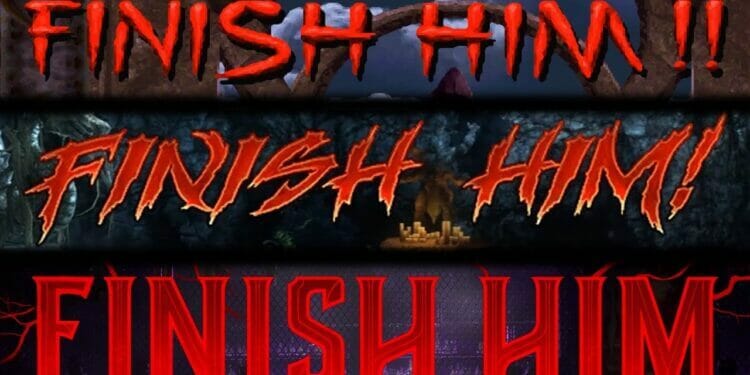 Certain sounds just have meaning in your daily life. Repetition allows us to memorize sounds in a fast, practical, and long-lasting way. We are able to immediately recognize familiar and often complex sounds through experience, such as the voice of a loved one or a sound we’ve heard repeatedly while playing a game. There are plenty of sounds that we’ve not heard for a long time, but they’re stowed away in our brains.

These are some of those sounds from gaming that might trigger some memories.

Let’s start with a satisfying one. That feeling when Sonic goes rocketing through a long line of gold coins creating that delightful “ding” noise. Of course, that satisfaction could end prematurely with one error or misstep and all that precious gold would go to waste. The sound is also used in gas stations across the country.

This one isn’t specifically from one game, but can be found in several online casino slots. There are many distinct sounds in casino gaming from the ball tumbling around the roulette wheel to the shuffling of a deck of cards. When you play slots at an online casino in the UK or the US, you will hear many jubilant sound effects, but the jackpot payout sounds are the most iconic and can invoke that winning feeling. With the way slot machines are designed, sounds are a vital element of player feedback.

You’ve hammered your opponent and the fate of the contest is no longer in doubt. Now you are invited to deliver the coup de grâce with the immortal words “Finish Him!” Cue desperately trying to remember the button combinations to trigger a Sub-Zero Spine Rip or Scorpion Toasty. This might be cheating, as it’s a voice effect, but it had to be on this list. The finishing moves became a game within the game and executing a perfect fatality was the ultimate humiliation of your adversary. Some deathblows from the game actually made it into the 2021 movie Mortal Kombat.

Another fighting game and another memorable voice effect. There were many sounds we could have selected from Street Fighter 2 such as Guile’s Sonic Boom, Zangief’s laugh, Chun Li’s grunt, or the call to “Fight!”, but the “Hadouken!” uttered by Ryu, Ken, Sakura, Akuma, and Gouken is the best pick. Many might have bad memories of this one and recall countless energy attacks ending in resounding losses. The literal translation is “wave motion fist” or “fist of surge” and it originated from a 1970s anime. We hope that the new games in the Street Fighter series will also have iconic sounds to complement the fighting.

Few of us will experience what it’s like to be on the starting grid of a Formula One race, but many of us will have an approximation of the tension and anticipation from playing Super Mario Kart. The high adrenaline and sweaty palms, just waiting for the immortal words “Three. Two. One. Beep!” There were a few different sounds we could have taken from this one too, but the sounds you heard signifying that it was game on and the racing had begun just wins out over the many car and character sounds.

While gaming continues to produce iconic sounds that will be remembered in many years, these are the sounds from yesteryear that bring back memories for senior gamers. No doubt we missed a few, but hopefully, this was an enjoyable stroll through some of the memorable sounds that made these old games so much fun.