The game will be released for PS4 this fall, Switch and PC in 2021 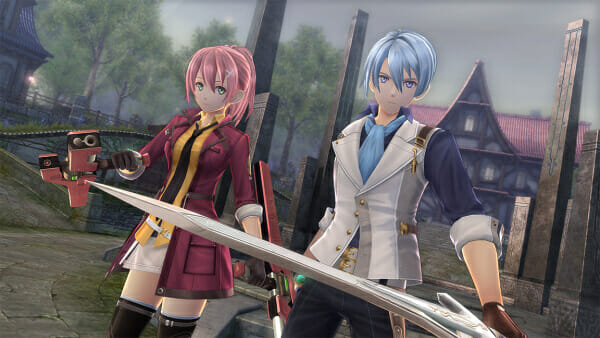 NIS America has confirmed the release date of the western version of The Legend of Heroes: Trails of Cold Steel IV. The game will release on PlayStation 4 first. Afterward, the Nintendo Switch and PC versions will follow at a later time. By “A later time”, we mean next year.

The game will take place right after the ending of Trails of Cold Steel III. Rean Schwarzer is missing, and the Empire is starting to make a move. With this, the heroes of Class VII (old and new) are going to unite with heroes from all over the continent. This might be the only chance the world has to be spared from total destruction.

The Legend of Heroes: Trails of Cold Steel IV Editions

Much like Trails of Cold Steel III, there will be multiple editions of Trails of Cold Steel IV. The $59.99 “Frontline Edition” of the game will include a copy of the game, “The Black Records” art book, “Echoes of Erebonia” soundtrack CD, and a reversible box art. Unfortunately, the Switch version will only bring a digital download of the soundtrack. 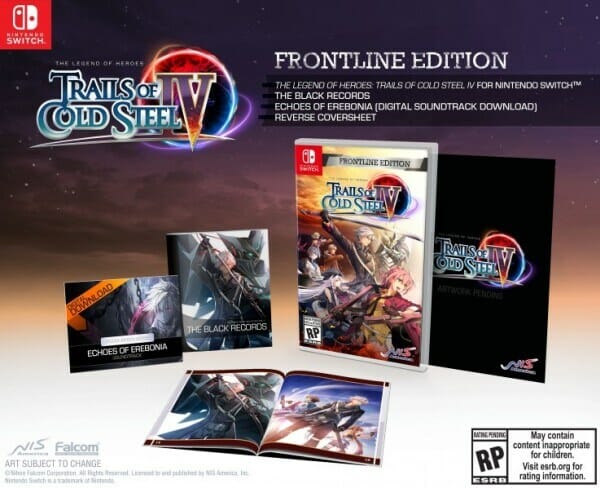 There’s also going to be a Limited Edition of the game for Nintendo Switch and PlayStation 4. It will include a copy of the game; collector’s box; “Twilight Resonance” one-disc soundtrack; “The Complete Black Records” hardcover art book; the “Ashen Awakener” SteelBook; the “Daybreak” cloth poster; and, finally, seven art cards. This is a great fit for the TOCS fans. 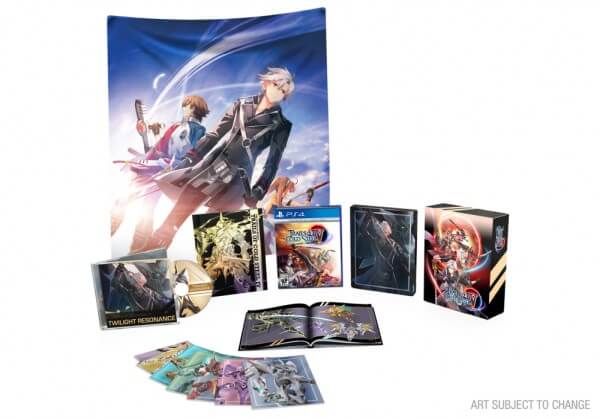 There’s no word about whether or not the PC version will get the same treatment. However, we’ll be keeping you updated should anything change. Of course, the real announcement is the fact that this is the first time the Nintendo Switch gets to share the world with the students of Class VII.