The one with the cat will suffice thank you for very much...

by Trevor Kincaid
in Opinion, Other
Reading Time: 4 mins read
1 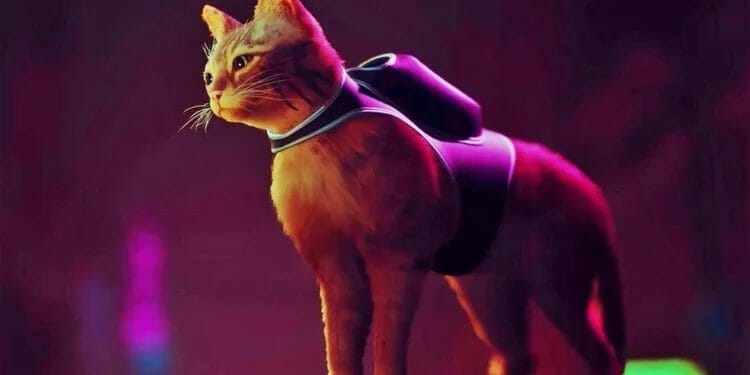 We are now more than halfway through 2022, and what a first half it has been, with so many great titles to play that have made it difficult to see how the typically hectic Christmas season can compete.

Since very few AAA games on the horizon appear to be prepared to unseat Elden Ring as the game of the year when the time comes, that is probably not going to happen, if we are sincere.

However, it doesn’t mean there isn’t anything to look forward to. There has been plenty of breath-taking action on Joe Fortune online pokies, but it doesn’t hurt to dream. While titles like Starfield and the follow-up to The Legend of Zelda: Breath of the Wild won’t be released this year, the 2022 release schedule still includes a number of highly anticipated games.

As Disney famously said, everyone wants to be a cat, and in this third feline adventure game, you have the chance to do just that. In Stray, set in a sleazy cybercity, you take on the role of a cat attempting to survive and eventually flee from the deadly streets it calls home. You’ll be sneaking about a lot, both below and above ground, and making friends with some of the strange, probably cat-friendly, city dwellers in the process.

Stray appears to be one of the sleeper hits of 2022 based on what we’ve seen in the trailers so far. It should be hitting the top video game sources like Amazon soon.

The conclusion of Nintendo’s February Direct broadcast was the announcement of Xenoblade Chronicles 3, which was set to be released in September for the Switch. The long-rumored next edition in the critically renowned RPG series has finally been confirmed.

If you wish to catch up before the game’s release, start playing Xenoblade Chronicles 3, which is set in the dangerous realm of Aionios and connects Xenoblade Chronicles and its sequel. Fortunately, both titles are accessible on Switch, making them incredibly easy to find.

OlliOlli World, one of our favorite games so far this year, was just launched by a British developer, but it won’t be long until it releases another title. When we first saw Rollerdrome in action, it immediately rose to the top of our most-wanted list.

The game is a bloody third-person arena shooter where you engage in combat with opponents while skating about and pulling off stunts while shooting them in the face. You can simulate this by imagining Tony Hawk’s Pro Skater crossed with Unreal Tournament. Although we haven’t played the game yet, if it plays as well in the hands as OlliOlli World, we’re in for a treat.

Saints Row has the chance to stand out in the year’s second half because Sony and Microsoft’s AAA first-party releases are relatively scarce. The infamously absurd open-world GTA clone hasn’t always been to everyone’s taste, but the franchise is receiving a sort of rebirth and putting a lot of emphasis on character customization, allowing you to make the “Boss” of your dreams rule over a criminally active metropolis.

Saints Row may be the chaotic sandbox you’re yearning for because there isn’t a fresh GTA in sight.

The Last of Us Part 1

It may be wise for Naughty Dog to rebuild the game that served as its inspiration at this time, with Joel and Ellie’s live-action premiere just around the corner. The Last of Us Part I, which should not be confused with 2014’s The Last of Us Remastered, is a complete remake of the post-apocalyptic action-adventure game that many consider being one of the all-time greats; thus it will look and play more like the sequel from the previous edition of a few years ago.

Even if it costs £70, there should be more than enough here to warrant a second playthrough if you’ve previously completed The Last of Us. If you haven’t, this will very likely take its place as the only way to experience Naughty Dog’s masterpiece. It doesn’t matter whether you play it on a PC or a console; it guarantees an all-out experience.

We weren’t sure what to make of Mario’s 2017 announcement that he would be teaming up with Ubisoft’s bizarre Rayman spin-off series, Rabbids, for a turn-based strategy game, but Mario + Rabbids Kingdom Battle was shockingly excellent. The planned sequel set to debut on Nintendo appears to expand on the strong foundations of the original game for an even dumber adventure, this time in space.

The battle system in Sparks of Hope blends turn-based strategy with unrestricted mobility to create a strategy game unlike any other in terms of both appearance and gameplay. Additionally, for once, you may put Mario and Bowser on the same team.

Any games we missed? I know Stray was super popular because, well, you got to play a cat. Let us know what other games should have made the list to play before the year is over in the comments section below.

What Can We Expect from Online Casinos in The Future?