It’s the 90s. Kids from all over the world jump on skateboards to battle for whom have the best tricks, and in the process getting bruises and ruinous falls. One of them all, Tony Hawk aka “Birdman” is preparing to become the best in the world and a real legend. In parallel, taking advantage of the golden age of the skate phenomenon, Neversoft developed the original Tony Hawk’s Pro Skater. Needless to say, the game achieved incredible success, so much so that it has been succeeded by many chapters over the years and generations. Today, 21 years later, Vicarious Visions accomplishes this my making a remake of the first two chapters of the game. Let’s find out if this remake is a successful experiment. Here is my Tony Hawk’s Pro Skater 1 + 2 review on PC. 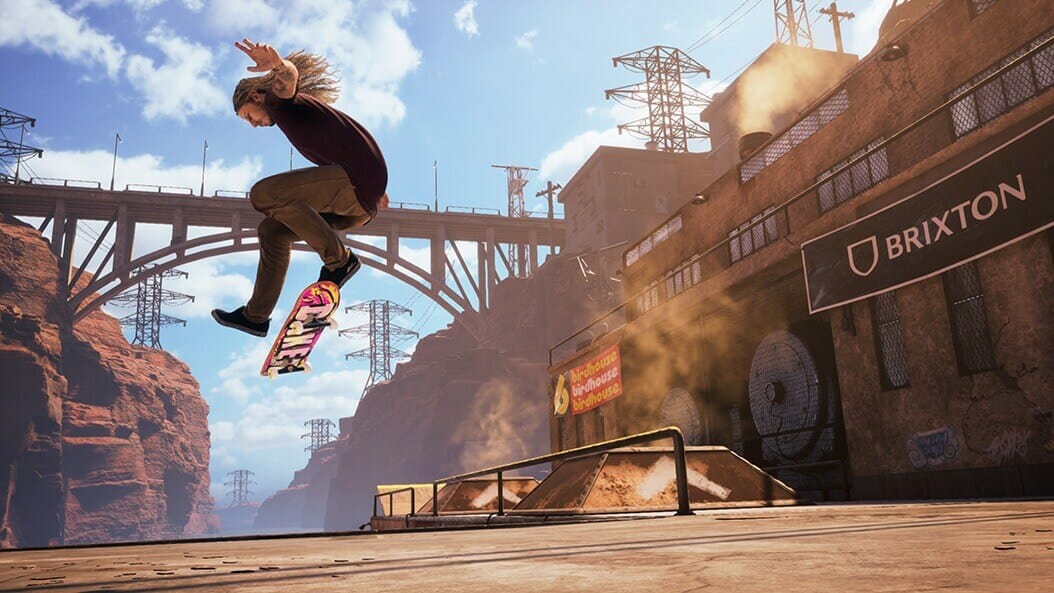 Tony Hawk certainly needs no introduction. The skateboarding legend has influenced generations of kids who dreamed of taking to flight with their skateboards at their feet. To save the less daring, in other words those who preferred to grind while sitting comfortably on the sofa, have Tony Hawk’s Pro Skater, the series dedicated to the Birdman and his friends, to perform amazing tricks.

Tony Hawk’s Pro Skater 1 + 2 collects the first two chapters of the Neversoft game, rejuvenated and improved for the occasion, as well as enriched by an online mode and a wide roster of other modes. By launching the game, you are thrown directly into the role of Tony Hawk, in a large skate park. Here you are introduced to the game’s tutorial, which showcases beautifully modernized gameplay in all its glory.

After exploring the various types of tricks and moves, you are ready to begin your climb to the reputation of a legend. Here, you are asked to choose the skater for the career and I am surprised again positively. They presented the definitive 1 + 2 roster to us in its entirety, including world-renowned pro skaters and promising youngsters like Riley Hawk (Tony’s son). In the main menu you will find the classic items of the game, but with the addition of an unexpected multiplayer mode. This mode allows you to challenge friends locally (split screen) up to 4 players, or online users in unique challenges. Between tricks, high scores, or timed tag challenges, the online mode features the same modes as the single career sessions, but sharing maps with other players.

There is definitely a lack of a variety of modes in multiplayer, but I understand the desire to stick to the classic game. Another small drawback of this mode is the matchmaking times that are more than often a little too long. Playing in split screen, you often go from the stable 60fps of the single player mode to a lower and unstable frame rate.

As for the campaign, you will find the Skate Tours of the first two chapters of the series, distinct but playable with the same chosen skater. The Skate Tours feature all the maps of the classic chapters, polished, and completely modernized. A remake of the maps characterized by a really high quality level design again surprised me. Furthermore, the styles of the individual athletes lead the player to have to study different ways to reach the secret areas of the maps, or to overcome the challenges proposed by the game, which have remained unchanged. As per tradition, you are asked to pass the threshold scores, collect collectibles, and break the hidden crates for the map.

In addition to this, they have added challenges to complete that unlocks many aesthetic contents for skateboarders and your boards. In addition to this, scattered around the maps you can find mysterious alien plushies and “Vicarious Visions tokens”, useful for unlocking additional hidden contents. 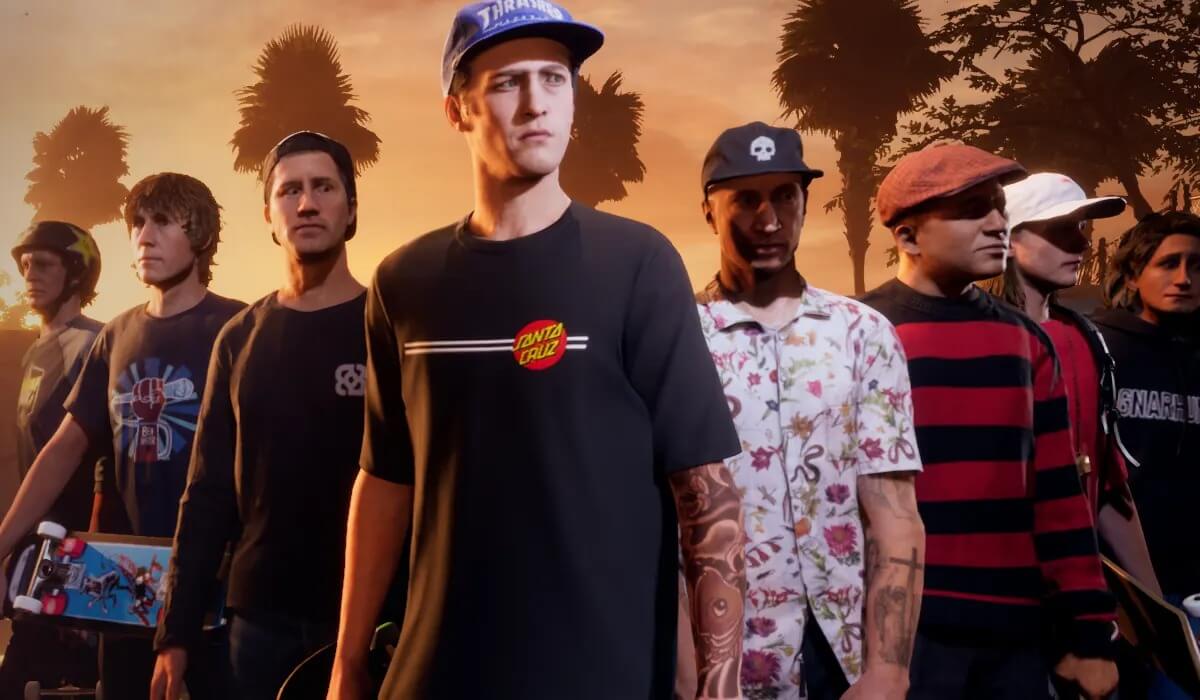 MAKING A CLASSIC EVEN BETTER

One aspect that struck me most about Tony Hawk’s Pro Skater 1 + 2 is the “hybrid” gameplay that the guys from Vicarious Visions have adopted. They thoroughly studied the sector of the first two chapters, but making changes, and improving the little things that did not work well. This gives rise to a fluid gameplay, functional, and devoid of those minor defects that after a few hours of play, to the umpteenth unjustified fall, led you to destroy your controller or pad against the wall. In addition to the noticeable improvements in gameplay, the team has taken over some fundamental mechanics from Pro Skater 3 and 4, such as Revert, Spine Transfer, and Manual.

All this makes this remake a real upgrade of the classic chapters, even from a technical point of view. Performing tricks, thanks to the new control system, are engaging and fluid, but at the same time a challenge for those who aim to overcome previous scoring records. The Manual allows you to land upright and not lose the skills already performed, and the combos between the keys allows you to chain the tricks properly.

In addition, skaters have up to ten slots available for special tricks. These tricks can be characteristic of skateboarders, like Tony Hawk’s 900, or decidedly exaggerated fantasy moves. You can only use these skills after filling the classic Special bar with all kinds of tricks and stunts, and which will be reset in case of a fall. 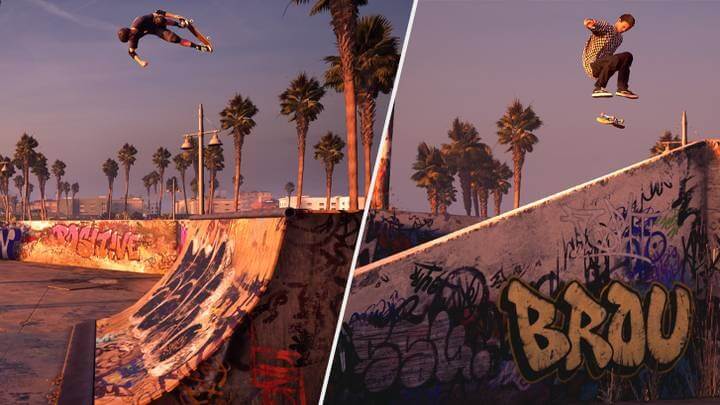 CREATE YOUR OWN SKATE PARK

Continuing in the wake of the splendid work carried out in this remake, the graphics sector also deserves an honorable mention. In addition to the excellent restyling of the maps, the work carried out on the skateboarders, and the almost infinite customization possibilities are a real gem. As already mentioned, the animations are fluid and well made, the textures and details of the characters are accurate and in full aesthetic line with the current gen. In addition to this, the boards are customizable in all their components as well as the “custom” character. This is where big brands like Birdhouse, Vans, and Nike SB come into play, giving the personalization sector a great boost.

Thanks to an editor, you can change your avatar’s voice, skin color, physical appearance, and much more. If on the clothing front we are faced with an enormous choice, the side of the purely physical aspect is a little less elaborate but not inferior. The proposed models, on the other hand, appear realistic and convincing. In addition to skateboarders, it is also possible to create maps, thanks to the “Create a Park” mode.

As the title suggests, you can build your own skate parks thanks to tools including ramps, railings of all shapes and sizes, and much more. There are also decorative elements and “smart pieces”, which can be deformed at will to suit your needs. Last but not least for my Tony Hawk’s Pro Skater 1 + 2 review is the soundtrack that has remained unchanged from the original that could be, for some, a double-edged sword.

If, on the one hand, leaving the soundtrack unchanged helps to keep the soul of the game intact, on the other hand a “rejuvenation” operation would have been a great idea. Many of the pieces of the soundtrack are “outdated” for the younger players of the series, who probably will not recognize even a name among those of the bands. However, if you are a veteran, then these sounds will give you glorious memories. 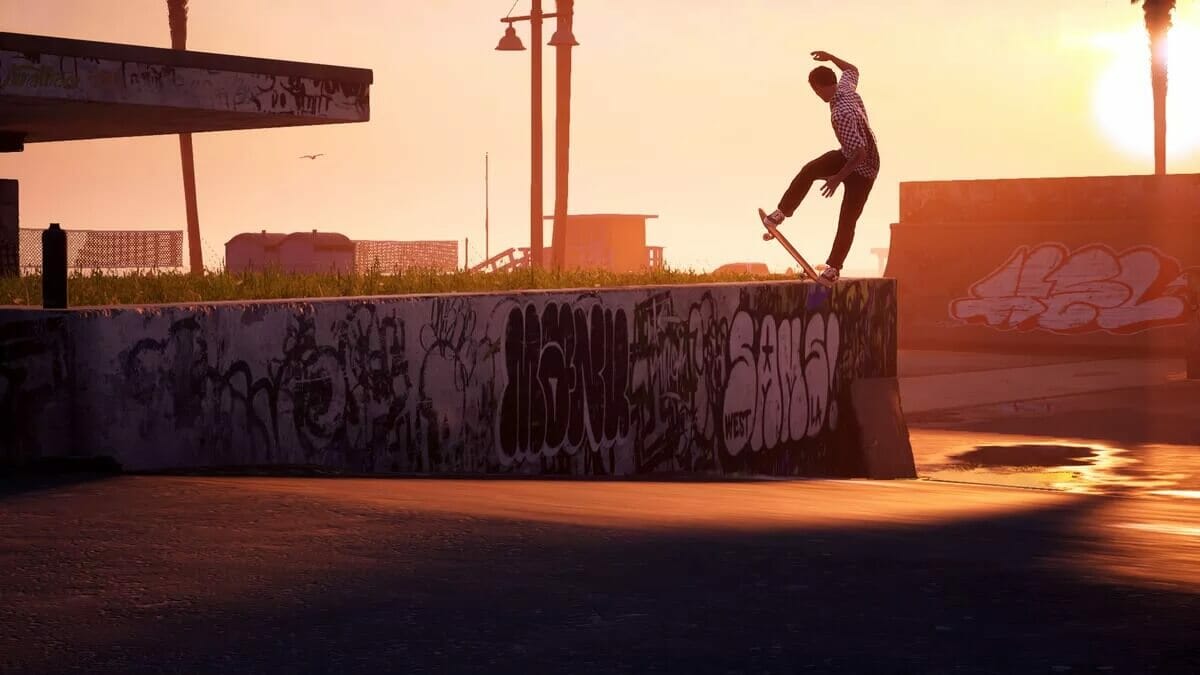 Do you want to try Vicarious Visions and Activision’s Tony Hawk’s Pro Skater 1 + 2? What do you think of my Tony Hawk’s Pro Skater 1 + 2 review on PC? Please leave your thoughts in the comments below. Are you interested in more recently released games? Check out our reviews for Project Cars 3, Spellbreak, Draugen, Evergate, and Kandagawa Jet Girls.

Tony Hawk's Pro Skater 1 + 2 is an almost perfect remake in almost every respect. Vicarious Visions' work has been mammoth, and the team has managed to do full justice to a long-awaited time series from fans and veterans alike.

Two-Player Games to Try With Your Spouse