The Legend of Heroes: Trails of Cold Steel III is Coming to PC!

The game will be released on PC on March 23, 2020. You can get free cosmetic DLC if you purchase the game before then. 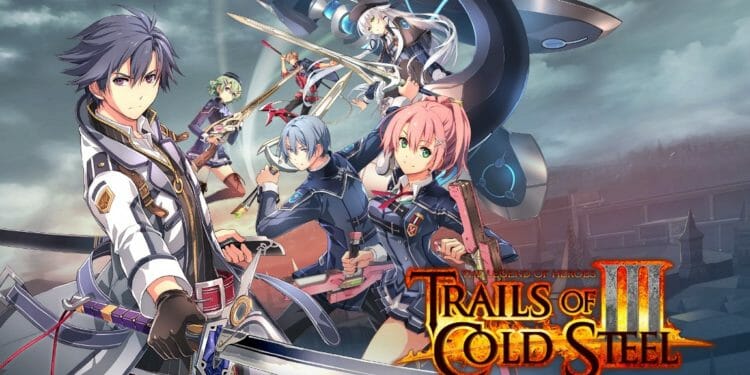 You might have heard of PH3 Games before. They were in charge of the previous titles in the Trails of Cold Steel series. Engine Software is responsible for ports of incredible games such as Killer 7. Their biggest achievement is the multiplatform port of the indie smash hit, Terraria.

By the way, Peter “Durante” Thoman from PH3 Games is currently holding an AMA regarding Trails of Cold Steel III and its PC port. if you want to ask some questions, we recommend you check out this link. Anyway, you might want to see what’s cool about the PC port, so how about you check this out?

So, as I mentioned before, the PC version of this magnificent game distributed by NIS America will come with several perks. If you purchase the game on Steam, you’ll receive free cosmetic downloadable content as a bonus. Keep in mind, you’ll have to purchase the game before March 30 to get the additional content.

However, we do recommend you get a beefy system if you want to get the game. You see, the recommended settings for the PC version of The Legend of Heroes: Trails of Cold Steel III have been revealed on Steam. They are not exactly kind to low-end PCs: 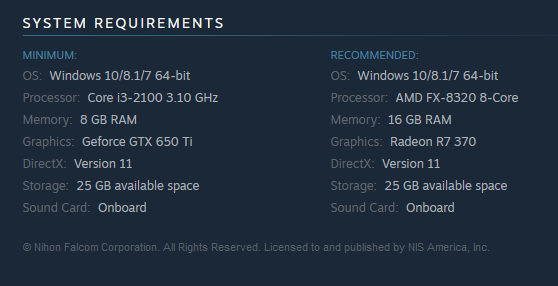 Well, we’ll use a little bit more about the article to mention that a Switch port of this game will come soon as well. The Switch version is due out on March 19, 2020, in Japan and this spring in North America and Europe. So, yeah! Switch owners will not be that far behind the PC Master Race when it comes to a port of this fantastic game.

What do you think about the PC Version of Trails of Cold Steel III? Do you own the game on PlayStation 4? Are you going to purchase the PC version or the Switch version? Let us know your thoughts in the comments section below.