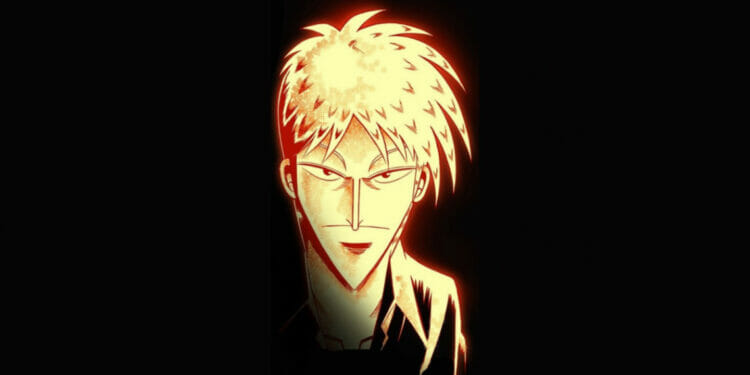 Based around the basic premise of its titular character gambling his way to the top of the underworld, Akagi: Yami ni Oritatta Tensai and his enigmatic prowess for the game of mahjong invites fans into this cold, psychological thriller offering to turn the tide of certain defeat into victory! Akagi is a cold, relentless character, caring little for money or for his own life. In the heat of the gamble, he stops at nothing less than completely crushing his opponent’s will to win. Based on the manga by Nobuyuki Fukumoto, Akagi is the first of his works to get the anime treatment and the adaptation has been executed surprisingly well, lets take a look at the anime adaptation which aired from 2005-2006.

Mahjong is a casual Japanese game that is played with family and friends; however, it’s also played in the more seedier parts of society. The character Nangou is a compulsive gambler, and through a number of bad decisions, he has accumulated a massive debt amounting to three million yen. With all hope seemingly lost, he makes a last-ditch attempt at clearing his monstrous debt and wagers his whole life on a single game of Mahjong with the Japanese mafia, the Yakuza.

Throughout the game, Nangou moves close and closer to death as the chance of him winning any sort of prize diminishes and disappears from his grasp. All of a sudden, when all hope seems to be lost, the game is abruptly interrupted by a young boy, Shigeru Akagi, who’s on the run, trying to escape the clutches of the police force. Nangou, increasingly desperate to escape his dark, twisted fate of death, and hands the game over the Akagi after the young man is quickly taught the basic rules of the game.

The Yazuka, more confident than ever of an impending victory, smirk as young Akagi takes his place at the table. However, they are soon surprised as Akagi is a gifted, natural-born gambler. This figure is set to become a legend as he has a powerful edge over a regular person…because he does not fear death! This helps cast Akagi as a genius totally unrivaled, unsurpassed, and invincible in the form of gambling. After the antics of facing off and winning against the Yakuza members, more challenges await Akagi on his journey to the top. To say any more would give away too much of the plot, so let’s talk about the visuals that accompany this series. 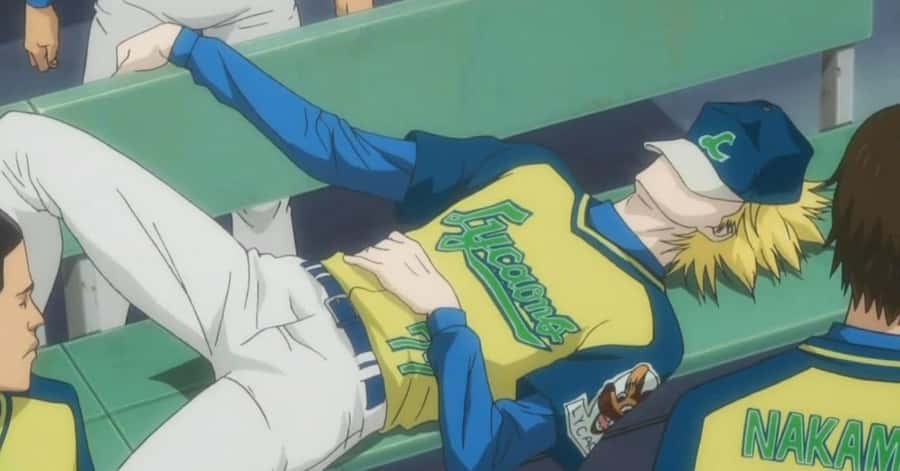 The artwork of the show is unsurprisingly the most talked about factor by both the people who have already seen it and people yet to experience it. If the unique art style is a reason that you’re holding back on giving this show a watch, we suggest you give it a few episodes to warm to its charm! The highly stylized nature of the character design resembles more of a cartoon than a traditional anime, so if you fancy imitating Akagi and placing a punt on a cartoon-inspired game, you can read the full Reactoonz slot review from playrealmoneyslots.co.uk here. But don’t be fooled, the less serious, lightened nature supports both the psychological and intense nature of the show.

Not only are the characters realized in an impressive manner, even for the transparent Mahjong tile effects are beautifully done. The backgrounds used have a great synchronization to the time period this anime is in, the 1960’s.

We’ll conclude by saying Touhai Densetsu Akagi: Yami ni Maiorita Tensai is a classic Seinen about gambling which is executed from the start without ever missing a beat. A lot of casual viewers may not be daring to go into this one because of the adult themes or that it’s based around the distinctly Japanese game of Mahjong. While it would certainly help if you knew the game basics, you’re still able to digest the action given you pay attention to the translator notes, coupled with the character narration filling in any gaps.

How to Choose the Best Gaming Monitor for a PS5 Setup