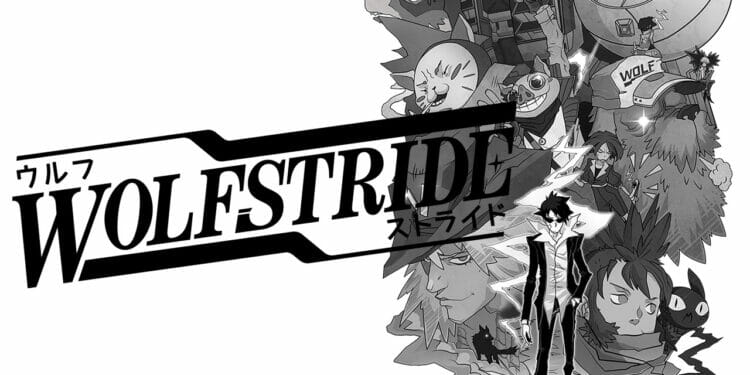 Wolfstride, an upcoming mech combat RPG from developer OTA IMON Studios and publisher Raw Fury, was announced at last year’s Guerrilla Collective. This year at Guerrilla Collective, it seems we also got some more news regarding the game. Specifically, we got full-on gameplay reveal, and news that a demo is now available on Steam.

The stylish mech combat game makes use of black and white colors to create a retro comic book style. In many ways, it seems influenced by mangas in its style. Though there is of course more to the game than just stylish visuals.

The game uses a classic turn-based battle system. You can use your Movement Points to outmaneuver opponents. You also use Action Points to deliver precision strikes and crushing blows. Honing your piloting skills will help you dominate the battlefield.

In the hanger, you can upgrade and maintain your mechs. Though you must make sure to budget your upgrades and repairs carefully. So take jobs around town to earn money to pay for upgrades.

Explore Rain city, one of the last remnants of the old world. This is where you meet people and build relationships. As a former Yakuza, you know all about doing the dirty work.

In time for Steam Next Fest, a celebration of upcoming games, a demo of Wolfstride is now available to play on Steam. The demo takes you to the arena to test both your strength and skills in two replayable matchups, with the chance to upgrade your mecha COWBOY between each turn-based battle.

If you want to explore the world of Wolfstride and follow three partners in crime as they inherit a legendary mecha called COWBOY, then this is a good opportunity to do so. The new international sport of the new world is giant mecha battles, and with COWBOY, they aim to forge a path as a new team.

What do you think of Wolfstride? Let us know in the comments!