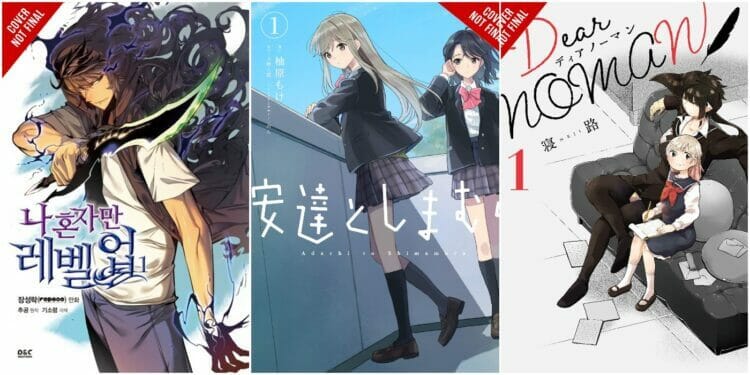 Publisher Yen Press recently announced another set of manga and light novel acquisitions some of which include fan favorites such as Interspecies Reviewers Comic Anthology: Darkness, and Solo Leveling. You can check out the huge list of acquisitions alongside their descriptions below. Keep in mind that the release dates for these titles are yet to be revealed. 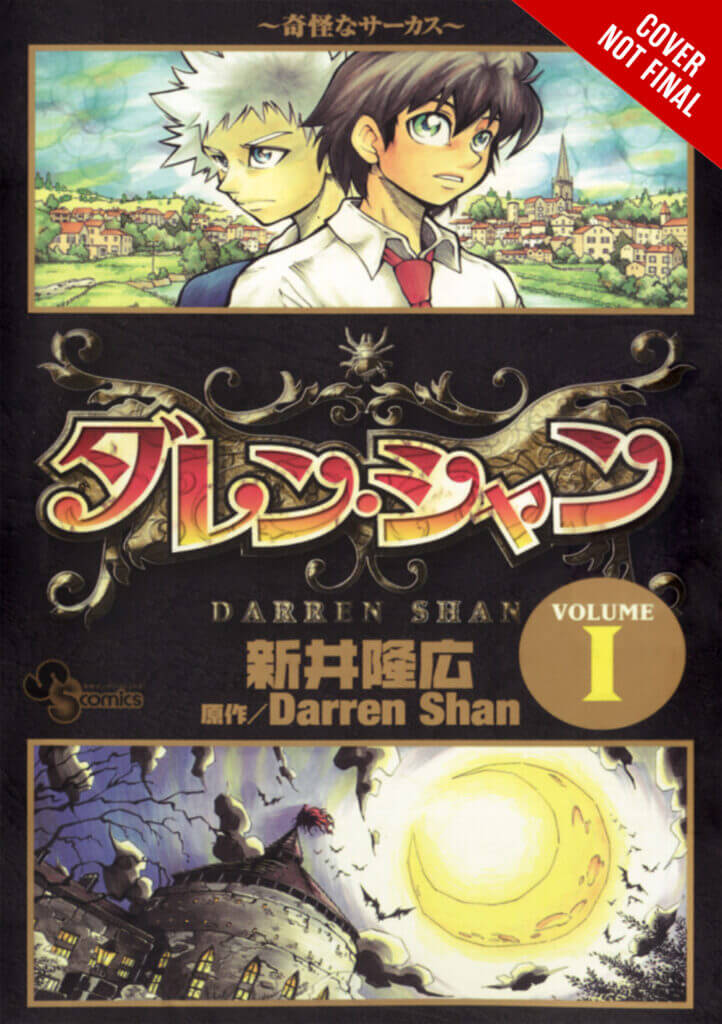 Discover the manga adaptation of Darren Shan’s Cirque Du Freak, now back in a new omnibus form! Darren Shan was an average kid until destiny brought him to the Cirque du Freak. Now Darren’s been immersed into a shadowy world inhabited by vampires, werewolves, and strange creatures the likes of which he’s never imagined, and his life will be changed forever!

Cirque Du Freak, the manga adaptation of Darren Shan’s best-selling The Saga of Darren Shan vampire fiction series, was an early release by Yen Press originally published in 2009. This 2-in-1 omnibus edition collects the classic series with a larger trim size for a new generation of fans to enjoy. 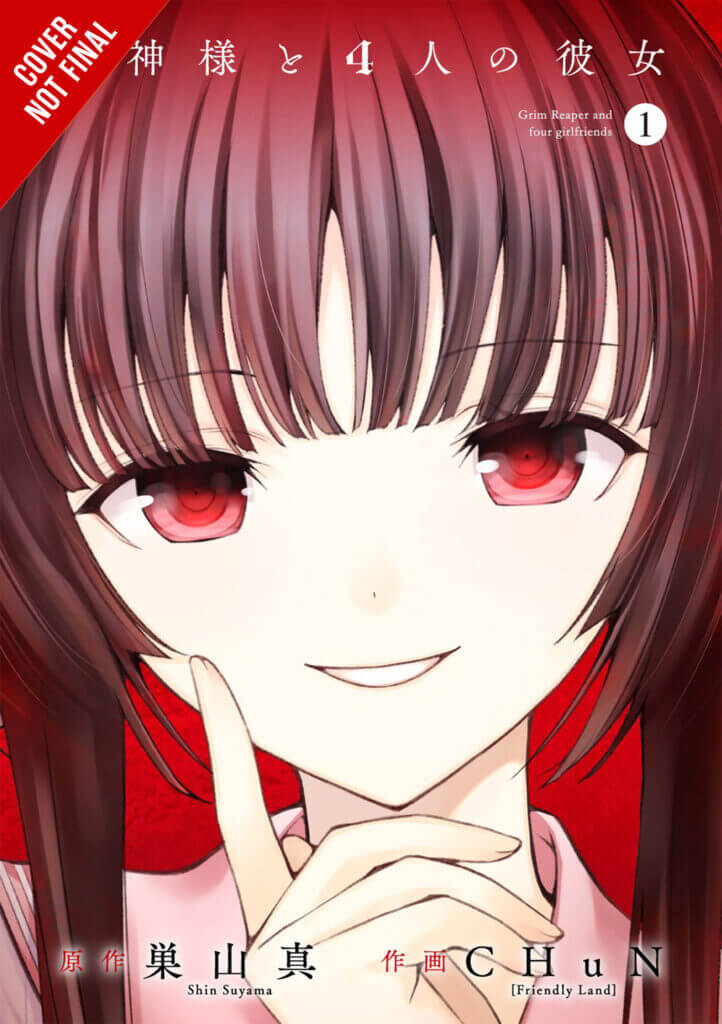 Kaoru Minaguchi is a “no-lifer” who sucks at school, can’t play sports, lacks any real talent, definitely doesn’t have a girlfriend, or even a remote desire to change his ways…until a certain grim reaper pays him a visit. Turns out, she’s a reaper of “no-lifers” and if Kaoru can’t find a way to become a true “real-lifer,” he’s as good as dead…!

Originally published as a digital exclusive by Yen Press, the shonen romance Grim Reaper and Four Girlfriends makes its print debut with an omnibus edition that completes the three volume series. This quirky twist on shonen romance stories excellently delivers on fan favorite elements including laugh-out-loud comedy and a cast of four beautiful love interests. 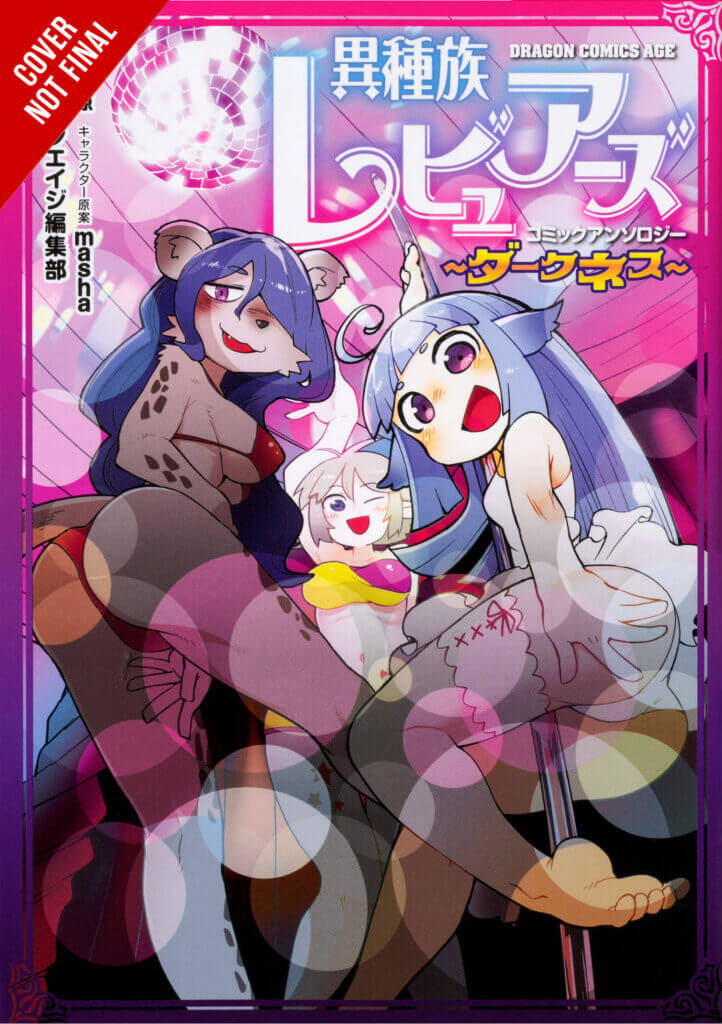 A loving tribute to the monster brothel adventurers of Interspecies Reviewers, this anthology includes art and comics by talented Japanese creators including Okayado, ZTon, and Gashi-gashi! 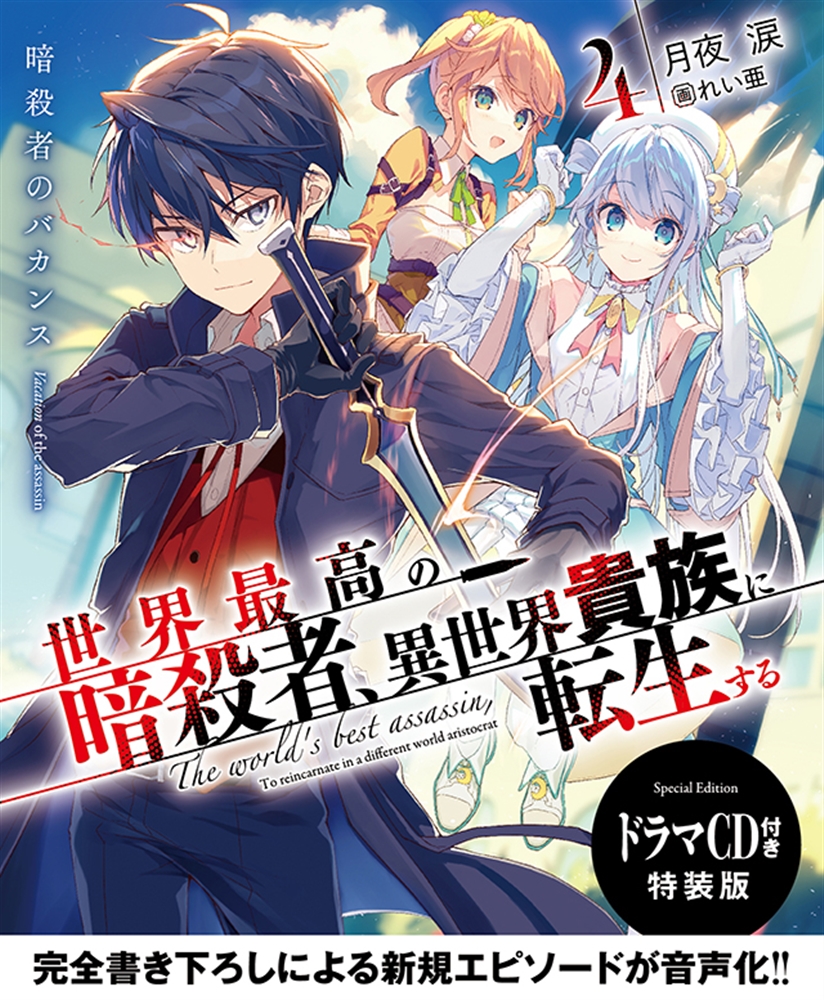 The World’s Finest Assassin Gets Reincarnated in Another World

The world’s finest assassin has been reincarnated in another world. His mission-to kill the Hero prophesized to save the world from disaster! With his deadly skills from his previous life and the magic he learns in this one, he’s well on his way to becoming the greatest assassin in all of history…

A manga adaptation of the light novel series recently acquired by Yen Press, The World’s Finest Assassin Gets Reincarnated in Another World is a fun twist on isekai storytelling in which the story is told from the point of view of an anti-hero set to take down the hero. A welcome addition to fans of isekai manga as well as fans of the upcoming light novel series. 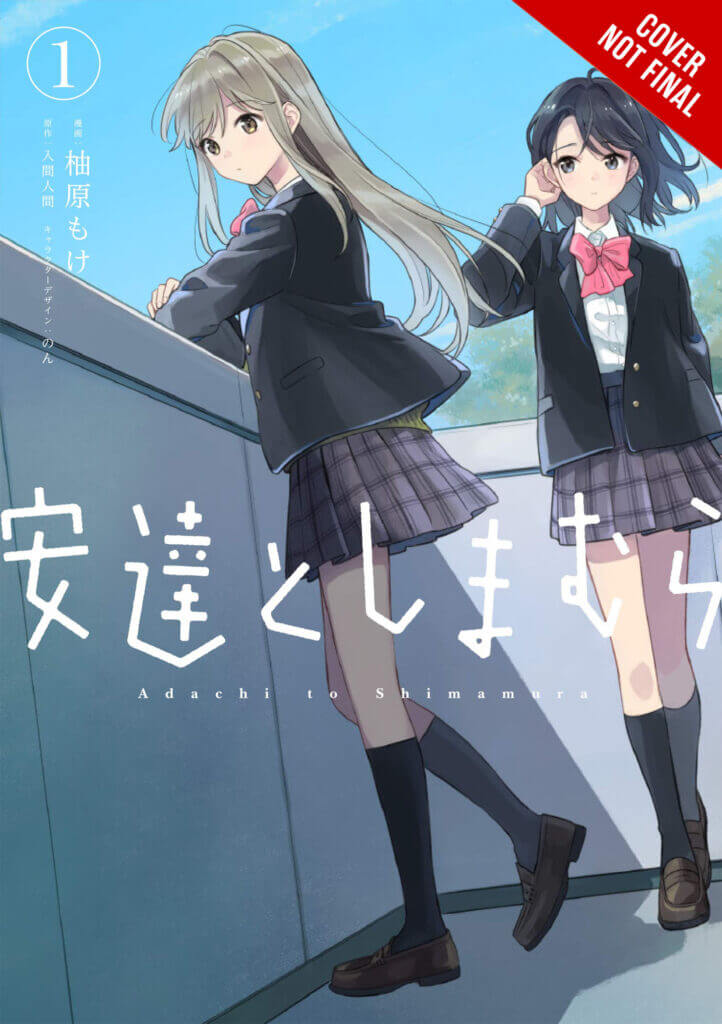 The second floor of the gym. That’s our spot. Class is in session right now, but they don’t hold class in a place like this. This is where Shimamura and I became friends. What is this feeling? Yesterday, I dreamed of kissing her. I’m not like that, and I’m sure Shimamura isn’t either. But…when Shimamura thinks of the word “friend,” I want to be the first thing that comes to her mind. That’s all.

Based on the light novel series by the same name, Adachi and Shimamura is a sweet, school life yuri romance that is the basis of an anime series scheduled for a Fall 2020 release. 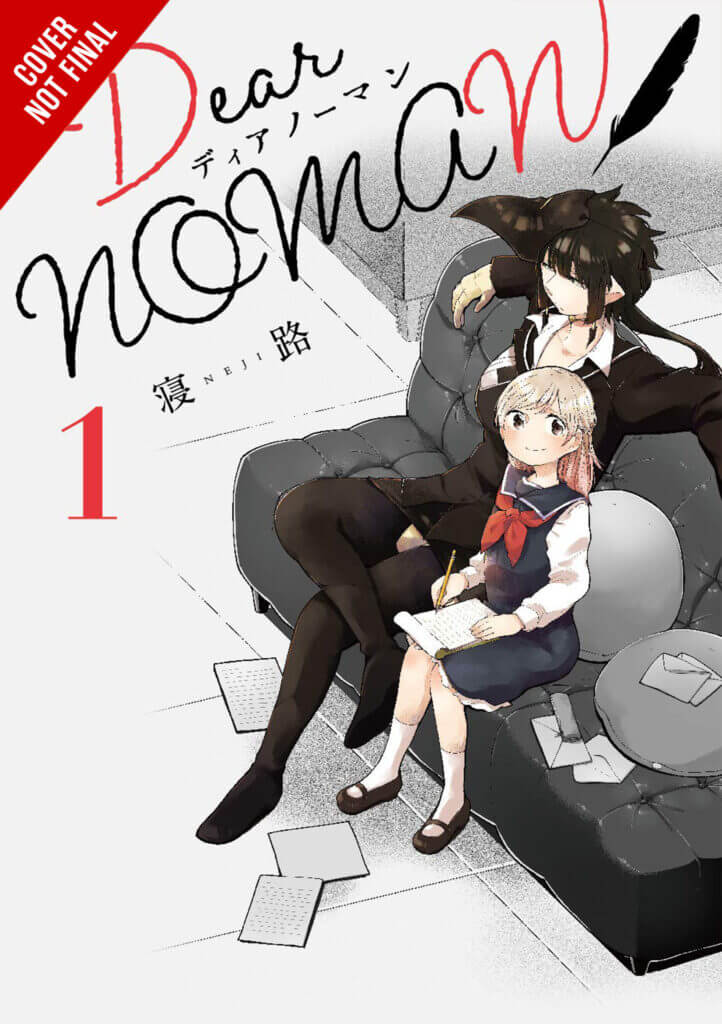 Story and Art by Neji

Since she was young, Mashiro Unohana has been able to see ghosts. She pretended not to see them so others wouldn’t find her creepy, but one day she finds herself caught up in the world of those that are not human—the Nomans.

A massive webcomic hit in Japan, Dear NOMAN is a fantasy manga series filled with comedy and friendship with hints of girls’ love elements. A surefire hit with fans of supernatural storytelling taking place in school settings. 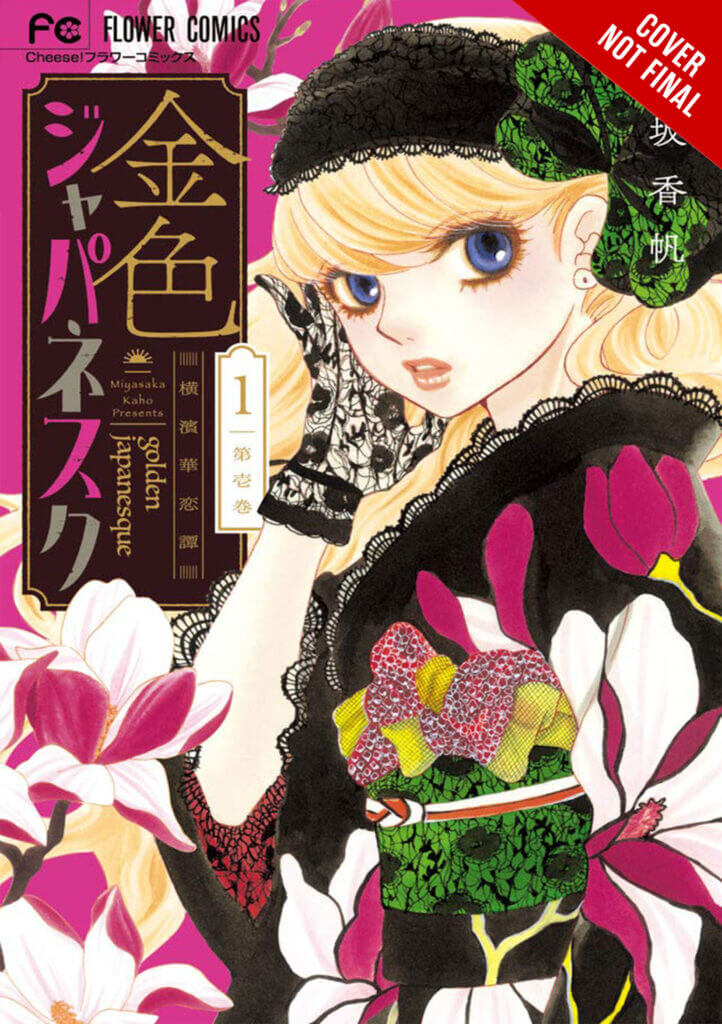 Story and Art by Kaho Miyasaka

Living in Meiji era Japan, Maria must hide the blond hair and blue eyes she inherited from her father out of concern over discrimination. But when a boy named Rintarou learns her secret, he can’t help but say something: “You’re…like a mermaid…” A dazzling historical romance awaits!

Golden Japnesque – Yokohama Karentan – is a beautiful shojo romance that falls into the category of historical fiction. As such, this series appeals to fans of media covering Japanese history, such as Golden Kamuy, as well as the core shojo manga audience. 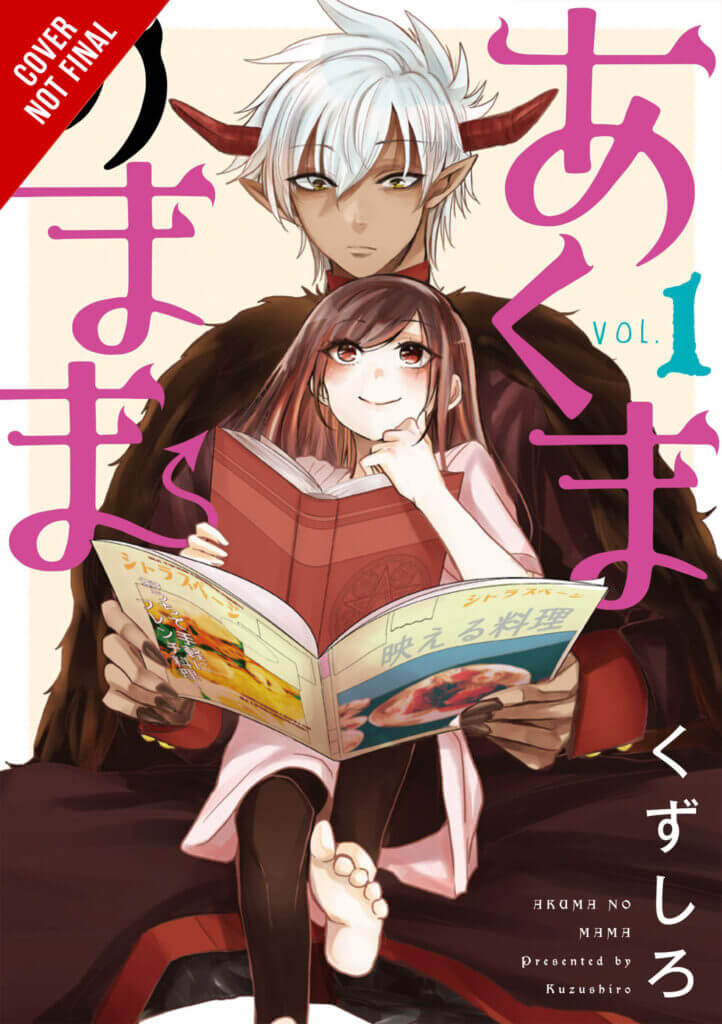 Story and Art by Kuzushiro

Seere is a subordinate demon to Amaimon, the eastern King of Hell. Serious in his work, he prides himself on his ability to make any wish come true. But when he’s summoned from a grimoire, what awaits him is a little girl with but one wish: “Please be my mama!!” Seere’s long road to motherhood starts here!

Mama Akuma is a sweet and adorable slice-of-life series involving a demon lord becoming the mother of a young girl. As a fun slice-of-life take on fantasy storytelling, the series appeals greatly to fans of popular works such as I’ve Been Killing Slimes for 300 Years and Maxed Out My Level. 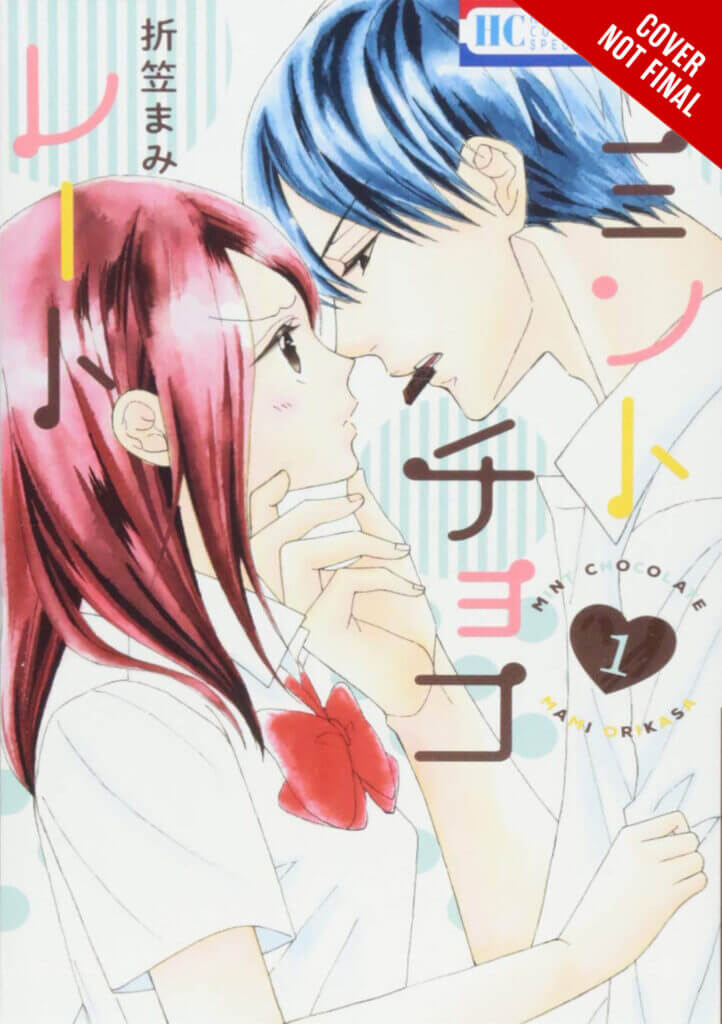 Story and Art by Mami Orikasa

When Nanami’s high-school crush suddenly becomes her step-brother, she’s faced with the unfortunate reality of having to live under the same roof as her now off-limits love-interest! Will his chilly attitude and arrogant ways be enough to turn her off, or is Nanami in for some long and sleepless nights…?

Mint Chocolate is a school life shojo romance, the debut work of Mami Orikasa. This fun and often comedic series is complemented by a beautiful and alluring art style and is sure to appeal to a core shojo audience that gravitates to high school romances.

Story and Art by Syou Harusono

Miyano spends his days peacefully reading Boys’ Love comics and worrying about how girly his face is—until a chance encounter leads to a scuffle with his senior Sasaki. Intrigued by his feisty junior Miyano, delinquent Sasaki uses every opportunity he can to get closer…

Originally a popular webcomic, Sasaki and Miyano is a fun story of a passionate fan of boys’ love and his new friend who is quickly learning the ins and outs of the world of boys’ love! This manga is a must read for the passionate boys’ love fanbase, especially those that enjoyed Go For It, Nakamura! 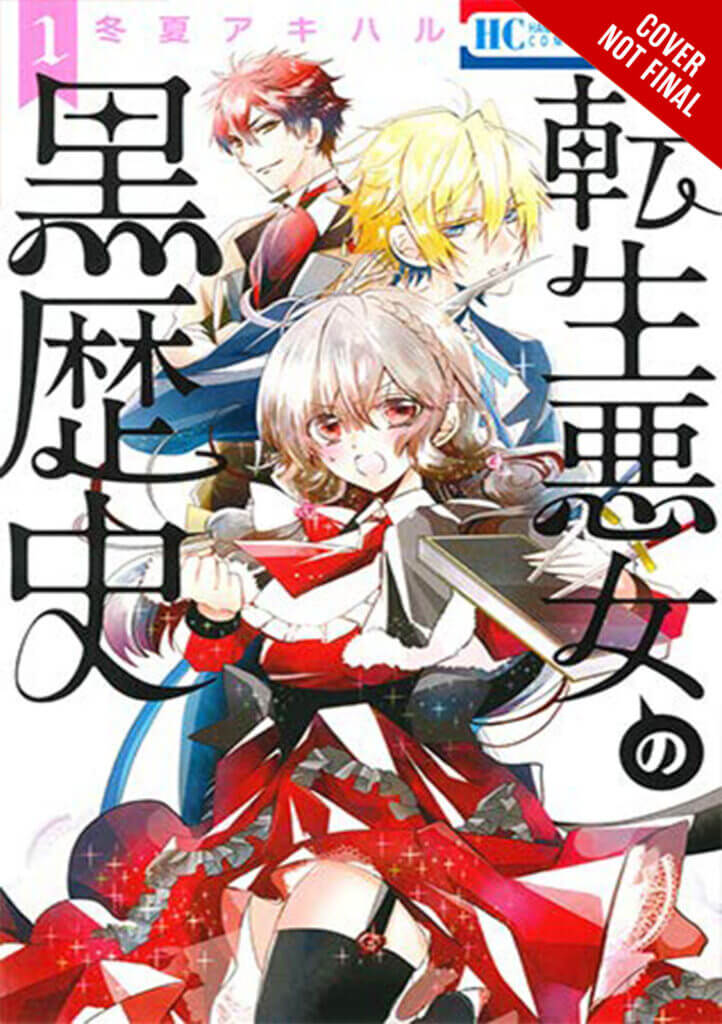 The Dark History of the Reincarnated Villainess

Story and Art by Akiharu Touk

Konoha Satou has a dark history, written throughout middle school—a fantasy adventure of love and magic about the Count’s daughter Konoha Magnolia and the knights who love her! But when it looks like that dark history is going to be uncovered by her mother, Konoha panics and dies in a traffic accident! Opening her eyes, she finds that she’s been reincarnated into the world of her own dark history as Iana Magnolia, the worst villainess of her own creation!

The weakest of the weak, E-class hunter Jinwoo Sung has no money, no talent, and no prospects to speak of. And when he enters a hidden dungeon that fateful day, he ends up being left to die in the aftermath of a horrendous tragedy. At death’s door, Jinwoo is suddenly invited to be a “player” by a mysterious voice. Desperate to live, Jinwoo jumps at the chance…but what is this strange new leveling system that only he can see?

Solo Leveling is a popular Korean novel series that has developed a large Western fanbase. It tells the story of a hunter who manages to rise from the lowly E-class in a world where leveling up is not possible. Borrowing RPG elements such as dungeon exploration and leveling up, this highly-anticipated series appeals greatly to fans of RPG-inspired light novel properties. 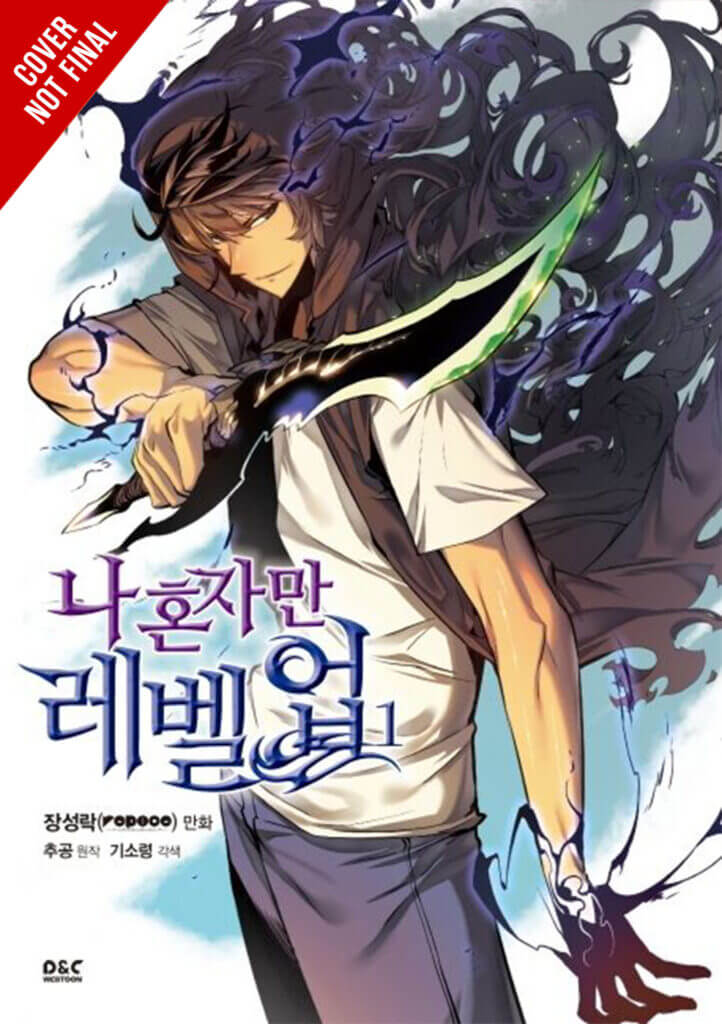 The official English print publication of the popular Korean webcomic! E-class hunter Jinwoo Sung is the weakest of them all. Looked down on by everyone, he has no money, no abilities to speak of, and no other job prospects. So when his party finds a hidden dungeon, he’s determined to use this chance to change his life for the better…but the opportunity he finds is a bit different from what he had in mind!

The Solo Leveling comic adaptation has seen immense popularity in Japan and Korea as a webtoon and has garnered a rapidly growing fanbase in the West. With vibrant color artwork telling the action-packed story, the Solo Leveling comic will be a welcome addition to the collection of diehard fans of the series as well as fans of RPG influenced comics and graphic novels.

Are you excited for these upcoming Yen Press titles? What’s your favorite manga series? Let us know your thoughts in the comments section below.

Retro Review: Stubbs The Zombie In Rebel Without A Pulse