7th Sector is quite a unique game. Those of you who are familiar with Playdead’s Limbo and more relevant Inside will enjoy its unique and mysterious take to storytelling. You start out as a phantom-like specter trapped in a television; you can barely make out a human figure as you push your analog sticks to escape the TV. Once you’re out of the said TV, your journey begins as an electrical spark moving from one powered object to the next. 7th Sector greatly succeeds in making you curious about its futuristic cyberpunk setting. Immediately you boot up the game you find yourself in a dystopian city in which a conflict is taking place between man and robots.

Most of the story will be told in the background if you pay attention. But, most of the time, you’ll get fewer answers and more questions as you progress through the game. Besides this, 7th Sector is surprisingly beautiful with polished visuals for such a small game it is. The ominous soundtrack and synth-wave songs further help its dystopian setting and cyberpunk aesthetic. 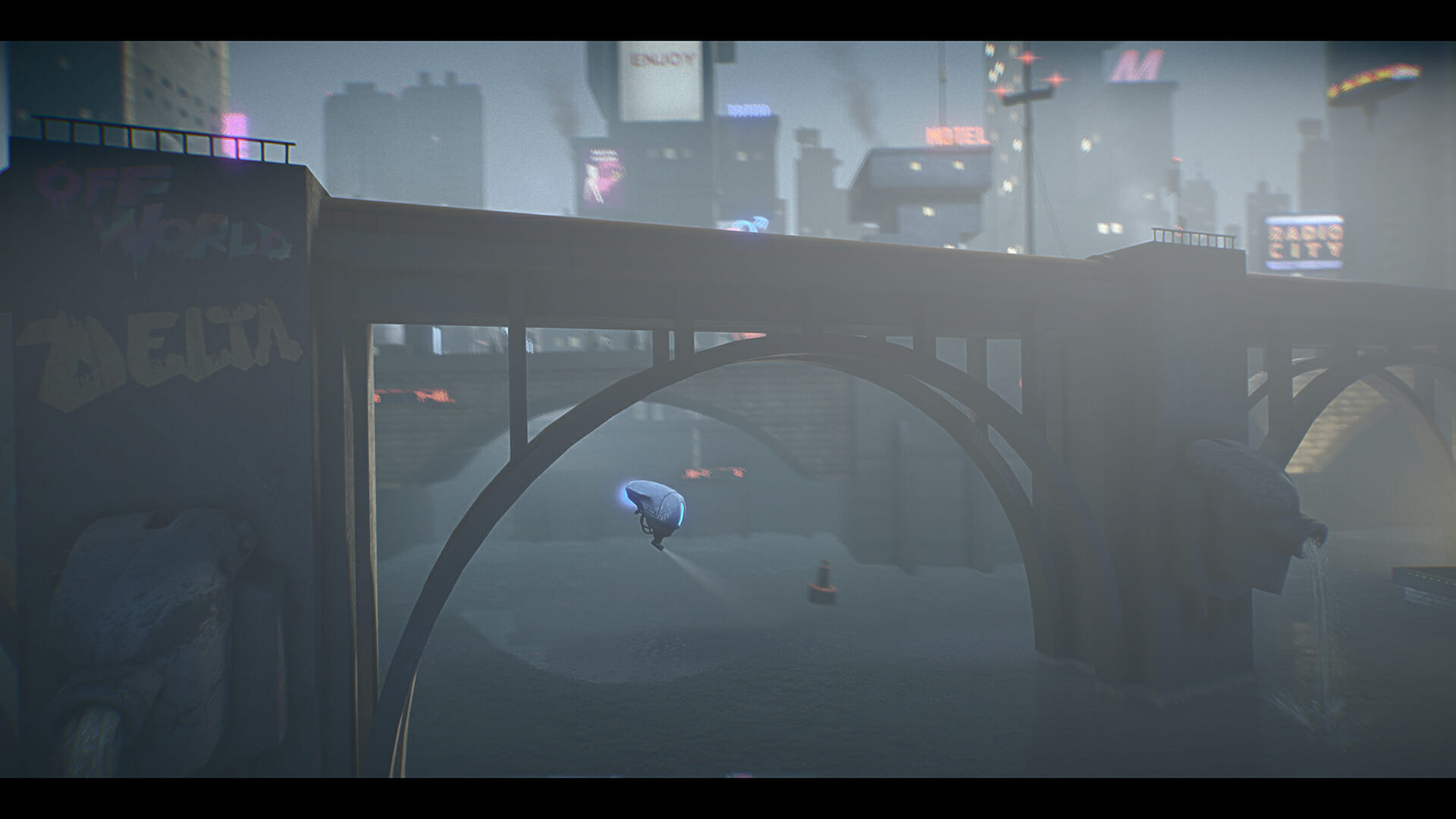 Your one hurdle (at least at earlier parts of the game) is its many and varied puzzles. From simple wire linking puzzles, to complicated math and environment puzzles. I’m not fond of puzzle games though interesting and challenging I often find them unengaging and bland.

However, 7th Sector succeeds in proving me wrong. Every puzzle at the start differentiates itself from the next one. They keep you on your toes as each puzzle will have its own way of solving it. Some are so convoluted and difficult you’ll be forced to either brute force your way into solving it by clicking random buttons and hoping it works, or just calmly using trial and error. The inclusion of these puzzles is what separates it from games like Inside and the like.

Though, I must say while an interesting mechanic, the puzzles get overwhelming almost constantly. Immediately finishing a puzzle, you’ll move on to many others without rest. This gets exhausting mainly for the fact these aren’t always simple puzzles with a direct answer, especially ones that will test your quick reasoning and patience.

With most puzzles, you’ll have to find a pattern and accomplish your goal with swift timing, so in most cases, brutal perfection is needed. This can be a good thing, however, as players who revel in puzzle solving will enjoy this game the most, but players who pick up this game just for its pleasing aesthetic and premise might get overwhelmed quickly. 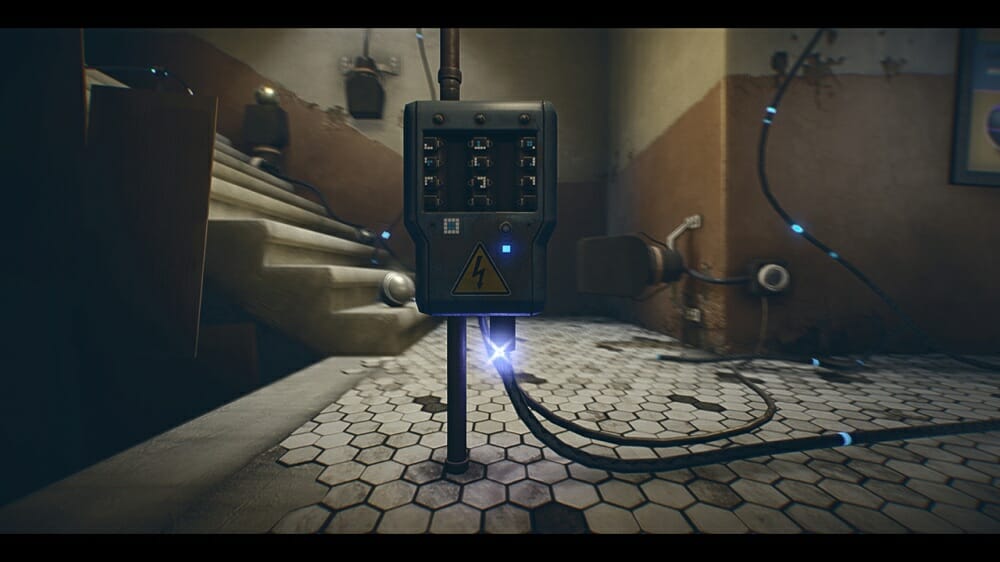 Asides the interesting yet tedious puzzles, players who push on will notice as you progress you’ll control many different objects. It keeps things interesting as each object you control has its own purpose for progression and traversal like controlling a smaller ball-shaped robot to move past stealth sections or controlling an even bigger robot to burst through a facility.

You’ll also run into other hostile robots, which will not be fun as again, you’ll have to have a perfect run at each encounter. Death comes easily if you aren’t paying attention.

During one of these sections, you’ll either have to evade said robots or fight them head-on only once during the main story do you engage in combat with the enemy. The combat mechanics aren’t the strong point of the game, which is why you’ll only use them once throughout. Overall while short-lived, it does its job.

All in all, 7th Sector is an intriguing game with an interesting take to storytelling. It has a nice aesthetic and atmospheric setting coupled with good looking graphics and fitting yet ominous soundtrack. It keeps you interested with its mystery. You find yourself chasing answers as you progress.  Though it’s held back a bit by some of its less than optimal puzzles that tend to be overwhelming, and its combat. 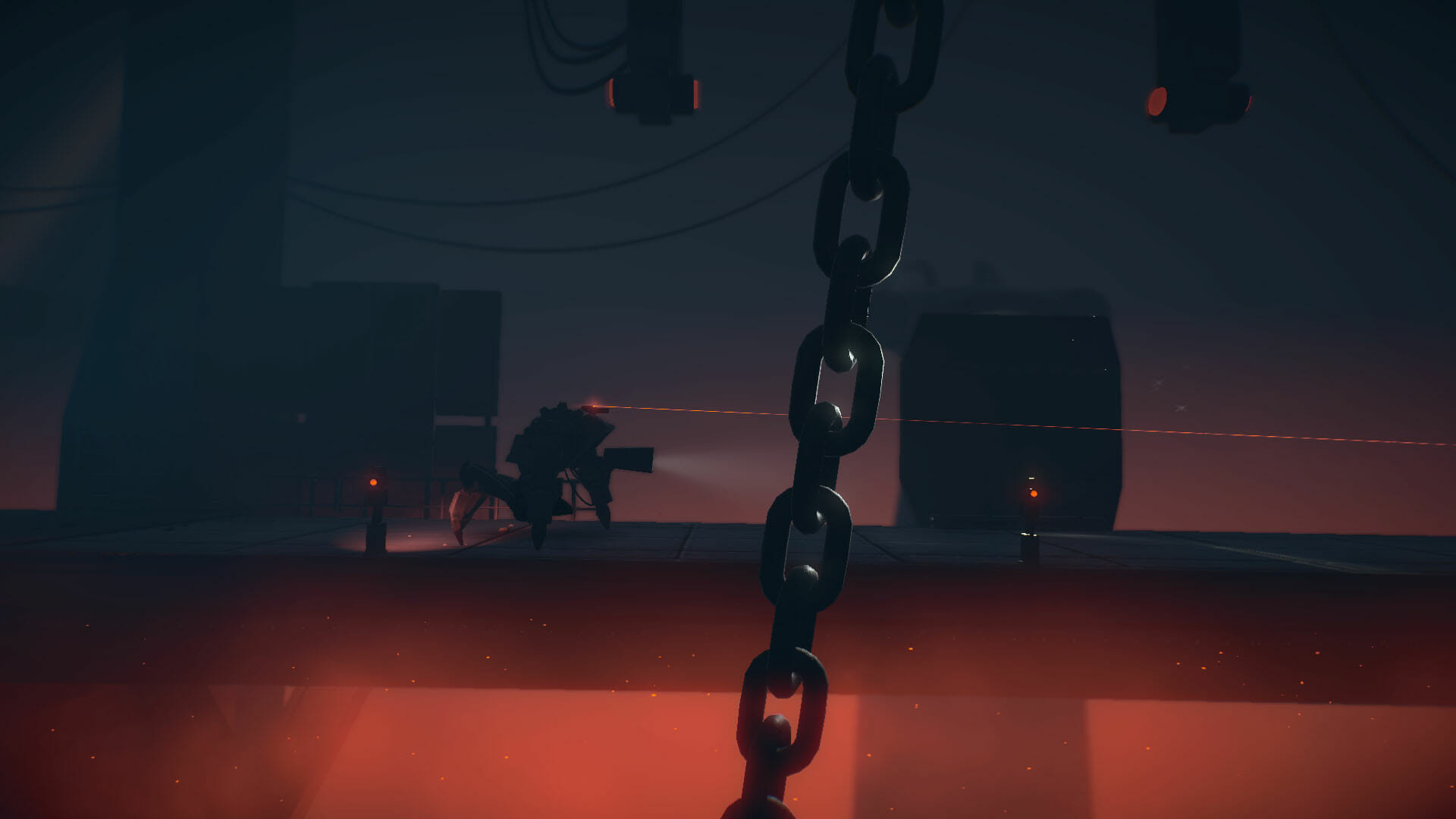 By the end, though, you’ll be glad you made it through all its daunting tasks as everything will be revealed in its final act, and things will start making sense.

You can go even further after the end as the game has four different endings  with some optional puzzles and unlockable concept art if you wish to complete it fully. Sadly after ending the game, there’s little reason to return to it making its replayability quite low.

So if you are fond of puzzle games and futuristic dystopian settings, you should give 7th Sector a try. You’ll enjoy your experience at the very least. Just don’t forget to bring your calculator.

A review copy was provided by the publisher for this review

What do you think about 7th Sector? Are you interested in puzzles? Do you plan on playing this? Let us know your thoughts in the comments section below.

7th Sector is an intriguing game with an interesting take to storytelling. It has a nice aesthetic and atmospheric setting coupled with good looking graphics and fitting yet ominous soundtrack. Though it's held back a bit by some of its less than optimal puzzles that tend to be overwhelming, and its combat.

Journey to the Savage Planet Review