My Episode 1 Impressions on The God of High School

I must admit Crunchyroll has been killing it Lately. It’s been back to back hits with their original anime with no signs of stopping. Last season brought a bombastic hype inducing collaboration with Webtoon in the form of Tower of God. This season aims to continue this excellent partnership with Yongie Park’s The God of High School.

Produced by studio MAPPA, the anime follows Highschooler Jin Mori as he takes on an epic all-style martial arts fighting tournament with his friends called The God of High school. The tournament, which takes place in Korea, includes a wide variety of high schoolers from all over the country as they seek to be the ultimate champion and achieve their deepest desires.

The first episode shows a little back story of Jin parting ways with his grandfather and his trip to the aforementioned tournament’s preliminaries.  On his way there, he meets newly formed friends and fellow tournament participants Han Daewi and Yoo Mira while they pursue a purse snatcher on a bike in the zaniest, cartoonish way possible. It’s quite obvious the primary goal of the chase sequence was to show us a glimpse of the fighting moves, physical prowess, and personalities of the trio while also being hilariously entertaining.

The component of the episode I appreciated the most was the overall impressive production level. The character’s movements while sporadic were fluid, and the character design was quite accurate to their webcomic depictions. Those who read the webcomic will know the adrenaline-fueled ride the anime is expected to provide. With multiple characters facing off in a grand battle royal, including different sets of fictional and real-world fighting moves its quite difficult not to be excited.

The fighting choreography moves from one character to the next during the grand fighting scene in the arena showing off an impressive amount of fluidity between each motion. Studio MAPPA has done an excellent job yet again, and hopefully, the animation maintains its quality throughout.

The first episode succeeded in introducing us to the cast of characters in the most explosive way possible, with surprisingly low introductions, dialogue, or back story, just straight into the action to give the people what they want to see. It’s not very often you’ll get to see the very best part of an anime or at least the most appealing part of an anime right from the first episode. However, I still found myself missing the traditional introductions or slight amount of filler I’ve come to expect from recent anime.

Especially with characters that this blatantly interesting, you can’t help but wonder what’s going through their minds, how they got here, or what their end goal is. The first episode does an excellent job of showing just enough to pull the audience in a while, shrouding the rest in total darkness, leaving us in a state of complete anticipation.

Another aspect of the anime I appreciate, at least for now is the sound design. The soundtrack unsurprisingly fits quite well for all the high octane moments of the episode. Both the opening and ending songs starts and leaves the viewer in a state of constant hype and excitement. 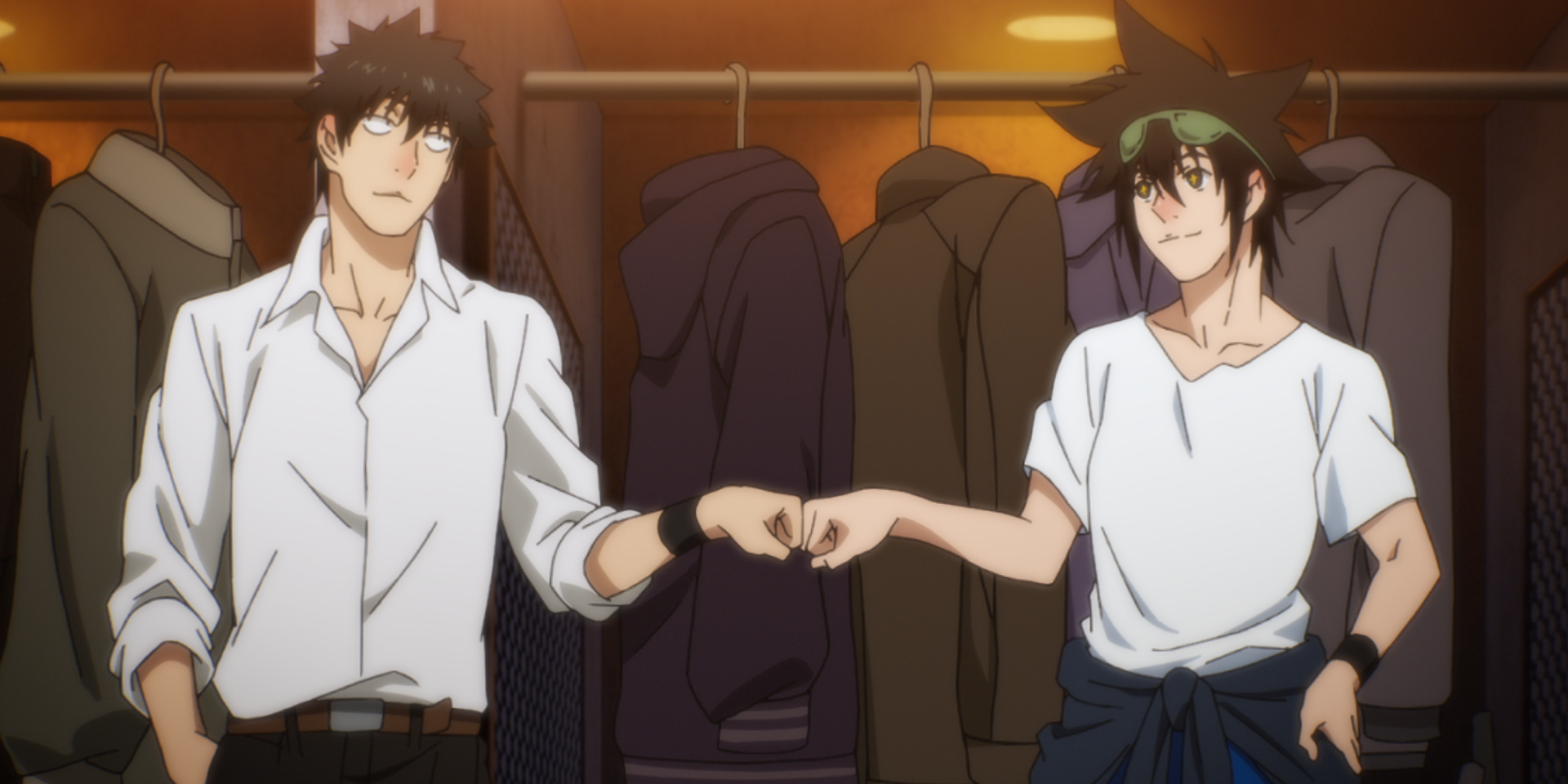 Overall, the first episode of The God of High School was a strong start showing off what its capable of and what it has in store for us in episode 2. I personally hope the characters will be explored more, and with that, the anime will hopefully do justice to its source material.

If you haven’t seen the first episode of The God of High School, it’s available to stream right now on the Crunchyroll website.

Have you seen the first episode of The God of High School? Do you have a favorite Webcomic? Let us know your thoughts in the comments section below.