Fortune Favors Lady Nikuko is a highly unique film as it is one that I believe can only be told through the anime film medium. While the narrative being told isn’t a grandiose one, it is one that’s intimately focused on its characters and, as a result, provides a heartwarming viewing experience.

The film begins with a story about its titular character Nikuko, a woman who unfortunately has not had a smooth life as she’s been cheated by almost every man she’s met and had to move from one place to another with her daughter Kikuko. Kikuko is actually named after her mother, who’s nicknamed Nikuo (“The Meat Lady”) due to her boisterous nature, big size, and her love for meat (hence the “Niku” meaning meat in her name). Her almost too carefree nature often embarrasses her young daughter, who’s just trying to live a normal life in grade school.

The film intricately tells the story of the mother-daughter duo by displaying the crucial moments in their lives, be it Nikuo’s checkered past or the new experiences young Kikuko lives through every day. No moment in the film feels useless or included for the sake of it, as each event we see them live through builds their character more and forms a unique bond with the viewers.

In the first half of the film were shown Kikuko’s daily life as a normal grade-schooler. She deals with everyday problems and experiences like dealing with conflict among classmates, fighting and making up with friends, and even discovering a new crush. These little moments succeed in highlighting the simple, innocent, yet often turbulent moments of youth. Later on, however, we are then shown a contrasting story about Nikuo’s past and the nature surrounding Kikuko’s birth which, compared to the earlier part of the film, tells a more gritty, adult, and raw story. It also displays an unfortunate side of adulthood that some people, especially women, sadly have to live through.

These stories are blended so well into the story despite its 90 minute screening time that you can’t help but feel drawn to the characters despite their simple nature, as the fact that they’re simple, highly likable characters living simple lives makes them that much more endearing. The film doesn’t feature any central narrative or fascinatingly deep plot, which admittedly may deter some filmgoers. However, if you’re like me, you’ll find the film incredibly delightful as it provides an intimate and entertaining story that just lets you turn your brain off for ninety minutes.

Another element of the film that is arguably its most attractive aspect, if not its best aspect, is the animation. Studio 4°C did an excellent job presenting the beautiful picturesque scenes of a windy ocean-locked island, with incredibly detailed backgrounds and character designs reminiscent of Ghibli films (including Ghibli references) thanks to character designer and supervising animation director Kenichi Konishi, who worked for the studio on The Tale of Princess Kaguya, yet the film still has its their own unique aesthetic. A core aspect or element in the studio’s films is their near-obsession with water, which comes across quite well in this film. The animation of this element, while not prominent throughout, always evokes a feeling of serenity when displayed. The film’s soundtrack also significantly adds to this feeling as, again, while used sparsely, successfully adds to the experience.

The only aspect of the film that hinders the experience is that some parts of the plot, which you’d expect to be wrapped up neatly at the end, are left up to the viewer’s interpretation, most likely due to time constraints on the film. While these ignored plot points aren’t jarring enough to negatively affect the viewing experience, it is worth pointing out regardless. 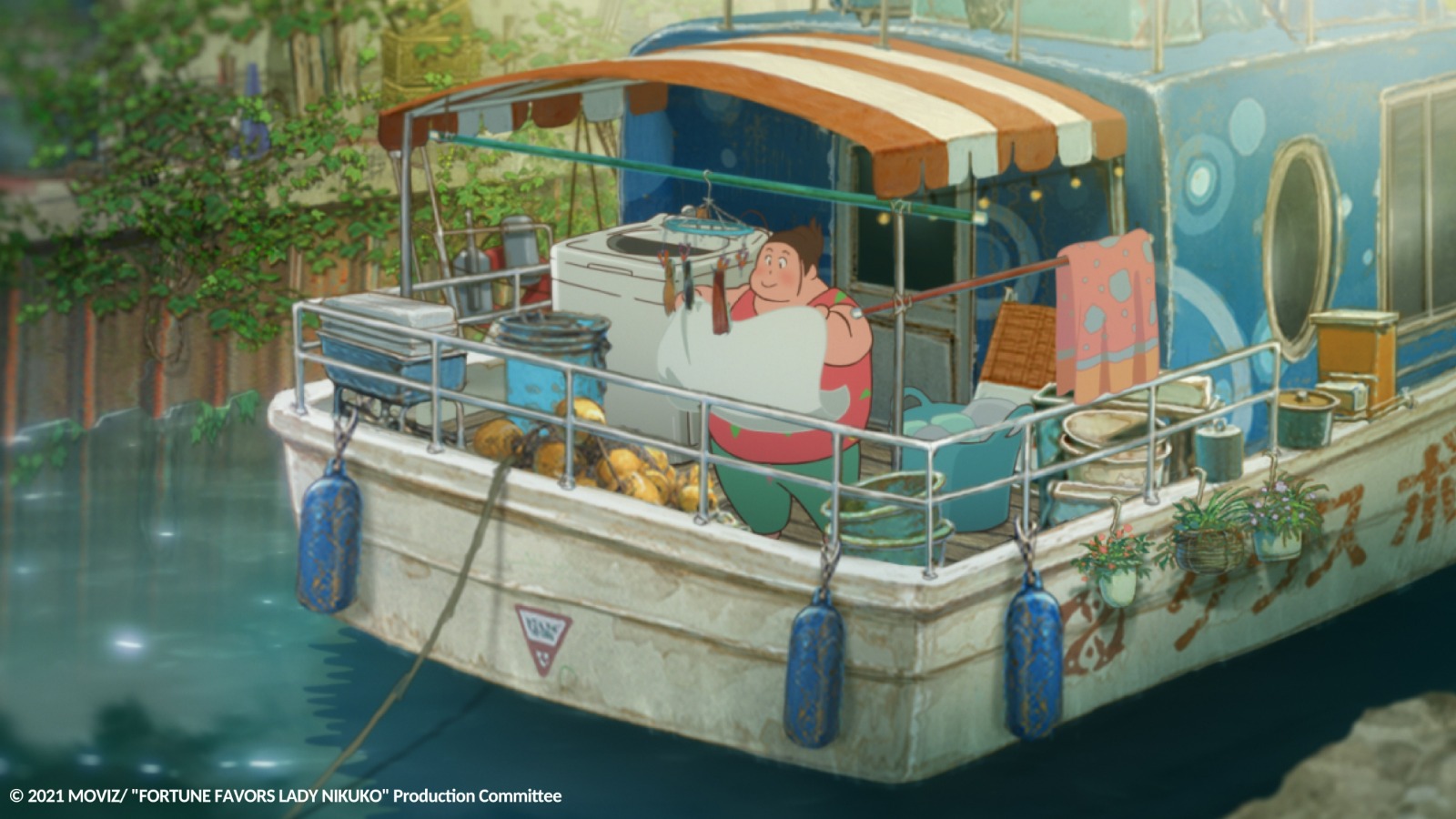 Overall, Fortune Favors Lady Nikuko, while not offering anything unique in terms of storytelling, is still a well-crafted, well-produced film that evokes a myriad of feelings in its audience that can comprise of just about anyone of any age.

Fortune Favors Lady Nikuko begins screening in theatres June 3. A screener of this film was provided by GKIDS for this review.

Are you a fan of modest stories? What did you think of our review? Let BagoGames know your thoughts in the comments section below.

Fortune Favors Lady Nikuko, while not offering anything unique in terms of storytelling, is still a well-crafted, well-produced film that evokes a myriad of feelings in its audience that can comprise of just about anyone of any age.