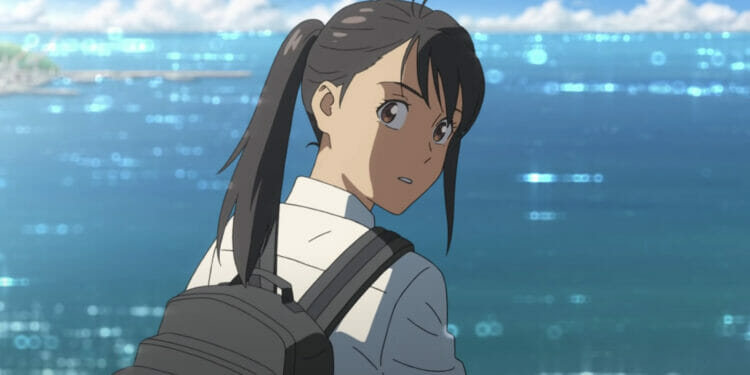 Crunchyroll recently announced it has acquired the global distribution and marketing rights (excluding Asia) from TOHO, for Makoto Shinkai’s upcoming film, Suzume no Tojimari (working title).  The film will be distributed in all major territories beginning in early 2023. The deal was finalized at this year’s Cannes Film Festival and was negotiated by Crunchyroll’s Chief Content Officer Asa Suehira, Wild Bunch International’s CEO Vincent Maraval and TOHO’s Akihiro Takeda. Rights are handled worldwide by TOHO (excluding South Korea and India).

“It’s with humility and honor that CoMix Wave Films, Makoto Shinkai, and TOHO have decided to partner with Crunchyroll on the next masterpiece. It’s also an incredible opportunity to work with our partners at Sony Pictures Entertainment and Wild Bunch International to co-distribute this film across a wide swatch of territories. We know both animation fans and general audiences will fall in love with this prestigious film, and we can’t wait to see the world’s reaction and reception to it in cinemas, festivals and for awards consideration.”

“We are excited to work with Makoto Shinkai, CoMix Wave Films, TOHO and Crunchyroll. We consider Makoto Shinkai as a major artist with whom we wanted to work for a long time. He is a talented director that we welcome in our family of cinema masters and we feel proud to be able to bring his vision to the cinema world all around the globe.”

“Suzume no Tojimari” is a coming-of-age story for the 17-year-old protagonist, Suzume, set in various disaster-stricken locations across Japan, where she must close the doors causing devastation.

Suzume’s journey begins in a quiet town in Kyushu (located in southwestern Japan) when she encounters a young man who tells her, “I’m looking for a door.” What Suzume finds is a single weathered door standing upright in the midst of ruins as though it was shielded from whatever catastrophe struck. Seemingly drawn by its power, Suzume reaches for the knob… Doors begin to open one after another all across Japan, unleashing destruction upon any who are near. Suzume must close these portals to prevent further disaster.

—The stars, then sunset, and the morning sky.

Within that realm, it was as though all time had melted together in the sky…

Never-before-seen scenery, encounters and farewells… A myriad of challenges await her on her journey. Despite all the obstacles in her way, Suzume’s adventure shines a ray of hope upon our own struggles against the toughest roads of anxiety and constraints that make up everyday life. This story of closing doors that connect our past to the present and future will leave a lasting impression upon all of our hearts.

Drawn in by these mysterious doors, Suzume’s journey is about to begin.

Suzume no Tojimari is scheduled for a Japanese theatrical release on November 11, 2022. The film will premiere worldwide in early 2023.

Are you a fan of Makoto Shinkai’s works? What do you think of this upcoming film? Let us know your thoughts in the comments section below.