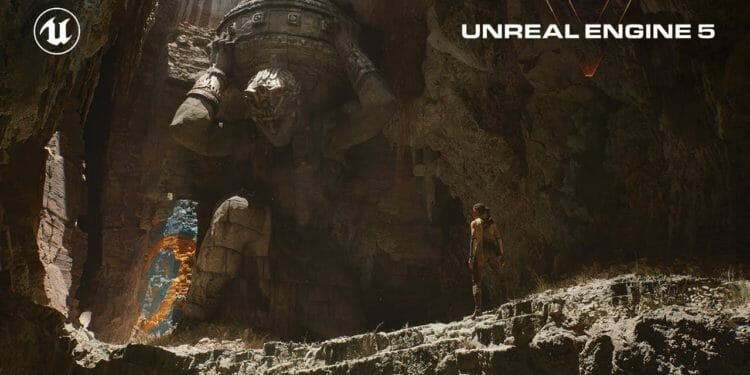 As a part of the Summer Games Festival presented by Geoff Keighley, Epic Games recently revealed some groundbreaking footage for the new Unreal Engine 5 by way of a tech demo played in real-time on the PS5.    The tech demo, which you can find a video of below, looks like a fantasy Tomb Raider game that shows off the graphical capabilities of the PlayStation 5. Though this is just a tech demo and not a real game, unfortunately.

The features of the tech demo, as well as the new engine, is further detailed by Epic Games below: 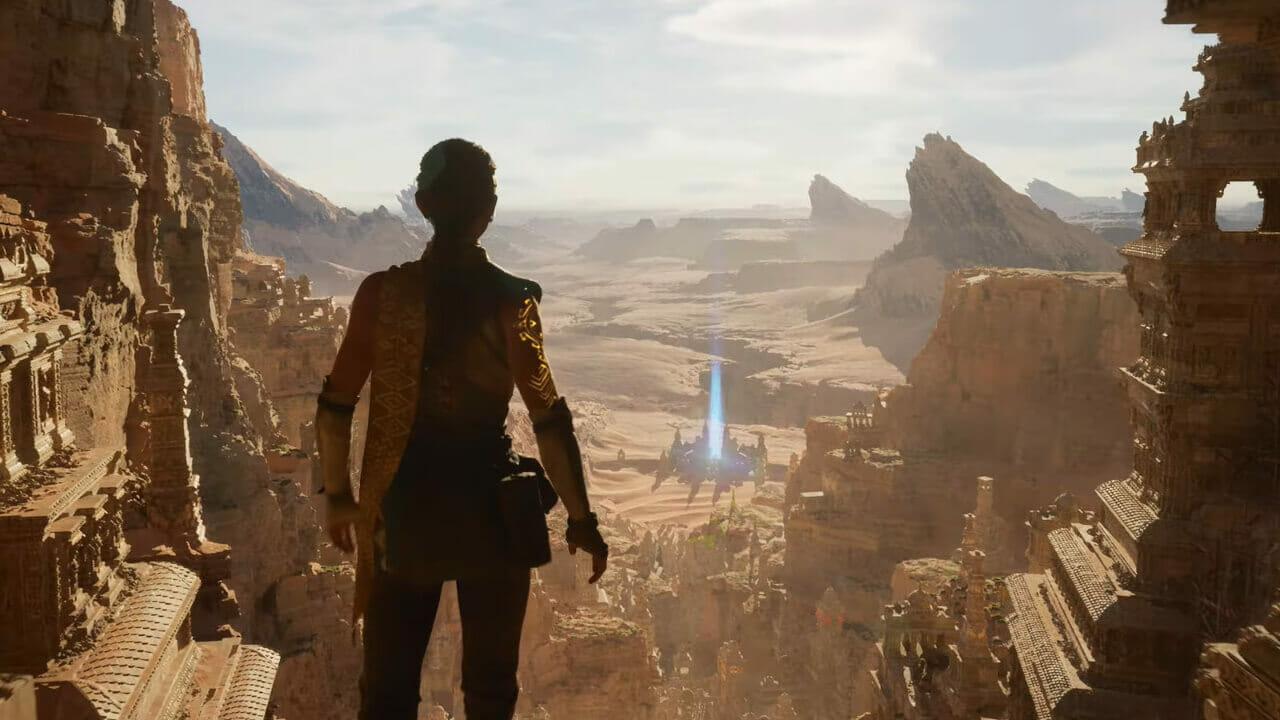 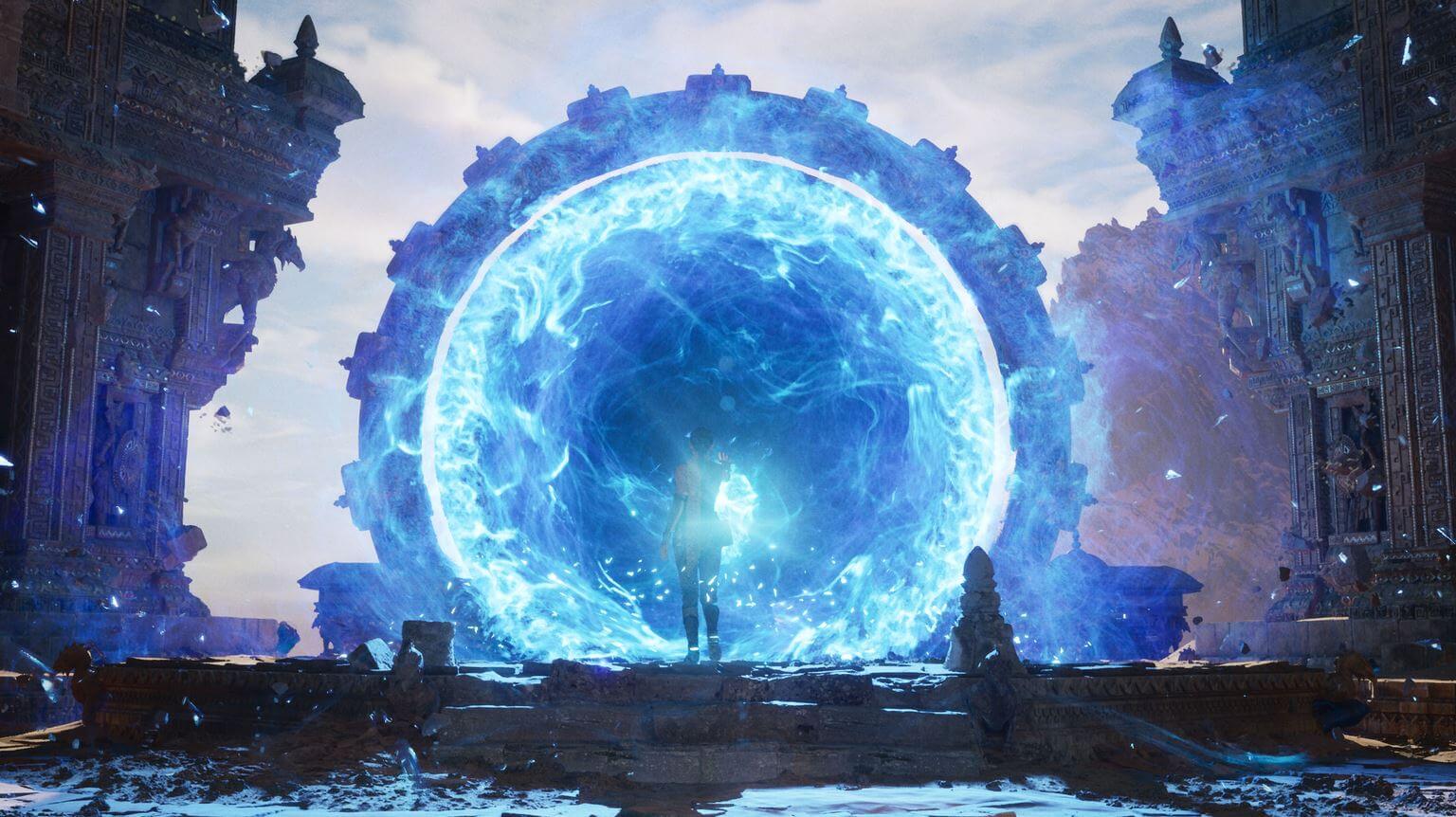 Lumen in the Land of Nanite

This demo previews two of the new core technologies that will debut in Unreal Engine 5:

Nanite virtualized micropolygon geometry frees artists to create as much geometric detail as the eye can see. Nanite virtualized geometry means that film-quality source art comprising hundreds of millions or billions of polygons can be imported directly into Unreal Engine—anything from ZBrush sculpts to photogrammetry scans to CAD data—and it just works. Nanite geometry is streamed and scaled in real time so there are no more polygon count budgets, polygon memory budgets, or draw count budgets; there is no need to bake details to normal maps or manually author LODs; and there is no loss in quality.

Lumen is a fully dynamic global illumination solution that immediately reacts to scene and light changes. The system renders diffuse interreflection with infinite bounces and indirect specular reflections in huge, detailed environments, at scales ranging from kilometers to millimeters. Artists and designers can create more dynamic scenes using Lumen, for example, changing the sun angle for time of day, turning on a flashlight, or blowing a hole in the ceiling, and indirect lighting will adapt accordingly. Lumen erases the need to wait for lightmap bakes to finish and to author light map UVs—a huge time savings when an artist can move a light inside the Unreal Editor and lighting looks the same as when the game is run on console.

Numerous teams and technologies have come together to enable this leap in quality. To build large scenes with Nanite geometry technology, the team made heavy use of the Quixel Megascans library, which provides film-quality objects up to hundreds of millions of polygons. To support vastly larger and more detailed scenes than previous generations, PlayStation 5 provides a dramatic increase in storage bandwidth.

We’re designing for forward compatibility, so you can get started with next-gen development now in Unreal Engine 4 and move your projects to Unreal Engine 5 when ready.

We will release Fortnite, built with Unreal Engine 4, on next-gen consoles at launch and, in keeping with our commitment to prove out industry-leading features through internal production, migrate the game to Unreal Engine 5 in mid-2021.

Alongside the news on the engine, Epic Games also revealed a new program that would making games easier on their engine.

Starting today, you can download and use Unreal Engine to build games for free as you always have, except now royalties are waived on your first $1 million in gross revenue. The new Unreal Engine license terms, which are retroactive to January 1, 2020, give game developers an unprecedented advantage over other engine license models. For more information, visit the FAQ.

Needless to say the Unreal Engine 5 looks incredible, and I can’t wait to see its full capabilities for myself running on the next-generation consoles, upon their release.

Have you seen the tech demo for the Unreal Engine 5? If so, what did you think? Let us know your thoughts in the comments section below.