The Appalachian Wasteland has never felt so busy

When Fallout 76 originally released, it was a buggy mess that some loved, but most were disappointed by, like a box of Fancy Lad Snack Cakes that you thought was sealed, but discover someone has actually licked all the frosting off of.

To a degree, it’s still like that today. However, with the Wastelanders expansion, it now feels like your friend has opened up their sealed box of the same cakes, and given you the frosting you were so desperately excited about after days of walking the Appalachian Wasteland with only Squirrel-on-a-Stick to keep your hunger at bay.

With that out of the way, here’s our Fallout 76 Wastelanders review.

What a Wonderful Wasteland 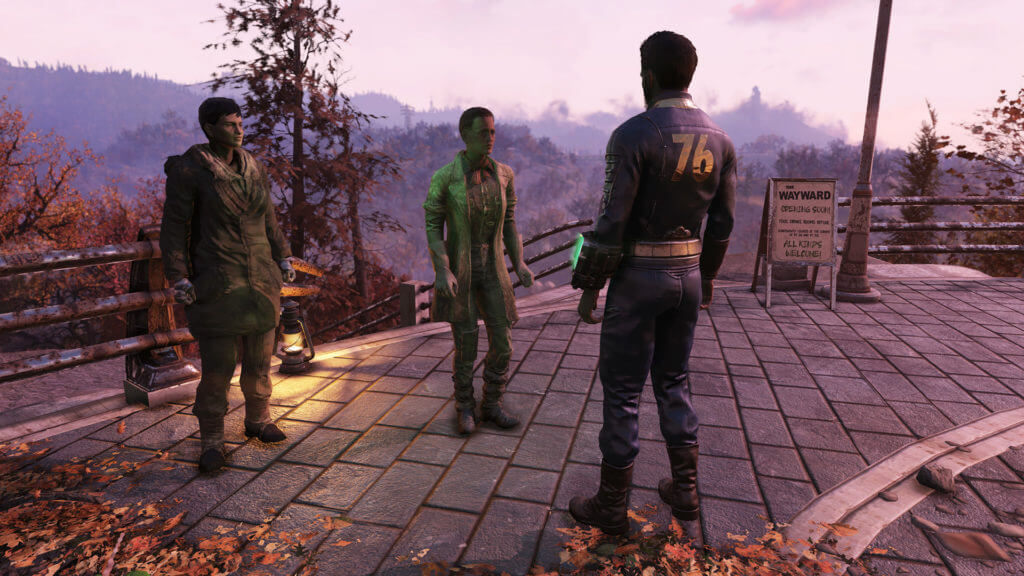 Prior to the Wastelanders expansion, which is free for all Fallout 76 owners, the Appalachian Wasteland was a desolate, lonely place. You could wander from one side of the map to the other and encounter no other human character, all of which were other actual players.

The world felt too big and empty like Bethesda had created the setting but forgotten to add the characters and skipped right to the stories.

Wastelanders fixes this by bringing human NPCs to the game’s world for the very first time, and it really does make all the difference. You can now wander that same well-trodden path across the wasteland, but instead of loneliness and Radscorpions (I mean you’ll still find them), you’ll find people from all walks of life.

From Raiders who want to steal everything you own and leave your corpse in a comical position, to Settlers just looking to scrape some sort of living out of this dirtball you call home, and of course a wide range of crazies.

Even putting the new quests and main story aside for a moment, simply having human NPCs makes Fallout 76 feel more like a proper Fallout game. Before it was almost a spin-off, a Fallout simulator. Now Fallout 76 feels like it’s part of the Fallout franchise. Yes, there are still bugs, but if you’re a Fallout fan who couldn’t cope with Fallout 76 before, I guarantee that you can now. 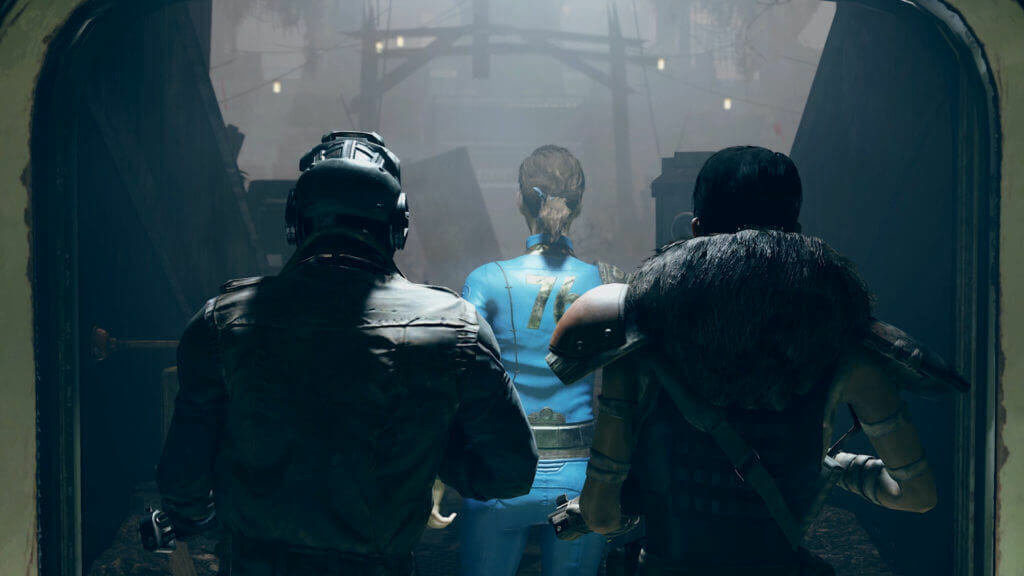 Without spoiling it too much, Wastelanders takes place one year after the opening of Vault 76. News of a treasure somewhere in Appalachia has been circulating, and survivors have come from far and wide to try and find it.

Some of these survivors are part of already established groups, such as the Raiders or Settlers, which form the core factions within the game. These are really the only two factions to have come to Appalachia and set down roots, building colossal bases for you to envy.

Smaller factions, such as the Free Radicals and Blood Eagles, do exist in the world, but none of them are as large as the core factions. You’ll explore the story through missions for each faction, but at some point, you’ll have to make a decision that irrevocably sides you with one or the other.

This is where the game begins to feel more like a part of the Fallout universe. But you don’t need to follow the story just to experience other humans. You’ll find the odd family in a home here, the survivor of a spaceship crash there, and most things in-between everywhere else.

Yes, there’s a new main story. While it isn’t long by Fallout standards, the new quests you’ll come across around the world flesh the game out to keep you busy for dozens upon dozens of hours.

The aforementioned core factions, Raiders, and Settlers, are more than just big groups of people. Each one can offer unique weapons, armor, and items, but you’ll need to increase your reputation with them if you want the best loot available.

You increase your reputation with a faction by taking on daily quests for them, of which you can only do one per day. This feels like it’s forcing you to spend more time coming back to the game, but there’s so much else going on in the world that I doubt you’ll notice it.

There’s definitely a point to siding with a faction. Whether you want to roleplay a Raider, or just help out the good guys, your choice will have an impact on the world. The thing is that you’re the only one who will see that impact.

Fallout 76 allows you to do whatever you want. You can enter the Wayward, the bar that serves as a new starting point for fresh-faced players and kill everyone inside. Other players on your server won’t see that everyone is dead unless they also killed everyone inside, but for you, they’ll always be corpses.

Unfortunately, the bigger changes to the world are restricted to interior areas. You can’t change the face of the wasteland, just the insides of the buildings. However, the more things you do for people, the more they’ll begin to take notice of you. In this way, the game feels a lot fuller, particularly if people are talking about a massacre you’re responsible for. 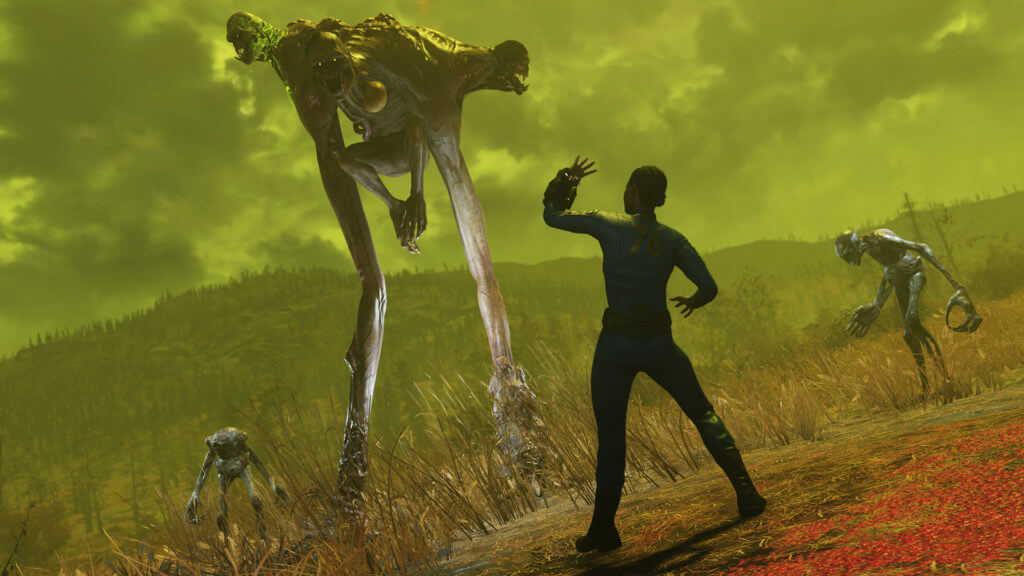 Just walking around Appalachia I noticed some new cabins and other differences that have cropped up. These are made to look like changes that those flocking to Appalachia have made, and the expansion does a great job of making that feel real.

There are even new secrets that have been found in the game. Some standing stones have been erected that were mentioned in Fallout 76 before, but only as terminal entries. Now players are trying to figure out what they mean, sparking up new communities of secret hunters.

Of course, this wouldn’t be a Fallout expansion without some new enemies, and there are certainly a lot of those. I had an encounter with three elemental floating blob creatures, the names of which I’m too terrified to look up.

These enemies popped up in a location I’d visited before, the gravesite of some Free Radical members. There are loads of surprises like this in Wastelanders. They might just be a new pack of Feral Ghouls where they weren’t before, but if you look hard enough you’ll find huge new monsters like the Wendigo Colossus.

The additions also extend to new weapons, armor, and the fact that you can recruit allies now. Some of these features feel fresher than others, but they go a long way to making Fallout 76 feel like a brand new game.

A Reason to Return 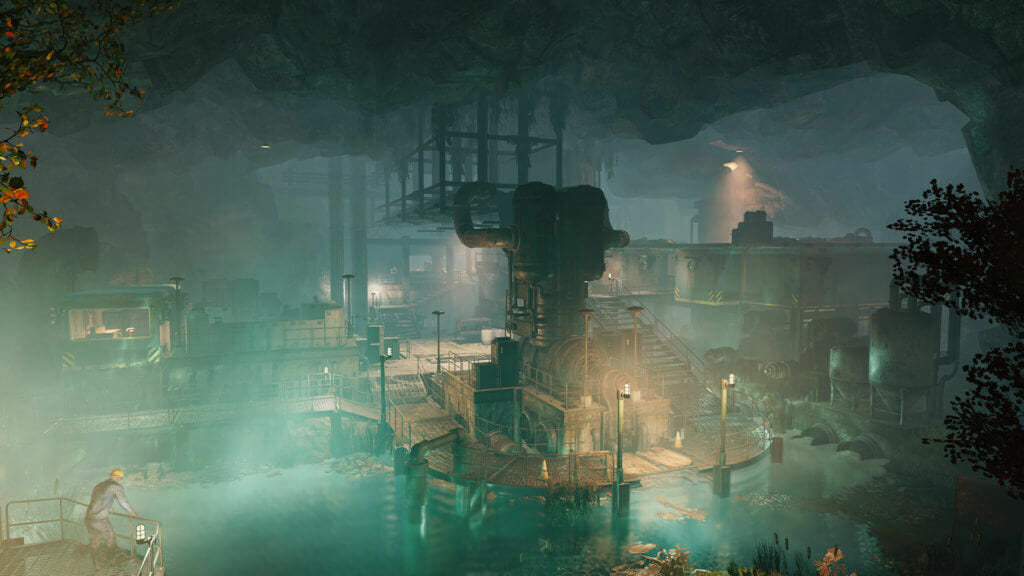 While playing Fallout 76 Wastelanders I was blown away by how much more I enjoyed it than the base game. As I’ve already said countless times, this feels like a true Fallout game. There are discoveries to make and talk about with other players, as well as a story to follow and complete alongside everyone else.

This really feels like the clean sheet for Fallout 76, a fresh start. While the game hasn’t been massively re-invented, it’s almost as if this is a new game built on the idea for Fallout 76. The way that everything fits in with the world that was already there retains the lore that has already been established, whilst improving the game in ways that every player wanted.

Most MMOs present players with a short story, followed by an endgame that’s filled with the same old activities month after month. Fallout 76 has always been different. You can build your own base, start your own shop or bar, or just spend your time exploring the world.

Never before has this game been more rewarding as both an MMO, and a game in its own right. Don’t underestimate this free expansion, because I guarantee it will change your opinion of the game if you try it. 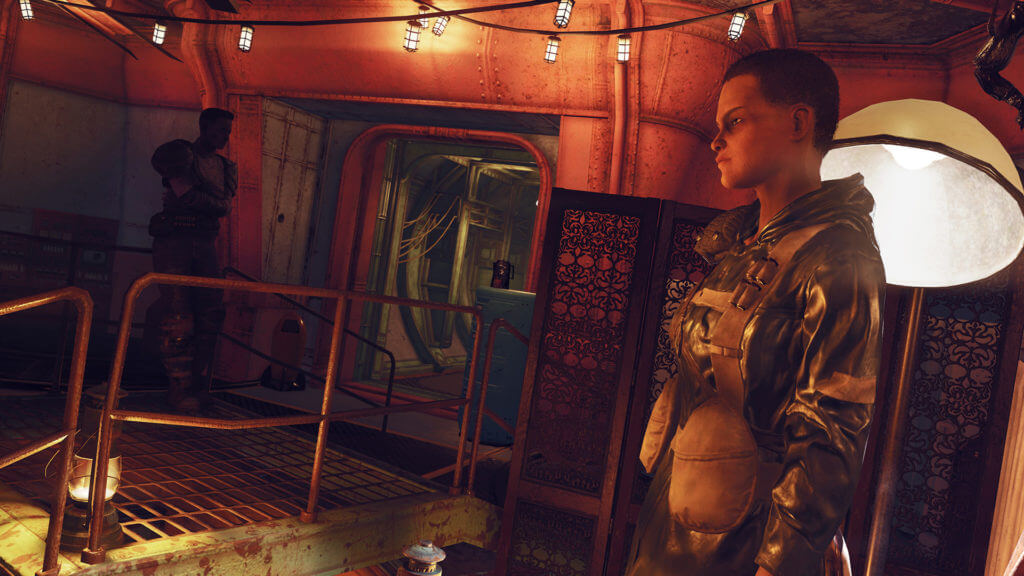 There is so much that Wastelanders brings to Fallout 76 that it seems crazy that Bethesda isn’t charging for it. With that said, given the state of the game since launch, this expansion feels more like a reward for those who have stuck with it.

Before Wastelanders, Fallout 76 was an MMO that I tried to get through. I had to push myself to power through the lengthy missions because I didn’t enjoy them. In Wastelanders, I’m having to cap my time in the game because I’ve stayed up so late I may as well not go to bed.

This is much more than your usual MMO update or expansion, and it’s miles away from a lick of paint on a rusty car. Fallout fans should finally love what Bethesda haS done with Fallout 76. This is the turning point that will see the game’s player base grow exponentially, and it’s going to be a lot of fun to stick around for the ride.