With Gears Tactics, the Gears of War franchise gets a little more comprehensive, but the game doesn’t follow the layout the series is known for. This time it is all about tactics and it has nothing to do with Xbox Game Studios and The Coalition’s well known third-person shooter game.

It’s time to find out whether The Coalition and Xbox Game Studios’ Gears Tactics is making the most out of its resources and name. However, the main question still stands: Is Gears Tactics an enjoyable strategy game? Here is my Gears Tactics review for PC. 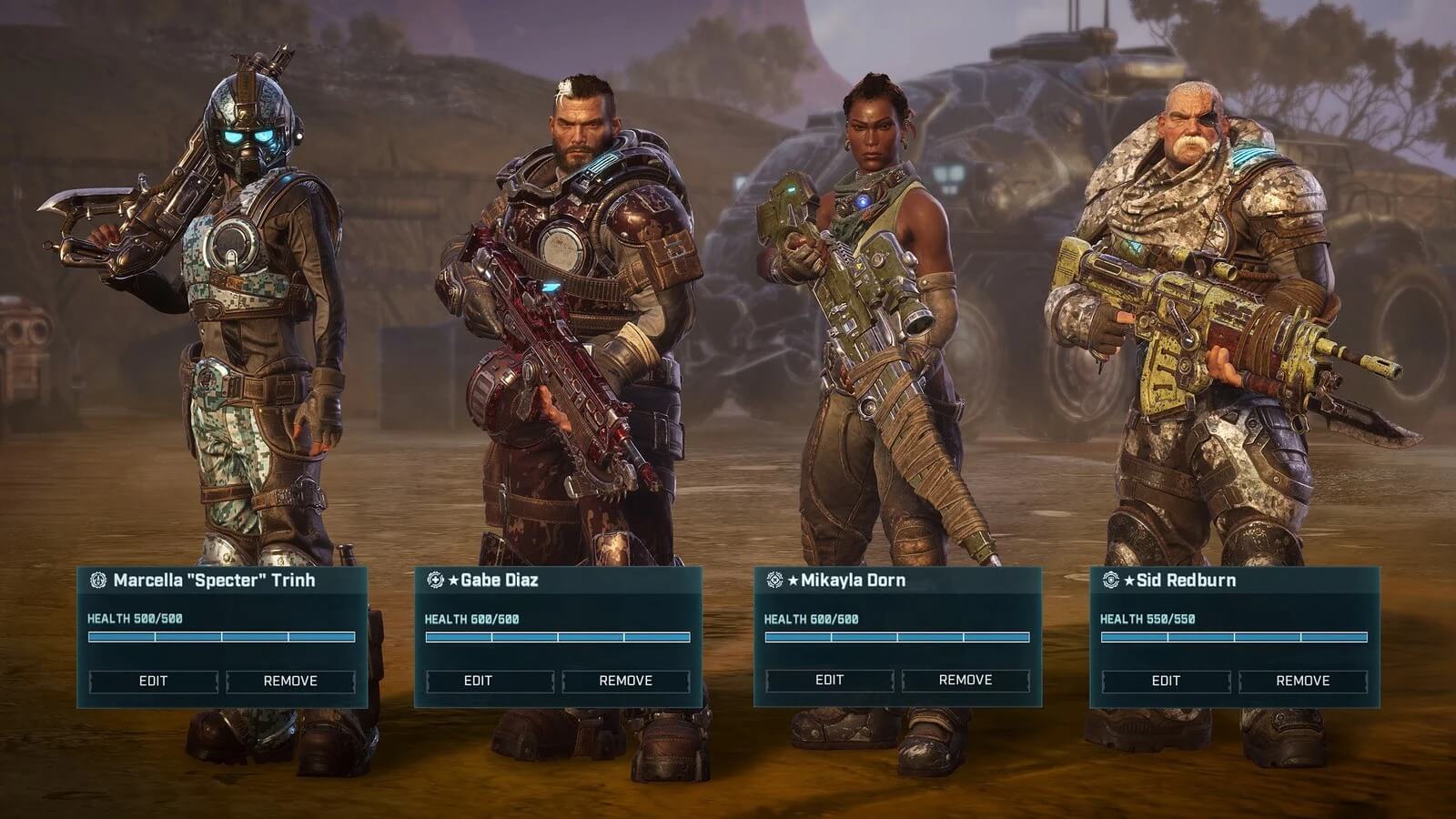 The events in Gears of War have not yet taken place at all. With Gears Tactics, you go back twelve years. This makes the game’s story easy to understand for newcomers and provides a fresh perspective for fans. The story is really only about two people, Gabe Diaz and Ukkon. Although, you can’t really call Ukkon a person.

Gabe Diaz appears right at the beginning of the game, but it takes a while for Ukkon to appear. Just before the game started, Emergence Day took place, the day when the Locust makes a full attack on the world. We also get to see Prescott’s reaction, because he bombs the world and sacrifices must be made if you want to win a war. At that time, Gabe Diaz wants nothing to do with Prescott.

However, he cannot escape him when Sid Redburn tells him that they must retrieve a secret file. When Gabe returns, his friends have been murdered by the Locust and it has become a lot easier for him to accept his task. Gabe Diaz’s main goal is to find Ukkon’s weakness and get close to him. However, he does not have to do this alone, more heroes will join the team and he will eventually train the soldiers.

Take note that Gears Tactics is not an open-world game where you can wander outside the missions. The main and side missions are chosen from the menu, giving you the information you need right away. Everything is recorded and the cutscenes are of good quality. I noticed while doing my Gears Tactics review, that the game shares the story with you in chunks and therefore follows a linear path.

You will see that in the cutscenes, not only do The Coalition and Xbox Game Studios share the story, but also the relationships between the characters. Gabe Diaz is not only a badass, but he is also very charming. His dry humor is a delightful addition and I couldn’t resist taking him on the missions as much as possible.

Due to the structure of the story, they intertwine the main missions and the obligatory side missions with each other. The side missions are therefore logical missions that mainly concern finding new soldiers, supplies, or sabotaging the Locust. The end goal is Ukkon, but he is in control and cannot be killed just like that. ATTACK IS THE BEST DEFENSE, OR NOT

The game’s name says it all, but The Coalition and Xbox Game Studios’ Gears Tactics is a turn-based strategy game. When you have started your mission, you will end up on a map where fog restricts a large part of the field of view. It is therefore up to you to regulate the characters on the map and at the same time ensure that you are not ambushed.

Most missions consist of four characters, but certain main and side missions require you to do it with less. Reading the descriptions of the missions is very important. In addition, the missions all have an additional goal. When you complete this goal, you will receive a special weapon crate. So the strategy starts even before the mission has even started.

The game has five types of soldiers. Gabe Diaz is a field doctor who has healing skills. Mikayla Dorn is a sniper. You also have scouts, soldiers with heavy artillery, and the Vanguard soldiers. It is not always possible to choose all four characters for a mission yourself, for example, many of the story missions require Gabe Diaz and Sid Redburn. You can then choose the remaining troops.

I noticed while doing my Gears Tactics review, that a mix of different soldiers can quickly ensure that you have the upper hand at any point in the map, yet always remember that two doctors can also be very useful on the battlefield. Each character has three moves per turn. What you do during a turn is entirely up to you. You can walk, shoot, use skills, keep watch, or just do nothing at all.

This gave me the feeling of having a lot of freedom on the map, even though the maps are not huge. Because you cannot see further through the fog, you will only see the enemies up close. Unless they are dropped in other places on the map. The camera then appropriately shows from which side they come. Ukkon also has an entire army of different soldiers.

During the missions, you will increasingly encounter a new monster who has his own skills. There are snipers who can lock characters in place and there are even monsters with exploding oil barrels on their backs. Due to the enemies, targets on the maps, and your own line-up of heroes, there are more than enough strategies, and no mission feels exactly the same in The Coalition’s strategy title.

I noticed while doing my Gears Tactics review, that the maps are sometimes reused for the side missions, but I did not find this disturbing at all. I was more concerned with surviving and achieving the extra goals. During the missions, the game offers certain checkpoints that you can return to if the strategy fails.

The smallest errors can cause quite serious problems a few turns later. Otherwise, there is always the option to redo the entire mission and choose other soldiers. I have made use of this a number of times because the bosses at the end of the chapters are very challenging.

For my own ego, I will not tell you how long it took me to beat the first boss, but it was long. Playing tactical is what you need to do in The Coalition and Xbox Game Studios’ Gears Tactics if you want to progress because the enemy is not stupid. This ensures that there is a sense of triumph when a mission is finally accomplished. 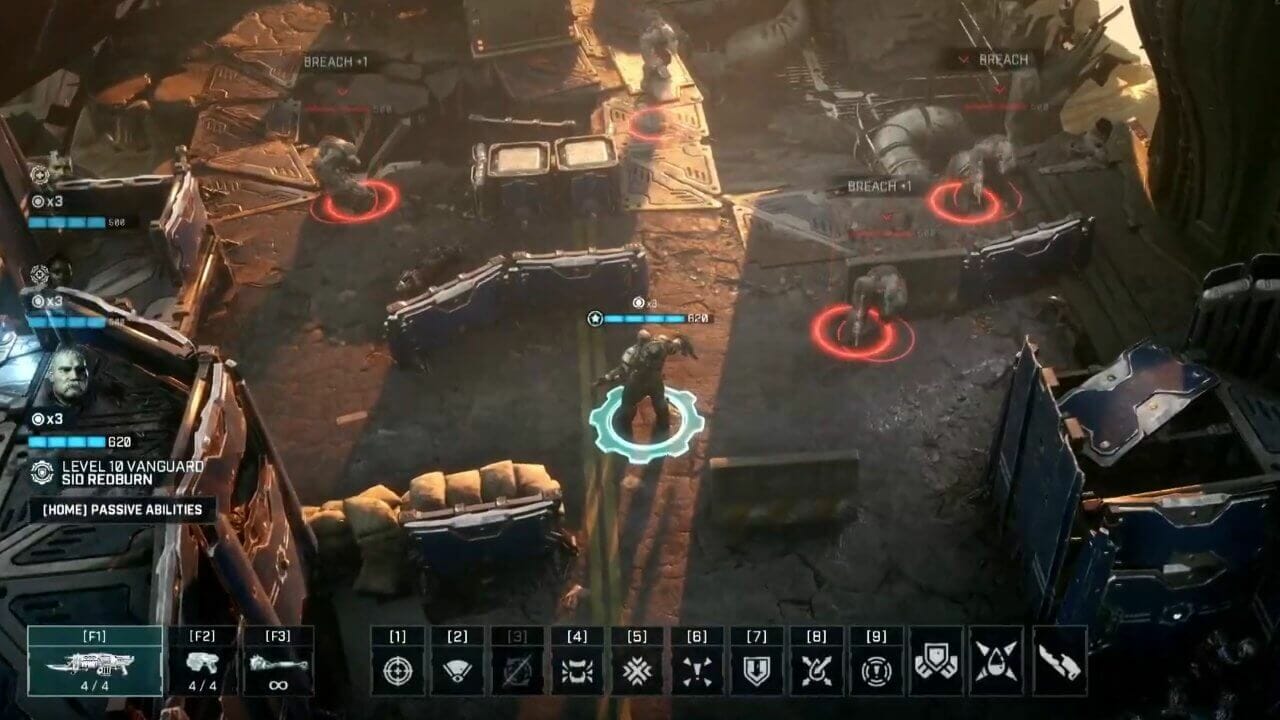 I have previously mentioned briefly that completing missions yields weapon crates. You can also find these crates on the map, but sometimes you have to take advantage of this, which is strategically not always the best choice. The crates contain parts of weapons and equipment. You cannot change the soldiers’ weapons, but you can change the parts. For example, some parts ensure that you can do more damage.

You will see that there are helmets and armor in-game for the torso, legs, etc. This also gives extra bonuses. These are useful adjustments you have to use in the game, but there are also plenty of customization options. This way you can change the color of the weapons and clothing, the metal, and the pattern. In addition to the weapons and clothing, the recruited soldiers can be further adapted.

Their names can be changed, and there is a whole list of available nicknames. In addition, their entire appearance can be changed with options for the hair, hair color, tattoos, and scars. Recruiting soldiers is a choice in itself because you do not have to complete your entire team immediately. I mentioned that having multiple soldiers is useful for the strategy, but for the side missions, it is almost an obligation.

Something that is important is the skills that can be unlocked when a soldier reaches a higher level. This is a mixture of passive and active skills that can make a difference on the field. There are multiple branches that allow two sniper class soldiers to have their own abilities. If this goes wrong, there is no panic, because the game gives a reset point after certain missions, with which the skills can be reset. 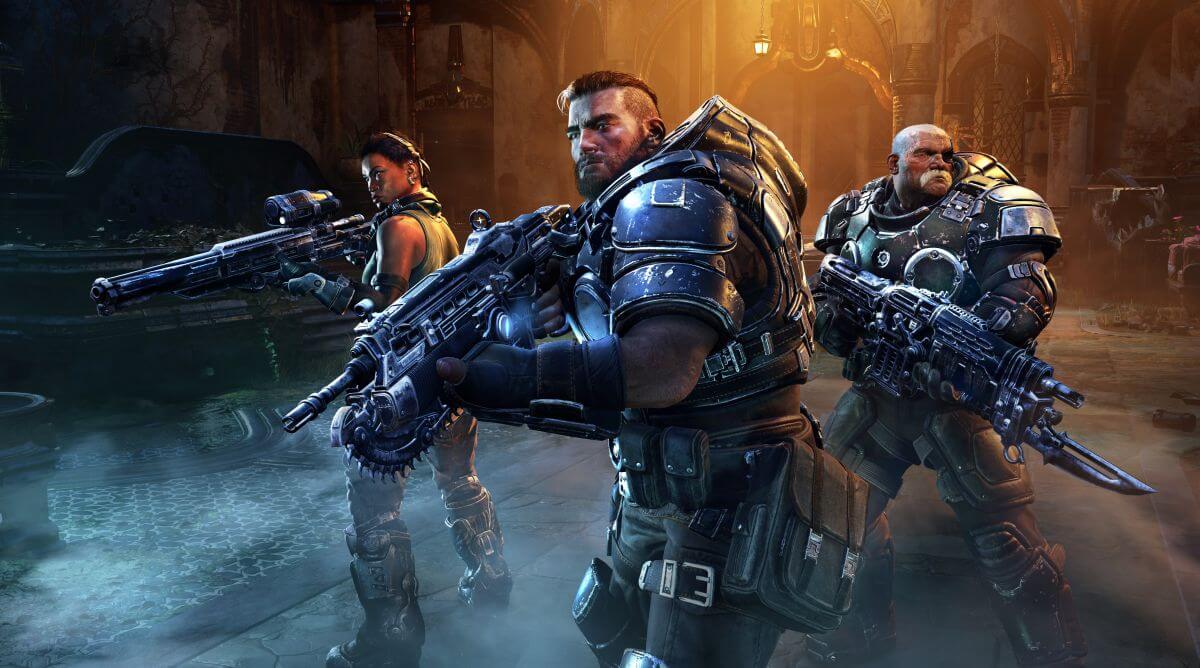 The Coalition’s Gears Tactics is a strategy game that knows how to challenge the player. The game is tricky, but it ensures that there is always an option to go back and retry without feeling irritated or want to rage-quit. The challenge comes mainly from intelligent enemies and big bosses. The maps are not huge, but the different targets and enemies make everything feel unique.

The story has a logical structure and has charismatic characters. Gabe is especially interesting if you are familiar with Gears of War. Although it is not an RPG, there are many RPG elements present. In addition to the skills, weapons and recruited soldiers can also be adapted. There is a good combination of useful mandatory customizations. There are some minor flaws in the game, but nothing game-breaking.

Do you want to try Xbox Game Studios and The Coalition’s Gears Tactics? What do you think of my Gears Tactics review for PC? Leave your thoughts in the comments below.

Are you interested in more games published by Xbox Game Studios? Check out our reviews for Gears 5, Bleeding Edge, Rise of the Tomb Raider, and Sunset Overdrive.

Set twelve years ago before the events of Gears of War, this story is an excellent entry point for newcomers and offers a fresh perspective for fans. The developers have truly shown that they know how a strategy game works.