Boy, do I have a lot to say about Giraffe and Annika. This is such an odd game to review because it does a lot of things at once. For some, it might even seem like it lacks focus. For others, it’s a varied gameplay experience. Either way, this Giraffe and Annika review will be structured a bit differently.

I will be looking at the different sections of the game and try to keep spoilers at a minimum. Instead of individually addressing the different aspects of the game (gameplay, story, music); I’ll lump them all together while describing my overall experience with the game. After that, there will be some final thoughts. 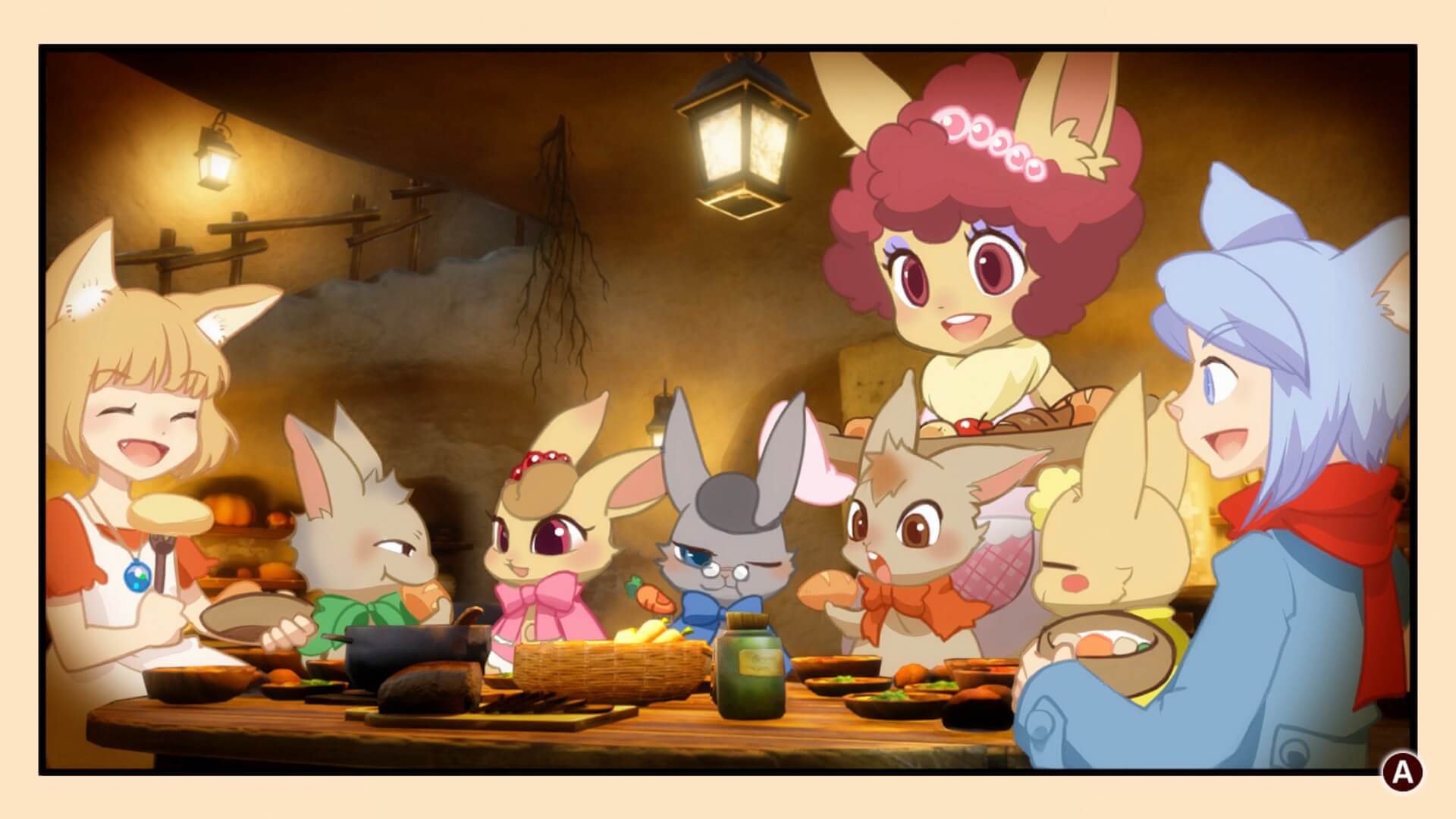 The beginning of the Journey – Cute and Frustrating

The story puts players in the role of a catgirl named Annika. She is a Felican with no recollection of her past. After solving a small puzzle, she visits the nearest house and grabs a bag to put on herself. The girl ventures out and is found by a young wolf-boy called Giraffe who asks her to collect star fragments located in dungeons for him.

Of course, since Annika has no idea about who this guy is, she initially declines. But, after some talking, Annika decides to go through with this request because there’s nothing better to do here. She finds that the first dungeon (the forest dungeon)

Yes, this is where my main gripe with the gameplay comes into place. There’s an open world to explore and, while it’s big, it’s also filled with so much empty space that you wonder why the developers bothered with it. It isn’t even the fact that there aren’t landmarks and places you can remember; it’s just that it’s blatantly obvious that you’ll be coming back here after you collect certain key items.

So, I guess this is where you’ll be thinking: “Well, it’s an open exploration game, right? I’m sure we’ll have weapons to explore the dungeons with!” … Yeah, about that. 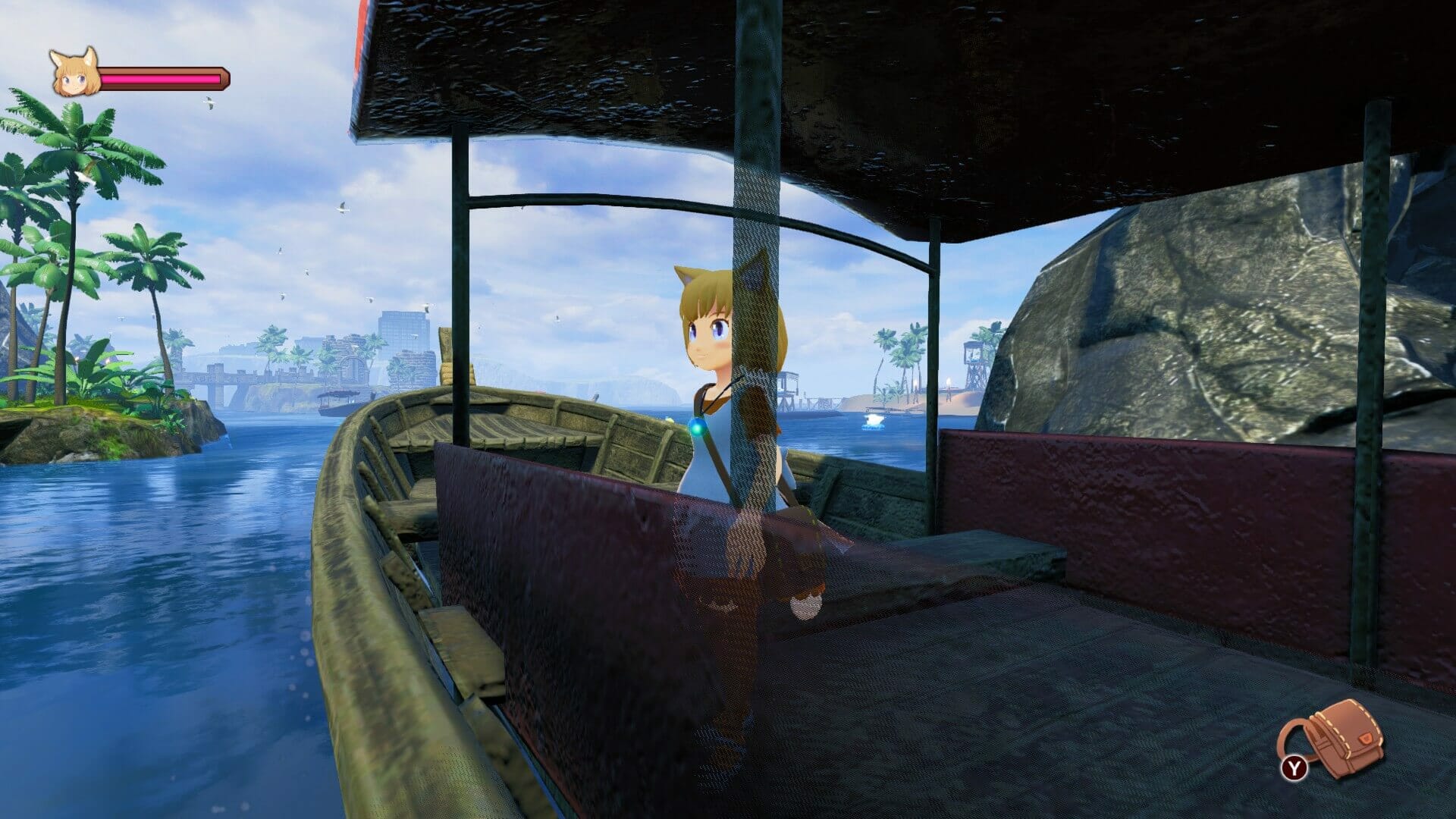 Dungeons – Because We Needed to Pad the Gameplay

So, Annika goes to the entrance of the Forest Dungeon. Giraffe opens the door and states that he cannot enter because plot. Once Annika goes in, you’ll be met with the various issues that the early game has.

First off, there are no weapons in the game. As such, dungeons basically require you to run to point A to point B while avoiding enemies. By the way, the game doesn’t even hint that you won’t have anything to fend off enemies with. You’re just expected to know.

Another issue comes with Annika’s abilities as well. She isn’t even capable of jumping at the start of the journey. No, that ability -alongside the ability to run and swim effectively- must be unlocked. This makes me believe that the exploration sections were tacked on to pad out the total playtime.

Even then, the Forest Dungeon isn’t even that hard to go across. There are rewards and secrets to unlock for having a basic sense of exploration. You know, the usual “Go to the left instead of the right”, kind of thing.

This review is hard to write because the game really doesn’t give me much to work with. The exploration sections are fine but lackluster. It just feels like many of these things weren’t needed to begin with. What’s worse is that once we get to the end of the dungeon and the seemingly “Main” focus of the game, we’ll see why these sections feel tacked on… So, let’s do that! 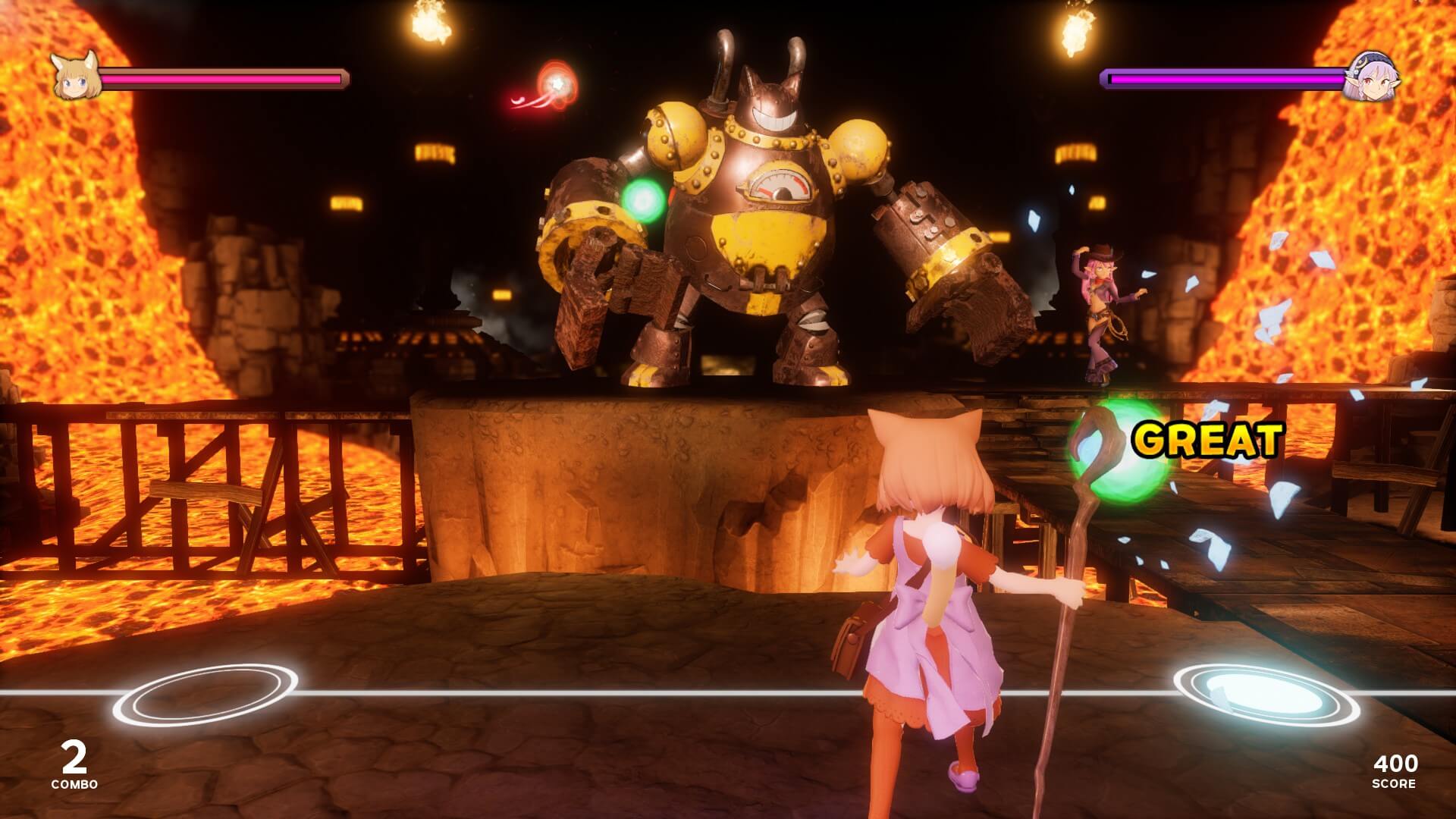 Annika Vs. Lily! – Fight with Rhythm

After making her way through the forest dungeon, Annika faces the boss of the dungeon. It’s none other than a witch named Lily. Lily takes the Star Fragment that Annika was seeking and then chastises Annika for not remembering who she is. After that, Annika gets a magic staff out of nowhere and we finally reach the fun part about this game.

The rhythm game section is exclusive to the boss fights. In it, Annika can move left and right while pressing a button in sync with the projectiles that are being thrown at her. Of course, the projectiles are moving at the music’s pace. So, timing and a good sense of hearing become important factors behind success.

Of course, that meant absolutely nothing to me because I am a HUGE rhythm game fan. The game at least lets beginners play on an Easier difficulty setting but… Honestly, the hardest difficulty isn’t even that complicated to deal with. I’m serious, just look at how much of an easy time I’ve had in my first attempt.

Eventually, the game starts throwing projectiles that Annika must dodge. But even then, as long as you maintain yourself with the rhythm, they don’t pose a threat. So, imagine me being introduced to these obstacles and not being enthused by them during the third dungeon of the game where things get “Harder”.

By the way, don’t grow too attached to these sections! Why? Because there’s only FIVE of them. Yes, that means you’ll spend most of the time exploring this lackluster world until you find the next dungeon. Needless to say, this only makes me feel even more apathetic towards the open-world sections of Giraffe and Annika. 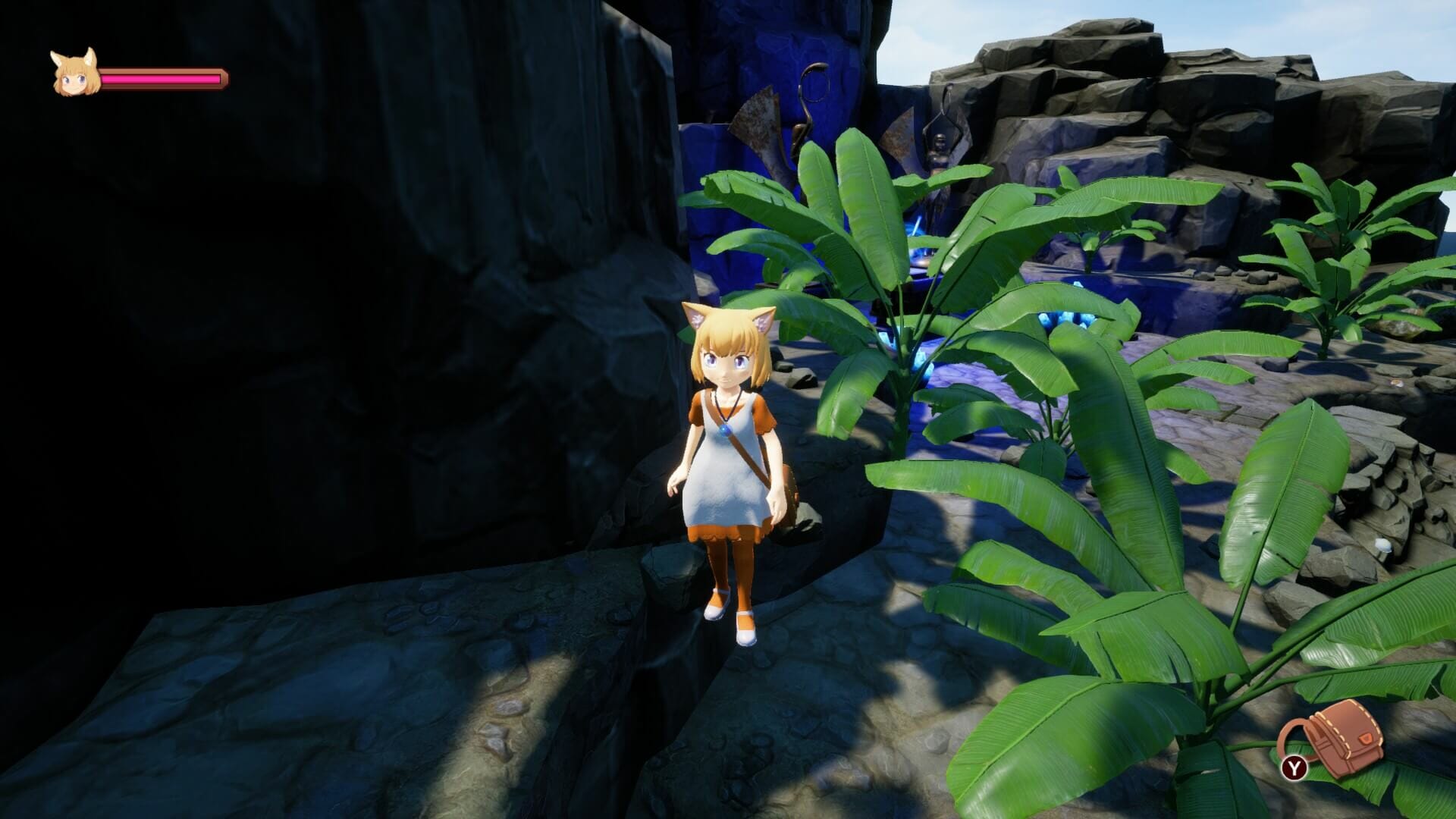 But is it Worth it?

But even then, Giraffe and Annika isn’t that enthralling in the rhythm game section. As mentioned before, there are only 5 stages and they’re only average at best when compared to games like Rhythm Heaven or Elite Beat Agents.

The music is pretty good in my opinion. It’s rather catchy and some of the compositions are also pretty fitting for the setting of the game. Actually, I think the soundtrack overall is quite good. There are some piano pieces that I downright fell in love with and it’s clear that the main focus of the game is in its soundtrack.

I couldn’t say the same thing about the visual aspect of the game. Annika doesn’t do much besides moving from left to right and moving her staff to “deflect” projectiles. Lily dances to the song but it’s not clear where the magic projectiles are coming from.

What’s even more … Dumb, I guess, is the fact that the way battles end is always the same. With Annika finally making an attack of her own and incapacitating the boss with a freaking stock sound effect… Yeah, that’s anticlimactic. 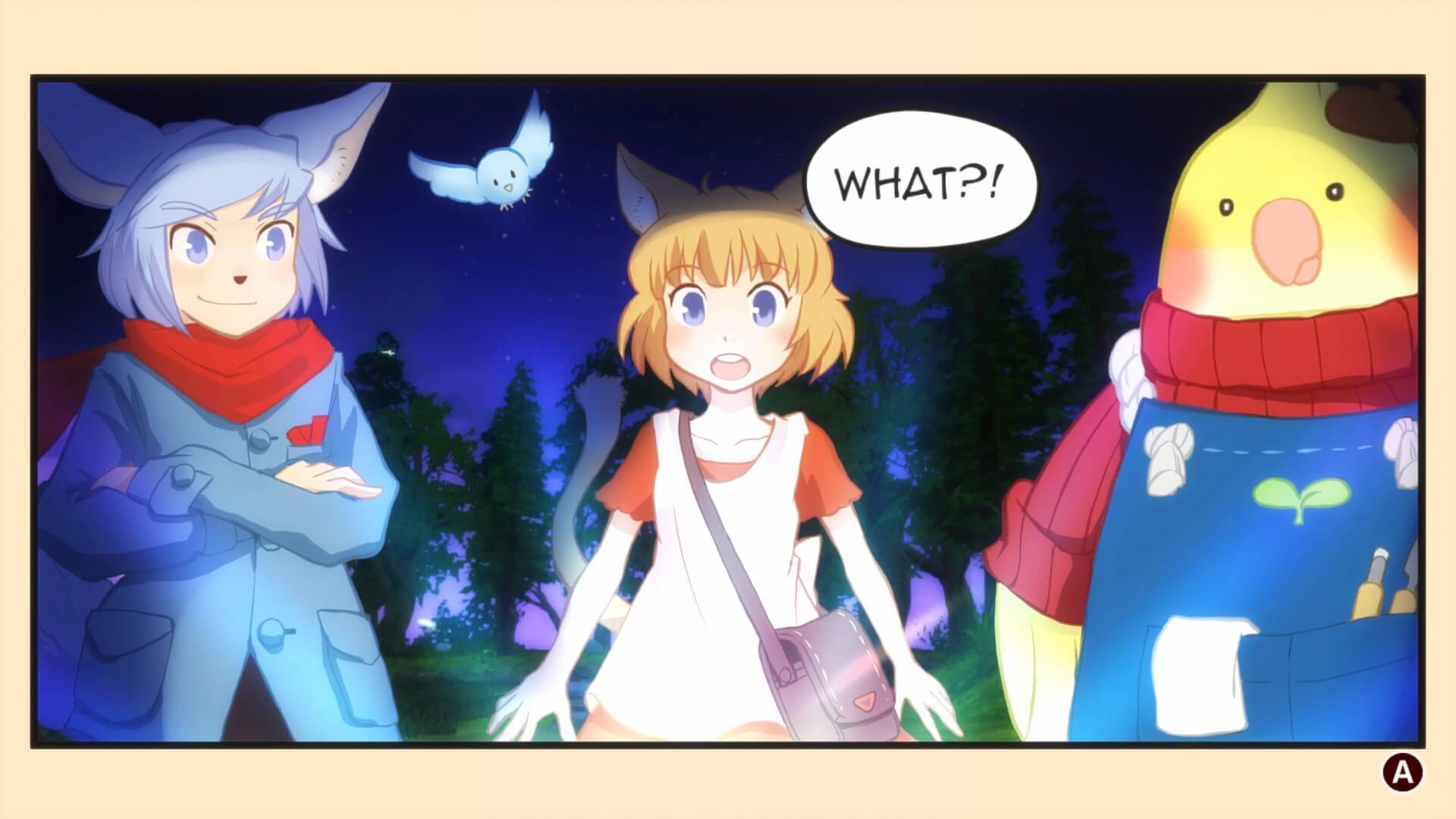 More Where That Came From

See, my whole problem with Giraffe and Annika is that it doesn’t know what to actually be in terms of a game. It lacks a focus and that’s what makes me boil so much about it. That isn’t even mentioning the number of glitches and issues I ran into when playing this game.

From falling through the world because of a 3D engine oversight; an instance where basic exploration basically got me stuck in mid-air; the HP bar being the same as your oxygen bar as if it were Super Mario 64 all over again; the confusing world design that forces players to do what would be side quests in other games.

I could spend hours, upon hours describing the huge amount of issues that Giraffe and Annika has. Do you know what makes this frustrating, though? It’s the fact that there are also some great aspects behind this game as well.

I feel like this game was looking at the success of Deemo and tried really hard to replicate it. In fact, Giraffe and Annika’s story takes a more melancholic approach later on where certain plot twists come up that change the entire perception of it.

However, uhm… Yeah, before anybody mentions it. There are OVER TWO HUNDRED SONGS in Deemo. Meanwhile, Giraffe and Annika offers players a paltry 5 on 3 different difficulty settings.

Even when writing this review, I keep asking myself: Why does this game need the open-world section? Why does Annika have to be so limited in her abilities? It’s just nonsensical to me. Stage to stage. That’s such an underappreciated art these days, isn’t it?

Why not focus on the good aspect of the game (The rhythm game) and make an entire game centered around it? This game is already a very niche title as it is so why not go the same route Deemo did? I almost see no need for this open-world because the exploration is tacky and unrewarding.

That would allow the developers to focus on building even more stages with more incredible songs. Just think of the possibilities that this game would’ve had if they didn’t put so many resources in the open-world section.

Let’s just move on to my final thoughts. 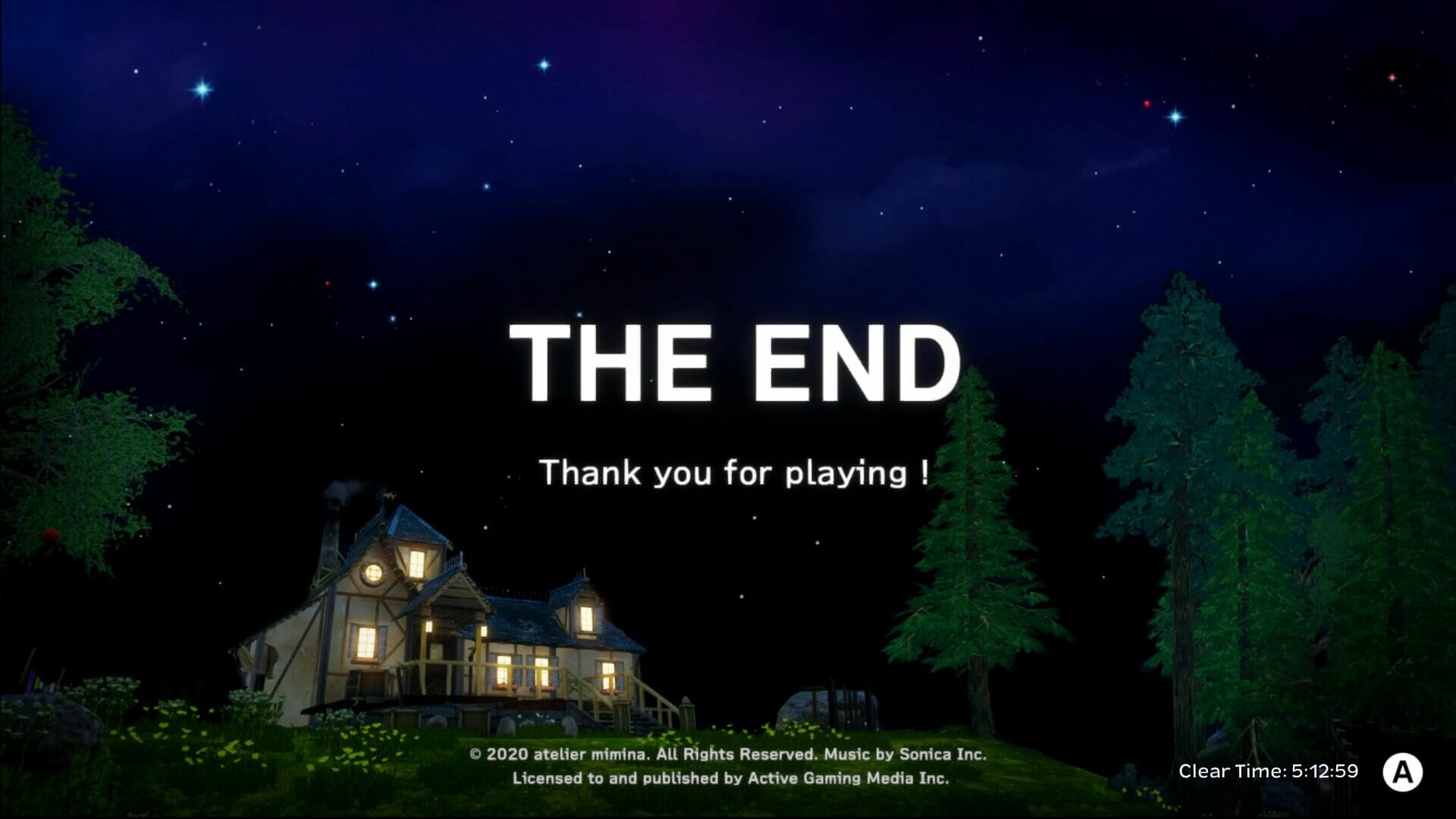 Nothing to See Here

Giraffe and Annika’s story is good, but it’s unfortunately attached to a mediocre game. I didn’t even mention the fact that accessing the ending requires what you’d think are additional collectible goodies called Meowsterpieces (yes, I winced too).

Of course, since I had a basic sense of exploration, I was inadvertently ready for this when it happened. But isn’t it sad that I avoided a gameplay wall by complete accident? Seriously, this game is just so terrible in its execution.

I can’t in good faith recommend this game to anyone except rhythm game fans. Even then, it would be a cautious recommendation because the rhythm game sections are few and far between. Open-world game fans will be disappointed by the linearity of the adventure and lack of meaningful upgrades.

I’m glad that the game is at least short in this case. It means I didn’t have to endure more than 5 hours of torture and then be compensated with a fulfilling ending. But hey, I at least appreciate the attempt at trying to connect the two gameplay styles. We do need more story-focused rhythm games, after all.

The game offers a compelling story but it's unfortunately attached to a mediocre game that lacks focus. It's open-world sections are rather uninteresting and frustrating to go across while the rhythm game is undercooked and is held back by the open-world aspect.