CoMix Wave Films, STORY, and TOHO announced Makoto Shinkai and RADWIMPS will team again for the third time, following “Your Name.” (2016) and “Weathering With You” (2019), to score “Suzume’s” soundtrack, alongside internationally acclaimed film composer, Kazuma Jinnouchi.

“Suzume,” the story about a young girl traveling through various ruins across Japan while closing doors causing disaster, is expected to open in Japanese movie theaters on November 11th, 2022, and will be distributed in all major territories beginning in early 2023. In North America, Crunchyroll is the sole distributor. In Latin America, Australia/New Zealand, the Middle East and portions of Europe, the film will be distributed by Crunchyroll and Sony Pictures Entertainment. In French- and German-speaking Europe, the film will be co-released by Crunchyroll, Sony Pictures and Wild Bunch International.

Regarding the partnership, Yojiro Noda (RADWIMPS) said, “A partnership with someone of Kazuma’s caliber, having worked on both films and video games, has given me an experience I cannot describe in words. It has broadened my horizons.” Kazuma added, “The process of developing a sound that can coexist with RADWIMPS’ amazing mood and energy was simultaneously exciting and nerve-wracking for me, but ultimately I believe we’ve stuck the landing on one of the answers of how that might sound.” Many ideas for the action sequences came from Kazuma’s experience in Hollywood, which begs the question, what does a “Shinkai-esque” action sequence look like?

Furthermore, for the first time in Makoto Shinkai history, the recordings have taken place overseas, in the historical Abbey Road Studios (London), where most notably The Beatles have recorded their music. Both Kazuma and Yojiro can be seen giving direction to the orchestra in the behind-the-scenes footage, which will give the film a completely new musical dynamic. 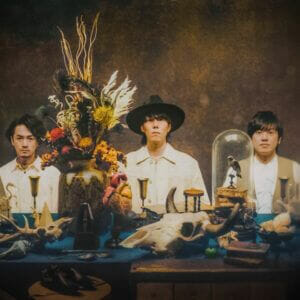 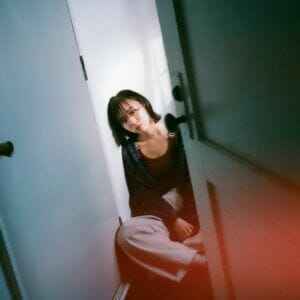 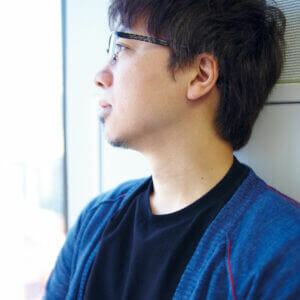 The female vocalist behind the theme song “Suzume,” which can be heard in the previously released trailer, is finally revealed as TikTok sensation, Toaka.

Per Yojiro’s desire to have a mysterious voice sing the theme song, the music team explored various SNS platforms listening to singers and auditioning several. In the end, it was the voice of TikTok sensation, Toaka, who grabbed the hearts of Director Shinkai and RADWIMPS. Yojiro commented, “I felt a connection between Toaka’s voice and this music that no one could sever.” Toaka added, “I’m ecstatic to be part of RADWIMPS’ intricate melody and Director Shinkai’s beautiful world that will touch audiences’ hearts.”

FULL PROFILES AND COMMENTS FROM THE MUSICAL TEAM MEMBERS

Formed in 2001 and making their major debut in 2005, RADWIMPS has always strived to create music that doesn’t fit in any single genre. Their music’s lyrics border on philosophical, exploring themes ranging from adolescence and romance to one’s perspective on life and death. Their fans are equally diverse.

Their musicality doesn’t end at a rock band-like sound as they have scored Shinkai’s previous two films, “Your Name.” and “Weathering with You,” which were both extremely well-received by fans and critics alike. (RADWIMPS has won the Outstanding Achievement in Music Award at the 40th and 43rd Japanese Academy Awards for “Your Name.” and “Weathering with You” respectively.)

In celebration of 15 years after their major debut, RADWIMPS performed “RADWIMPS 15th Anniversary Special Concert” at the Yokohama Arena in November 2020. The following year on November 23rd, 2021, they released their new album “FOREVER DAZE” after three years and toured from December 2021 through January 2021, which was titled “FOREVER IN THE DAZE TOUR 2021-2022” (six locations and 12 performances).

Later in 2022, they released the original soundtrack that they composed for the film, “The Last 10 Years” (March 4, 2022), which included 29 original songs and the theme song, “Ms. Phenomenal.”

Most recently in July of 2022, they released their original song titled, “NINGEN GOKKO” written for the TBS Friday Drama, “ISHIKO and HANEO: You’re Suing Me?” on digital platforms.

“I first received the offer back in Spring of 2020, right as Japan and the rest of the world was about to enter two years of uncertainty and restriction. Reading the screenplay gave me the opportunity to expand my imagination and think about what I can do with the medium of music.

“Kazuma and I met recently at London’s Abbey Road Studios to record the orchestra. A partnership with someone of Kazuma’s caliber, having worked on both films and video games, has given me an experience I cannot describe in words. It has broadened my horizons. It would be an honor to work with him again, and I am personally excited to see how the film’s score turns out.

“For our female vocalist, we auditioned several talented singers, but it was the moment Toaka began to sing the opening ‘Lah la la la la la lah la~’ of the theme song ‘Suzume’ when I knew we had our star. She was the only choice for the part. I felt a connection between Toaka’s voice and this music that no one could sever. It was a pleasure to capture her vocals that only she can produce at this age and this moment in time.”

Born in 1979 in Hiroshima Prefecture, Kazuma’s original score composition for the video game, “Metal Gear Solid,” put him on that map in 2006. From there, he continued to score various video games, films and anime soundtracks.

In 2016, he was nominated for the BAFTA Best Music award for his work on “Halo 5: Guardians” and worked on the 2019 release of “Marvel’s Iron Man VR.” Also in 2019, he scored Netflix’s “ULTRAMAN” and continued to work with Netflix on “Ghost in the Shell SAC_2045” in 2020. More recently in 2021, he worked with composer Nobuko Toda on the Disney+ series “Star Wars Visions: The Ninth Jedi.”

Other notable works in the Hollywood space include, “Detective Pikachu” and “Jumanji: Next Level.” The signature mixture of recording orchestral music combined with digital sounds creates musical experiences that are uniquely his. He currently works out of Seattle, Washington and Los Angeles, California.

“The films ‘Your Name.’ and ‘Weathering With You’ both had a strong affinity between Director Shinkai and RADWIMPS that was clear to me, so when I was first offered the opportunity to score their upcoming film, ‘Suzume,’ I was frankly a bit confused and surprised.

“When I met Director Shinkai and Producer Genki Kawamura for the first time, it became apparent to me that my role was to take the ‘Shinkai world’ and convey that experience through music. The process of developing a sound that can coexist with RADWIMPS’ amazing mood and energy was simultaneously exciting and nerve-wracking for me, but ultimately I believe we’ve stuck the landing on one of the answers of how that might sound.

“When looking at the project objectively, had the two of us composed our melodies in our own vacuums, then the overall theme would grow weaker. It was necessary to have a ‘musical theme’ for both the scenes Yojiro and I composed. I had the opportunity to arrange some of Yojiro’s music, which is when I felt the visuals and melodies naturally carry us to our thematic destination.

“This bouncing of ideas and open-minded environment was vital to defining the ‘color’ of the project, opening up all kinds of possibilities.

“Finally, I want to give credit to the several amazing and talented members of the musical team, who worked on many famous pictures of their own. It is their efforts in the recording and mixing booths that have elevated ‘Suzume’s’ soundtrack. I hope everyone has the chance to experience this in movie theaters.”

Born in Tokyo in 2003, Toaka’s musical journey began when she joined her middle school brass band playing the oboe. In high school, she formed the band she has always dreamed of, but sadly had to disband after only one year, which is when she turned to the acoustic guitar and started writing songs on her own.

Giving herself until the end of high school, she pursued the path of a musician occasionally playing live performances but also had to give up that path. Still, deep down she couldn’t completely let go of music and began recording herself singing in her own closet, posting her recordings on TikTok.

Her unique voice, that alters its expression based on what she sings, captivated audiences starting with her original song, “Mermaid Princess,” and continued to the various cover videos she has uploaded, resulting in TikTok followers who quickly grew in numbers.

It was that exact voice that landed on “Suzume’s” musical teams’ ears, when she auditioned for the part to sing the theme song. Her delicate singing voice that occasionally betrays expectation with a certain innocence and sorrowful look. Her raw “diamond in the rough” talents that can morph and rise to the occasion has earned her the opportunity to collaborate with Yojiro Noda and Director Shinkai.

“I couldn’t believe it when they first told me I would be singing the main theme song for the film. Emotions of shock and anxiety overcame me instantly, and I spent the next few days with my mind completely blank.

“At the audition, it was my first time ever recording anything. I was so nervous my voice was trembling – I remember my voice being very breathy. But, when I received the accompaniment for the theme song ‘Suzume’ I thought about how I would want to express this song, and the vision became clear.

“When it came time to finally record the theme, I let that vision guide me and tried to fully express myself in a way that both the sounds and words would resonate. I feel I left nothing on the table and could be myself.

“As the trailer was revealed and I heard my voice coming through the speakers, I had goosebumps like never before. I’m ecstatic to be part of RADWIMPS’ intricate melody and Director Shinkai’s beautiful world that will touch audiences’ hearts.”

Born in Nagano Prefecture, Japan in 1973, Makoto Shinkai made his commercial debut with the short film he produced on his own, “Voices of a Distant Star.”

Makoto was quick to follow up that success with his 2019 picture, “Weathering with You,” which represented Japan for the Best International Feature Film in the 92nd Academy Awards. Furthermore, in India, it garnered more than 50,000 signatures petitioning its theatrical release, which made it the first Japanese original animation to achieve a commercial theatrical release in India.

“Almost as soon as I finished the first draft of ‘Suzume’s’ screenplay, I shared it with Yojiro without a second thought. I knew the musical demands of ‘Suzume’ would be quite different from the previous two films, giving the audience an striking musical experience. RADWIMPS was one of the few musical talents that I could count on to help me make that discovery.

“Throughout the two-year production process of the film, I was fortunate to meet Toaka’s unparalleled voice and Kazuma’s movie scoring experience, which greatly affected the film’s sounds elevating it to another level.

“I am confident we have achieved something worthy of calling a ‘theatrical music experience’ and hope that everyone gets the chance to experience the film in theaters.”