After all, we all know that the Nintendo console is the least powerful console of the current generation. To find out if the game is running at least a bit decent on the Nintendo Switch and also if it looks okay, I went head on into the Metro world. Here is my Metro Redux review for Nintendo Switch. 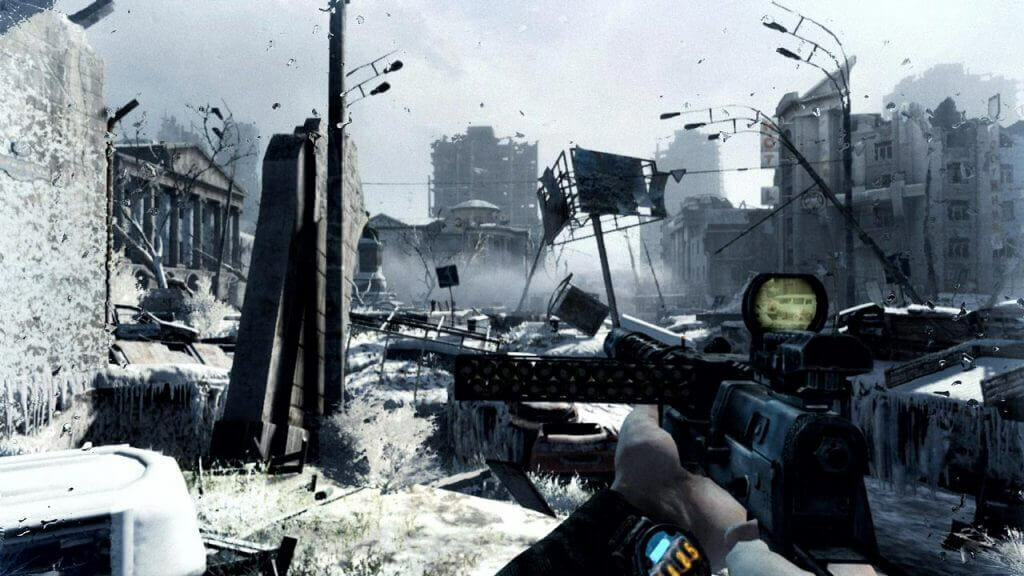 WE KNOW THE STORY WELL

4A Games’ Metro Redux is a remaster of the first two Metro games, including the DLC. The first game, Metro 2033, appeared in 2010 and was already quite a good game at the time. The games are based on the books of Dmitry Glukhovsky and follow the story of Artyom, one of the few survivors after a nuclear war.

His homeland of Russia has become uninhabitable, so the survivors have decided to try to survive in the underground corridors of the Moscow metro system. Many species of animals are mutated by the radiation into terrible creatures, and the people themselves are not friendly to each other.

Some of these species are called Dark Ones, these are strange mutated creatures that look like people with extremely long limbs. The second game, Metro: Last Light, continues where the book in the first game ends. In the second part, Artyom became a ranger, and the Dark Ones returned. Metro: Last Light has two different endings.

In both games you have to explore the world and apply a combination of stealth, combat, and dialogue to get ahead. The Redux versions of both games give you the option to choose between three different play modes. The first mode is the Survival mode, where enemies are more difficult and tools such as ammunition are much scarcer.

The second mode is Spartan, where you can play through the game much faster and the game is more based on action. The last mode is the Ranger mode, originally from the DLC. The ranger mode makes the enemies even smarter, makes Artyom weaker, and removes the user interface from your screen. 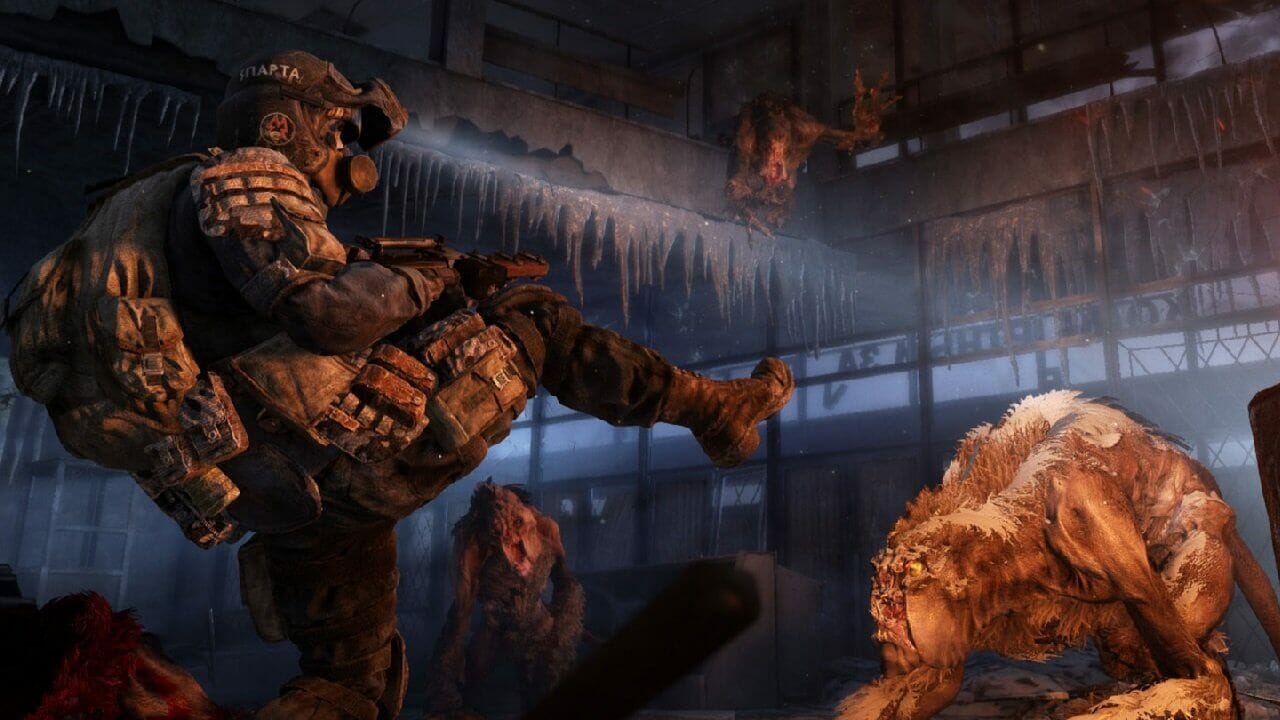 The first thing that strikes both Metro games is that they are incredibly atmospheric. The environments are mainly dark, since you are largely immersed in the underground systems, but that gives everything a special and somewhat creepy atmosphere. The games have received a visual makeover in the Redux versions of Metro.

This is especially noticeable with Metro 2033 Redux. Metro 2033 is in fact made in the same engine as Metro: Last Light, making both games look the same and feel the same in terms of gameplay. When playing on the Nintendo Switch, you can of course see that both games do not look as good as on the PC or other consoles.

That does not mean that the games don’t look and run great. The graphics are sharp and it runs at a stable 30fps in both the docked mode and the handheld mode. Well, now 30fps may not be acceptable to everyone, certainly not in docked mode, but the most important thing in this case is that the frame rate remains stable while playing.

In 4A Games’ Metro Redux handheld mode it is true that many details are very difficult to see, due to the fact that the game is very dark and you don’t see much on the small screen in 720p, but believe me, when I did my Metro Redux review, I noticed that this is not the end of the world. 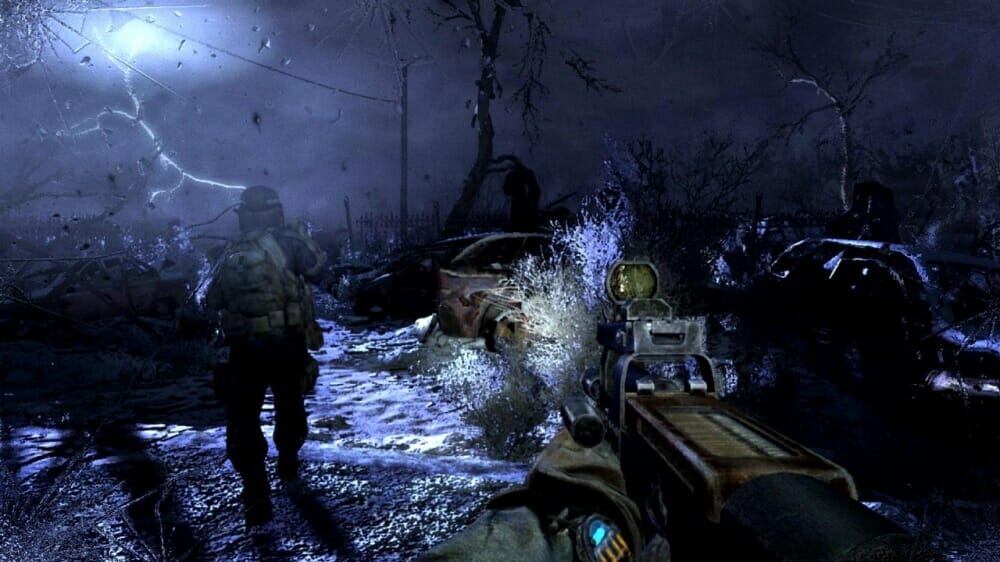 IN THE METRO OR AT HOME?

In general, Metro Redux runs extremely well on the Nintendo Switch. In both games I have not seen any frame drops, and in terms of gameplay everything works fine. The combat is easy to do and even supports aiming with the gyro of your Joy-Con. Unfortunately, I discovered a small minus point about this Switch-port.

The only smear on the otherwise perfect port is that the loading times are somewhat on the long side. When you start a new level for the first time, it can sometimes take up to a minute or two for the level to load. Now, of course, I did not expect the Nintendo Switch to keep up with my PC in terms of loading times.

But I must say, for a console that you should also be able to use on the go, long loading times are of course extremely annoying. However, if you have a lot of time or a lot of patience, which I don’t have both, this is of course not an issue. By the way, I have to say that playing Metro Redux on the go is not really advisable.

As I mentioned earlier, 4A Games’ game is very dark and seeing all the details are very difficult in handheld mode. So if you sit outside with your Switch or get on the train with it, you may not be able to see anything at all. Even on my balcony I had to raise the brightness all the way, which does not benefit the battery life.

In addition, the Metro games are so atmospheric that it would be a shame if you could not fully immerse yourself in the game because you are sitting in a train compartment next to a whimpering child. It really doesn’t work like their launch trailer suggests. The game works great in handheld, but just play it on your TV. 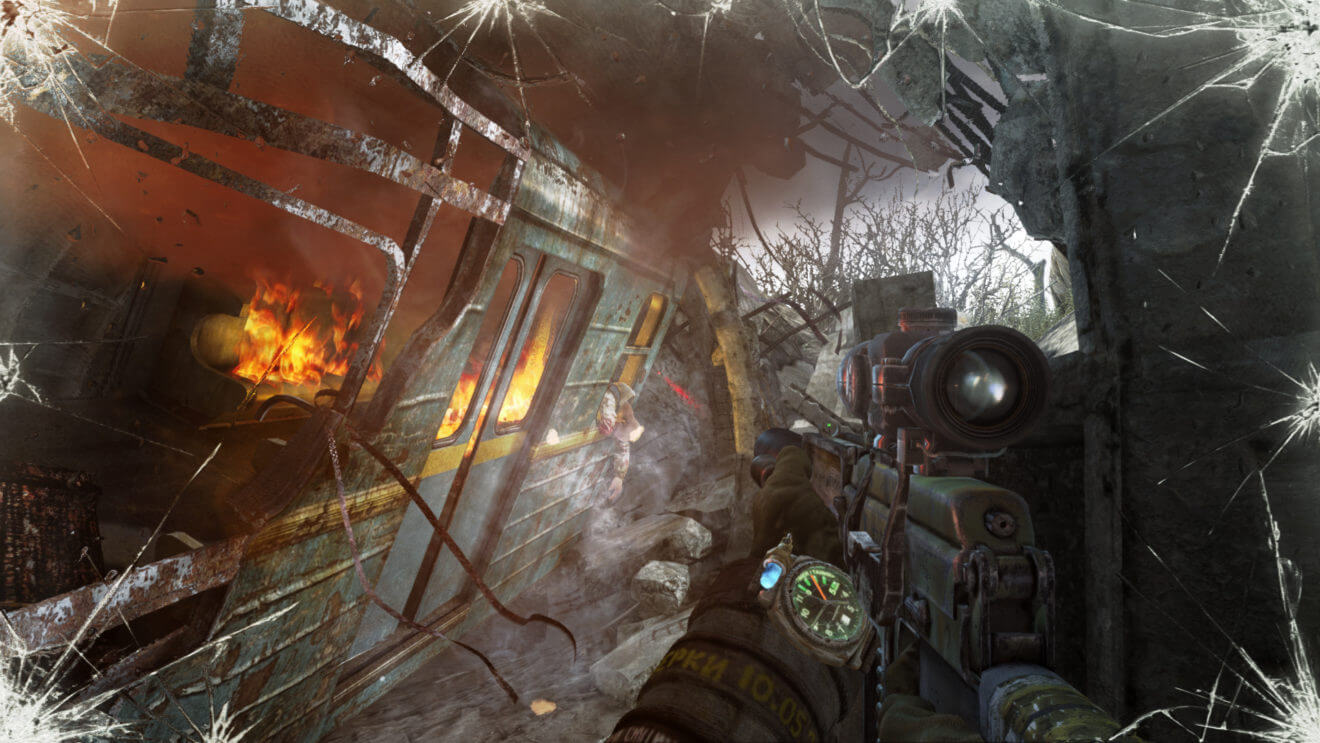 Both Metro Redux games were of course already very good in terms of content, but they did a great job on the Nintendo Switch. The implementation of the gyroscope to be able to target also gives you reason to play with two separate Joy-Cons, instead of just with the Pro Controller.

Take note that the game is definitely very dark by nature and it can sometimes be that everything is not clearly visible, especially when playing in handheld mode. However, this is not always the case and therefore certainly not disturbing for everyone.

What really bothered me were the unnecessary long loading times when you load a new level for the very first time. However, this does not have to be a problem for the patient player. All in all, the port to the Nintendo Switch by 4A Games was very successful!

Have you tried Metro Redux for Nintendo Switch, or any of the other Metro games? What do you think of my Metro Redux review? Leave your thoughts in the comments.

Are you interested in more post-apocalyptic survival horror games in the Metro saga? Make sure you check out our reviews for Metro 2033 Redux and Metro: Last Light.

Metro Redux for the Nintendo Switch is a very well-executed port. 4A Games has done an incredibly good job with a port that runs extremely stable in both handheld mode and in the dock. There are a few small errors, but nothing game changing.