by Abdul Saad
in Anime and Manga, Anime/Manga Review, Opinion
0

The Idaten Deities Know Only Peace is probably one of the most conflicting anime I’ve seen this year. It premiered later than most other anime that already set up their foundation as well as their fan base this season, which gave it a bit of a disadvantage. However, the anime solved this problem by premiering the first two episodes at the same time, both of which succeed in shocking and captivating the viewer in multiple ways, but admittedly with varying degrees of success.

The anime follows a species of super-powered deities called the Idaten who have defended the earth from all manners of demons and kaiju that seek to destroy it. 800 years after a fierce war between the two forces, only a handful of them remain. The current generation of Idaten were born during a time of peace and thus have nothing to fight for or against. That is until one day, when a new generation of demons who had already inserted themselves into mankind surfaces, and the two immediately clash and begin a long, drawn-out war. 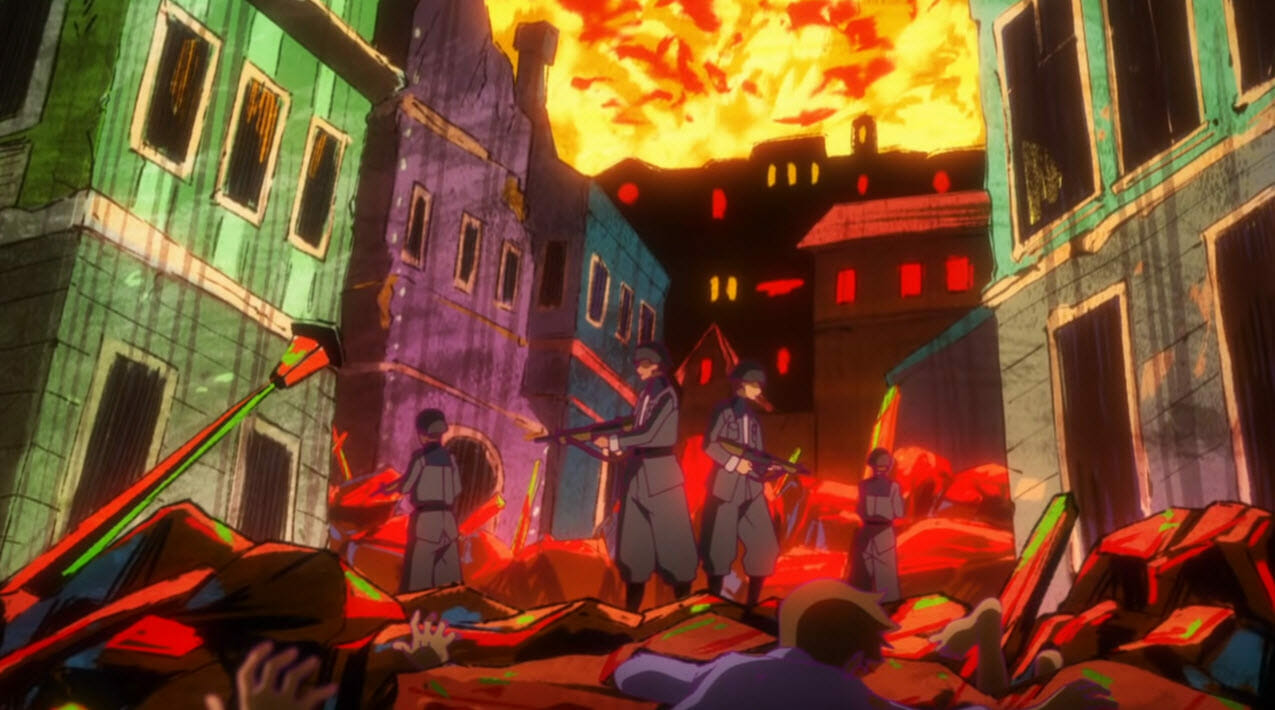 The anime presents this war in the most engaging way I’ve seen in a long time. Each of these factions has members with their own role, from combatant powerhouses to perceptive researchers. The first few episodes highlight each of them exceptionally well as we learn the Idaten have the upper hand in strength, highlighted with a character like Rin, the oldest Idaten who boasts unstoppable combat prowess. In contrast, the demons have the upper hand in both manpower and knowledge, highlighted with characters like Oobami and Miku. The first being an old scientist and leader of the demons, while the other is the most perceptive of her kind.

We also see how they’ve managed to start a war amongst the humans and how they’ve used this war to accomplish their aim of repopulating themselves with human bodies, signifying how cruel but calculated this species are. And while you’d think that the Idaten, our supposed heroes in this story who are meant to protect the humans, would care about the atrocities being committed, they instead take a more indifferent outlook towards it. This is especially shown through Ysley’s statements early on in the anime noting that their presence is only needed for more critical situations as deities need not get involved in human wars, all the while not knowing then that these wars weren’t started by humans at all. 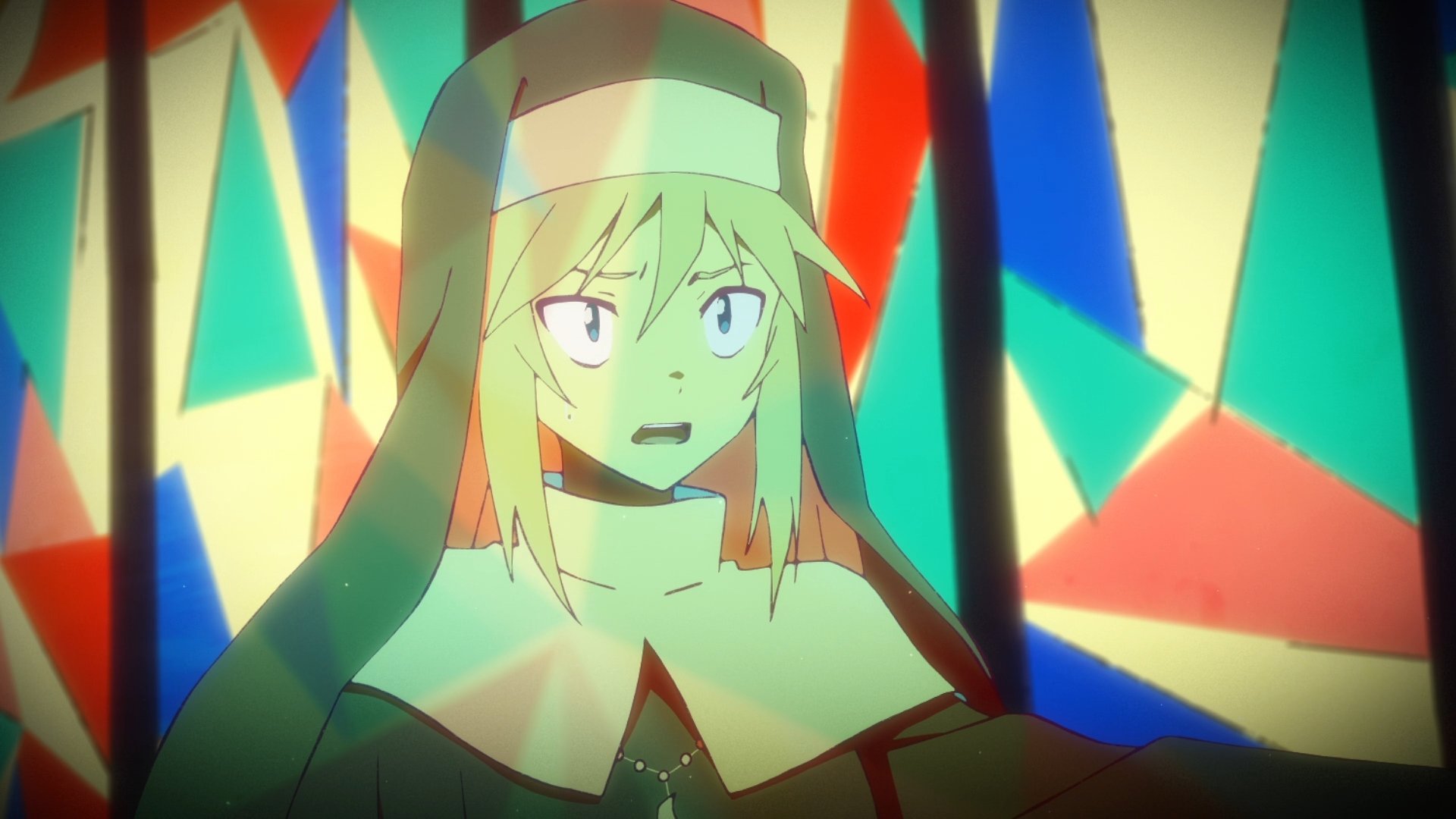 The actions these two groups make prove a point about them from the get-go. It proves that this is less of a story about heroes or villains and more of a saga about these two arrogant and powerful beings. Yesley’s statement that powerful beings or deities usually don’t bother with the dealings of smaller creatures and usually only take advantage of them made quite an impact on me and encapsulates the major theme of the anime.

Unfortunately, the anime is also a bit tone-deaf when executing some of its grimmer narrative points. I say this, of course, because of the odd, shocking, and completely unnecessary rape scene we see at the end of the first episode. I can only imagine that this scene may have been included to display the cruelty of both humans and the demons the Idaten are going up against. However, the way in which this was executed (almost satirically, if I may add) fell incredibly short and is amazingly toned deaf.

Even if this scene would be given a reason behind it later in the anime, the fact that the victim was brought back in another episode (almost unphased by the whole ordeal) and then made light of by another character didn’t help get that point across in the least.

But while I definitely overestimated the anime’s writing, I also underestimated its production quality, which is seen chiefly through its action scenes. Each and every one of the numerous action scenes looks incredible. The movements are swift and fluid, and the backgrounds are colorful and highly aesthetic.

The Character designs are also drawn notably different from most anime — they’re outlined with cartoonish properties amidst vibrant colors, which unironically match the absurd amount of intense yet almost cartoonish violence shown in every episode. The anime also boasts a surprisingly excellent soundtrack, with its background music being a major highlight besides its incredibly catchy opening. 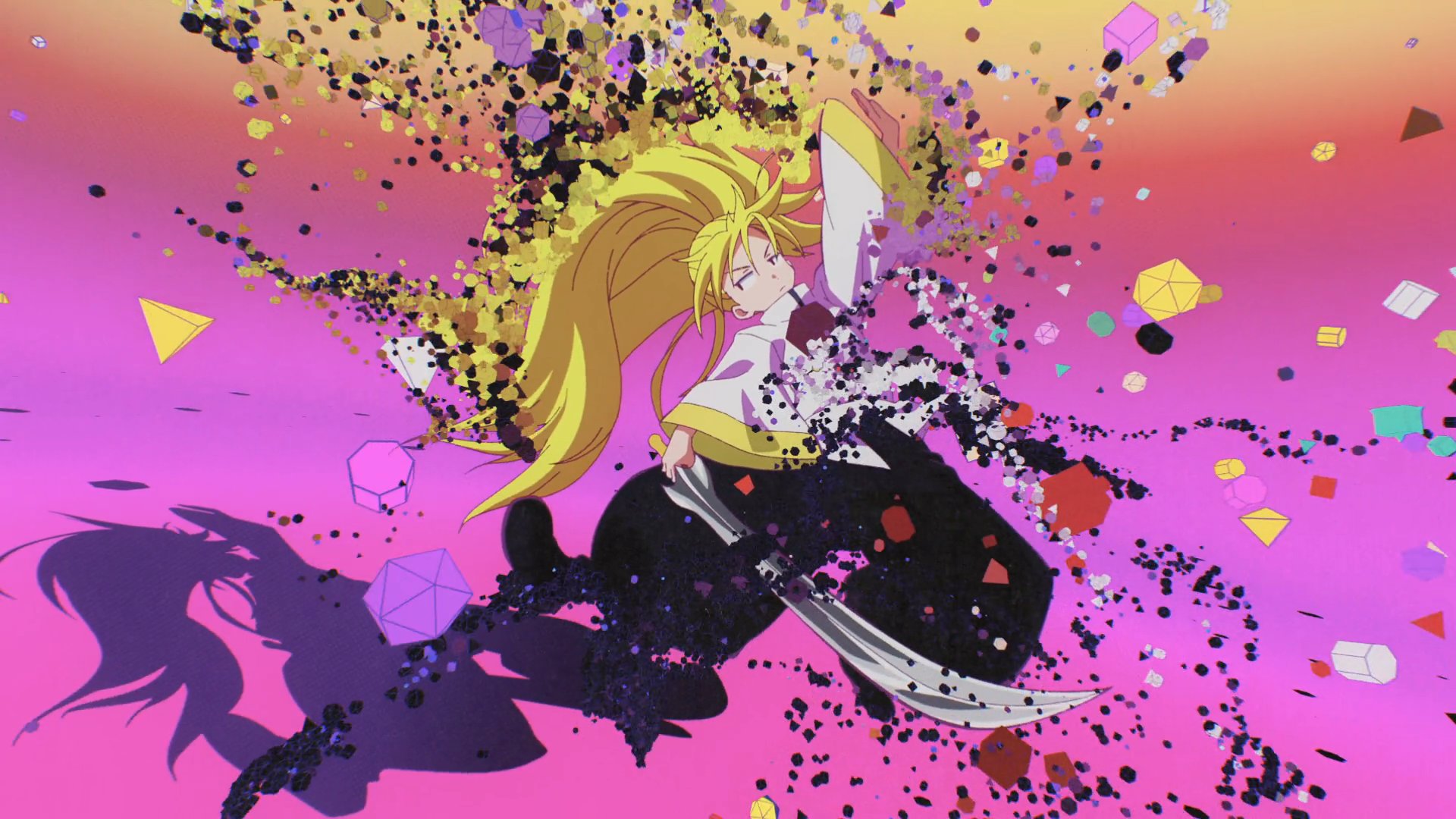 Overall, despite some significant writing flaws, The Idaten Deities Know Only Peace is quite an intriguing anime. This is mainly due to its stark contrast to the usual characters we see in anime. There is no central hero or character to cheer for or empathize with — there’s Just these two similar but different beings playing out this pseudo-war between themselves with their own unique methods and strategies, and I enjoy watching almost every part of it so far.

The Idaten Deities Know Only Peace is currently streaming on Crunchyroll