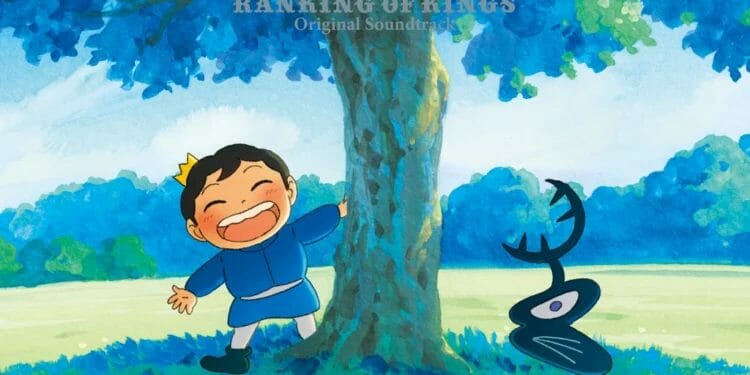 Milan Records recently released RANKING OF KINGS (ORIGINAL SOUNDTRACK) by composer MAYUKO (Cells at Work). Available everywhere now, the album features score music written by MAYUKO for the hugely-popular original anime series nominated for Best Animation at the 2022 Crunchyroll Awards. From Wit Studio and Aniplex, the first 21 episodes of Ranking of Kings are available to stream on Crunchyroll and Funimation now. Alongside the album, fans can listen to a selection of songs that “make you feel like a king.” The playlist includes tracks highlighting the Crunchyroll 2022 Awards “Best Boy” winner, Prince Bojji – listen HERE.

“I encountered a wonderful work of art called Ranking of Kings and thought ‘I can make the music for this piece!’ I composed this piece with the feeling that it was the culmination of my life as a musician. Crying to sad songs, dancing to happy songs – a total of 91 tracks created with the characters’ feelings in mind. Along with Bojji’s great adventure, it has been my great adventure. We hope you enjoy every bit of it!”

The people of the kingdom look down on the young Prince Bojji, who can neither hear nor speak. They call him “The Useless Prince” while jeering at his supposed foolishness. How prosperous your nation is, how many powerful warriors it boasts, and how heroic and strong its king is. These are the criteria that factor into the system known as the Ranking of Kings. The main character, Bojji, was born the first prince of the kingdom ruled by King Bossu, who is ranked number seven in the Ranking of Kings. But Bojji was born unable to hear and is so powerless that he can’t even swing a sword. In consequence, not only his own retainers, but also the public, look down upon him as completely unfit to be king. It is then that Bojji finds his first friend, Kage. His fateful encounter with Kage ignites a tiny spark of courage, and Bojji’s life takes a dramatic turn…

Have you seen Ranking of Kings? Will you be checking out the soundtrack? Let us know your thoughts in the comments section bel