The Suicide Squad story continues in a comically dark adventure. 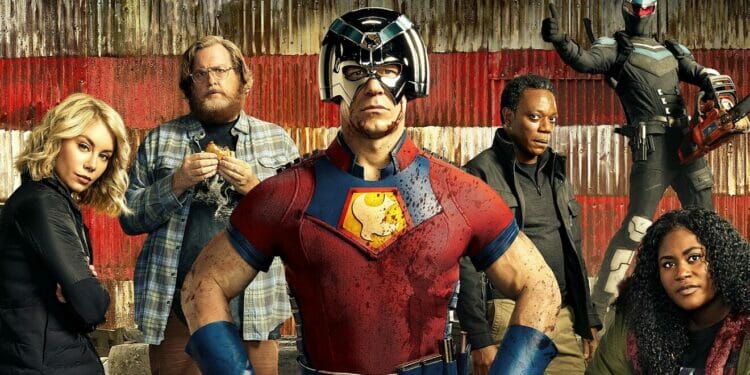 James Gunn wrote and directed quite the masterful superhero film with 2021’s The Suicide Squad. Warner Bros certainly knew they had a hit on their hands when they approved Gunn being able to write a spin-off series for one of the characters. That character happened to be Peacemaker, the naively nationalistic antagonist of The Suicide Squad.

He may seem like an odd character to continue with considering he was a clear villain who was defeated by the third act of the film. But Gunn’s writing manages to find something more to the character. He also finds a whole lot of funny stuff to do with the premise and the DC Comics universe as a whole. John Cena once more reprises the role of Peacemaker. Having been revived by Task Force X, he’s once more placed on another mission to prove himself. But he’s not dealing with Amanda Waller this time, despite the brief times she shows up in the series.

He’s still very much kept in the dark about what he’s looking for. All that is revealed is that he’s investigating something called Project Butterfly. Despite Peacemaker’s deducing abilities, he’s not dealing with Mothra, relating to his encounter with the giant monster Starro from his last mission.

His missions soon bring him face to face with an alien threat that may or may not be trying to deceive him. There could be an alien invasion happening on Earth but it will take more than mere bullets to decipher this scheme. There’s also some introspection required for Peacemaker to better become the hero he thinks himself to be.

Man Behind the Mask

We get to learn a lot more about Peacemaker on a personal level in this series. He lives in a trailer with his pet eagle who he poorly dubs Eagly. He also has an awkward anti-hero chum of Vigilante (Freddie Stroma), who isn’t too smart about making himself a mysterious assassin.

Perhaps the most fascinating part of his character is when we meet his father. Peacemaker’s dad, Auggie (Robert Patrick), supplies his son with his technological weapons and equipment. He has this technological prowess from his years of being the racist villain White Dragon.

Auggie very much becomes a decaying sense of nationalism that Peacemaker has to best in his internal struggle to get over pleasing his dad. Nothing will please his dear old dad who can’t help but make the most offensive and racist comments imaginable. A showdown between them is all but assured. 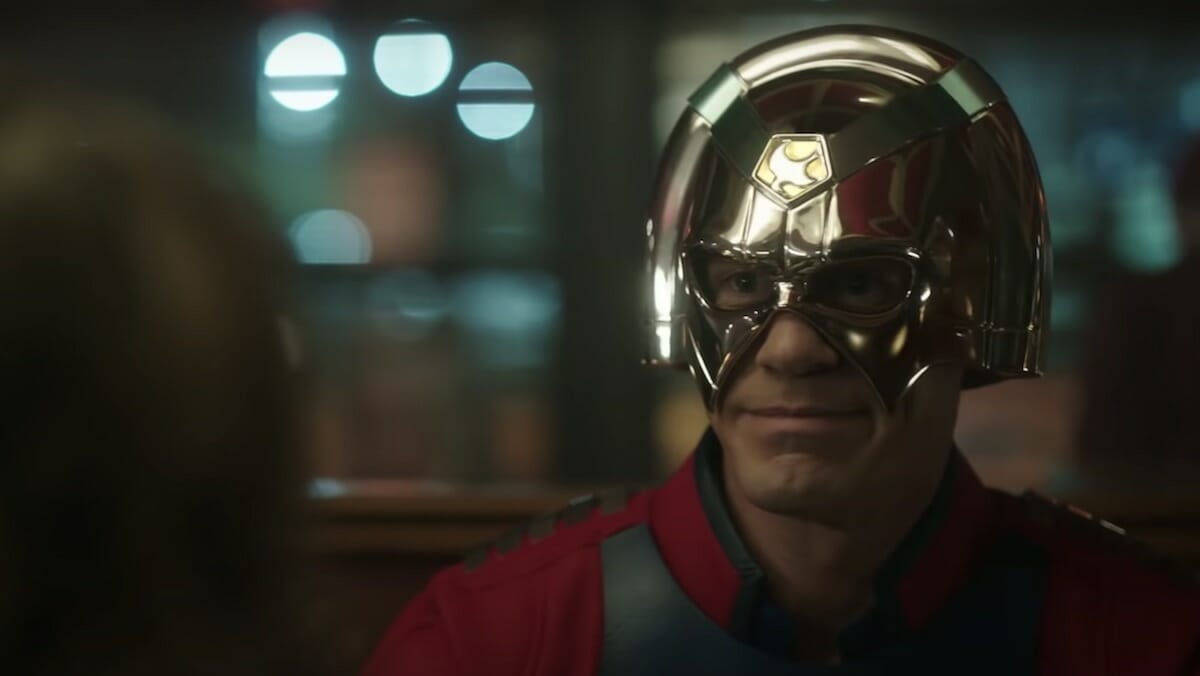 The Real Peacemaker Were The Friends We Made Along the Way

When the show is at its best is when there’s brilliant chemistry between his Task Force X agent. There are no notable heroes in the group but plenty of capable folks. The one he forms the biggest bond with is Leota Adebayo (Danielle Brooks), a lesbian black woman who is cautious about her new role.

Sure enough, Peacemaker stumbles over his words with talking to Abedayo but she can relate as someone who feels out of place. She’s not used to an organization that kills people and can’t commit as coldly as the seasoned agent Emilia Harcourt (Jennifer Holland). But she manages to find a friendship in the masked dork with the potential to steer him away from his darker past.

There’s also the returning hacker of John Economos (Steve Agee) and the newcomer leader of Clemson Murn (Chukwudi Iwuji). These guys are more of the straight men of the misfits considering John’s commentary and Murn’s stern nature. That being said, John gets rather giddy when given the chance to go on the offensive.

Although Gunn is only writing Peacemaker, his same style of quick-witted and hilarious direction remains. There are several sequences where it’s clear the director lets the actors take control. This leads to one of the best scenes where Peacemaker berates John for framing his father and starts randomly rattling off notable names he could’ve used instead. The scene goes on just long enough but apparently, Cena didn’t stop in a deleted scene.

I also really loved how the show has a lot of fun with its own universe. Peacemaker is at one point compared to Batman and he bites back by saying Batman is weak for not killing as much. It’s funny but it also speaks to Peacemaker’s narrow worldview and how murder doesn’t make him a hero.

For fans of the DCEU, you may love or hate the big twist of cameos woven into the finale. I say it’s a love/hate scene just because it takes two characters who were mostly portrayed as serious now cracking profane jokes. Truthfully, this is a much-needed dose of comedy and a grand assurance that the DC Comics movies going forward won’t become overly pretentious. 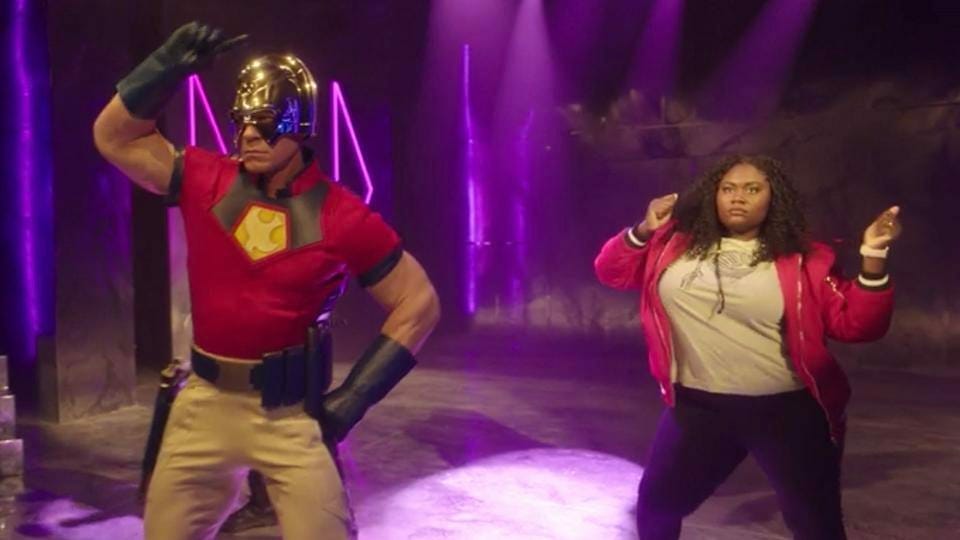 Wanting To Taste It

There’s so much to love about this show but I think the most charming aspect of the series is the opening. There’s simply nothing else like it on streaming television that I could never bring myself to skip it. If you don’t know what I’m talking about, the opening is an 80s rock song played over the main cast performing a well-choreographed sequence with completely straight faces.

I can’t stop thinking about this sequence. Everything from the music to the staging to the dancing is just popular. That song also gets stuck in your brain like chewing gum that you keep wondering if the show will ever answer the question if you really want to taste it.

Peacemaker is easily the best superhero show on television for dozens of reasons. Aside from being a lot of fun to watch, it’s also deeply poignant. It touches on a lot of relevant issues of racism and environmentalism but in a more biting manner that doesn’t just feel like a tacked-on PSA. It also boasts an incredibly diverse cast and takes a handful of risks for a DC Comics show that won’t stick to a status quo.

I can’t wait to see where Peacemaker goes next as the series has been picked up for a second season. He spent the entire series coming to bitter realizations about how wrong he was about his sense of the world. Having him return as he attempts to understand himself better will make for quite the show. 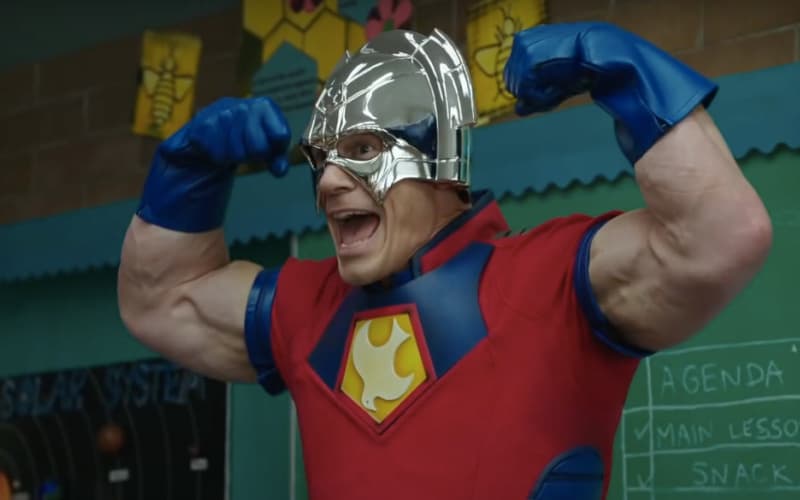 Did you see Peacemaker on HBO Max? What did you think of it? How does it compare to other DC Comics projects? Was it on par with The Suicide Squad? Let us know in the comments below.

A fun and insightful continuation of The Suicide Squad, making the character of Peacemaker all the more interesting.