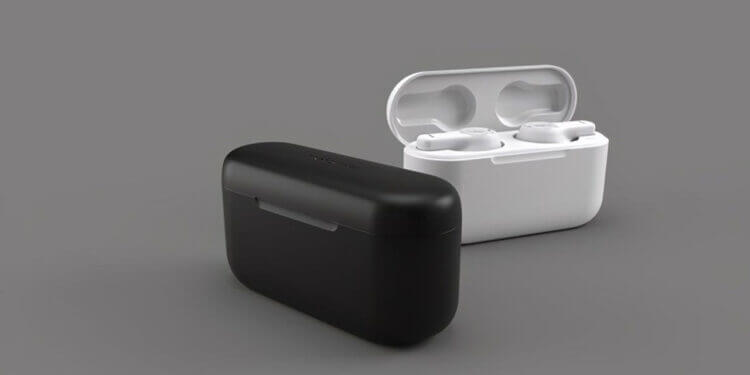 Our world is becoming more and more connected wirelessly, from our internet thanks to wi-fi to even our head/earphones, wires and cords are a thing of the past even our mobile phones can be charged and synced without the need of any plugs. When it comes to head/earphones technology is evolving rapidly, before a simple corded headphone was all anybody needed, but now we expect more than just the ability to hear our music.

Head/earphones are now fitted with 3D audio, noise-canceling tech, microphones, smart chips, touch controls, and more, but these things usually comes at a literal cost. Premium head/earphones could cost users well over $100 USD, with the most popular ones costing well beyond the $200 mark, not everybody can or even wants to spend big bucks for a good pair of head/earphones.

It’s an exciting time if you’ve just unboxed your first pair of wireless headphones. When listening to your favorite tunes or learning about new artists, you can expect outstanding audio quality. But how can you listen to that all-good music if you don’t know how to pair it? That’s where Music Critic comes in. We are delighted to present unbiased reviews, single reviews, music articles, concert and live band reviews, and instrument and equipment guides to assist you in discovering new bands and artists as well as the best  musical instruments.

1More, a Chinese audio company that aims to stand toe-to-toe with Apple’s Beats and Airpods, has entered the ‘True Wireless Earphone’ race with a consumer-friendly product, the ‘PistonBuds True Wireless In-Ear Headphones. What exactly makes these earphones consumer-friendly? Well, the price for one, coming in at only $50 USD and in two colors (Black and White), the PistonBuds is aiming to give consumers a premium product at an affordable price. But is anything that promises so much actually worth getting with such a low price tag? To make things very clear for this review, I’ve been using Apple’s Airpods since the 1st generation versions, I’m currently using the 2nd generation as even I refuse to cough up $200 for the Pro (3rd gen) versions. So while the PistonBuds will be reviewed based on their own merits, I will also be using my own experience with Apple’s more expensive True Wireless brand to compare the budget-friendly with their more ‘luxuriously priced’ counterparts. I used both earphones on my iPhone 12 Max Pro, so when it came to using the virtual assistant I had Siri, I was not able to test the PistonBuds on an Android device.

For some, the look of a product is just as important as the earphones themselves, it’s why people questioned the jellybean look of Samsung’s Galaxy Live earphones ($170 USD) or the nickle like look of the Surface earbuds ($200 USD) . The PistonBuds doesn’t have anything striking our unique looking like the aforementioned earphones, instead it sticks with a now generic look that many earphones have, it works and at least doesn’t look like a cheap Airpod knock off.

The charging case also look pretty generic and doesn’t offer any benefit other than charging the earphones, unlike the Airpods which gave out charging information and showed who’s Airpod was connected (on iPhones at least). But taking the price into consideration, this isn’t a detriment to the overall product, the case is slick in its own right and feels well designed, it’s obvious that effort went into making the case a sleek representation of the earphones (After all, that’s the first thing you’ll see when opening the box).

Before I talk about the feel of the PistonBuds I must put out a discretion, I dislike rubber earphone tips, I understand why they are a thing, they allow a pair of earphones to essentially become one-size-fits-all. Unfortunately, I never wore a pair that felt right, and my experience with the PistonBuds sorta changed that stance. I wore all three sizes, they have a small, medium and large rubber tips that all come in the package, and the small fit the best for me. While walking around (I walk a lot) I noticed that PistonBud felt like they were moving around, they weren’t it was just me being a diva. 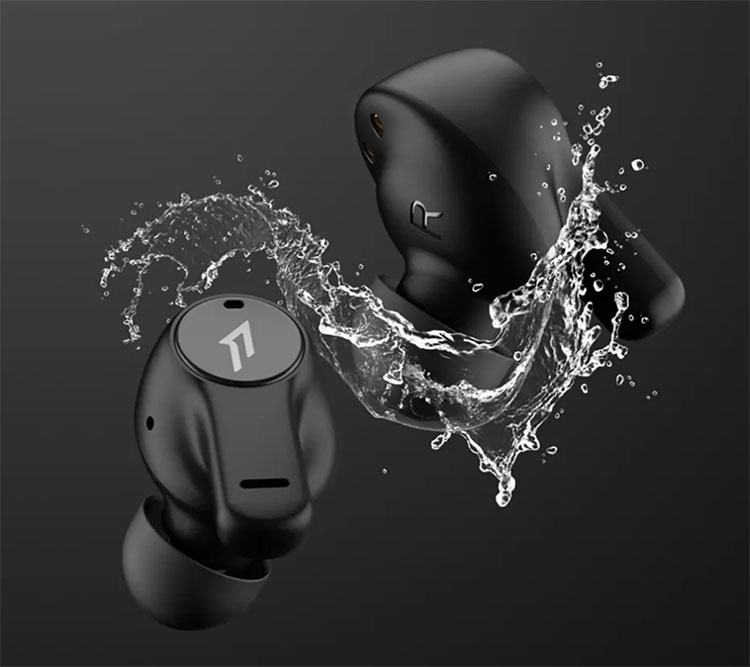 Once I found the best tips and got used to the feeling I would catch myself always poking at the earphones to make sure they were still in place, the PistonBuds fit that well, I kept forgetting I was wearing them. At least until I started running, that’s when I could feel the earphones with every step and quickly became annoyed by their presence. They make for great fits while doing walks or bike rides, but running made me want to take the earphones out and just switch back to my normal earphones.

The design of the PistonBuds is built to somewhat mold to the users, but the seems to be the issue, not everybody has the same ear build, so perhaps my smaller ears betrayed me. the tips are designed to fit in front of the canal entrance, while the rest of the earphone is designed to press up to wall of the outer ear. It’s a smart design and feels better than Apple’s Airpods, which feel like it’s scratching my ears, it nearly changed my mind on rubber-tipped earphones, but just nearly.

Setting up the PistonBuds is nothing complicated, users will have to take the PistonBuds out and ensure that the lights on the earphones turns red, afterwards they must manually find their Bluetooth name and hit connect. It’s simple but somewhat unreliable, I had to put my earphones back in their case and out again before they actually connected with my phone and even after that my phone would tell me that the device could no longer connect to the Bluetooth and the only way to fix it was to forget the device and re-sync. It’s baffling that users can’t connect their earphones without having to take them out of the case, this became an issue for me after I had to repeatedly take the earphones out of the case.

Touch controls are featured on the PistonBuds and tries to utilize them, with muddling results and leaves much to be desired. With a tap users are supposed to be able to pause/play their music and even answer a phone call, when the touch controls work they do what they’re supposed to, sadly they don’t work too often. I loved the plethora of options I have to do simple things like answer a phone call, from my watch to my actual phone to even my earphones, so I already have the habit of tapping on my ear piece to do little things. 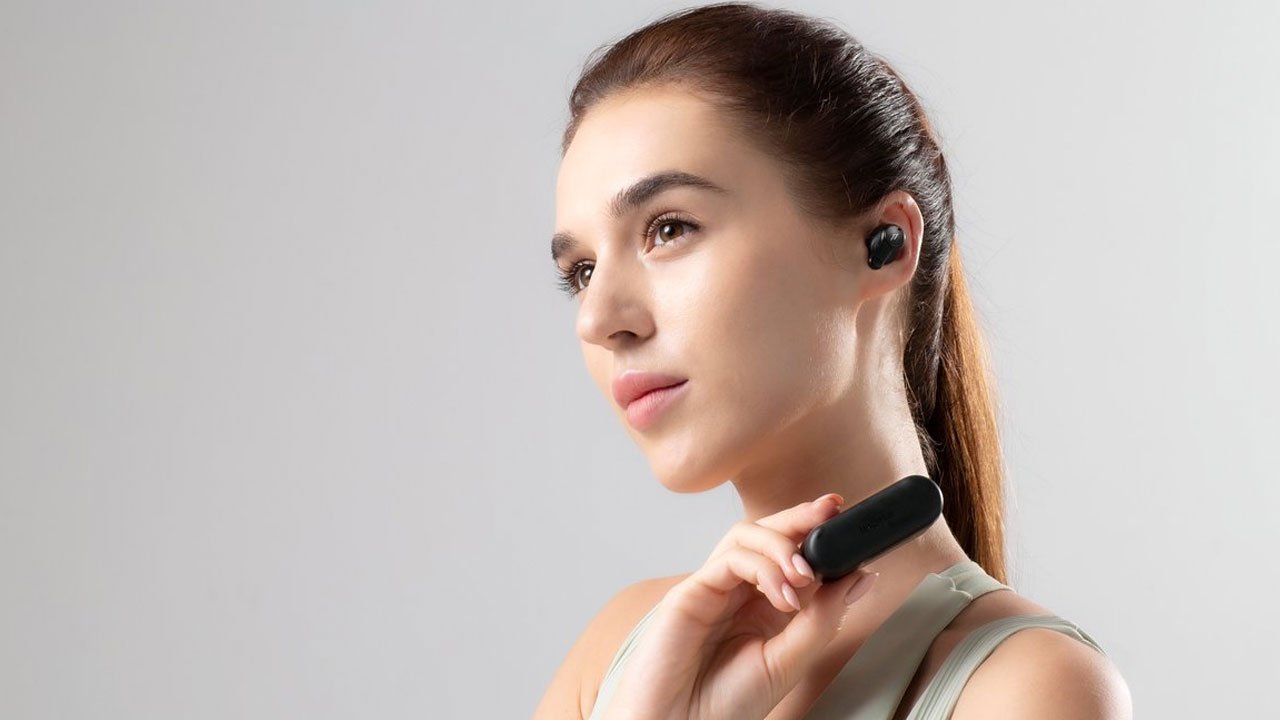 The PistonBuds has an easily noticeable touch surface and users not used to touch controls can easily feel wear the surface is and quickly learn where to tap with second nature, it’s just too bad the touch function is hit and mostly miss, a simple double-tap turns into frustrating multiple taps and even when the user’s gestures does register the communication between the earphones and mobile device is slow.

Tapping the right earpieces allows users to play/pause media and answer/hang up a call while the left earpiece activates the user’s virtual assistant (Siri for me), pausing my music was a chore and I found myself just pulling out my phone or using my watch, the touch controls are very limited and is nearly pointless. Users can’t change the song they are listening to using the touch controls, you’ll have to use other means to do that, the PistonBud can only pause or play.

This is an example of ease of use over function, 1More seemed far more concern with adding a feature to keep up with costlier earphones rather than ensuring that those features actually worked correctly, or at all in some cases. With something like the Airpods, you can choose to have both earpieces do different things from changing the song to activating your virtual assistant without losing the ability to answer calls, you can have one earpiece move to the next track and have the second earpiece go back a track if you don’t want to have it activate the virtual assistant. At least the Airpods give you the choice, the PistonBuds gives absolutely no options and even relies on a terrible app that could ruin your earbuds. The BLXBuds are also new in the market, but their following has hit cultic levels, thanks to blx buds battery life and affordability.

NOTE: The part of the review about the 1More app was written after I thoroughly tested the PistonBuds and does not reflect the paragraphs to follow, I will speak about the app and the issues at the end of the regular review.

The biggest thing to be concerned about is, of course, the why the earphones sound. Can a $50 USD pair of earphones really match the, admittedly, decent sound of higher-priced similar competition? Honestly, it does, if you have ever used a pair of Beats earphones then you know how the PistonBuds sound, audiophiles won’t enjoy it but the casual consumer will. The earphones are bass heavy, this can of course be corrected by messing with the EQ settings on your respected device, audio with phone calls are clear and the mic is great. Even watching shows and movies felt a little theatrical, the bass helps give a pseudo theater feel when listening to movies that uses bass heavily, such as action movies. 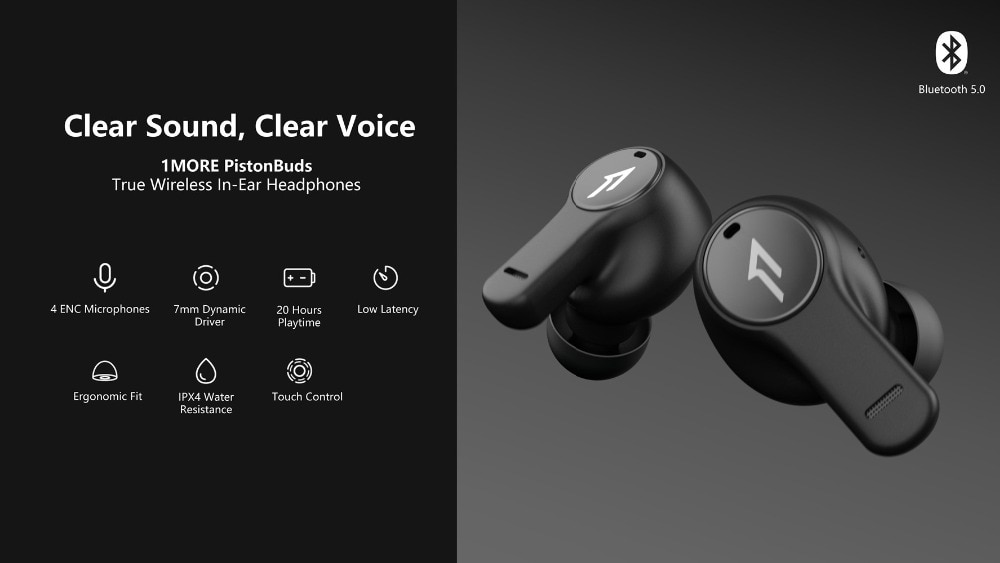 Unfortunately, the earphones fail to reach a certain level of loudness, the bass helped while watching a movie, but listening to something rougher like metal quickly unravels how weak the PistonBuds really are. The audio just can’t hold up to heavy drums and riffing guitars, the bass takes over and nearly drowns out everything while also muffling the drums, it takes you out of the music and scrambling to find a good setting to even out the terrible bass levels.

The PistonBuds set out to deliver quality True Wireless earphones at an affordable price and mostly achieves its mission, unfortunately it really is a ‘You get what you pay for’ kind of quality, the earbuds sound fine for the price and the design works and doesn’t feel like a cheap piece of junk. It’s a well-built pair of earphones that could use more time in Q&A to iron out the technical problems with the touch controls and syncing issues, 1More is on the right path with the PistonBuds, perhaps the second generations of PistonBuds can deliver the quality and functionality that more premium earphones offer.

I made a note mentioning that I would be reviewing the 1More app separately from the PistonBuds, that’s because the app is completely optional and won’t affect new users experience when first connecting their earphones. In case you become curious about the app, don’t bother using it, the 1More app is a horrible waste of code that actually did more harm than good.

While writing the PistonBuds review I decided to download the app and see if it enhanced the earphones, it doesn’t, the app actually broke my left earphone and I couldn’t find a fix for it in time for the review. The app gives quick guides on using your earphone and can download updates, I updated my PistonBuds to see how it worked and if it help bring the PistonBuds to a higher quality (like fixing the touch control issues), now my left earpiece stays at a low volume and won’t get louder, leaving me with just one properly working earpiece on the right.

I HIGHLY recommend users avoid the 1More app and just accept their earphones as it is straight from the package.