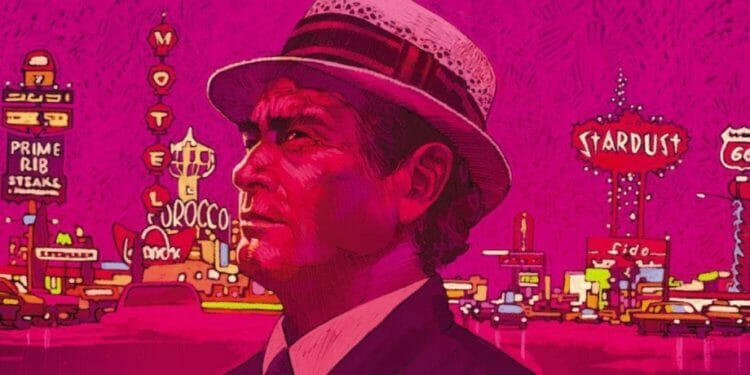 I’m going to preface this article by letting everyone know that I wouldn’t be THIS much into horror if it wasn’t for my Father. When I was little he would always talk about the Darren McGavin tv show where he played a Polak. For the life of me I never could figure out what show he spoke of.

That was until Best Buy ran an ad with some Midnight Madness Double Features and The Night Stalker/The Night Strangler just so happened to be in the ad. I rushed to Best Buy the Tuesday of release so that I could watch this with Dad; to this day I’m glad I did.

Everyone has heard of The X-Files, I would be remiss if I found someone in a crowd who hadn’t heard of Scully or Mulder. What if I told you a 1970’s television movie and later a two season television show was the inspiration for the fan favorite show?

You’d probably think that I was insane, but Chris Carter has stated the Darren McGavin’s Carl Kolchak and his misadventures in the paranormal was the inspiration for his long running 90’s show.

The Night Stalker was the first the world ever saw of reporter Carl Kolchak and thankfully it would not be the last. ABC ran the television movie on January 11 1972 with great success. The movie became the highest rated television show on US television, which gained Kolchak’s adventures another television movie and a short running series. Darren McGavin (the father in A Christmas Story)would reprise the role in the following movie and show, with some of the main cast following him as well including Editor in Chief Tony Vincenzo aptly played by Simon Oakland.

What makes this old television horror story special is the fact that it is penned by Richard Matheson, the man who gave us I Am Legend and countless other horror classics.

Matheson took what Jeff Rice wrote in his novel and turned it into a horror phenomenon that still affects current television and movie horror. Without Kolchak we wouldn’t have had The Walking Dead, The X-Files, American Horror Story and so on. Yes, this movie has unfortunately faded into obscurity, but horror fans need to see how great it was.

The story begins in Las Vegas where Carl Kolchak, a reporter down on his luck, is called back from his vacation by his EIC Tony Vincenzo and is given what looks like a common murder to cover.

Much to Kolchak’s surprise he finds that this murder is more than a run of the mill murder. Bodies begin to pile up and they are all drained of blood with bite marks on their necks. For some odd reason, Kolchak is the only person in Vegas that believes the murderer is a vampire or someone who thinks they are a vampire.

Kolchak is almost laughed out of town for his wild assumptions until the police are caught with their pants down twice. The murderer runs through the Las Vegas police squad like they are melted butter and he a hot knife.  Only then do the police finally take Kolchak seriously, at the cost of many innocent lives. I’ll leave the story at that, because there are some twists and turns that even I couldn’t see when I watched this for the first time years ago.

Matheson’s script isn’t the only item of joy in this movie. Darren McGavin has the perfect amount of sarcasm delivered with specific lines that make you bust out laughing.

When they released the comic book version of Kolchak I purchased them, but the delivery wasn’t the same even though I read the books with McGavin’s voice in my head. Only he could pull off such amazing quips with the perfect timing. He was born to play this part, and I’m only sad that the television series didn’t last longer. We just don’t have enough Kolchak for my liking.

There are some setbacks to this masterpiece though. Seeing as this is an early 70’s television movie the special effects aren’t what we are use to now. Yes, they seem campy but they fit in with the overall theme and atmosphere of the movie. This vampire tale is a little more tongue in cheek than we are use to, and that is a great thing.

The other setback that I noticed here, and in most older movies, is when the stuntmen replace the main actor. It seems like the producers didn’t even try to find stuntmen that looked like Darren McGavin or Barry Atwater. When the fight scenes do occur you can tell that the stand in is throwing the punches. This has always broken the flow of the movie for me, but it still doesn’t detract from the amazing cinema that this movie is.

I cannot recommend this movie enough to horror buffs. You can’t let the campiness or age of this movie keep you from finding a copy; it will be worth your while.

The dread that Matheson writes into the horror scenes and the humor that he injects during the daytime make this one of the most unique and enjoyable vampire movies of all time. I still have my Midnight Madness Double Feature, but there are Blu-ray versions of the television movies floating about.

I also have both of those and while they do not show the movie in widescreen, they are much clearer than the standard DVD. I would suggest hunting those blu-rays down if you have an extra forty bucks. They are totally and completely worth it!

The father from A Christmas Story takes on vampires in Las Vegas during the Disco Era. Is it worth a look?

The Greatest Mystery Games of All Time