Throughout the 1990s, games have been steadily progressing to the newest hardware. Advances in development included fully three-dimensional characters and environments, crisp clear sound, and CDs containing far larger scale designs than cartridges could hold. The 1990s were very ambitious for game development.

Many series were making the jump to 3D with their newest entries, such as Mortal Kombat 4 and Final Fantasy VII. However, one series was looking to stick it out on its 2D roots, and that series was Mega Man X… somewhat. Today, let’s do a Retro Review of Mega Man X4 and take a look at X’s jump to the fifth generation.

(Author’s Note 1: For ease of access purposes, each game reviewed is the version(s) present in the Mega Man X Legacy Collection 1 and 2 games.)

(Author’s Note 2: There’s going to be some spoilers for one of the game’s campaigns. Reader discretion is advised.) 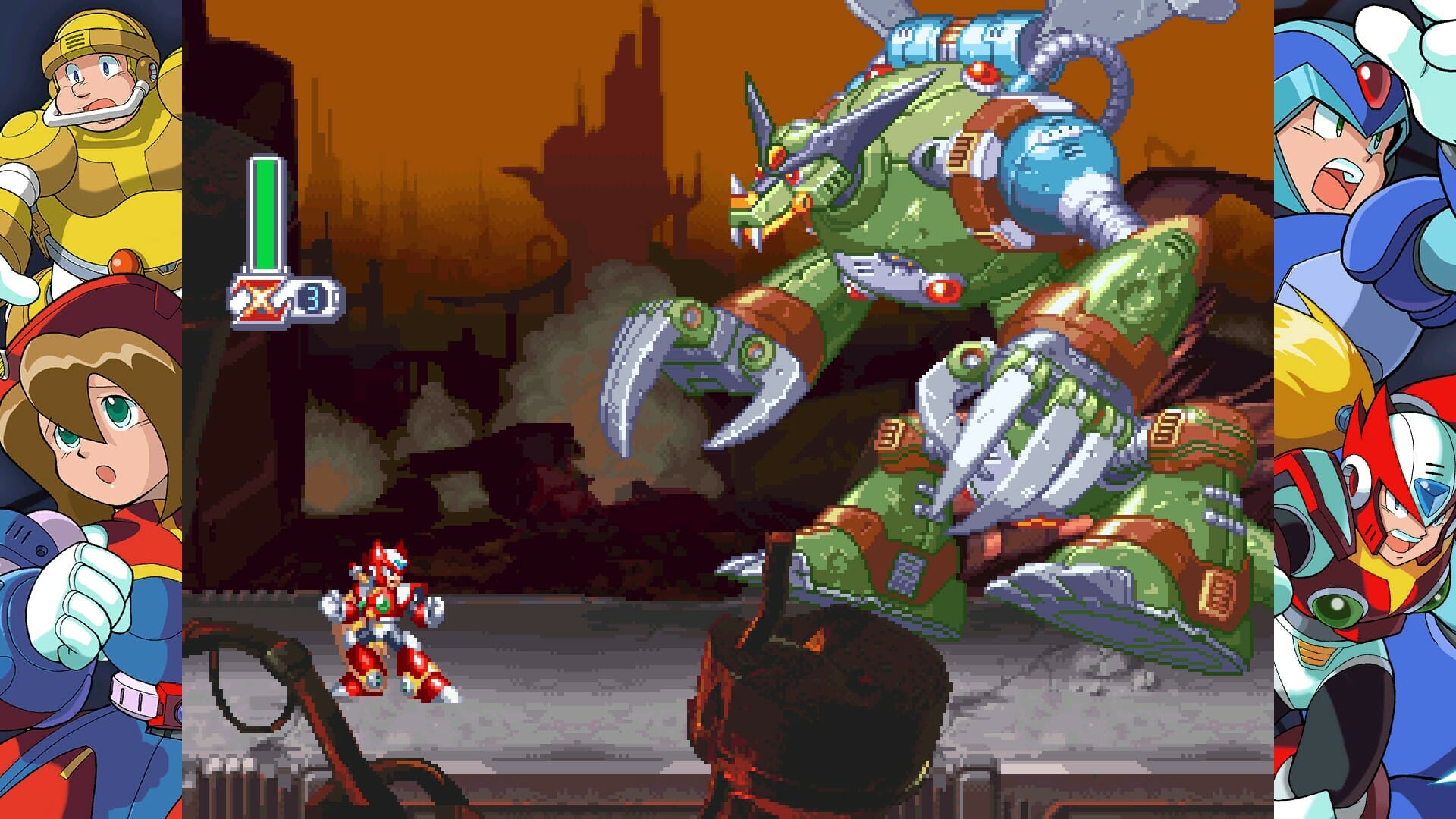 Where Are They Now?

After the ending of Mega Man X3, a game takes place between then and now in the timeline. That game, being Mega Man Xtreme 2, follows X and Zero as they investigate Reploids having their memories and functions suddenly erased. Known as the Erasure, it continued until the two received a report of Reploids on Laguz Island completely disappearing, and then the events of that game play out.

By the time this game begins, a second army of Reploid hunters came to coexist alongside the Maverick Hunters. Known as the Repliforce, the two organizations have worked together in the past. Everything changed, however, when the city of Sky Lagoon was attacked, and fell from the sky, killing thousands on the planet’s surface.

X and Zero play through the first stage at this point. Towards the end of it, the Repliforce is suspected of causing the attack on Sky Lagoon. Colonel, one of the main attack coordinators for the Repliforce, is requested to come in for custody, but refuses. He explains that his group would risk the war if it meant avoiding dishonor and shame, and flees. The Repliforce, before long, are branded as Mavericks, and X and Zero return to base. 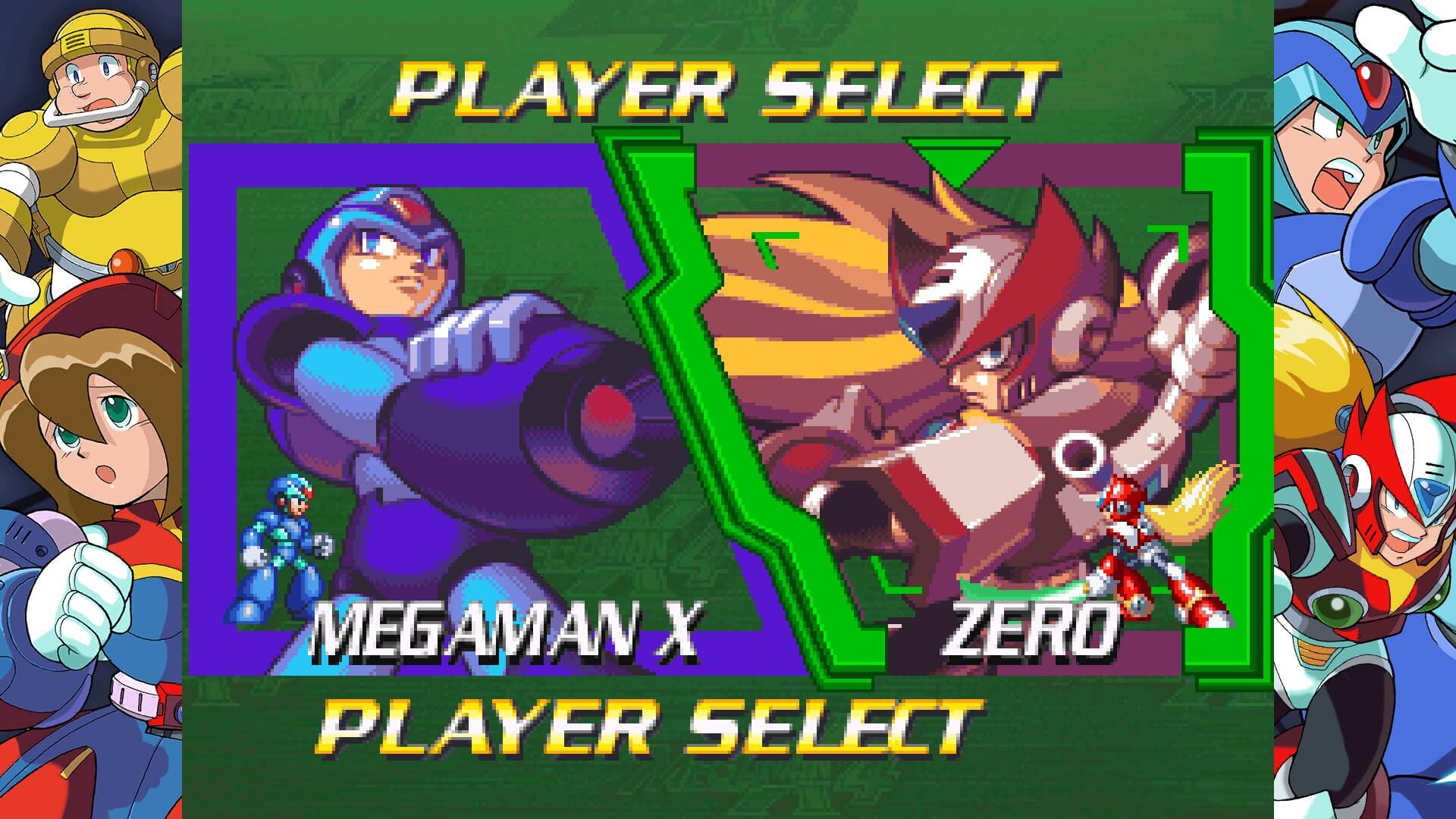 For those who have read our previously-released Mega Man X3 review, you would know that Zero was introduced as a playable character in a limited capacity. That, however, has been upgraded MASSIVELY.

Mega Man X4 now allows you to choose which character you start the game with, between X and Zero. X has strong capabilities from a distance and has an overall balanced gameplay style. X’s gameplay has remained largely unchanged going into this game from X3, though he doesn’t die in a few hits anymore. So, that’s a bonus.

Zero, on the other hand, is complete and total rushdown. He loses access to a ranged option and cannot use armor capsules, but instead, he has a double jump (after beating Split Mushroom) and his Z-Saber has multiple hits in every swing. His special weapons also behave differently from X’s, as some of them are just additional attacks he can use, rather than utility capabilities.

Something to note is that you can only pick one character per save file. Personally, I’d recommend picking Zero for this game. Sure, the game becomes slightly harder without ranged options, but the game builds on Zero’s story exponentially. Going forward, this Retro Review will be considered as if Zero were selected. 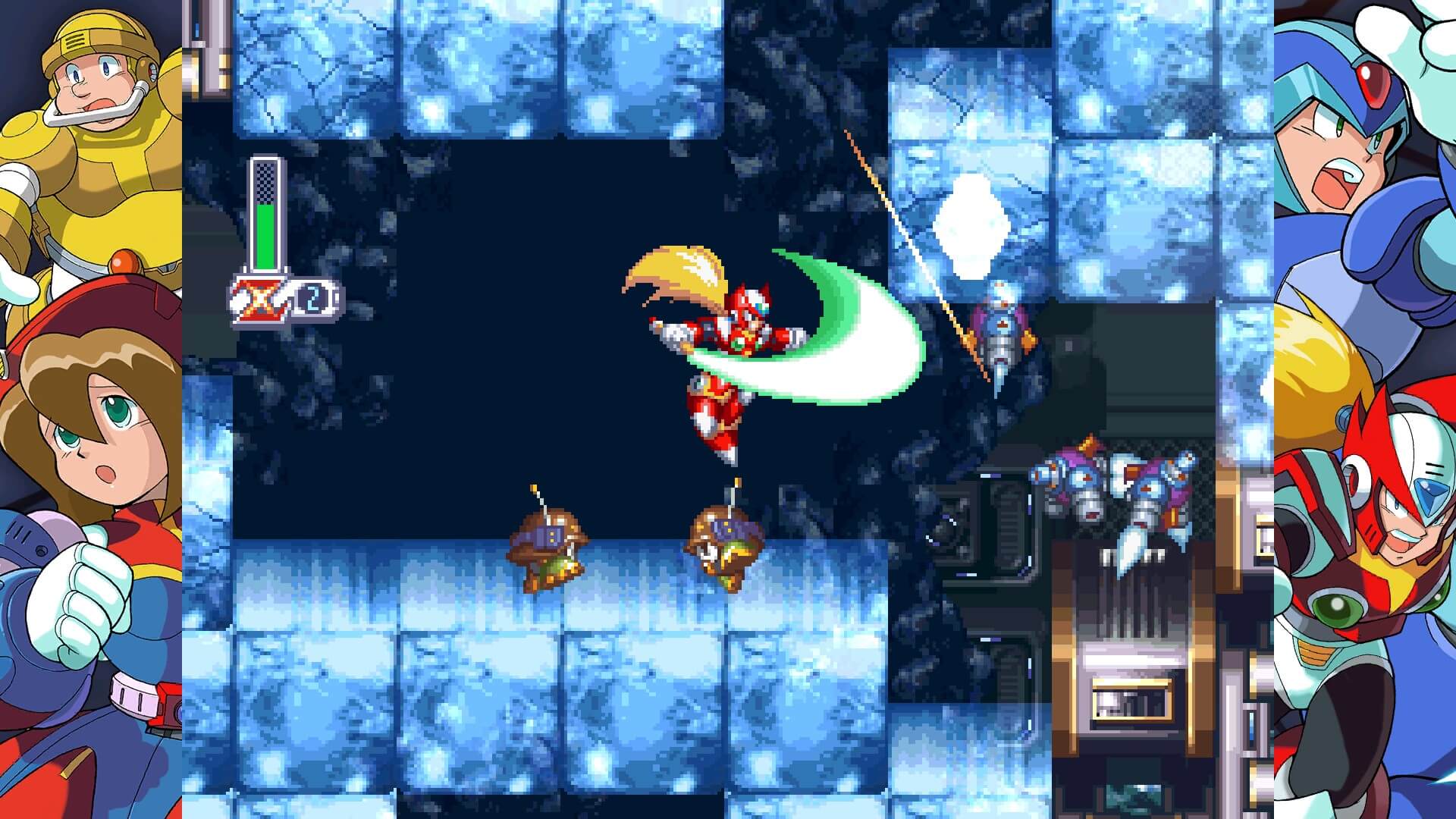 Clarity In Sound and Appearance

We mentioned it briefly in the introduction of this review, but due to the jump to CD-based consoles, the sound quality in Mega Man X4 took a massive upgrade. Everything sounds much less compressed and the music is nice and clear. The game also has fully-voiced cutscenes, but we’ll get to why those are a product of the time.

X, Zero, and the overall world around them look a lot more clean and beautiful than previous entries do, and the music sounds phenomenal. Not being confined to a 32-bit console did wonders in the sound department, I must say. Compared to previous entries in the series that we’ve done Retro Reviews on, the game easily looks the best in terms of animation and fluidity.

Another new introduction in the presentation of the game is the worldbuilding centralized around Zero. Part of it comes from full-motion video cutscenes, but also from how Zero’s entire story is formatted. Speaking of, let’s actually break down why Zero’s plot matters so much in the grand scheme of things. 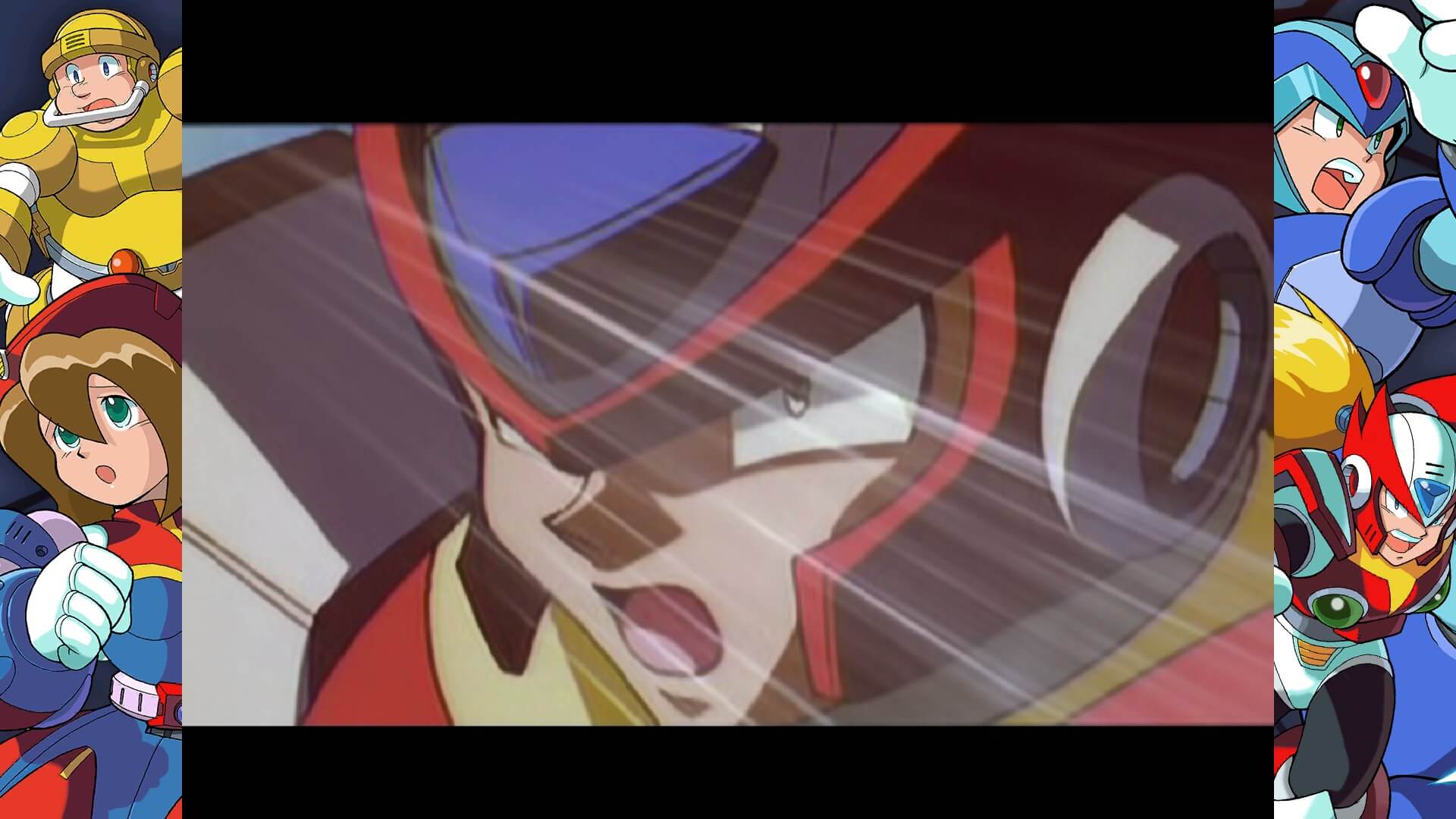 It all starts from Zero’s first cutscene. Before the first stage, he has a flashback to before the events of the first Mega Man X game, where his creator is very much revealed to be Dr. Wily (of classic series fame). Upon giving Zero orders to destroy his nemesis (Mega Man, of course, and by extension X.), he sends Zero off, and the scene jumps to Zero outright staring at his bloodstained hands, implying he killed many people under Wily’s command.

Before this game, he befriended Colonel and his younger sister Iris. Iris serves as a part of his plot, as she’s the navigator throughout the Zero campaign, and also breaks up the first encounter between Colonel and Zero (since it’s a cutscene). This comes to a head, however, in the final stages of the game, where Zero has to fight Colonel (this time in a player-controlled setting) and then Iris.

Zero’s built on to the point where even Sigma (gasp), just tells the player that Zero was built by Dr. Wily to destroy X (a point alluded to in X2’s ending). This leads to another flashback where Sigma and Zero fight before the events of the series. This leads to Sigma barely beating him, and Zero being taken to Dr. Cain, to become the character we know today.

On The Other Side of Things

X, in contrast, has not that much going for him, outside of the first stage. His plotline in this game is very by-the-numbers; play through that first stage, finish it, fight four robot masters, and fight Colonel. Then you finish off the last four and progress to the end of the game, with the last few stages, culminating in a fight versus Sigma. Zero’s campaign ends with the Sigma boss fight as well.

Comparing X’s story to Zero’s in this game, X feels like he’s just… there, as if he’s mandated to be in the game. X also differs from Zero because he can obtain upgrade capsules, whereas Zero cannot. X just feels like an afterthought, through no fault of his own, that is. He just takes a backseat in this game, due to Zero’s plot development being a key aspect of everything that’s going on.

Given that X is kind of in the backseat this time around, he doesn’t see much light in this game, which isn’t great for this Retro Review. That being said, we need to discuss… 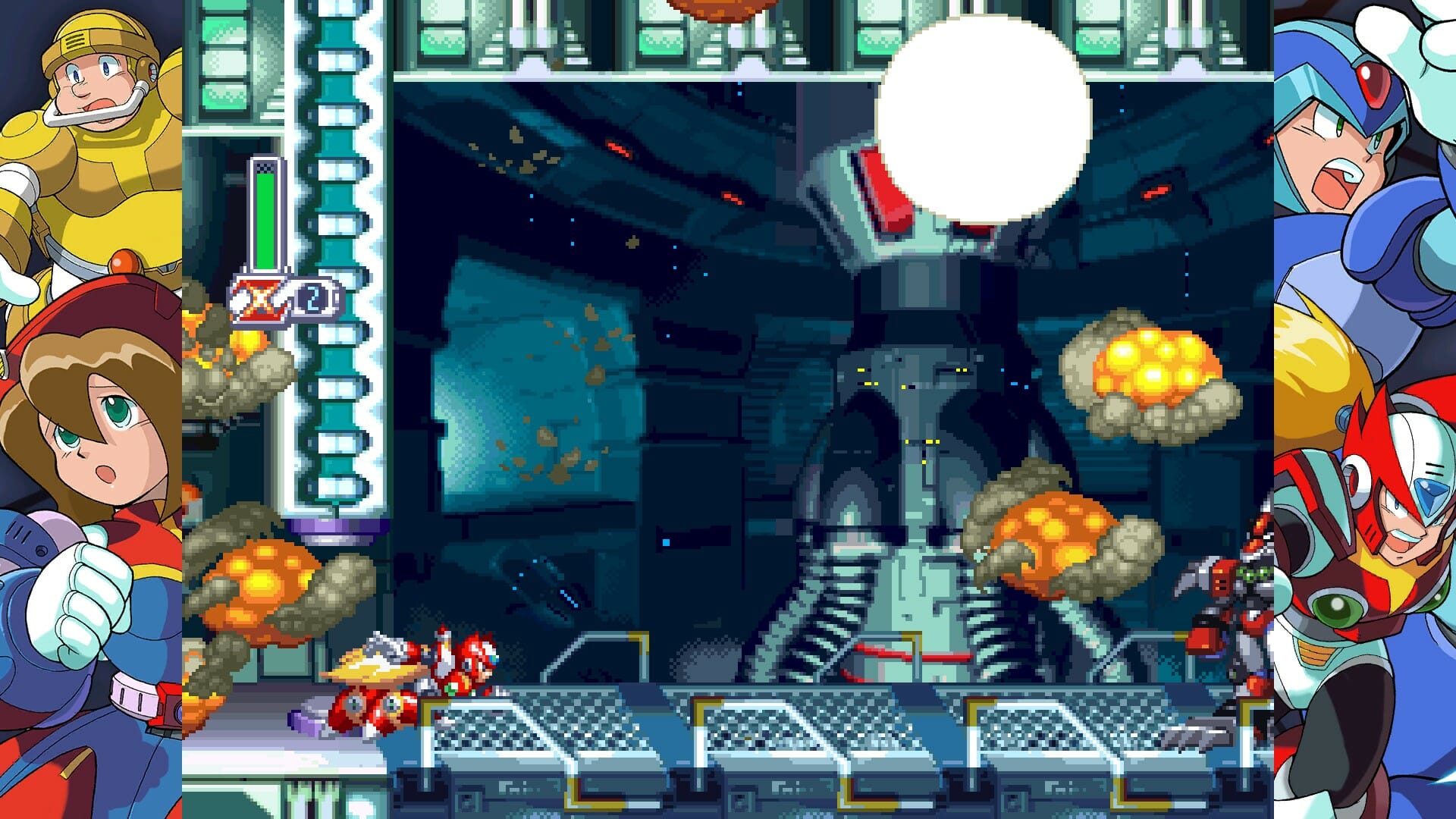 I would honestly not be the first and surely not the last to tell you that this game’s voiced cutscenes are… kind of rough. Granted, I’m not gonna cut too deep into them solely because they were made in the 1990s, and almost any voice-acted game cutscenes were pretty laughable at the time.

But, given that it was the mid-90s, and voice-over talents aren’t nearly as polished as they are these days, I’m willing to give it a pass. The actual animations in the cutscenes look on-par with what was presented at the time, and they all are important to the plot of the story. It adds to the experience mainly.

Mega Man X4 almost didn’t release in North America. The new era’s advancements came with some risks. One such risk was the fact that since it was still 2D, the game was supposedly rejected from passing Sony’s stringent approval processes. One could guess that it was due to the lack of 3D innovations, but we wouldn’t know unless we were around at the time.

However, despite everything that happened, the game still released in the States, and the series continued. Beyond that, not much happened aside from some things being a product of the time. 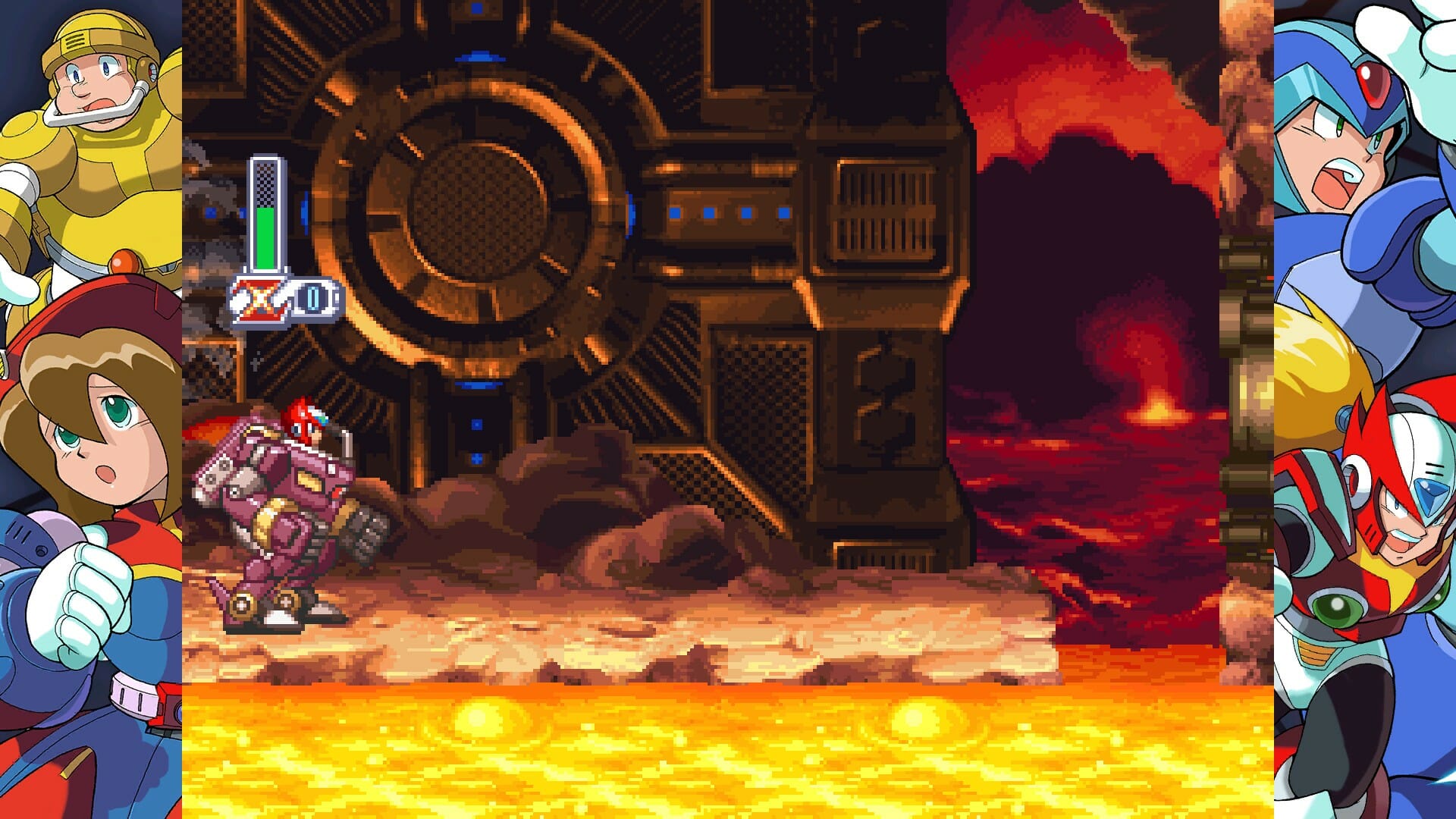 Overall, as a jump from the Super Nintendo to the PlayStation and Sega Saturn, Mega Man X4 is quite promising. You could say that the series has nowhere to go but up with the way the game’s laid out. The character campaigns being split, the visual upgrades, and the game speed jumping dramatically all work for X4 and the way it plays. All that can really be said that’s rough about the game are the voiced cutscenes and X’s lack of focus in the grand scheme of this one.

Mega Man X4, is the first of three PlayStation titles that we’ll be covering, so join us next time, as do a Retro Review on Mega Man X5, and gauge whether it’s an improvement or if it’s a step back. It’s very exciting to think about what the next game has in store for Mega Man fans.

Mega Man X4 is playable in the Mega Man X Legacy Collection, available on PlayStation 4, Xbox One, Nintendo Switch, and PC via Steam. Thank you for reading, and we’ll see you next time.

What did you think about our Mega Man X4 retro review? Did you like it? Are you planning to play it yourself? Let us know your thoughts in the comments section below.

Mega Man X4 harkens back to the fast and frenetic gameplay that X1 introduced while cleaning up the low defense issue that X had in X3. The sheer amount of worldbuilding for Zero feels like it's made up for lost time, in terms of his characterization, which is a net positive.