BagoGames > Articles > Geek Culture > Movies > Shang-Chi and The Legend of the Ten Rings Review – An Epic Marvel Solo of Action, Fantasy, and Family 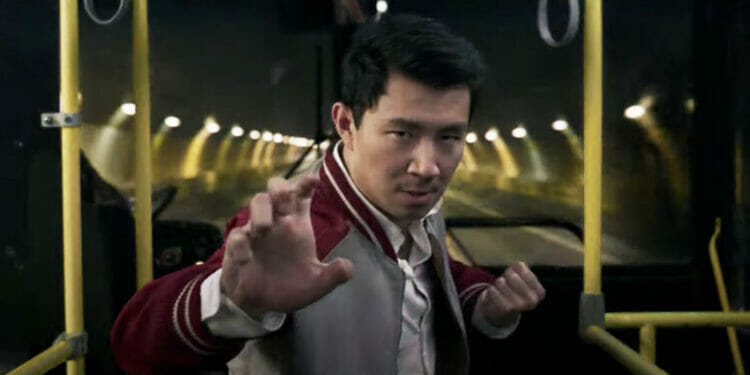 The Marvel Cinematic Universe has become quite crowded over the last decade. Thankfully, there’s still plenty of room to explore and not become complacent. The MCU is not immune to repetition but every now and then they manage to strike some gold.

Shang-Chi and The Legend of the Ten Rings is certainly one of the gems of Phase IV. It’s exciting while still having a heart to its action. It’s fantastical but never gets lost in the muck of its own special effects. There’s plenty present to make for a remarkable action-adventure of fantasy lore without just feeling like the same old Marvel formula.

Ten Rings That Rules All

What really helps such a picture flourish is its brisk and enticing pace. Not much time is spent within the prologue trying to explain the power of the ten mystical rings. They’re rings you can wear on your arms and they weave magic powers. The specifics on their origins are not for this film.

The focus shifts off the MacGuffin and more towards their wielder of Wenwu. Having used such power to control a shadow organization, he has set his sights on attaining ultimate power. What he doesn’t count on is falling in love with a goddess of a lost world, changing his outlook on life.

When he loses that love, however, bitterness overtakes him. The life he had with his children changes greatly. A villain is born from grief and seeks to find a way back to the life he had robbed from him.

One of his kids was Shang-Chi (Simu Liu). Though trained to be an expert warrior by his father, Shang-Chi has tried to carve out a life for himself in America. He only parks cars for a living but he gets to do so with his best friend Katy (Awkwafina).

While Shang-Chi tries to cover up his past, that secret can only stay hidden for so long. It’s hard to play dumb around your friend when you’ve got such henchmen as Razorfist trying to kill you. Intrigued, Katy tags along with Shang as he attempts to figure out why his father has chosen now to strike out against his children.

A World of Fantasy and Danger

Shang’s adventure takes him to some visually striking spots around China. Finding his sister requires venturing to a skyscraper holding underground fights run by Shang’s estranged and bitter sister. Finding his father means traveling to a remote mountain stronghold.

By the third act, he manages to unearth the hidden realm his father was seeking. Such a location is lush with green and teeming with roaming fantasy creatures. Such creatures include giant tigers, soul-sucking dragons, and winged furballs.

While the fantasy land comes bundled with the typical CGI slather, the skyscraper fight is a far better highlight. Watching Shang bound across scaffolding and fight masked henchmen high above the street of Macau is such a treat.

This superhero picture takes its time to peel back the curtain of Shang’s past rather than unload it all at once. The journey becomes all the more meaningful when learning more about The Mandarin and how loss has shaped him. His emotional choice to turn towards evil makes him such a compelling antagonist.

Even for a Marvel film with magic and monsters, there’s a surprisingly grounded nature. The direction never struggles hard for a joke. There’s more than enough faith to let its meaningful story play out as more than just mandatory melodrama. Bittersweet whimsy suits this epic well.

It may sound as though the film tops itself too soon but the first act is really a highlight. The charisma of introducing Shang and Katy showcases a great friendship. But, let’s be honest, the bus fight of this act is brilliant.

The sequence is immaculately shot and has some of the best shots of Simu in action. Watching him zip around a bus as he performs punches and kicks is an exhilarating experience. His flashy way of flipping on his coat is just the perfect cherry on top.

Another refreshing aspect is that Shang-Chi doesn’t need to play off much of the MCU. There’s not a lot of foreknowledge or rewatches required to catch everything in such a picture. It stands well enough on its own with its lore existing outside the rest of the cinematic universe craziness.

Of course, such a picture is not immune to referencing the rest of this franchise. Cameos from the likes of Iron Man 3 and Doctor Strange are present, as is an unessential return of a Hulk villain for the background. In terms of setting up Shang’s story, however, one need not be astute on the history of aliens and magic.

Conclusion: Shang-Chi and The Legend of the Ten Rings

More than just a martial-arts Marvel entry, Shang-Chi is a stand-out picture of Marvel’s 4th phase. The combination of the resonating story and rousing action sequences makes for a potent mixture of superhero cinema. There’s just enough variation on the MCU formula to make this film stand out as more than just another fantasy adventure.

Have you seen Shang-Chi? Does it have enough power to be a strong entry in the MCU? How does it stack up compared to the previous MCU movie of Black Widow? Let us know in the comments below.

Shang-Chi and The Legend of the Ten Rings

An amazing Marvel solo outing that weaves family and martial arts into a rousing epic.

Shang-Chi and The Legend of the Ten Rings Review - An Epic Marvel Solo of Action, Fantasy, and Family | Based Gamers