Street Fighter Heads To The Olympics

Yet another milestone for this long running franchise 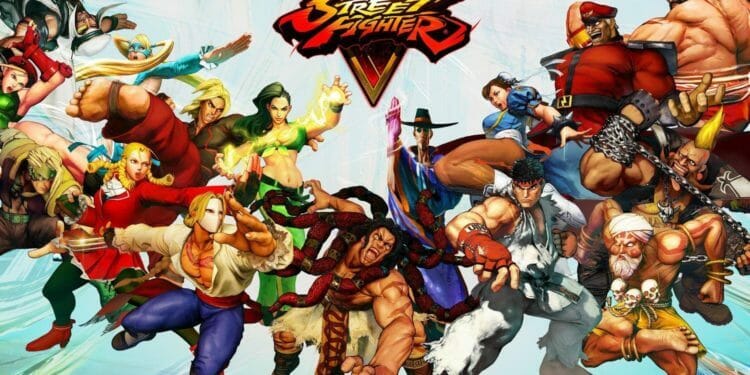 Whatever you think about the most recent installment of the game, it cannot be denied that Street Fighter is the best known virtual fighting franchise of all time. It’s had competition in the past from the likes of Tekken, Virtua Fighter, and Mortal Kombat, but even allowing for the success of all three rival series, it stands head and shoulders above the rest. If you’re a long-term video gaming enthusiast, you’ll have played at least one version of Street Fighter at least once in your life.

Even with all that glorious history behind it, Capcom’s flagship franchise is still finding new ways to make waves, and this year it’s going to make the biggest step of all. As was confirmed a few short days ago, Street Fighter will (sort of) be making an appearance at the Tokyo 2020 Olympics. The prospect of video games becoming an Olympic competition has been touted for much of this century, but with eSports becoming bigger with each passing year and the Olympics happening in Japan this year, the Olympic Committee has finally given the partial inclusion of video games its blessing.

No Medals for the Winners

Before you start phoning up your home country’s Olympic authority and telling them you’re their best chance of bringing home a gold medal, don’t get too excited. Video gaming will not – for this Olympics, at least – be a recognized, medal worthy event. Street Fighter V will, however, feature at an Olympics-approved event in the immediate build-up to the competition. A Street Fighter V tournament will be held under the Olympic banner, and the winner of the tournament will be awarded a $250,000 prize paid for by the Olympics. It may not be quite the same as landing a gold medal, but we strongly suspect the majority of gamers would rather walk away with a quarter of a million dollars than a lump of metal anyway. Street Fighter V is not the only game being awarded this historic honor, but it is one of only two – the other being the super-popular Rocket League.

Check out the trailer for Street Fighter V: Champion Edition, a much needed update:

No Hope For Street Fighter IV?

Although Capcom is a Japanese company and Street Fighter is a name that’s known even to people who don’t play video games, the fact that Street Fighter V has been chosen will be seen as a surprise by some. It’s no secret that the release of the game back in 2016 was rushed, and initial reviews weren’t favorable. One wry reviewer even noted that the game would be great ‘when it’s finished.’ That point didn’t arrive for a very long time. For two whole years, Street Fighter V was mocked for its lack of content and poorly-thought-out online economy, which seemed more focused on bleeding as much money as possible out of players than providing them with an excellent playing experience. Although things were greatly improved by the later release of the arcade edition of the game, its reputation never completely recovered, and it isn’t viewed as fondly as the majority of its predecessors.

There will also be some fans who are disappointed with the implications of the announcement. If there’s going to be a high-profile Street Fighter V tournament as part of the Olympic Games, it would appear to be the final nail in the coffin for the idea that Capcom might release Street Fighter VI at any point this year, or possibly even next year. After four years on the market, and as many additional characters and downloadable content installments as anybody can conceivably imagine, the game is tired. Nothing new can be brought to it, and the market is ready to move on to the next game. We’re expecting brand new consoles from both Sony and Microsoft this year. It would be great to have a brand new Street Fighter to play on them, but it’s impossible to believe that Capcom would go to the Olympics touting Street Fighter V with one hand and promoting Street Fighter VI with the other.

Open to the Public

If you’re interested in taking part in the tournament, the good news is that you’ll have the chance to do so. Rather than restricting entry to only the best-known and most-successful online Street Fighter players, Capcom has confirmed that the contest will be open to literally anybody who wants to take part. Just taking part, though, doesn’t mean you get to go to Tokyo. Regional competitions will be held in the months leading up to the event, with players expected to have to quality from their region, then their nation, and then possibly even a league of nations before the best of the best are called upon to head to Japan to take part in the finals of the contest, which has been named the Intel World Open. The final games will be held between July 22nd and July 24th, therefore ending on the day that the Olympics are scheduled to begin.

As we’ve now reached the point in video-gaming history where e-sports are so competitive that real-life teams are paying players to represent them in tournaments, the walls between physical sports and virtual sports are thinner than ever before. The Tokyo Olympics of 2020 are the first of a brand new decade, but it’s also highly likely that they’ll be the very last to take place without a formal video gaming or e-sports medal category. If that category does exist by the time we begin to prepare for Paris 2024, perhaps Capcom will be there again with Street Fighter VI. If they are, we hope they’ve had a smoother time with the game than the one they’ve endured over the up-and-down life of Street Fighter V.

What do you think about Street Fighter V making its way to the Tokyo 2020 Olympics? Does this bode poorly for Street Fighter VI? Let us know in the comment section below.