What an absolute mess

The Outer Worlds is a stunning game, truly one of the best that we’ve seen in the current console generation. It allows you to explore a brand new system of planets, filled with characters that feel as though they’re almost taken from a Fallout game, and gives you the freedom to do anything you want. While all of this is still true of the Nintendo Switch port, it is a complete mess in a number of ways that make it very difficult to play.

If that hasn’t put you off, let’s get into the second opinion for The Outer Worlds. 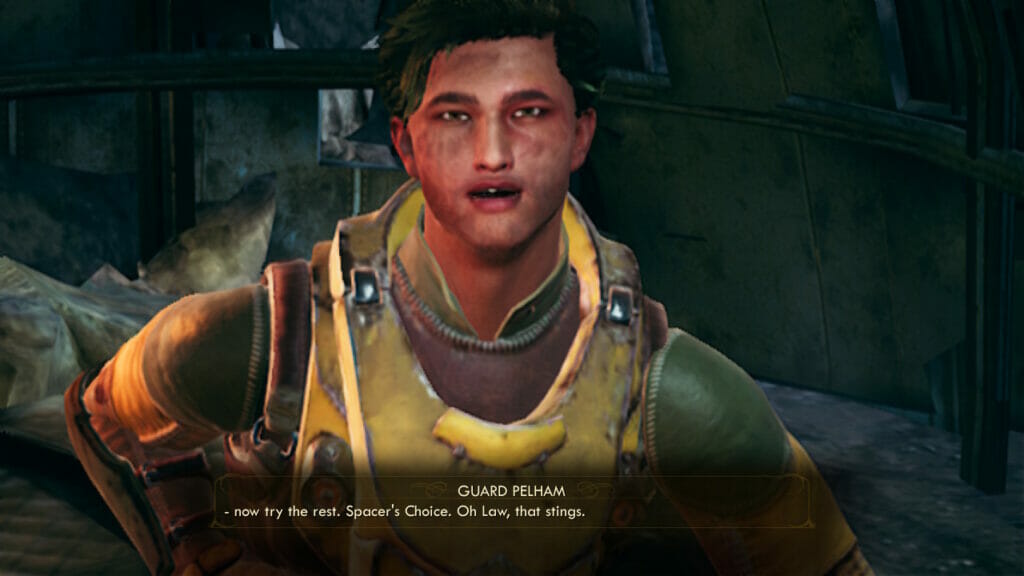 What am I looking at?

It is impossible to talk about the Switch version of The Outer Worlds without mentioning the visual downgrade. The game looks like every texture and element that can be seen has been replaced with the smallest possible version, and then put back into the game without anyone checking to see what they look like in practice. That’s a harsh criticism, but the difference between every other version of the game and the Nintendo Switch port is so drastic that I genially wonder how much testing was done when it came to visual elements.

One caveat to this issue is that the skyboxes still look fantastic.

Breaking things down a bit, everything much further than 50 yards away basically melts into the distance. It’s like trying to look through glasses that a toddler has been handling after eating fifteen jam sandwiches. Once things get a bit closer, you can tell what you’re looking at, but it’s still so far from pretty. It’s a real shame that this issue is so prevalent, because the looks of The Outer Worlds are one of its strongest points on all other platforms.

NPCs and creatures alike have also been affected by this colossal visual downgrade. Anyone not wearing a helmet looks like they’ve aged about 50 years across the board. This is a very odd thing to see, but it must have something to do with the texture changes. 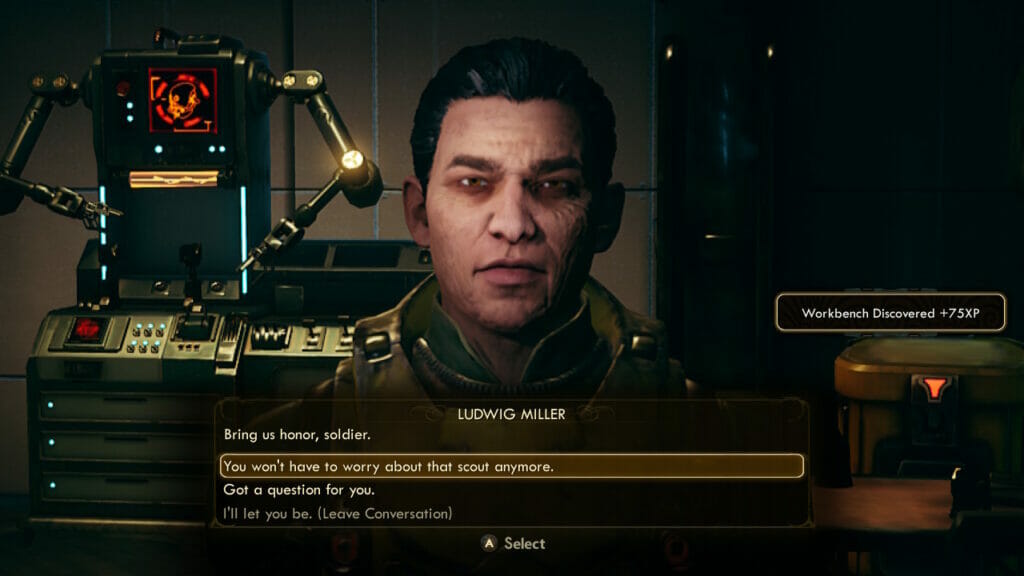 Push Through the Blur

However, if you can get past this massive visual drop, there’s still a fantastic game to be found here. The story is excellent, but it’s really the writing and characters that you’re playing this game for. Every character has a distinct personality, and you get to experience that through the plethora of side missions that you can take on throughout your time with the game.

The Switch version has a great set of scaling options for in-game subtitles and dialogue options too. These have been built with the smaller screen in mind, and allow you to read everything without squinting like you’re trying to see some Marmite in the dark. It’s refreshing to see a Switch port get this so right, because most others that I’ve played look as though the developers totally forgot about them.

Also unaffected by the Switch port is the game’s audio. You can hear everyone just as clearly as you can in other versions, and the epic music is no less grand for the game’s portability. 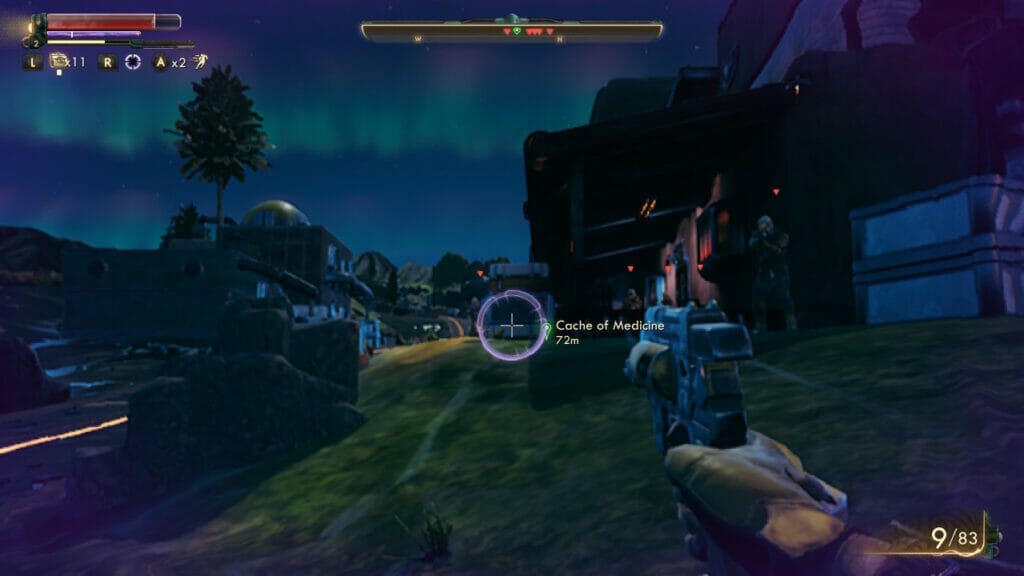 The Nintendo Switch port of The Outer Worlds brings out some of the console’s best features. Rumble is enabled as standard, and will see your Switch attempt to leap out of your hands with every shot or jump. This was a bit too much for me, but it’s very easy to turn off. You might think that this takes something away from the action, but it really doesn’t. Playing the game without rumble on makes everything feel a lot calmer, but when you’re sneaking around the tension is actually intensified.

The Switch port also includes motion control support. This is great, and feels fine as a mechanic, though I never get on with the Switch’s motion controls so didn’t play with them for long. I’m sure that anyone who enjoys this feature will love wandering around The Outer Worlds and shooting enemies by swishing their Switch around. If you don’t, this too can be turned off.

Overall, I’d say that virtuous did a great job of making The Outer Worlds into a game that will appeal to Switch fans, even though they had to sacrifice a lot to get it there. Hardcore Switch fans want rumble support and motion controls as standard, and those are both present here. Not only that, they work really well, and should keep you happy for days on end. 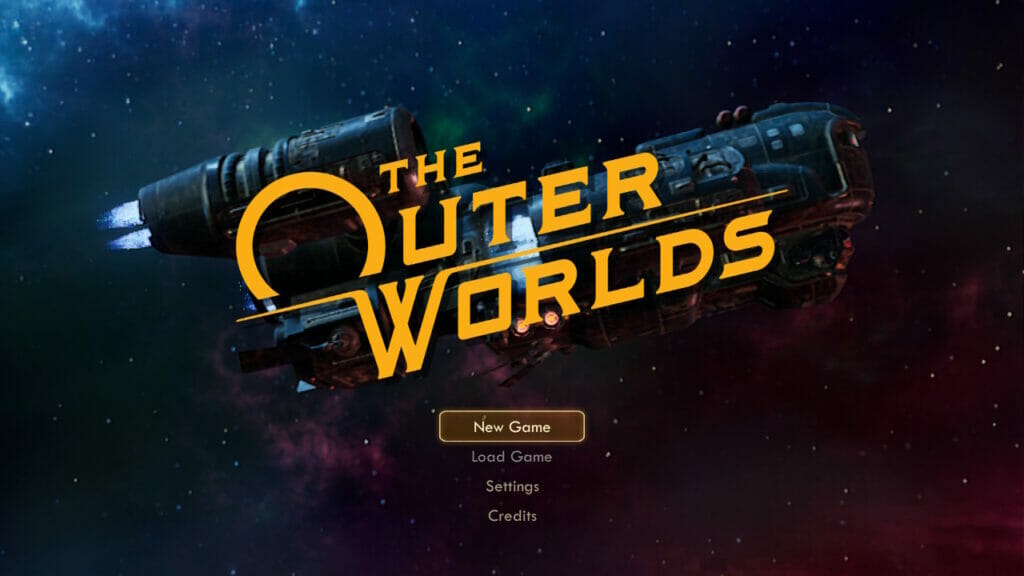 Don’t Judge This Game by its Cover

It would be very easy to read this review, and see the screenshots, and think that the game isn’t for you. Yes, the visual downgrade is massive, it can’t be overstated just how bad the game looks in some cases, but that isn’t what The Outer Worlds is all about.

Here you have a game from the creators of Fallout New Vegas, arguably the best modern Fallout game. The mechanics and features of that game, plus the ones that they couldn’t include, have been used here to make something very special.

The Outer Worlds isn’t just another open world RPG, it’s a genre-defining open world RPG. You’ll never find another game that offers this level of freedom and character customization based purely on your actions. It’s fun, quirky, and will definitely keep you laughing and intrigued for the majority of each playthrough. 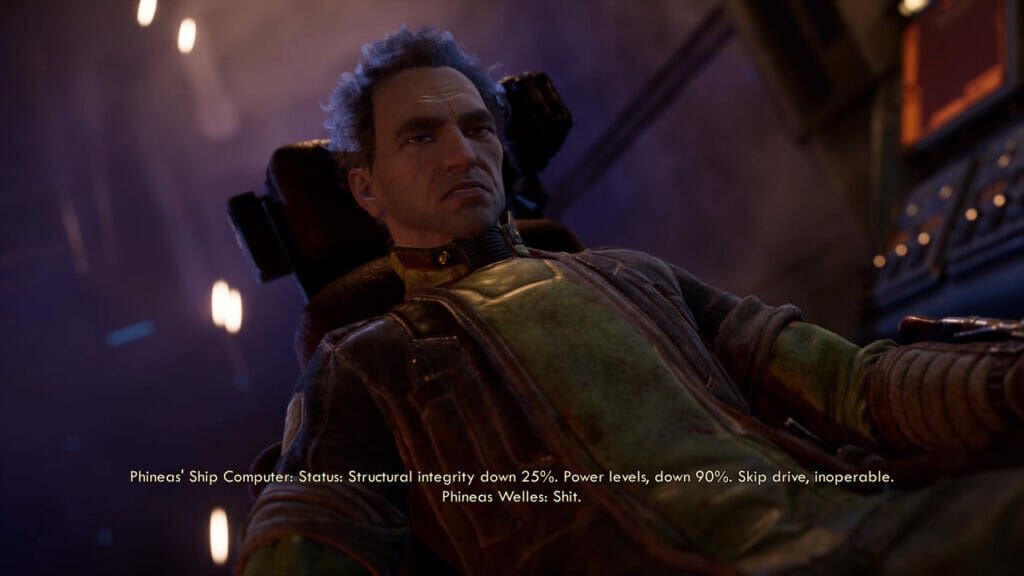 It’s hard to recommend that anyone purchase this game in its current state. I’m hoping for an update that boosts visual quality, like The Witcher 3: Wild Hunt got, soon. I would say that if the game is every part of a sale, or sees a discount, then it’s definitely worth picking up. There’s a lot of game on offer in such a tiny package here, and it’s hard to give you a reason to pass up on it. With that said, there are other versions that are much cheaper out there, and they’re worth getting if you’re looking to experience the game for the first time.

If all you have is a Switch, and you’re desperate to play The Outer Worlds, then get this game. Nintendo fans will easily be able to push through the issues, but casual gamers will struggle not to immediately return the game from whence they purchased it.

A review code for this game was provided by the publisher.

The Outer Worlds is a fantastic game, filled with dozens of hours of gameplay and some of the best writing you could ever hope for in a game. While this Switch port does a great job of bringing the essence of the game to the hybrid platform, as well as motion controls, it fails to deliver in the looks department, and it's a massive let down.