Top 6 Unique Indie Games of the Past Decade 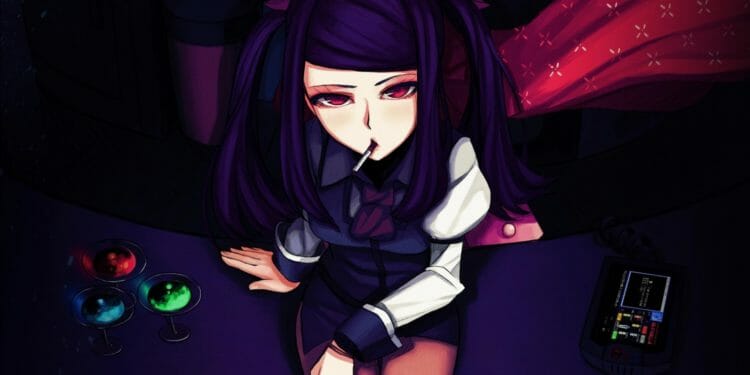 Seeing as how your feed is probably filled with best of the past year/decade videos and lists, you’ll also probably notice a lack of indie game appreciation among those lists. Or, at least not enough. This past decade was filled with incredible and unique indie titles that won’t break the bank.

So, I couldn’t help but make a list of my own honoring them. Though with so many unique and interesting indie games released this past decade, I thought it best to select the ones I’ve played and loved the most, so without further ado, let’s begin.

The first game on this list is one I’m sure most are well aware of and a powerhouse for indie gaming, Undertale. This retro-styled RPG follows a young child who fell into an underground world populated by monsters. The player’s ability to choose how to deal with situations violently or peacefully is a primary mechanic of the game.

Undertale is an excellent example of why indie games are so amazing. You can tell the amount of work, passion, and love for this project by Toby Fox. Solely doing most of what we love about this game. From the fantastic and relaxing soundtrack, incredible writing, to gameplay that fits the aesthetic of the game. Undertale is an amazing game and truly deserves its position as one of the best if not the best indie game of the past decade. 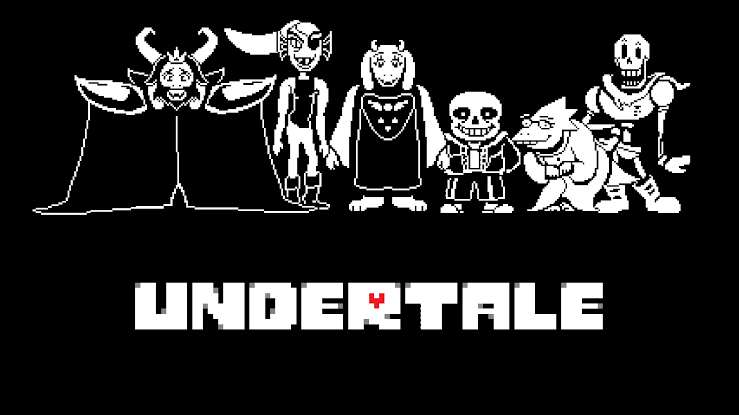 I’m quite a fan of PlayDead, especially after their previous installment, Limbo. They return in this follow up with a similar style, Inside. You are a young boy seemingly lost and alone in a dark, dreary world on the run from a variety of creatures and pursuers.

The main draw of Inside is its sense of solitude and mystery. You know of nothing from the start other than to keep moving forward. It’s up to you to evade enemies, solve puzzles, and think of your next way to progress. The narrative aspects of the game are both direct and confusing at the same time.

But once you start, you never want to stop to see what is going on and where the story leads until you begin to see the pieces fit bit by bit. Inside is a game I beat in one sitting, and so can you. 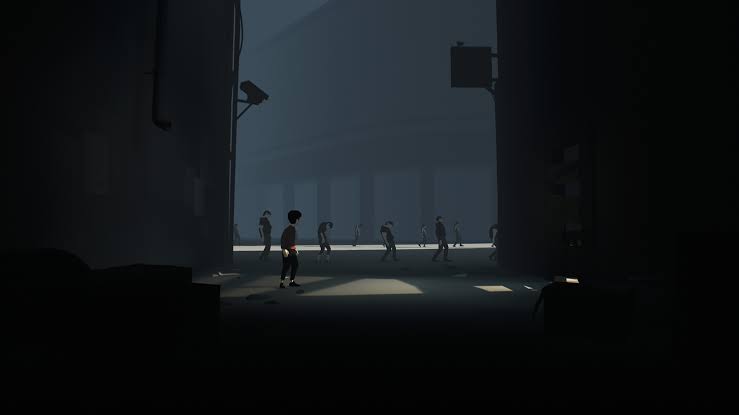 A significant aspect of gaming as a medium is how a story can be told. Even stories that involve the struggles of being a human. Hellblade: Senua’s Sacrifice is the story of Senua and her struggles with mental illness. Her story is wonderfully well done.

You follow Senua and her journey to bring back her loved one from the dead, literally facing her demons along the way. The combat, though simplistic, is fluid. The story is engaging, and environmental art and animations are fitting.

In Senua’s Sacrifice, you feel all the emotions she does and empathize with her pain and mental suffering. The game further increases its immersion with the tense atmosphere, environment, and sound design. Senua’s Sacrifice truly redefines what an indie game can be, and I cant wait to see how well its follow up on the next-gen console will be. 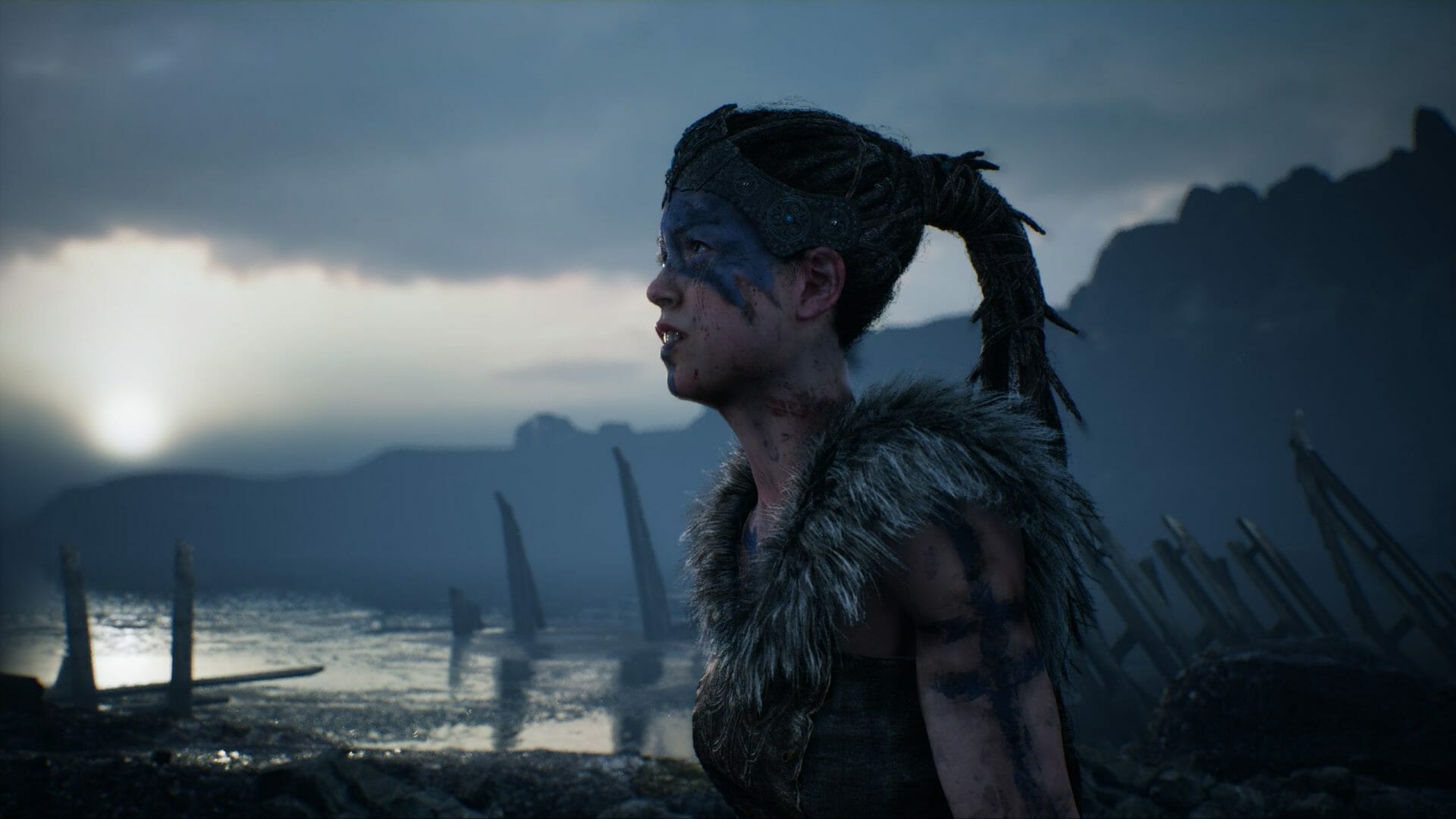 Hollow Knight is a fantastic Metroidvania game Souls fans can appreciate. It won multiple awards since its 2017 release with its quality animations, challenging yet rewarding gameplay, and especially its incredible world design and lore. It’s no surprise hollow knight is still regarded as one of the best indie titles to date.

Each session with Hollow Knight left me wanting more, resulting in many late nights clearing out dungeons and defeating a variety of insectoid bosses. And with many DLCs available since its initial release, no doubt there are many more to come. 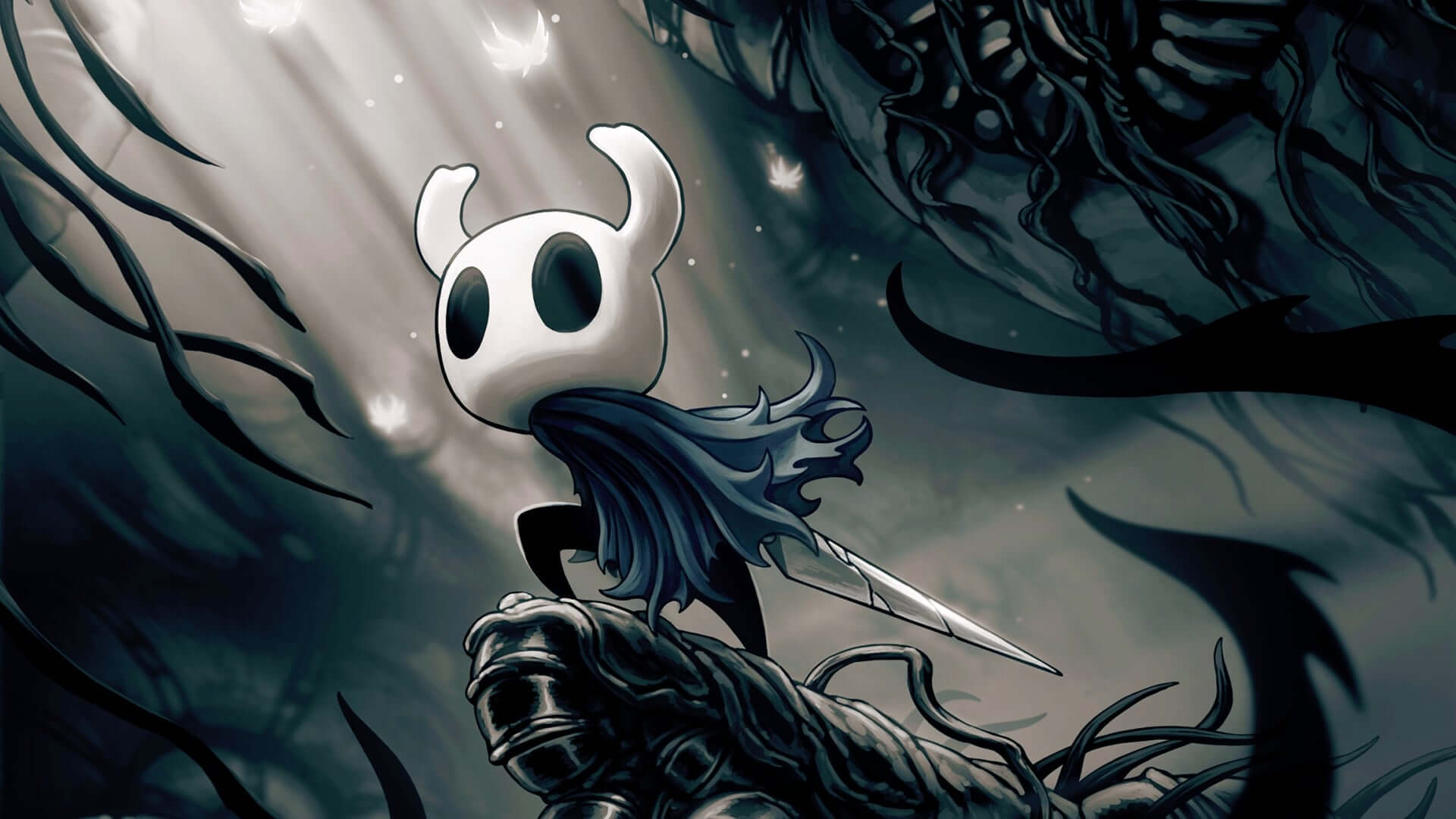 2. What Remains of Edith Finch

What Remains of Edith Finch is by far one of my favorites, as well as a multiple award-winning indie game. The story follows Edith Finch as she returns to the expansive Finch house after years away to figure out why she’s the last one of her family left.

She uncovers the unfortunate events that occurred to each member of the Finch family. You are plunged into the minds of each Finch member at their worst moment, told beautifully and uniquely each way. Edith’s journey is sad, wonderfully immersive, and beautiful, both visually and emotionally. The game is not afraid to touch various dark places, and it’s all the better for it. If you haven’t already, play it. 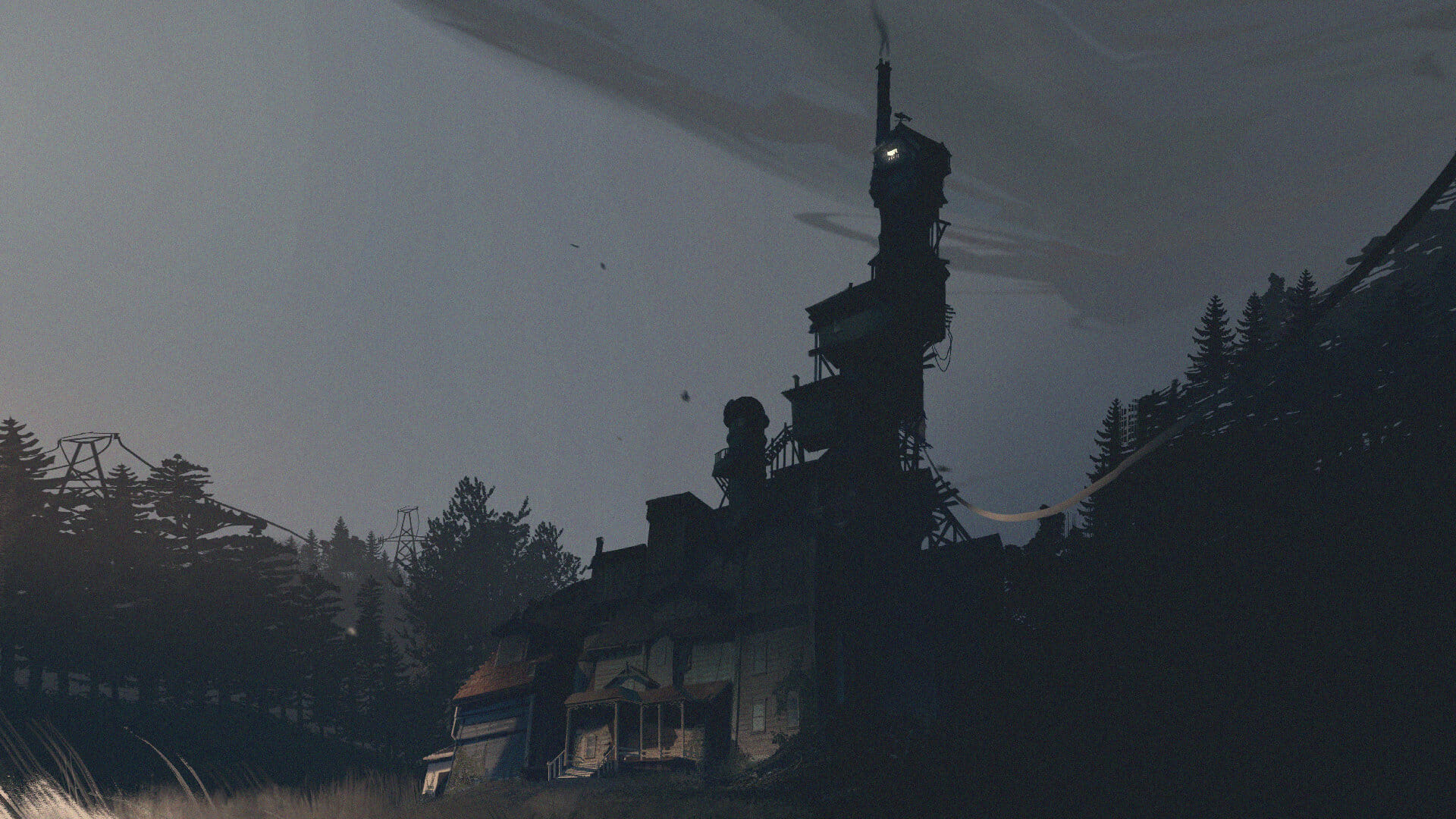 I saved the best for last. VA-11 HALL-A: Cyberpunk Bartender Action (or simply Valhalla), is a bartending simulator with retro style cyberpunk aesthetic and a post dystopian setting. You play as Jill, a new bartender at VA-11 HALL-A and day to day with her customers. Each of them being a unique and well fleshed out set of characters. The dialogue between these characters and Jill is both entertaining and hilarious.

Though the gameplay is not the strong point of the game, it still does its job well in making you feel like a true mixologist that near the end. You become quite versed in the art that it becomes a mere hindrance to its fantastic plot.

You mix drinks, converse with customers, and try to make enough money to pay your rent by the end of the month. How well you serve the customers is a factor in how much money you get at the end of the day through bonuses.

Besides the obvious need not to be homeless we all share; players also have the choice to spend their money on a variety of vanity items for Jill and her room. VA-11 HALL-A is by far my favorite indie game of all time and one I can’t recommend enough. So give it a shot. I assure you, you won’t regret it. 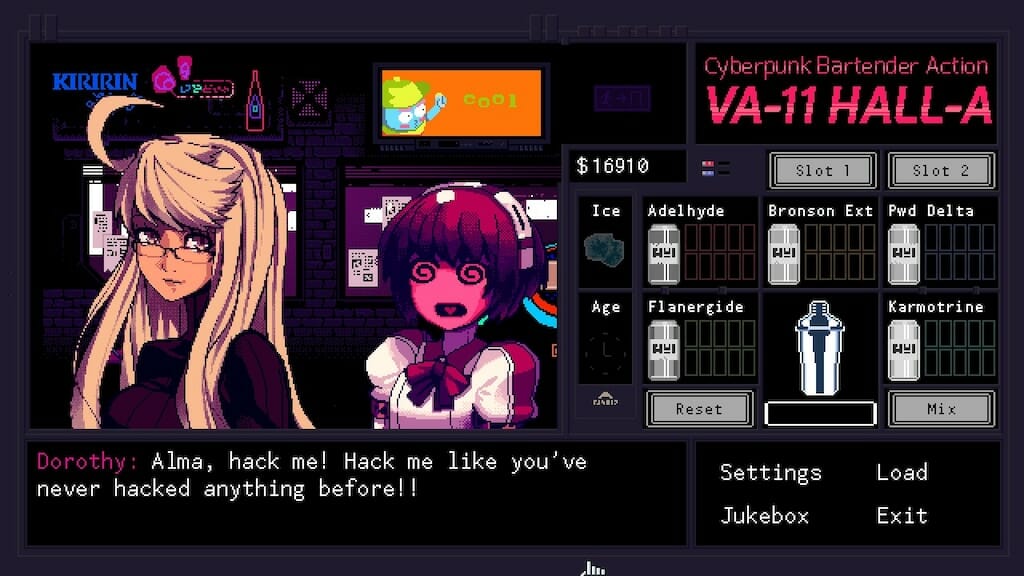 These are just some of the best of the many unique indie titles out there including the honorable mentions such as Celeste and her journey through a beautifully designed pixelated world; Katana Zero, and its intense one-hit-kill samurai action gameplay; River City Girls‘s violent but brilliant co-operative beat em up style; Cuphead and its beautifully animated tough yet satisfying gameplay; the wonderfully pleasing atmospheric design in Journey; and of course, the drifter’s quest through an 8 bit desolate yet colorful world in Hyperlight Drifter.

This past decade has been very kind to the Indie gaming platform lets hope we see many more brilliant titles in the decade ahead.

Do you agree with this list? What are your favorite indie games? Let us know in the comments below.