You can trust him... (Also, new weapon for Rinoa and Sephiroth) 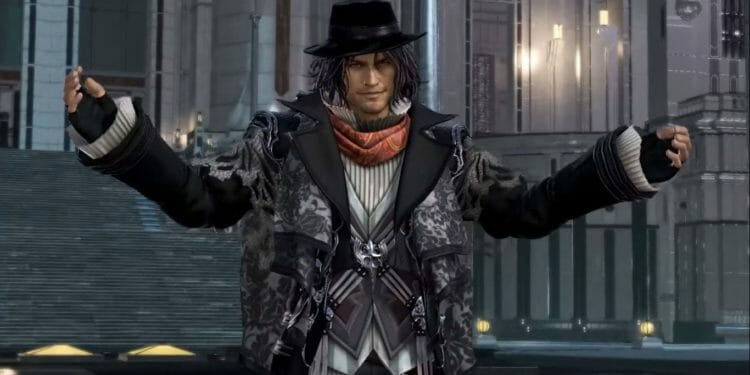 Well, the Dissidia tournament was quite interesting to watch. However, it seems like the leak prediction was off as Ardyn Izunia ended up joining the Dissidia roster as DLC. Yes, that means that Zack Fair and Vivi remain unnanounced. However, we might still see the characters from FFIX and FFVII in the future.

So yeah, let’s get down to business. Ardyn was announced yesterday. He will join the roster of Dissidia NT as a downloadable add-on character on January 9, 2020. The arcade version of Dissidia Final Fantasy will add the new character first in its December 24 update. So, those lucky fellas’ will have the chance to play as him before we get the chance to do so on PS4 and PC.

Ardyn is the main antagonist in Final Fantasy XV. He has been giving trouble to Noctis and his party. He also has the ability to use the Royal Arms much like Noctis because he bears the Power of Kings.  If you wish to get acquianted with this character and his abilities, you should check out his trailer.

Here’s a more extensive look at his abilities. From his standard abilities to the Royal Arms mechanics!

Some Extra Goodies are Coming to Disssidia NT

The fight continues in Dissidia NT. Square Enix announced 3rd Form and 5th Weapon additions for Rinoa Heartilly and Sephiroth. Rinoa’s 3rd Form is called “Wings that Sing Love” and her 5th Weapon is “Seraphim Heart”. If you wish, check them out with the following trailer:

Sephiroth’s 3rd Form is called “Safer-Sephiroth” and his 5th Weapon is “Life Fragment”. Here’s his trailer:

What do you think about Ardyn’s appearance in Dissidia NT? Are you going to try the character out when he drops in January? How about those Alternate forms and 5th Weapons? Let us know your thoughts in the comments section below. Do you want to watch the tournament? Check out this reupload by Trueblade Seeker. (Part 1/Part 2)