The BagoGames Staff names their picks for GOTY 2019 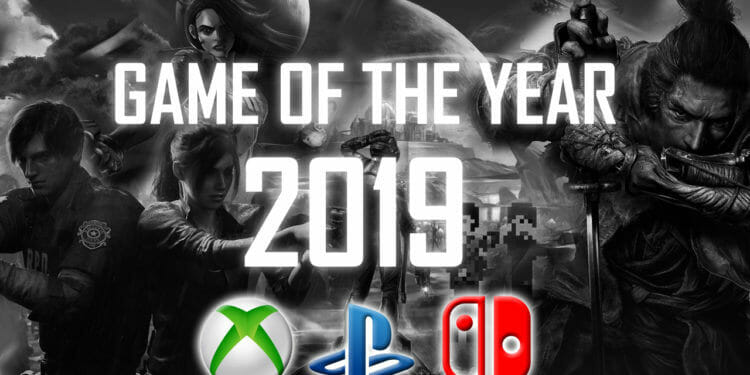 It’s that time of the year. To celebrate the best 2019 had to offer. It was a fairly good year and a lot of great titles were released. So here at BagoGames we all would like to share with you what we thought the Game Of The Year of 2019 is. So without further ado, let’s get started.

GAME OF THE YEAR: RESIDENT EVIL 2

The series that brought me back into gaming after I left it in the Super Nintendo Era was the Resident Evil series. I enjoyed the first one on my PS1 but the one that Dad watched me play the most was Resident Evil 2. It was hard to believe that Capcom pulled off such a great remake, makes me wish Dad could have seen me play through it one last time.

The atmosphere, the music, the fan service, the controls and the tweaking to the story all made this game my GOTY. Even ten months later I’m doing my Hardcore runs and it doesn’t feel old or stale like other games I’ve already beaten this year. Hats off to Capcom for bringing Claire and Leon back, I can’t wait until Jill hits our screens again.

The developers at From Software are known for making tough as nails yet incredible games that no other studio can replicate. This shows yet again to be the case in Sekiro. The sheer amount of frustration, determination, and wonder returns in Sekiro.

Featuring a feudal Japan setting, new fast-paced amazing combat mechanics with a learning curve that keeps you on your toes, unique and challenging enemy types and bosses, including gameplay, which does an excellent job in making you feel like a ninja.

Amidst the differences, the first thing to stand out from other FromSoft games is the existence of a linear and cohesive story that everyone can follow. You are the wolf a bodyguard to the divine heir with your sole purpose being to protect him from those who seek him for his royal blood (without spoiling much).

Despite the differences, you’ll never forget that you are playing a FromSoft game with similar mechanics to its predecessors. Dying, cursing, crying, success, elation, repeat.

Sekiro does an excellent job of providing fans of the SoulsBorne series precisely what they want but with a fresh new take, and I wouldn’t want it any other way. Frankly not making this game of the year would be an injustice.

GAME OF THE YEAR: DON’T ESCAPE: 4 DAYS IN THE WASTELAND

Before this game came around, it was a humble Flash Game series that was highly regarded. Nowadays, this game has become a staple in the indie scene and an inspiration for many people due to its themes.

The game is not only a return to form for the point and click genre; it also offers an unforgettable experience with an amazing narrative. With puzzles that change with each playthrough, alongside several hours of entertainment and a gripping narrative that pushes the boundaries of parallel universes as we know them; The game deserves all the praise and attention it could get.

This is a great way to close down the Don’t Escape series. The game ends with a bang and allows the developer to move onto other ventures without an issue. That is without mentioning the Pixel Art style that throws people back to PC games like this that were limited back in the day.

Ironically, this game pulls its own weight against several AAA releases. Not only does this game make for an excellent Swan Song for Flash Games of old; It twists the “Escape the Room” type of game to become its own thing. For these accolades, and more, this is my pick for Game of the Year.

GAME OF THE YEAR: THE OUTER WORLDS

The Outer Worlds didn’t initially ‘wow’ me when I first saw the game trailer for it. I decided to give it a shot primarily because of how accessible it was on Game Pass.

After playing it almost non-stop across a few days, it was clear I found the best game of the year. The rich interactive story, memorable characters, vibrant beautiful environments, and solid engaging combat all contributed to something exceptional.

Obsidian built a game that embraced all of the best parts of classic player-driven RPGs and raised the bar on what games like this should be.

GAME OF THE YEAR: BLASPHEMOUS

While I loved Resident Evil 2, Control, and Devil May Cry 5, I found myself enticed and immensely captivated by one Metroidvania game this year. While it appears just another pixel art adventure game, Blasphemous manages to bring together an allotment of ideas and execute them so well.

The art style is absolutely beautiful with great environmental detail amounting to a breath-taking world. Taking the formula Dark Souls founded and adapting it for a whole new environment with complex puzzles, a great variation of enemies, environments, and bosses with the best understanding of risk, punishment, and reward.

Highly recommended for any Souls and Metroidvania fans and the best game of 2019.

GAME OF THE YEAR: ION FURY

2019 was a pretty good year for me, but one game stood out as the one I was anticipating the most. Ion Maiden, now known as Ion Fury.

After having played the Early Access preview version since 2018, the full game finally released on August 15th, after having its name changed due to a legal battle. And it didn’t disappoint in the slightest.

I grew up on classic PC shooters. So when I heard 3D Realms were making a brand new game in the same engine they had been using in the ’90s, that was it for me. I knew Ion Fury was THE game for me.

It even got to the point I bought BOTH boxed versions of it. And I also made my own remixes of the soundtrack. So to say I am a fan of the game would be an understatement. It’s definitely the game I will remember the most from 2019, and therefore my pick for Game Of The Year 2019.

What was YOUR game of the year in 2019? Do you agree with our list? Please leave a comment below and let us know!

Which is the best payment solution for online gaming?