A hug in a mug

A cafe (and not the over-commercialized Starbucks, a proper cafe) is a place where you go to relax, enjoy some sweetness (or bitterness if you’d prefer), and just take in the moment before continuing the hustle and bustle of daily life.

Now, set the same scene, but in a rainy Seattle night, add some mythical monsters in an alternate world, and you’ve got yourself the premise of Coffee Talk. As the name suggests, it’s a game about you, the barista and owner of the said cafe, making coffee to your humble customers as they talk about some common issues between one another. Want to step in and have a drink? Here’s our Coffee Talk Review. 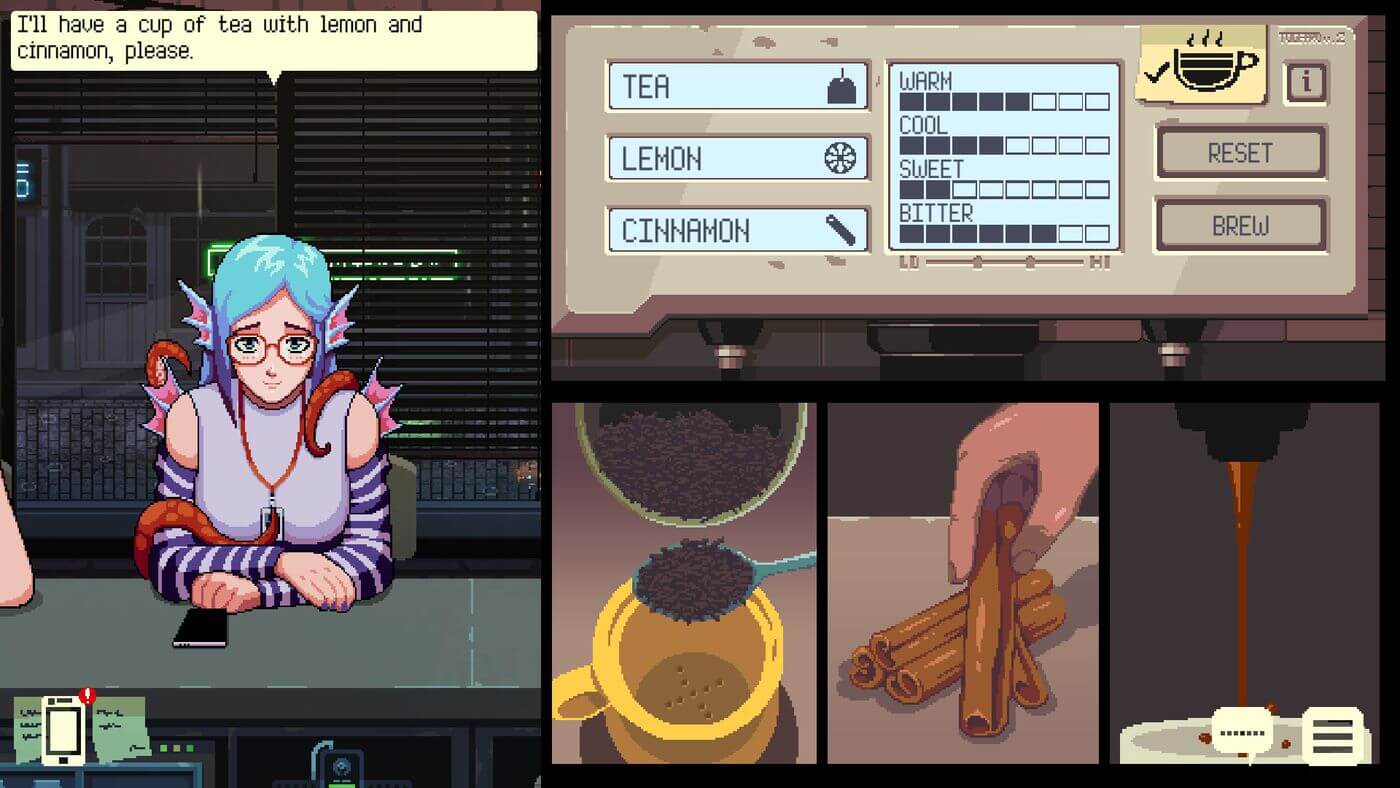 The premise is quite interesting as, for some reason, the involvement of monsters and mythical creatures adds to the uniqueness of Coffee Talk. The story tries to portray problems a lot of us can relate to (including such issues as workaholism, depression, dealing with a relationship, etc.) but with an added perspective of being a monster and having related problems as well. It’s presentation though simplistic, and not long enough to accurately portray the issues it sets forth, is done well enough to be noticeable at the very least.

We have the characters; the stars of the show if you will. As an onlooker, you listen to each of their stories with struggles and how they deal with them. Including Freya, my favorite of the bunch, a writer struggling to keep up with work and her own writing aspirations; Baileys and Lua, a succubus and elf couple struggling to figure out their interracial relationship, and the challenges it comes with; Jorji is a chill dad cop who’s always willing to help; Gala, a werewolf who visits the cafe to chill out and deal with his “frenzy”, and more.

As a visual novel based game, you’ll mainly be watching these characters to see how their story unfolds.

Besides the drama department, Coffee Talk has a unique aesthetic with modern influences. The story is all told with a text-based visual novel style, with pixel art visuals. The rainy Seattle night, as the rainfall hits the window with silhouettes passing by coupled with the music, which is all Lo-fi beats and tunes (which I greatly appreciated) all gives this comfortable, cozy vibe.

The UI is simple yet does a great job of supporting the aesthetic. At the center of it all is your smartphone. With this handy device, you can check out the world’s version of a social network and find details on each character that updates the more you learn about them.

The camerawork and animation are rather interesting, especially in moments where characters are in a heated argument or conversation. The frame changes and animation focus on the two characters to show the intensity of the scene. 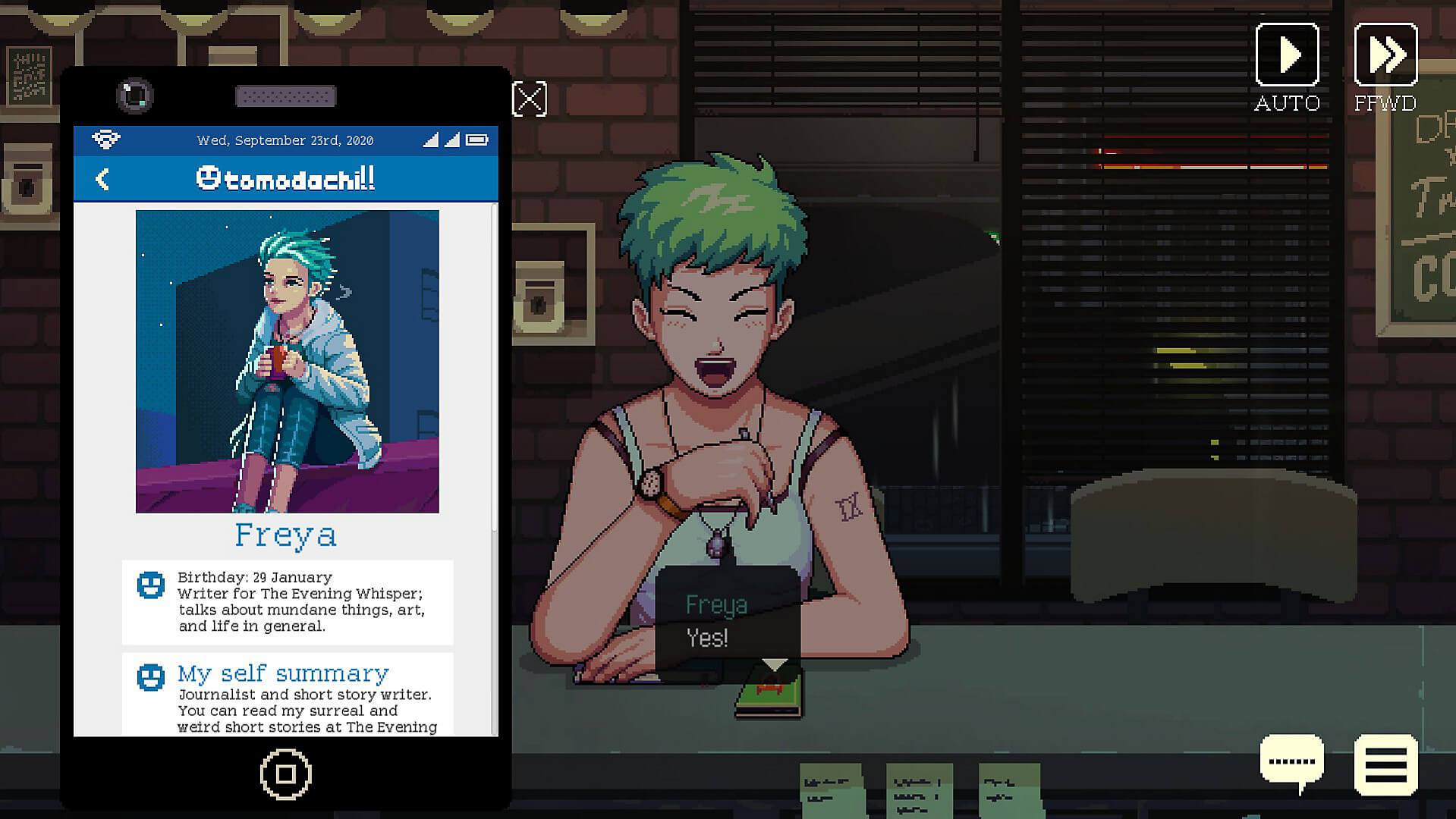 Gameplay-wise, it’s as complicated as you’d expect coffee making to be. Some characters will be direct in what they want and can even tell you how to make it. Others will be vague and expect you to figure it out.

You could always check the recipe list, but most times, you’ll have to figure it out on your own with a specific needed combination of ingredients. If you botch the mixture, it’ll turn out to be a different drink entirely, which I always found odd.

You’ll eventually start to get into the flow of things, pick up some recipes, and even memorize some drinks. The penalty for failure isn’t much just a slightly disappointed customer though it’ll be pretty hard to screw up when you know the basics.

Once you finish Coffee Talk’s admittedly short story, you’ll unlock the other game modes such as the “Free Brew” mode; a mode which allows you experiment with each ingredient to make more drinks, which in turn unlocks all drinks on the menu. Also available is the “Challenge Mode”. As the name suggests, it is basically the only challenging thing about this game.

The mode will task you in making an endless amount of drinks against a certain time limit. With each successful drink made buying you more time. These modes will be where achievement and trophy hunters thrive. Besides these modes, you’ll also have access to concept art, ending portraits, and more beautiful pixel art the game includes. 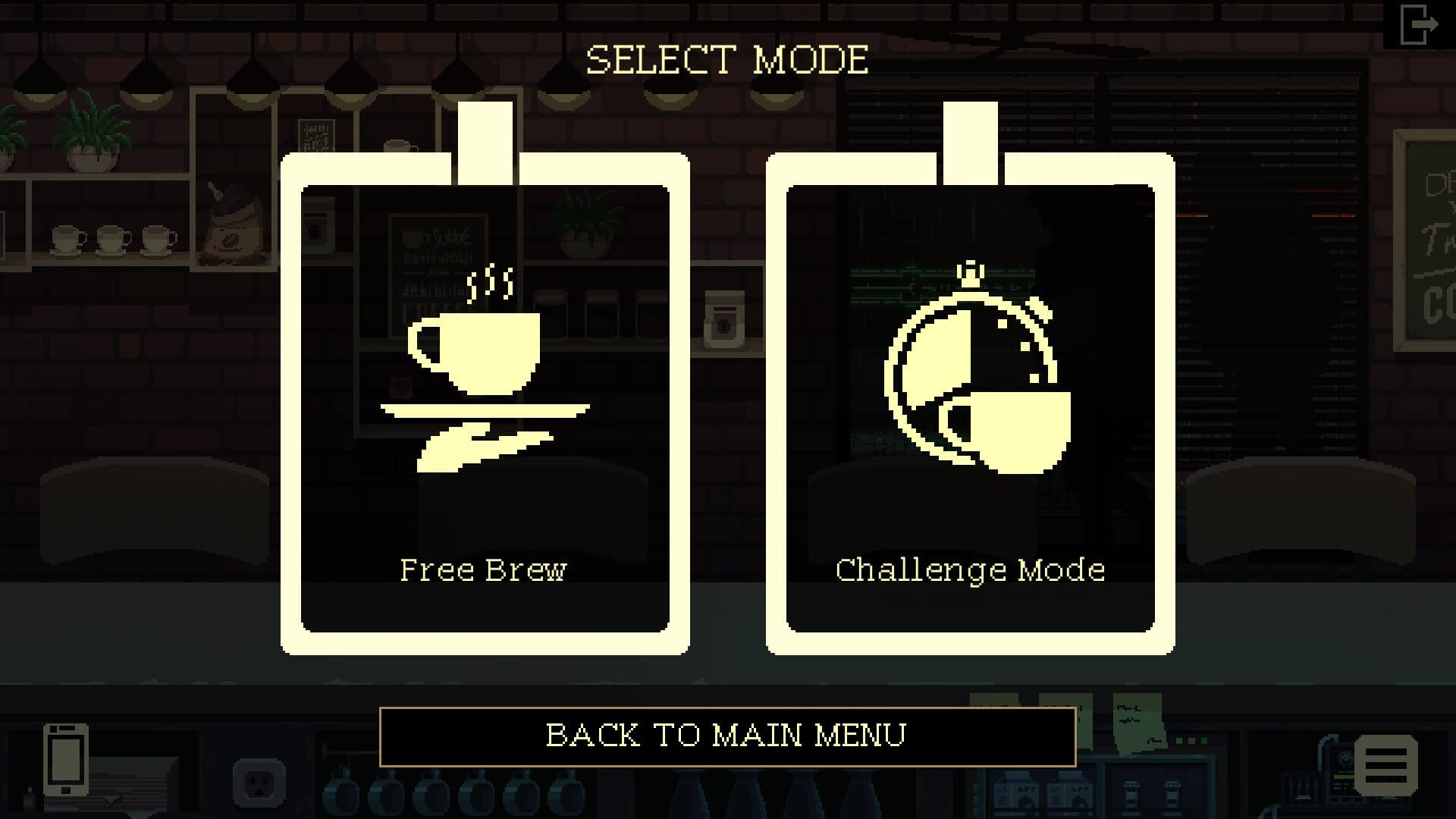 Once you beat the game, you’ll also get the chance to get a different, more complete ending, you’ll have to replay certain aspects of the game. I won’t spoil much, but it’s advised if you want to get more out of the game.

Toge production’s Coffee Talk is a game that doesn’t outstay it’s welcome as a three-hour experience. Fans of VA-11 Hall-A, such as myself, will find themselves attracted to this game. Though not an in-depth or challenging experience, it’s fantastic pixel art, cozy aesthetic and intriguing characters make it worthy to at least tryout.

Do you frequent Cafes? Have you played this game or are you interested in it? What do you think about our Coffee Talk review? Let us know in the comments section below.

Toge production's Coffee Talk is a game that doesn't outstay it's welcome as a three-hour experience. Fans of VA-11 Hall-A, such as myself, will find themselves attracted to this game. Though not an in-depth or challenging experience, it's fantastic pixel art, cozy aesthetic and intriguing characters make it worthy to at least tryout.