For sure, many of you will already know Control. This is the latest title developed by Remedy Entertainment and published by 505 Games. When it was first released in 2019, the game enjoyed great acclaim from both critics and gamers. The game even earned a nomination for a Game of the Year award in 2019’s The Game Awards. Now, almost a year and a half later, Remedy’s masterpiece is back with a great re-edition dedicated to the new next-gen consoles. I will tell you in detail about the additions and technical improvements made to the game. Here is my Control Ultimate Edition review on PlayStation 5.

The game’s story begins with Jesse Faden. She is a seemingly normal girl who enters a regular government building. In the world of Control, however, appearances very often deceive. In fact, what looked like an ordinary girl turns out to be actually one of the only survivors following a catastrophic supernatural event. While what looked like a New York building like many others turns out to be the Oldest House. This is a mysterious extra-dimensional structure home to the Federal Bureau of Control.

The FBC is a government organization in Remedy Entertainment’s title, dedicated to the investigation of various supernatural phenomena. Jesse entered this building to search for her brother Dylan. He disappeared following the aforementioned incident, but unfortunately, the timing was not the best. In fact, upon entering, Jesse will find the entire structure in quarantine because of the invasion of the Hiss. This is a supernatural entity that is trying to take control of all the members of the Bureau.

With the building in chaos and most of the FBC members turned into hostile creatures, it will force Jesse against her will to become the new director of the FBC. This new position of power will allow her to investigate the organization’s many secrets and her brother’s fate. She must also look for a way to stop the advance of the Hiss.

As she progresses in her missions, Jesse can shed light on the events that have marked her past and which have led to the current situation of the FBC. The constant sense of mystery that surrounds the structure and its inhabitants will play a crucial role in the Control experience. This prompts players to want to investigate more and more! 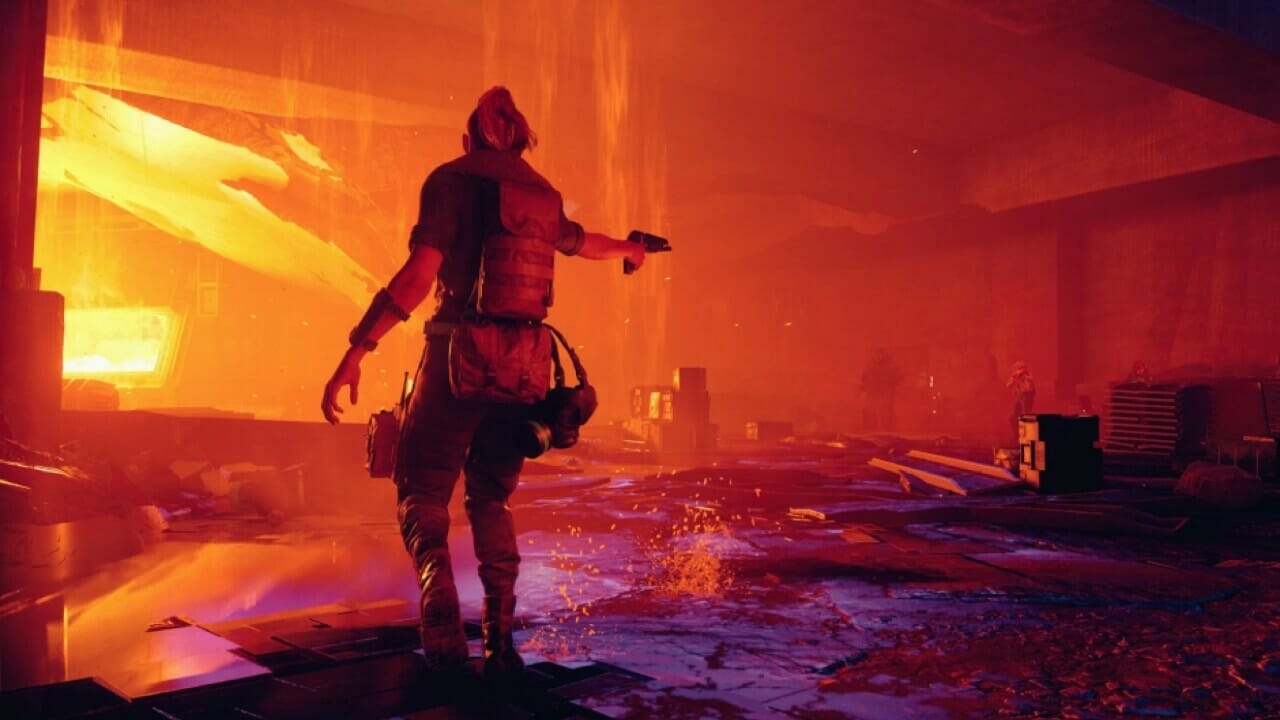 Shortly after her entry into the Oldest House, Jesse will receive the title of director and along with it will also get a particular gun. This weapon is actually an object of power. Its primary purpose is to support you in the fight against the Hiss. Although it may seem like a common gun, this tool can change shape according to the will of its owner. Jesse can therefore transform it into many weapons suitable for different situations.

For example, among the forms available there is a sort of shotgun, a precision laser, and even an adhesive grenade launcher. Another peculiarity of the weapon is you not having to reload it. In fact, the ammunition will regenerate automatically after a short time without firing. This function is partly helpful since you never risk running out of bullets. However, it could leave you uncovered in case of mismanagement of shots.

But the director’s gun won’t be the only thing that can help Jesse in her fight against the Hiss. In fact, during the adventure, your protagonist can absorb the power of some altered objects to gain powerful supernatural abilities. The telekinesis and levitation are just some powers that Jesse can exploit during clashes with the Hiss. When you use the gun with Jesse’s powers wisely, it will give you an upper hand during the most heated battles.

Take note that Remedy Entertainment’s Control offers very difficult and frenetic clashes. To stay alive in this game, you need to constantly move around while trying to never run out of resources. Basically, all of this makes fighting a lot of fun, but over time it will end up getting monotonous. This happens mainly because of the lack of a variety of situations and, above all, of enemies and bosses. You will notice that this repeats cyclically throughout the game. 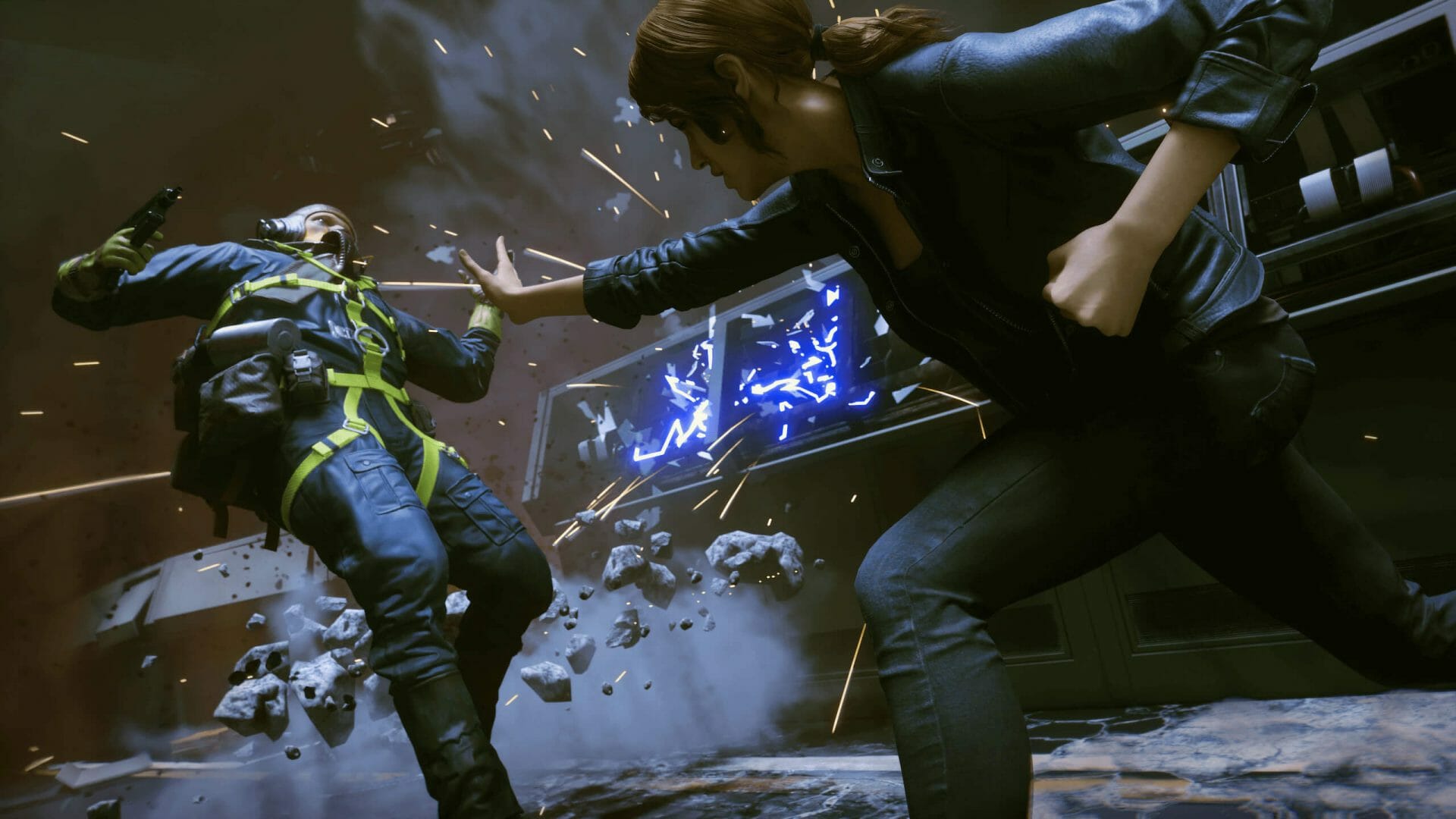 I have already told you about the many mysteries present in Control, but one of the largest and most fascinating is certainly the Oldest House. From the outside, this structure appears to be an ordinary New York brutalist skyscraper. However, its interiors are bizarre, to say the least. In the Oldest House, you can find government offices, open-pit mines, huge research labs, caves full of mold, and many other mysterious places.

Take note that the entire structure is extremely changeable. Because of the influence of the Hiss, many areas have become hostile and distorted. Exploring such a strange and convoluted environment isn’t easy at all. Luckily there are several tools that can help Jesse. First of all, the map. This is essential to give a minimum of meaning to the crazy plan of the structure. Another very important element, however, is the control points.

These checkpoints in Remedy Entertainment’s title will serve to direct the protagonist in the right direction while offering several useful functions throughout the adventure. For example, through these places, it is possible to teleport to locations already visited. Many areas of the Oldest House are not immediately reachable, and to access them Jesse must first get the right key or power.

Having to return to places already visited within such an intricate structure can be frustrating. However, in reality, I strongly encourage you to explore thanks to the abundant presence of secrets, secondary missions, and fascinating places. Any street in the Oldest House could hide fascinating altered items, interesting NPCs, or very useful rare mods. In addition, thanks to the abundance of control points, moving from one part of the structure to another will always be quick. Let’s now move on to the most important point, especially related to the improvements for PlayStation 5: Control Ultimate Edition. This version of the game has several additions on various platforms. Take note that you will find all the DLCs released so far. However, on PlayStation 5 it really offers many advantages. Like so many next-gen titles, Control has two modes to choose from: performance and graphics.

The first allows the game to reach 60 fps, while the second instead maintains 30 fps while offering the addition of Ray Tracing. On the one hand, the performance mode allows you to have more fluid and pleasant fights, on the other the real-time reflections can really embellish every area of ​​the game. Fortunately, through the options, it is possible to switch from one to the other at any time without having to go back to the main menu.

Besides offering improved performance, Control Ultimate Edition is also one of the few third-party titles that can take advantage of the features of DualSense really well. The adaptive triggers offer sensations and resistance very different depending on the configuration of your gun. This definitely makes the shootings even more fun. In addition, the title also implements haptic feedback really pleasantly, thus allowing you to feel the sensation of Jesse’s footsteps without being too distracted.

Something I noticed is that Remedy Entertainment did not exploit the SSD to its fullest. In general, the game loads are not slow, but their duration is quite inconsistent. In case of teleportation between nearby places, the waiting time will be almost nil, while to reach large distant areas the loading times can reach 30 seconds. 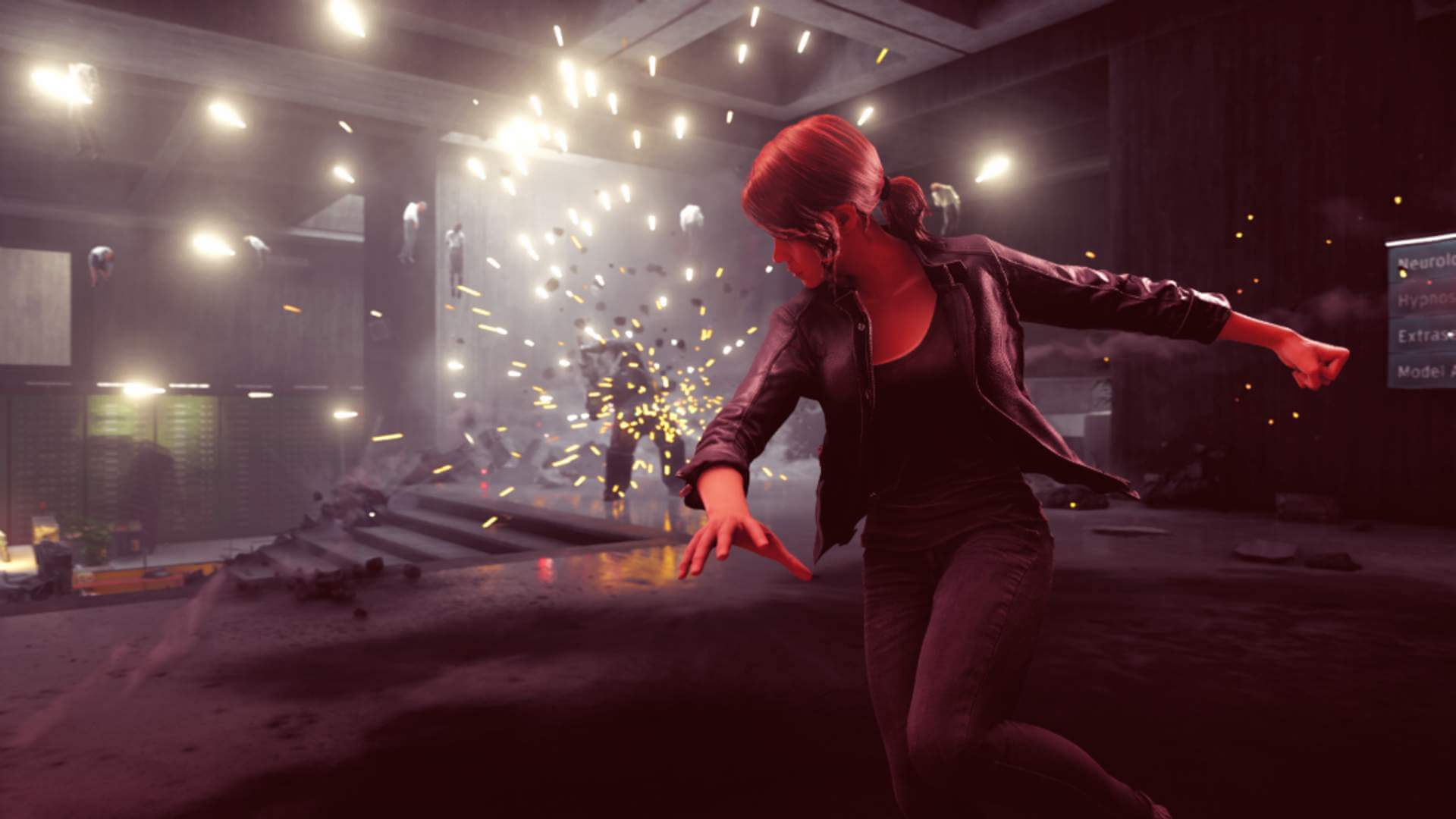 Do you want to try Remedy Entertainment’s Control Ultimate Edition? What do you think of my Control Ultimate Edition review on PlayStation 5? Please leave your thoughts in the comments below. Are you interested in more games? Check out our reviews for Little Nightmares 2, Sword of the Necromancer, Luciform, Project Starship X, The Pedestrian, and Hitman 3.

The value of Remedy Entertainment's title has increased thanks to this reissue. Being able to relive the typical experience of Control on consoles but with the pleasure of 60 fps or the beauty of Ray Tracing is priceless. You will feel even more immersed in the role of Jesse during her mysterious adventures!