Cinematic horror at its peak. It's time to wake up from those nightmares!

After the great success of Little Nightmares, the devs from Tarsier Studios return with a bang after 3 years. Little Nightmares 2, much to the delight of fans, is finally available cross-platform. Including the numerous goodies and innovations, this new terrifying adventure takes full advantage of previous experiences and improved significantly. Here is my Little Nightmares 2 review on PC.

WHAT IS LITTLE NIGHTMARES?

Before going into the details, a small premise both for those who know Little Nightmares and for those who don’t, is due. Little Nightmares is an indie franchise developed by Swedish software house Tarsier Studios and distributed by Bandai Namco Entertainment. Critics rated the first chapter of the series, released in 2017, decidedly positive. Overall the game was a breath of fresh air in the horror video game landscape.

Take note that Little Nightmares has garnered hundreds of thousands of fans in a very short time. The game has a simple but compelling story, as well as the puzzles that make up the game. Little Nightmares has earned a respectable place both in the indie scene and in the video game horror catalog. The very simple structure of the game is that of a classic 2D platformer. Here you have to solve puzzles and overcome small stealth sections to progress in the adventure.

This structure is also implemented in Little Nightmares 2. However, there are some additions and changes that I will talk about later. What really makes the difference in Little Nightmares, and what sets it apart from classic platformers, is its art and narrative direction. From the very first minutes, you will find yourself immersed in a horror context that takes full advantage of the tradition of the genre. 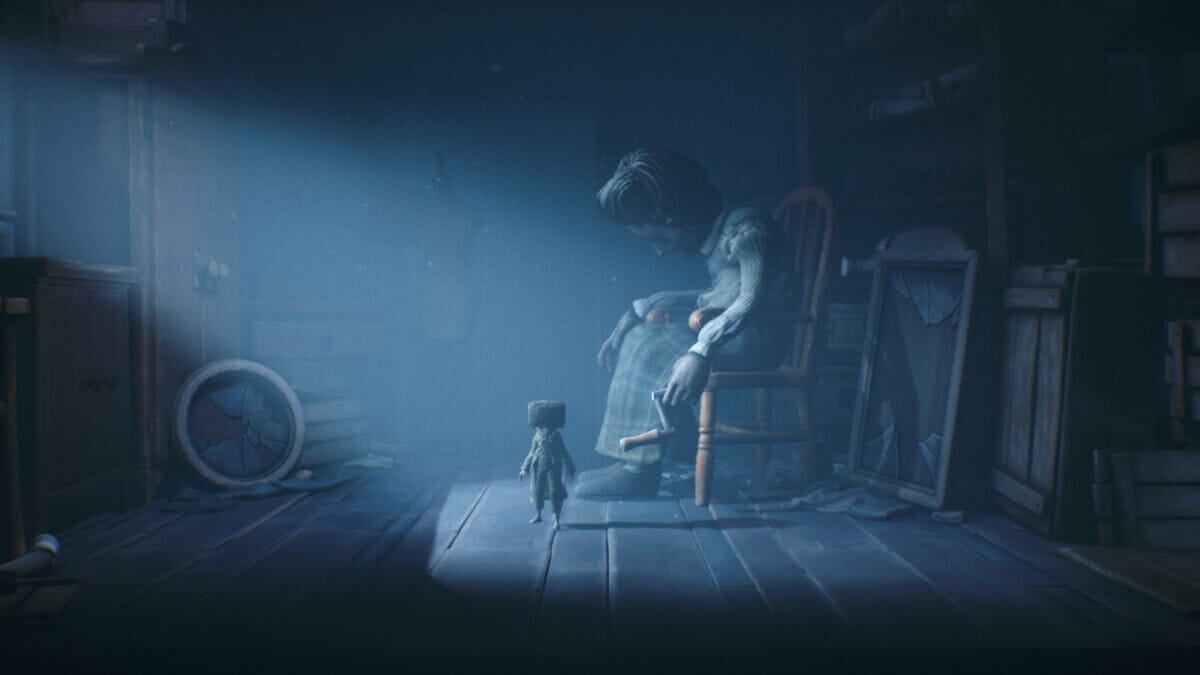 Let me start by specifying that Little Nightmares 2 is a completely new adventure, although the style of the game remains almost unchanged. In this second chapter you will find a whole new protagonist: Mono. To accompany Mono, after a few minutes, you will meet an old acquaintance of the fans: Six.

Six is ​​the protagonist of the first game, this time however presented without his characteristic yellow raincoat. Previously, Six made his way in his nightmares alone. However, this time Six acts as a shoulder to the brave Mono and will help him along the way. The latter has some arrows in his bow that his predecessor did not have.

For example, Mono is capable of using axes and blunt objects both as tools to progress and as weapons to protect himself and his friend from enemies. In addition to this, during the game you will find some objects such as a torch or a remote control. Consequently, compared to the first chapter, here you will find fewer sections “in the dark”, but more runaway sequences or purely puzzles.

As you may have guessed, there are some new small fights. These are against some of the monstrosities that you will encounter along the way. The linearity of Tarsier Studios’ game remains unchanged, with a slightly deeper vertical development of the maps. Finally, hats are also scattered throughout the game world. Once found, hats can be equipped from the pause menu to give a new look to your little hero. 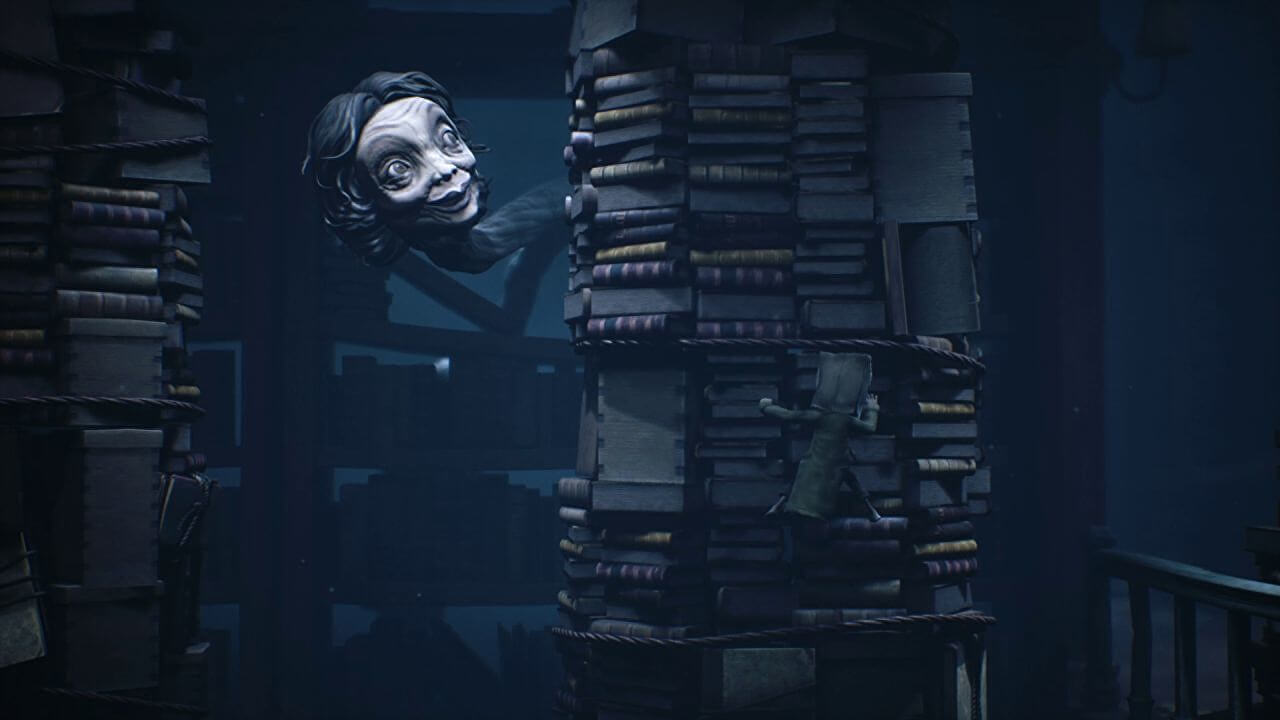 While the structure of Little Nightmares 2 does not vary too much from the first, the same cannot be said in the narrative. If the narration of the first game could be cryptic and inconsistent during the course of the adventure, here you will find yourself in front of a small masterpiece. The most suitable comparison that comes to mind is the one with the Goosebumps series. As in those comics, Little Nightmares 2 tells a linear story, stirred by a few “wtf” moments, with a final M. Night Shyamalan twist from a standing ovation.

Also here, unlike the first chapter, the narrative is really coherent and well contextualized. In the first Little Nightmares we found ourselves passing through different and not very connected environments. This made the adventure quite fragmented (albeit beautiful) and unnecessarily cryptic. Here, on the other hand, Tarsier Studios decided to outline the story and environments based on the fears that have unconsciously haunted children’s nightmares forever.

During the course of the game, you will find yourself being chased by a wicked teacher or by bullies of the elementary school. From school you will pass to a gloomy and disturbing hospital, where you will be hunted down by a very menacing doctor. And what child in the world is not afraid of a strict teacher, bullies, or of running into the knife of the dentist on duty? Finally, a disturbing deserted city, washed by a perennial rain, makes a perfect transition between the various sections. THE BEAUTY OF ART AND AUDIO

When it comes to the art direction, Little Nightmares 2 differs subtly but substantially from its predecessor. As already mentioned, the game world in this second chapter is much more coherent and contextualized than in the past. Each environment is perfectly managed and orchestrated. This is both in level design and in the choice of creatures that crowd the nightmare. The quality of the animations and models, the richness of details, and the management of lights and particle effects is really noteworthy in Tarsier Studios’ title.

To surround a wonderful artistic sector, there is also an excellent audio sector. Take note that this is mainly composed of a sound design of the highest level. The music includes both themes already heard in the first game and unpublished music composed for the occasion. Last but not least, it is clear how the team has indulged itself with references to horror culture (and beyond). In fact, you will find very clear references to “The Ring”, or to the more recent “The Haunting of Hill House”.

The only negative details that I have to talk about in my Little Nightmares 2 review, lies in the technical sector. Tarsier Studios’ title is almost flawless. Take note that the game runs perfectly on any platform. Mono responds well to commands and in the numerous co-op sections the computer AI always works as it should.

The only drawback of the experience is found in the PC version. This is a small bug that forced me to restart the game twice from the last checkpoint. I would like to clarify that the checkpoints in the game are a lot and very close to each other. However, these small bugs do not affect the final rating of the game experience too much. Another very small flaw lies in the positioning of the camera.

This occasionally makes the player run into really ridiculous and unexpected deaths. For the rest, as already mentioned, Little Nightmares 2 is statuesque. The game is very solid, the interactions work perfectly with any object and with any enemy, and the various runaway and stealth sections are really well managed! 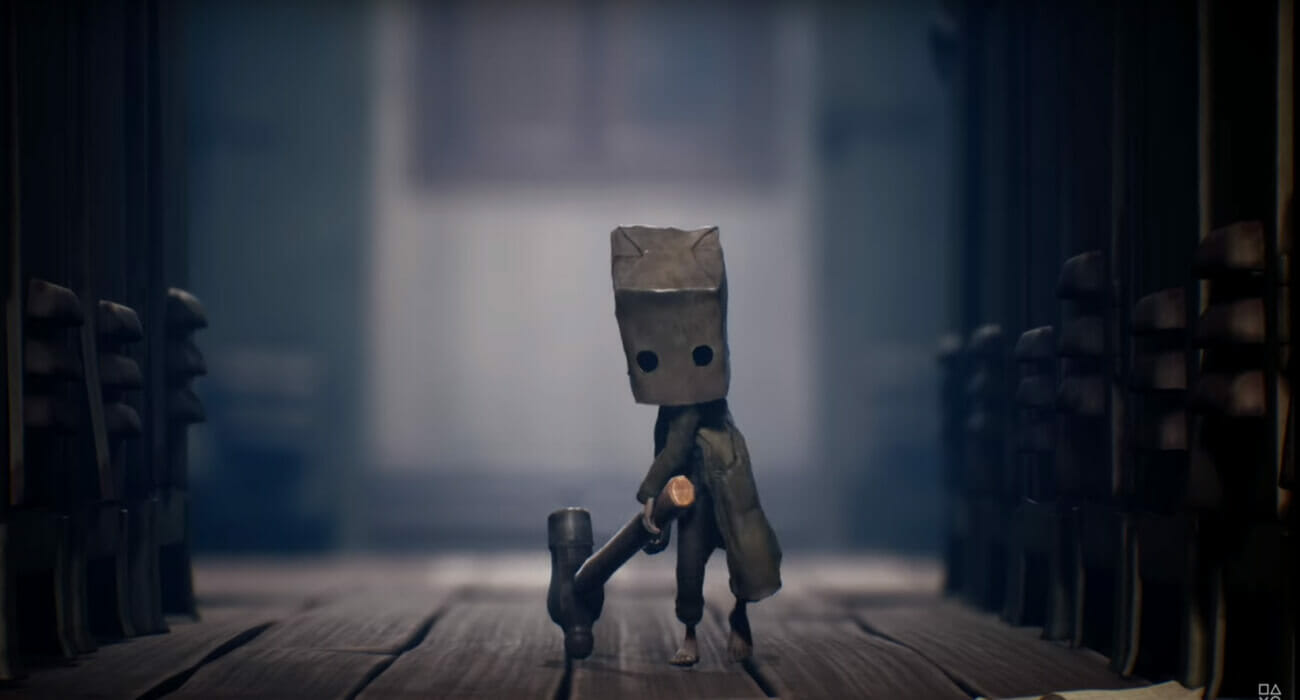 Do you want to try Tarsier Studios’ Little Nightmares 2? What do you think of my Little Nightmares 2 review on PC? Please leave your thoughts in the comments below. Are you interested in more games? Check out our reviews for Olija, Sword of the Necromancer, Luciform, Project Starship X, The Pedestrian, Hitman 3, and Morbid: The Seven Acolytes.

I loved the game from the first to the last minute. The game is artistically flawless, the story is engaging, and full of twists. It will not fail to make your skin crawl. Little Nightmares 2 enters by right among the best indie games ever produced, and must be played by any cinematic horror and video game lover!

Should RPGs Have an Easy Mode?