Sword of the Necromancer Review

A dungeon-crawler with a randomness aspect that may haunt you!

Sword of the Necromancer DEALS

November 2020. Around about then, this dungeon-crawler originally would have released. However, it was postponed for not having to compete with the triple A’s coming out at that time. I am talking about the latest Grimorio of Games effort, Sword of the Necromancer. The game is available for all platforms and their next gen counterparts. You can play it on PlayStation 4, PlayStation 5, Nintendo Switch, PC, Xbox One, and Xbox Series X / S. Take note that there are no substantial differences between one version and another. Here is my Sword of the Necromancer review on PlayStation 4.

THE STORY OF TAMA AND KOKO

Your adventure begins quickly, introducing you immediately, after a short introduction cutscene, to the gameplay. Your protagonist Tama has the task, thanks to the power of the necromancer’s sword, of bringing back her traveling companion and priestess’ life. Koko lies reclining inside what looks like a sanctuary. Here, in fact, you start to understand the story of Sword of the Necromancer.

This will push your character to explore in depth the areas that make up the dungeon where the action takes place. The entire story tells of these two characters. Koko commissioned Tama to escort her on her wanderings and escape from her family home because of the theft of a precious heirloom. Take note that how Grimorio of Games narrated the game is more interesting than the events themselves. 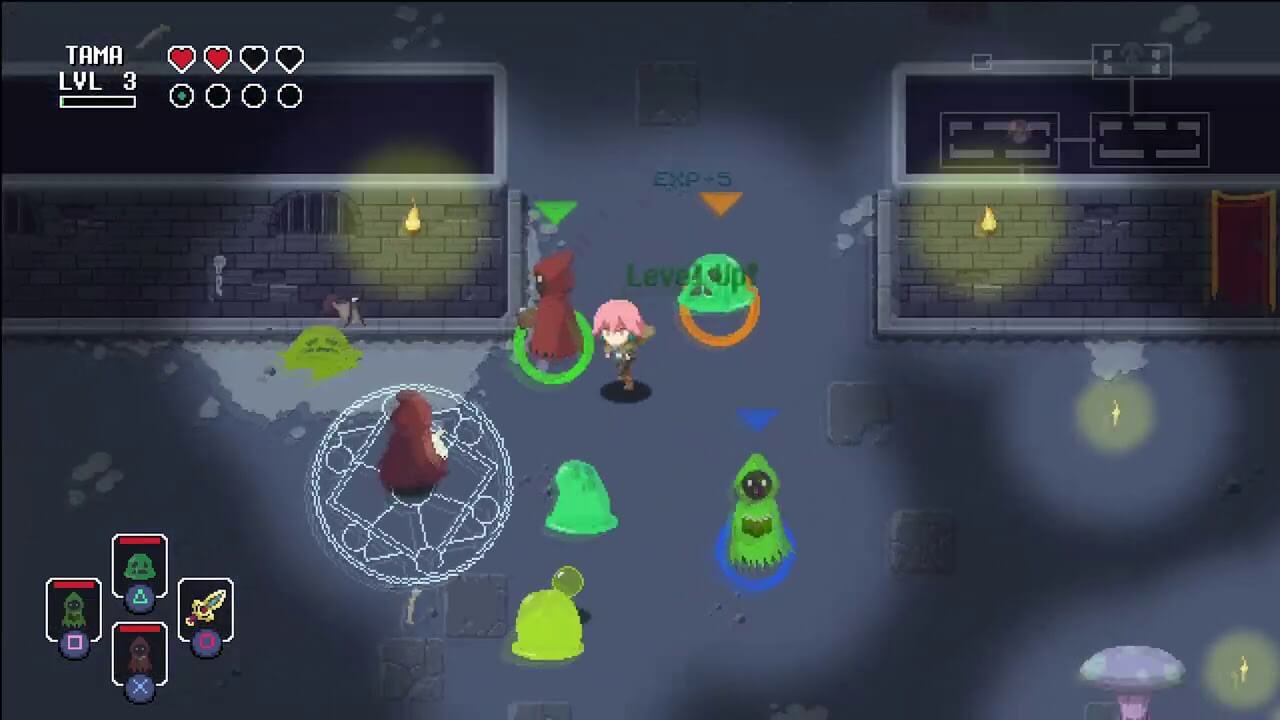 Sword of the Necromancer therefore alternates between stages of gameplay and light novel-style screens. During this, you will see how the relationship between the protagonists grows and how to get to the end of the game. In fact, everything is told through a sort of alternate montage in which you will gradually discover how Koko actually died. These sections are particularly tedious, as it constantly involves reading and running text sequences.

They created these sequences with no peak of creativity at all. There are flat backgrounds and sometimes just plain bad illustrations. However, within Grimorio of Games’ title, it is also fair to mention the presence of some anime-style cutscenes. In this context, it definitely sweetens the experience. The latter is in fact well made, with convincing drawings and animations. Let’s move on to the most important part, the gameplay.

Grimorio of Games’ title plays like an action RPG with roguelike elements. The structure of the game world is that of a dungeon crawler. The concept is very linear and simple. Basically, the player will have to make his way through the various levels that make up the vast setting. The game guarantees the passage between one level and another by the recovery of a key. This allows entry into the room of the classic boss fight for that specific level.

I will say it now, Sword of the Necromancer is not a title for everyone. In fact, the experience could turn out often very frustrating if you are not used to the genre and ecosystem of titles that this genre has given birth to. Take note that in this game, the loot, the amount and type of enemies, and the structure of the dungeons themselves, change randomly.

With many games, this randomness aspect works very well. However, here it just did not! It somehow weakens your abilities as a player. You can try to learn the timing of the attacks and the different moves of the enemy, but you will just fail miserably. The game also has a very low duration, and it is possible to complete it in only a few hours. 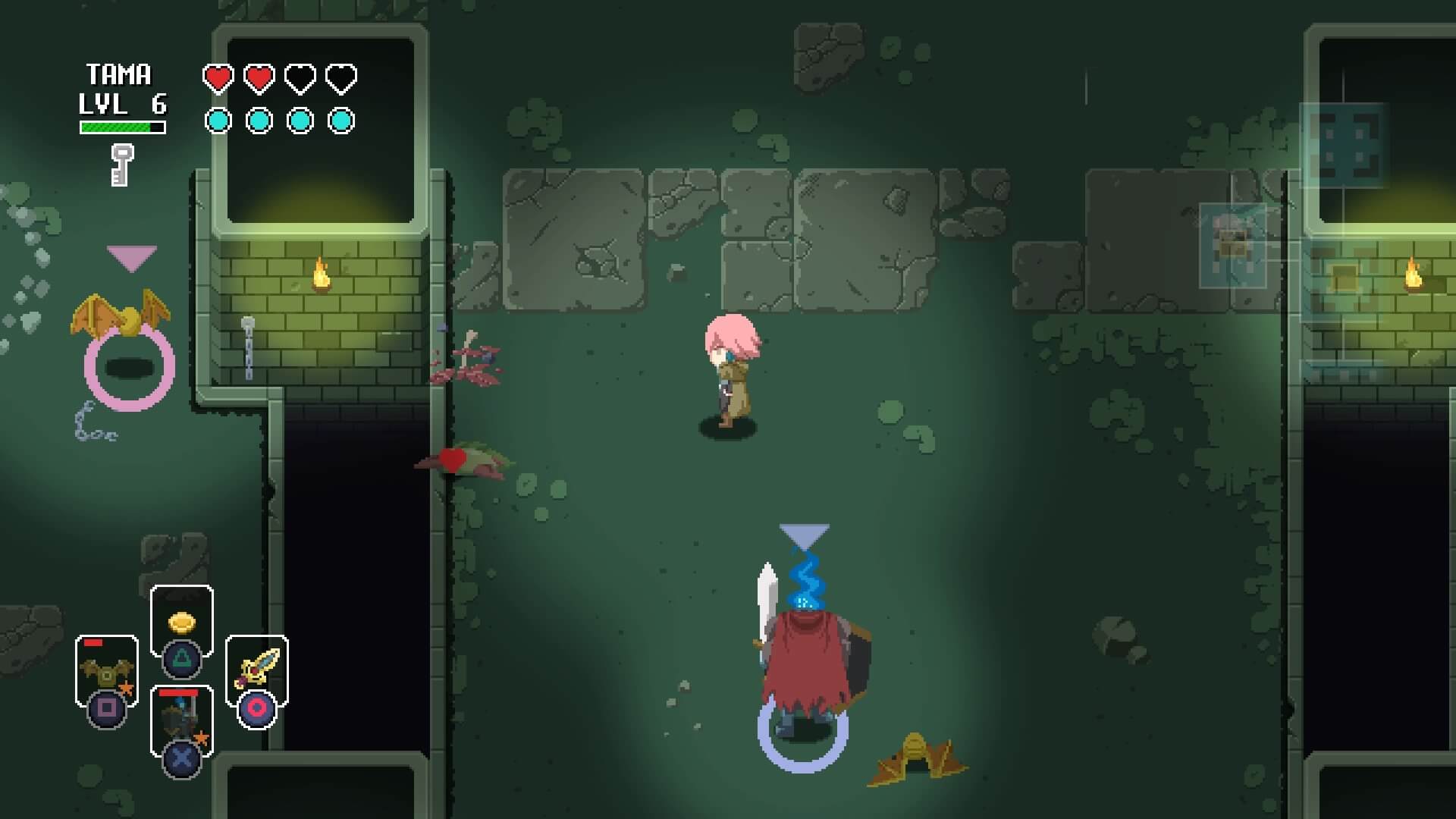 In the game, you can use different types of weapons with unique characteristics. From the classic simple sword, to halberds that extend the range of the attack, up to bows and arrows. Besides these, you can use spells, healing potions, and even items that confer passive abilities. During Grimorio of Games’ Sword of the Necromancer, you will also be able to upgrade your favorite weapons.

However, the combat in the game doesn’t come down to that. Unlike other games in this genre, here you can resurrect defeated enemies and use them as allies in combat. Between slimes, bats, knights in shining armor, and demonic wizards, you can call anyone you want to help you. Take note that you need to defeat them first. I certainly appreciate the latter mechanic, but the game treats these captured monsters as items.

You only have 4 available slots to fill, and this will definitely limit your decision-making capabilities. In fact, you can choose where to allocate your equipment inside the slots. This will lead you to economise on resurrecting monsters left and right. Bosses deserve a special discussion. As mentioned, at the end of each level, once you have found and recovered the key, you can access the boss’ room.

When you arrive in these slightly larger areas, some tough battles will await you. Here you quickly need to memorize the pattern of the boss and make sure you defeat it before that randomness aspect comes into play. These are challenging from the start and always with unpredictable attacks. This is very difficult, not only for the types of attacks but also for their particular resistance, given the high number of hp. 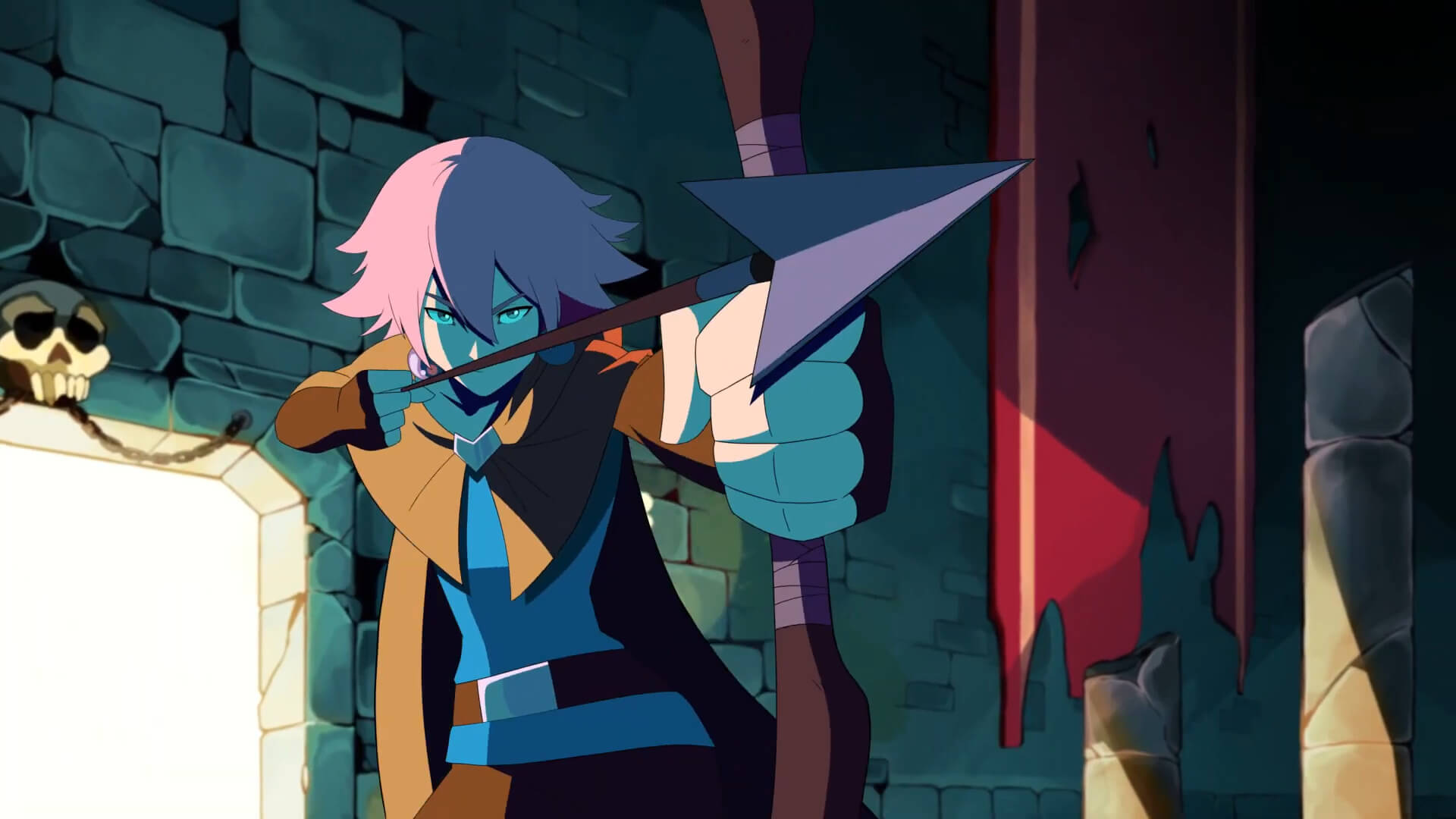 Some aspects of Grimorio of Games’ title works, but most aspects unfortunately don’t! Discovering all the weapons and monsters in the game (including bosses) together with the desire to know how your companion actually died, are the only reasons behind the will to play Sword of the Necromancer. Although the overall plot is somewhat satisfactory in its own weird way, the narrative, in general, is not so entertaining. If you are willing to let all the bad things slide, I can comfortably tell you to try the game for yourself!

Sword of the Necromancer

The gameplay itself is not able to entice the player to continue finishing the game. This is both for the randomness aspect and above all for the flatness and banality of the dungeons. The game environments are all the same and repetitive, just like the monsters, without a particular characterization.

Sword of the Necromancer DEALS

[…] your thoughts in the comments below. Are you interested in more games? Check out our reviews for Sword of the Necromancer, Luciform, Project Starship X, The Pedestrian, Hitman 3, and Morbid: The Seven […]