The Magical world of Muscles 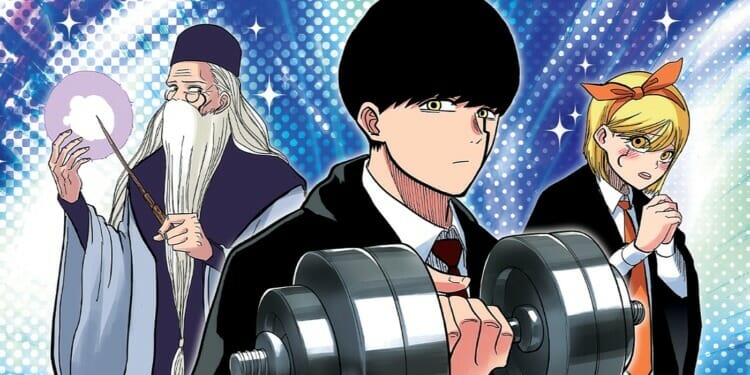 Mashle: Magic and Muscles Chapter One, is a new manga adapted for the weekly Shonen Jump line up by Hajime Komoto. Asides from just being an original, interesting looking manga, what grabs the attention of many readers is its obvious yet unique similarities of One Punch Man and even Mob Psycho 100. Unlike these series, it resembles; however, Mashie doesn’t leave off as strong of an impression. 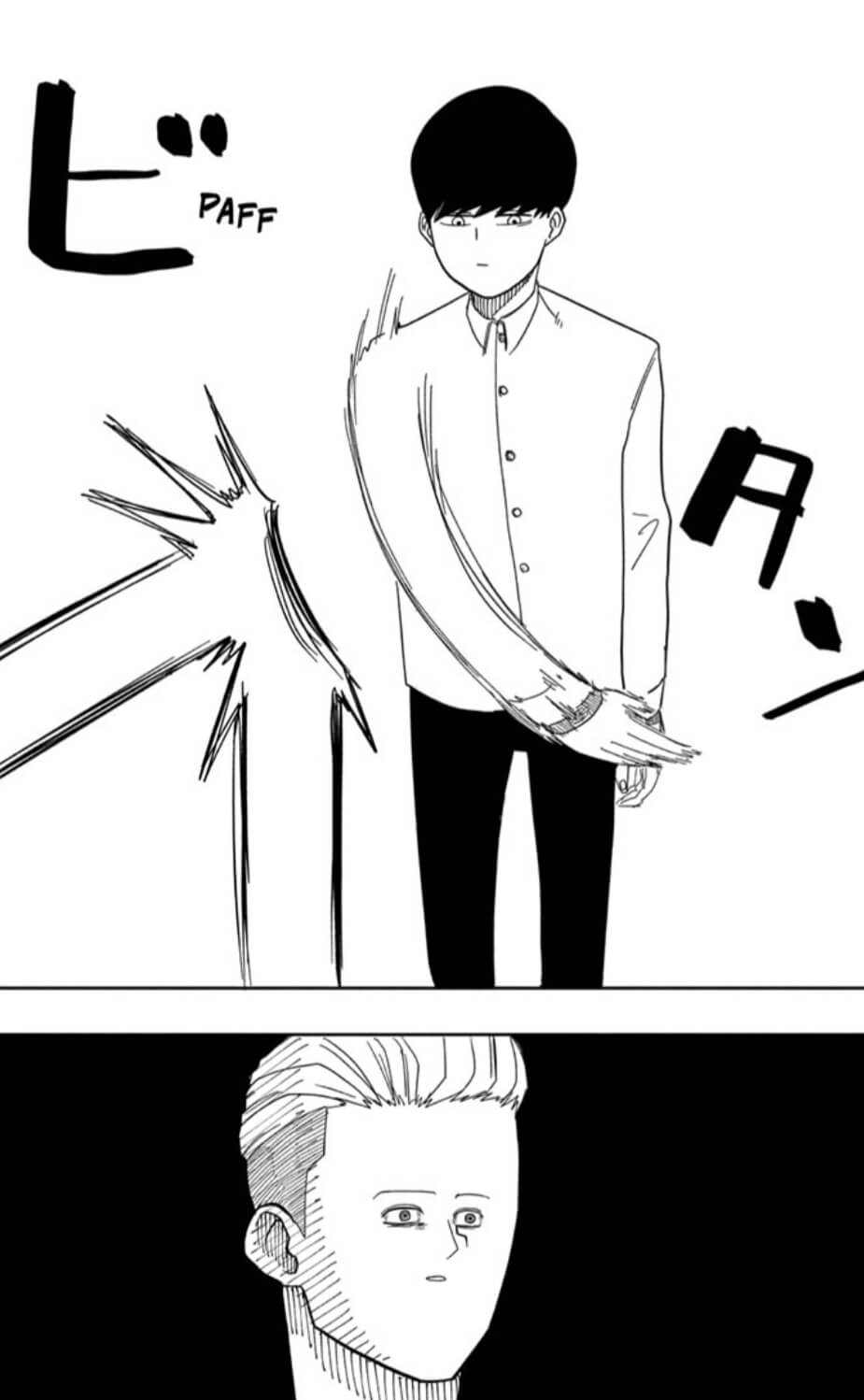 The defining feature seems like the usual cliché; an overpowered character with a quirky attitude. Though I’m getting ahead of myself, fist the premise; Mashle tells the story of Mash Vandead, a non-magical teenager in a world of magic. Fans of anime will realize how cliché it already sounds even comparing it to that of Black Clover. While that may be true, it doesn’t really matter as the trope has been used so many times in anime and manga, that it’s become extremely washed up (also I’m not a fan of BC).

Though there are obvious similarities, that seems to only be on the surface. Some differences make it stand on its own. For one, unlike Mob or Saitama, Mash is a character that is driven by his goals. Though a bit blank, he isn’t a pushover by any means, and he’s ready to fight off anyone who gets in the way of his lifestyle. He was brought up by an old wizard who acts as a father figure to him and shares many things with. 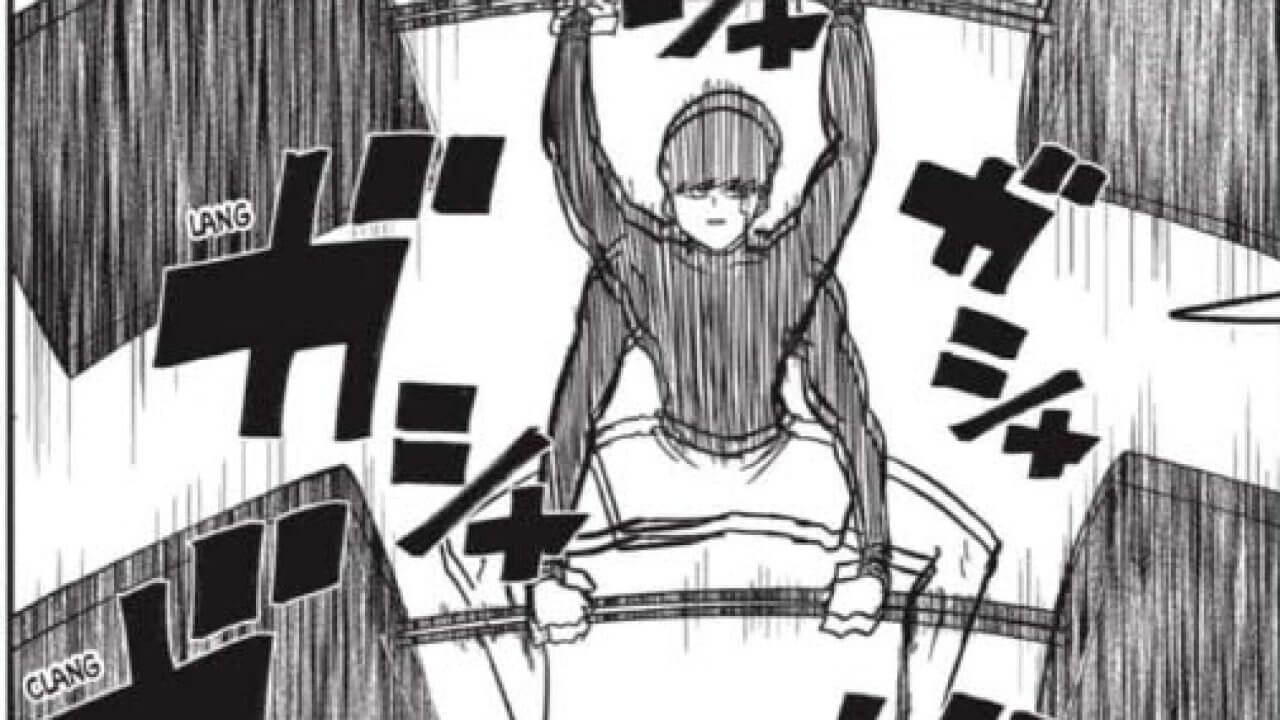 Being his only family, he strives to protect him. Right from the first chapter, we get to see how Mash thinks and his view of the world. Which I found very refreshing as a lot of manga take more than a couple of chapters to get to its central theme. Whereby in Mashle, the characters already show potential growth.
Mash is among those who can’t use magic, so his father figure Regro convinces him to take up weightlifting to compensate for his lack of magical abilities.

Mash lives a simple life, mostly being sheltered from the rest of the world and obeying his father while pumping iron. Till a faithful day, he ventures out to get some more of his beloved cream puffs against Regro’s wishes. As a result, he’s nature is found out, and he is pursued by some shady cops but manages to fend off their attacks with no effort whatsoever. (How he can fend off magical through sheer force alone, I’ll never understand. But hey, this is a manga).

Alas, he is forced to make a tough decision: either earn society’s respect by enrolling in a magic school, or be hunted down continuously as a pariah.

This is simply because, in Mash’s world, those who aren’t able to use magic are not allowed to be free and are eradicated from the gene pool to avoid more of them populating the world. Though he reluctantly agrees to these terms, Mash doesn’t take the threat lying down and promises to become the best and highest-ranking student in the school, with no powers at all. 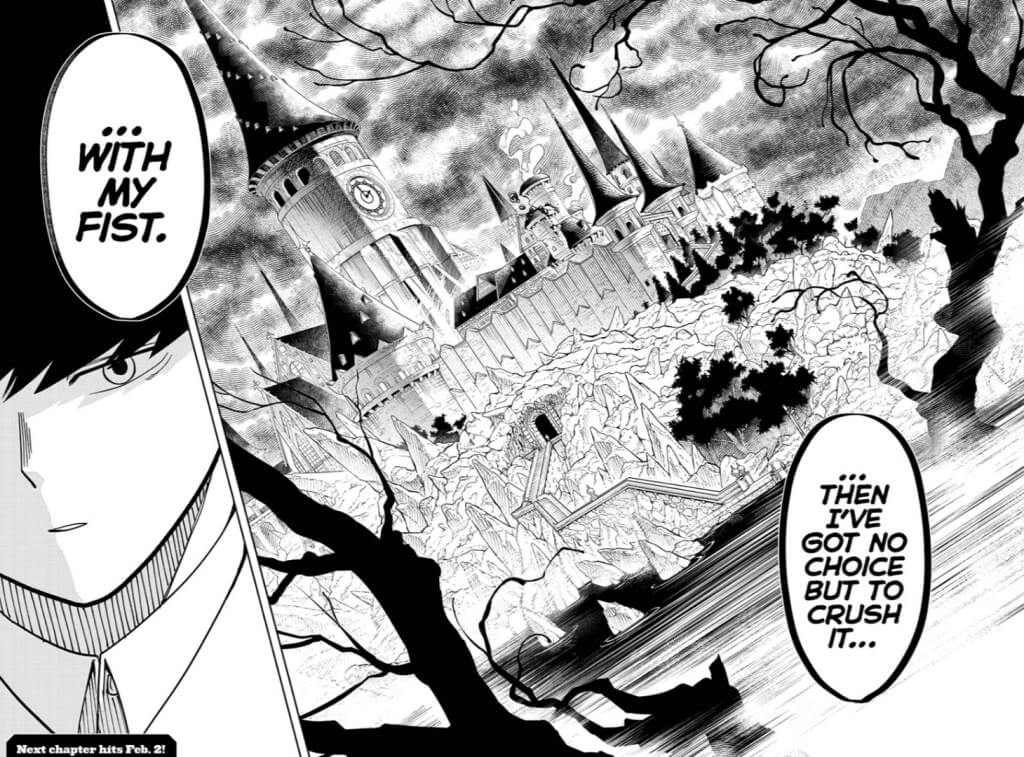 The story takes a lot of different turns you wouldn’t expect it to. Especially for an anime that’s meant to be comedic and one which has a very clichéd premise. Clichéd though it might be, its still quite an interesting premise. The story is highly mixed, showing its flawed dark societal systems but tries to implement some light-hearted elements as well.

For now, though, I’m very interested in seeing where Hajime Komoto takes the series in subsequent chapters, whether it be outrageous comedic antics with its school setting, a more serious mood, or the continued mixture of both. It’ll also be interesting to see how Mash will deal with leaving his sheltered life and being thrust in a school setting, having to deal with his problems not with magic but pure muscle.

The first chapter already sets the tone for its underlying plot. Now it just needs to follow through and hope it turns out great. Though Komoto, the author, doesn’t have much of a track record, he’s done some previous one-shots on other magazines. That’s about it though. He’s not particularly known, and his writing could use more work. Nevertheless, I look forward to continue the next chapters.

If you’d like to join me in reading the next chapters, you can do so at VIZ Media

Do you lift? Are you interested in checking out this Manga? Let us know in the comments section below.